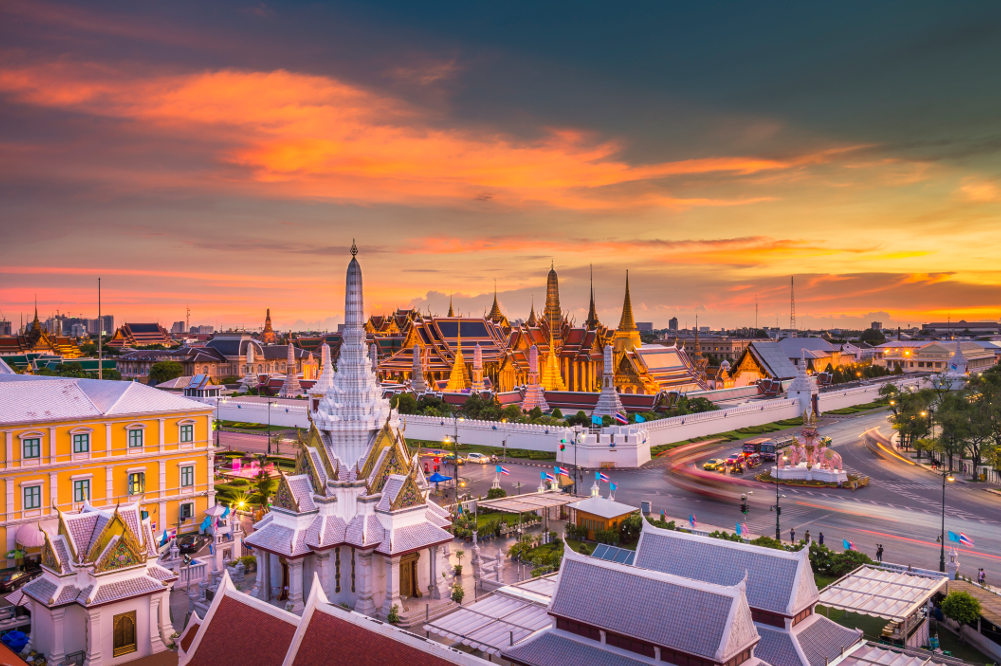 When you first arrive in iconic Bangkok, it's hard to know what to expect. Inundated by the exotic sights, sounds and aromas of Thailand's most populated city, you could easily spend months trying to get to know the place and still manage to discover something new around every corner.

Walking through the streets, you're likely to notice the duality of the city. Modern shopping malls and neon lights share space with colourful wooden barges bobbing along the canal.

It stands to reason that Thailand is home to some of the most incredible architectural demonstrations of devotion in the world. Experience them for yourself on a memorable Thailand holiday.

You don't have to be a believer to be inspired by these three awesome temples right in the middle of the capital.

Also known as the Temple of the Emerald Buddha, Wat Phra Kaew is situated by the banks of the Chao Phraya River that snakes its way through the middle of Bangkok. Located on the grounds of the Grand Palace, the temple is one of the city's most popular attractions, and is centred around the treasured artefact of the Emerald Buddha.

Carved from a single block of jade, the Buddha measures just 66 centimetres tall and has made its way from temple to temple over its lifetime. It was first discovered in 1464 and is now housed in the radiant gold-dipped building on the palace grounds.

Visitors aren't permitted to take photos of the Buddha and you need to wear fairly modest attire that covers your shoulders, and long trousers (sweatpants and sweatshirts are off limits, too). You'll have to be wearing closed shoes to enter the Grand Palace as well.

The Most Buzzworthy Restaurants In Bangkok

Many have heard of the famous 'Reclining Buddha', but no words can describe the awesome scale of the centrepiece at Wat Pho. The temple is thought to be one of the most important buildings from the time of King Rama I, and was the subject of a 16-year restoration effort that began in 1788.

While there are several incredible images of Buddha throughout the monastery, the colossal 46-metre-long reclining Buddha is housed in a purpose-built assembly hall that was constructed around the statue.

As with Wat Phra Kaew, modest dress is required, but men are permitted to wear shorts. Be prepared to remove your shoes before entering any religious sites within Wat Pho. Women aren't permitted in some areas where the monks perform their sacred rites.

Across the river you'll find Bangkok's iconic, slender Wat Arun, or 'Temple of the Dawn'. It's recognisable by its central, almost pyramid-like structure known as a 'prang', a Khmer-style tower reaching up some 80 metres into the sky.

If you've been wandering the grounds of the Grand Palace or paying your respects at Wat Pho, you can walk down to the river and catch a quick ferry across at Tha Tien Pier.

The central prang is decorated with porcelain fragments originally used as ballast on Chinese ships, forming a mosaic effect that catches the light. If you intend on climbing up, bring good shoes - while the ascent up the steep steps isn't an easy one, it's certainly rewarding in terms of the river views.