TRAVEL BLOG A Guide to Angkor Wat: Temples You Must See

A Guide to Angkor Wat: Temples You Must See

There are few places in the world that can match the majesty of Angkor Wat. It’s the globe’s largest religious monument; a collection of inimitable structures that are preserved in jaw-dropping detail to reveal insights into an ancient civilisation.

But ticking this world wonder off your bucket list is not as simple as showing up. Despite being known collectively as Angkor Wat, the marvels of Angkor extend far beyond the title temple. Being prepared with travel tips and information about must-see temples is the first step to a fulfilling trip. 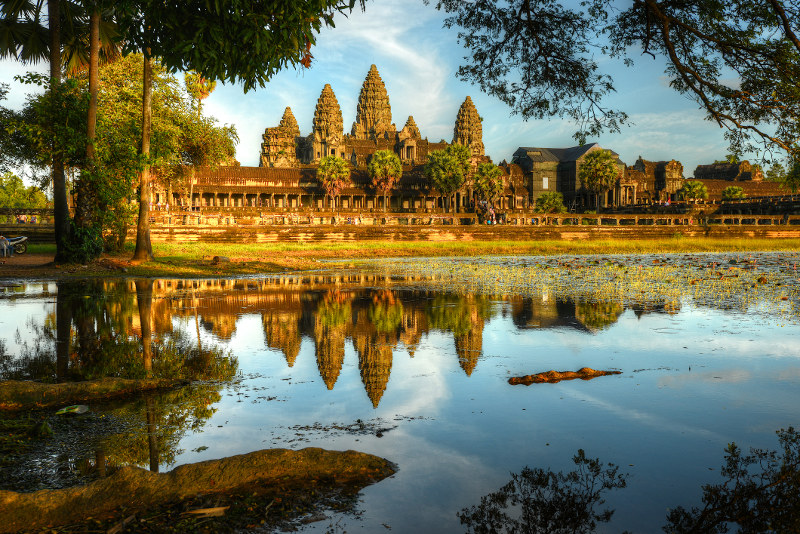 Setting out from Siem Reap

Depending on the location of your Siem Reap hotel, you can expect a 20 minute drive to Angkor Wat. Travel by tuk tuk, self drive or even cycle if you’re feeling sporty, but a private tour with a dedicated vehicle is highly recommended. It's relatively inexpensive, highly air-conditioned, and will reveal insights that you may not discover on your own. 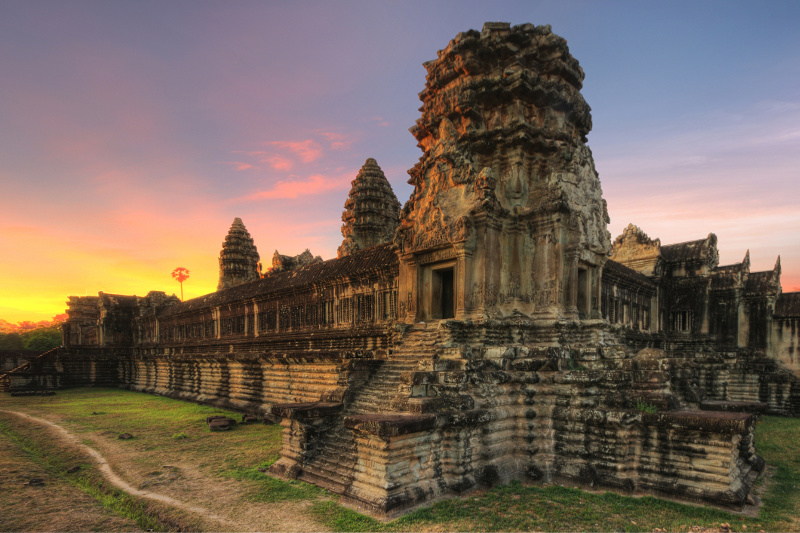 The Bakan enclosure at Angkor Wat

When you catch that iconic first glimpse of the Angkor Wat skyline, you’ll be astonished by its picture perfection. Get a little closer, and you’ll discover intricate bas-reliefs embellishing ancient walls, each with a story to tell.

In the centre sits a quincunx; four smaller towers framing a central steeple that soars to 55 metres. Within these towers lies the Bakan Sanctuary, which is managed by a scheduled ticketing system. It’s a steep climb upwards; after all, it’s not easy to get to heaven. Temple etiquette requires that knees and ankles be covered, but if you’re caught short you can always wrap up in a sarong purchased from one of the vendors outside the complex.

Leave enough time to meet the apsaras, or heavenly nymphs, who are carved into the walls of Angkor Wat. Each of the 3,000 apsaras is unique, and rumour has it there are almost 40 differing hairstyles among them. 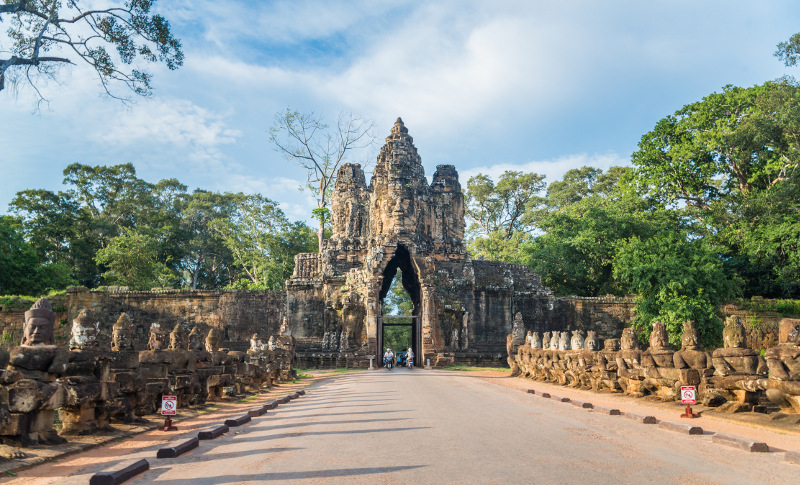 Just two kilometres down the road from Angkor Wat lays Angkor Thom. The bridge over the moat is flanked by remarkable statures of gods on one side and demons on the other.

Covering nine square kilometres, Angkor Thom was the last capital of Angkor. An eight-metre-high wall encloses the ancient city, which is more closely packed than the wide expanses of Angkor Wat. There are plenty of chances to dart through crumbling archways, explore hidden nooks and play explorer before getting to the main features, which include the Bayon. 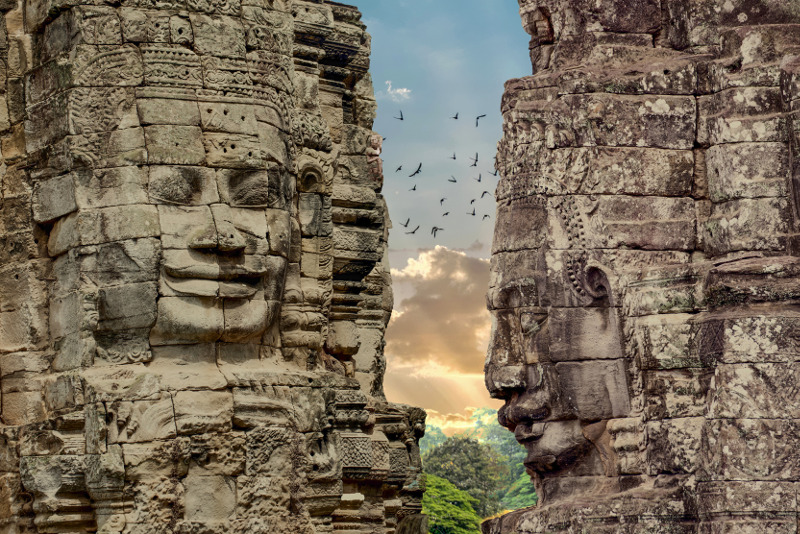 The faces of the Bayon range up to 2.5 metres in size

The centrepiece of Angkor Thom, the Bayon is famous for the giant stone faces that feature on its towers. There are close to 200 faces, the largest ones reaching more than two metres in height. Some historians believe they are the faces of a Buddhist deity, while others claim that they are modelled after King Jayavarman VII. Whoever they’re meant to be, you’ll be captivated by their serenity as you explore the intricate galleries and terraces of the Bayon.

Explore Angkor Wat on a 29-day APT tour of Cambodia, Vietnam and China. APT's Signature Experiences guarantee memories to cherish for a lifetime! Get in touch with our expert travel advisors to find out more. 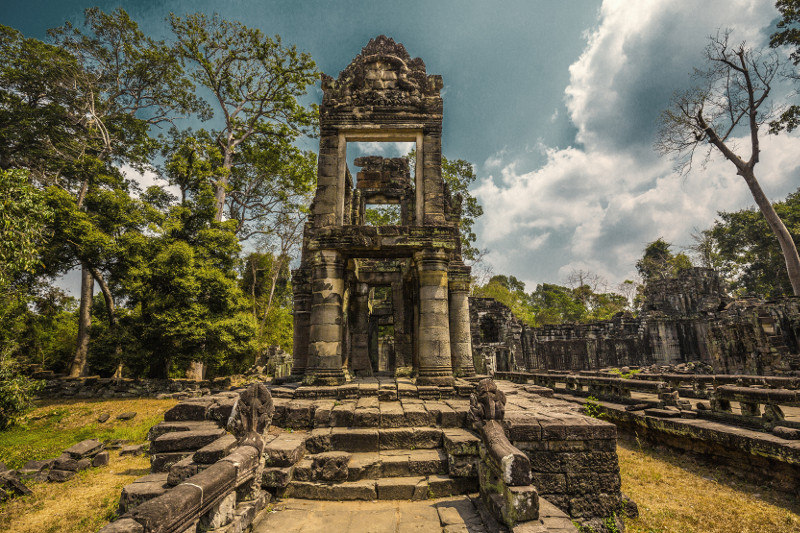 The unique round columns of Preah Khan's Two Story Pavilion

Look out for the imposing garudas that guard the walls of Preah Khan - they’re the first hint of what’s in store at one of Angkor’s most photogenic temples.

The enveloping corridors and enclosures are beautifully preserved, and many delicate apsara carvings and intricate statues can still be observed. The Two-Story Pavilion is famous for being the only surviving Angkor architecture with round columns, and is rumoured to have once held the Sacred Sword of the Khmer Kings.

Preah Khan is slowly submitting to nature. As the tree roots and moss continue to grow, so does the temple’s photo opportunities. 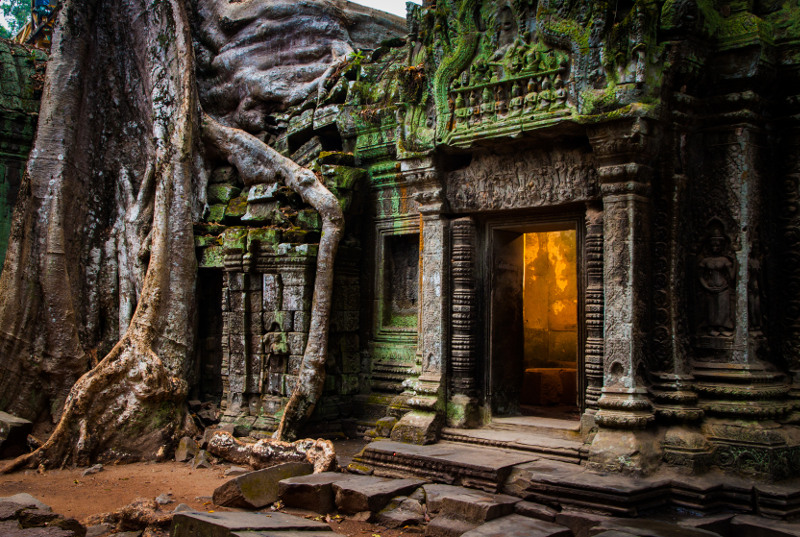 The tree-embraced ruins of Ta Phrom

The vine-draped walls of Ta Phrom featured in the Tomb Raider movie, but Hollywood didn’t need to embellish to give this 12th century temple a mystical and chilling ambience.

Huge tree roots envelop ancient archways in a fierce embrace, and the crumbled stones that result from centuries of natural persistence are a thrilling reminder of humankind’s impermanence. 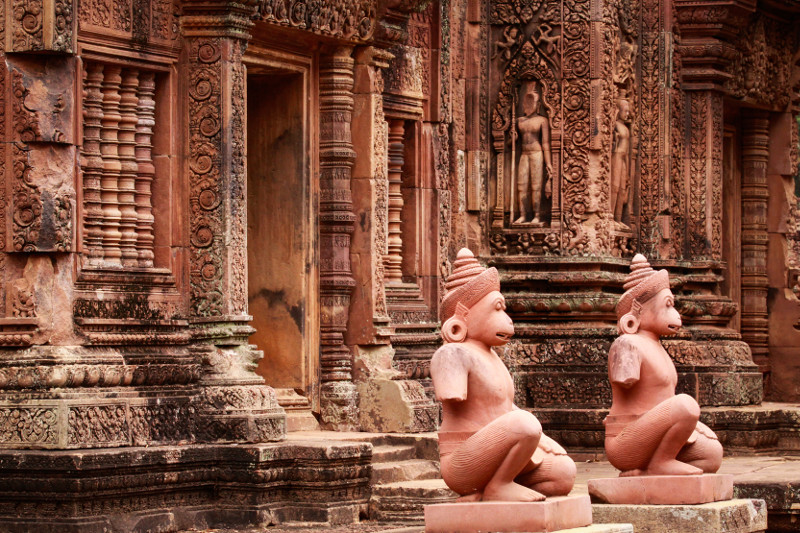 The pink stone and delicate carvings of Banteay Srei

The “Citadel of Women” is a little out of the way, but the fairytale pink sandstone buildings make Banteay Srei an Angkor favourite. The structures are smaller in stature than their towering counterparts, but the extreme detail of the carvings more than makes up for it, and may have earned the temple its name; it is said the decor is too delicate to have been created by a man.

Built in the 10th century, Banteay Srei is also remarkable for being the only major temple at Angkor not built by a king, but rather by a scholar and royal counsellor.