If you’re seeking the crème de la crème of French culture and history, then cast your eyes to the North, where the Normandy region offers an abundance of rich cultural experiences ranging from epic ancient battlegrounds to some of the world’s greatest artists and museums.

Pitching North-West of Paris, the Seine River pulses its way like a diagonal heartbeat through the Normandy countryside, providing you with the opportunity to soak in the beautiful river scenery before finally reaching the famous Normandy D-Day Beaches and portside towns of Honfleur and Etretat. 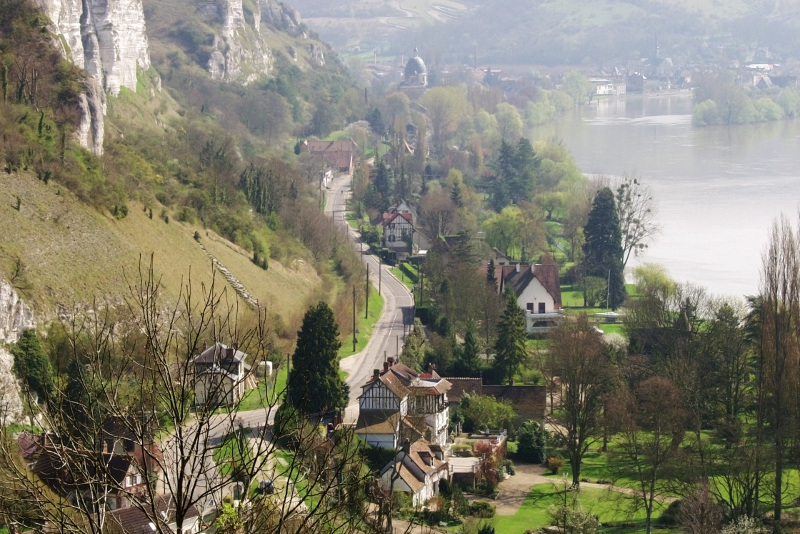 The Seine winds through the Norman countryside. Photo: Getty

Northern France not only boasts a rich and complex political history, but also prides itself on its culinary delights and is renowned for its specialisation in dairy products and seafood, as well as a world famous apple industry.

Whatever your reason for visiting this exquisite part of the world, Northern France is a place full of discovery, overflowing with surprises at every corner that will leave you with a humbled sense of admiration and wonder. 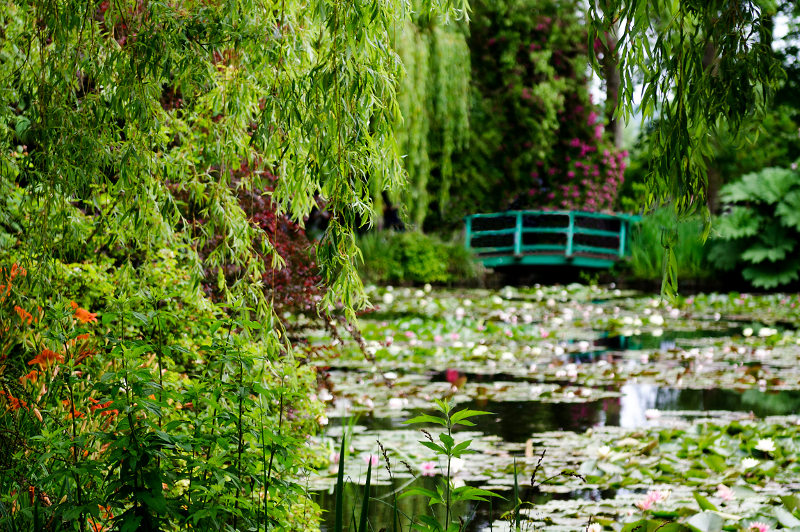 Since opening its doors to the public in 1980,  Claude Monet’s famous residence and exquisite gardens have become a national treasure. The homestead of the father of French Impressionist painting has put Vernon on the map, and will undoubtedly be a highlight of your trip.

After settling in Giverny in 1883 with his family, Monet’s estate was divided into two sections, namely ‘The Two Gardens’, with the renowned flower garden ‘Clos Normand’ to the front and a Japanese inspired water garden across the road. 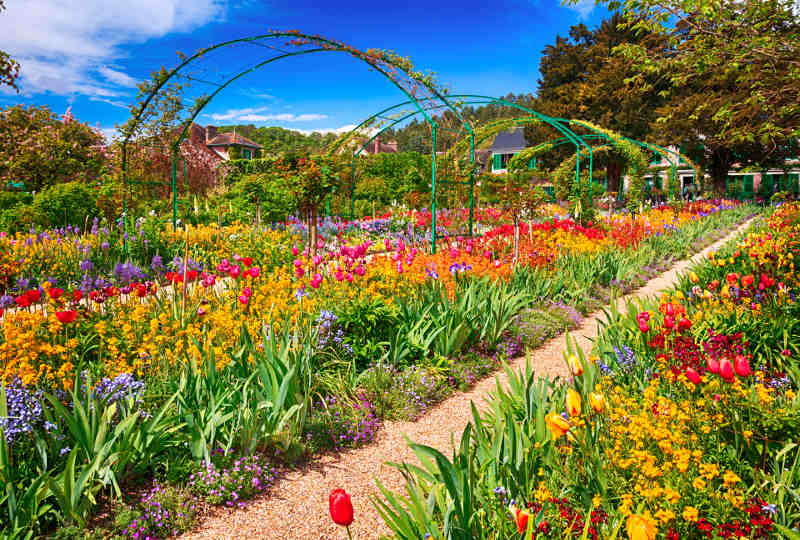 Monet drew much of his inspiration from the Normandy landscape and it’s easy to understand his love affair with these beautiful surroundings. You too, will feel as if you’re stepping back in time, waltzing across the colours of your very own canvas.

Ride The Rhone And Dine The Saone: A Culinary Cruise

Soaring views from the golfing green

Etretat is a small coastal town nestled in the Seine-Maritime department of Northern France and rests on the coastline of the English Channel. Its largest claim to fame is its fierce chalk cliff tops, including the famous “needle arch”, which menaces high above the sea below and draws thousands of tourists each year, who soak up the breathtaking scenery. 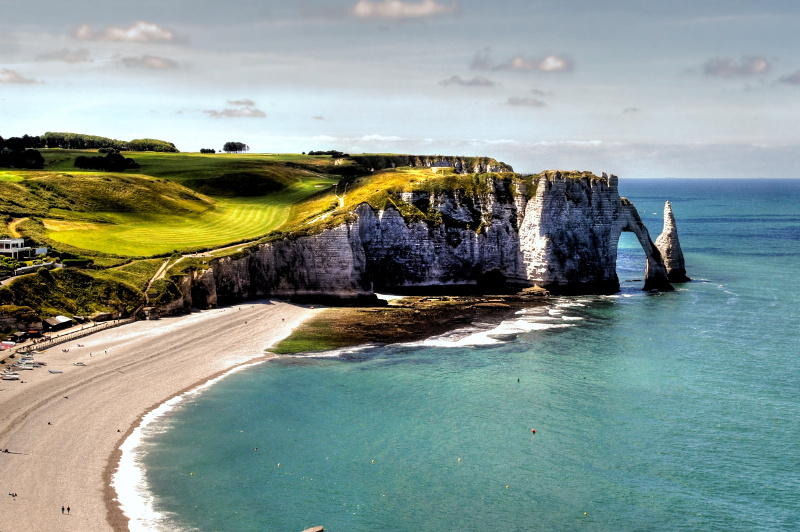 The magnificent chalk cliffs of Etretat, with their crowning golf course. Photo: Getty

For golf enthusiasts, Etretat hosts one of the most popular golf courses in France, if not Europe, with ‘Golf d’Etretat’ providing 18 courses set upon the spectacular cliff tops, spanning over six kilometres long. Founded in 1908, Golf d’Etretat was designed by Julien Chantepie, an architect of La Boulie near Paris and Arnaud Massy, a professional golfer, who to this day stands as the only Frenchman ever to have won the Open Championship.

A golfing experience of a lifetime, a putt on the Gold d’Etretat will truly make you feel alive and set your heart soaring.

A gateway to medieval France 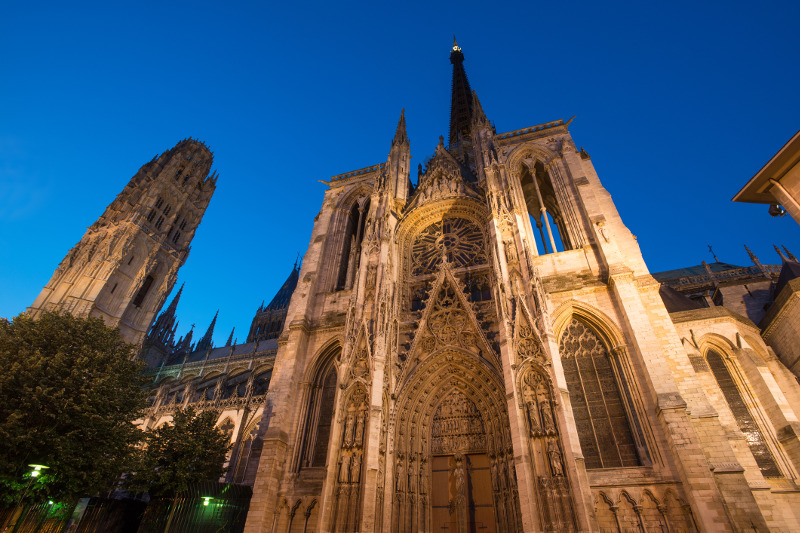 The capital of the region of Normandy is known as “the city with a hundred bell towers” and is also situated on the River Seine. Rouen was formerly one of the largest and most prosperous cities of medieval Europe.

With its geography placing it at the heart of many a battle over the years, The Rouennais (people of Rouen) have seen their share of wars, spanning from the Franco-Prussian War of 1870-1871, to World War II, which left half of the city in ruins.

Rouen is also famous for the Notre Dame Cathedral, as well as the remains of the Rouen Castle. Both sites are linked to the story of France’s most iconic heroine, Joan of Arc. 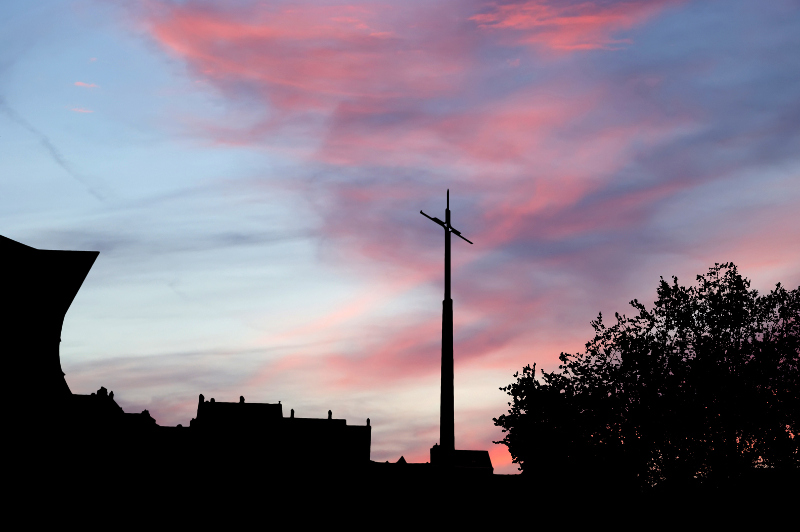 A cross at the Church of St Joan of Arc stands in the place where she was burned at the stake. Photo: Getty

Joan was imprisoned in the castle in 1431 after being captured by the English, and during her trial at the Cathedral she was charged with heresy and behaviour unbecoming of a woman. Joan was finally burned at the stake at the Place du Vieux Marché, where a church dedicated to her memory stands today.

Experience these wonders from aboard Uniworld’s much-anticipated Joie de Vivre, which will set sail on an exploration of Paris and Normandy in 2017. To book your personal adventure through Northern France, contact your local Travel Associates Consultant and start swapping inspiring tales today. 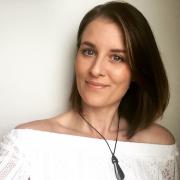 Myjanne is a freelance journalist who is passionate about travel, learning about other cultures, social justice issues and just humanity in general.
Travel runs deep in Myjanne’s veins, with a Danish father and a Kiwi mother, Myjanne had already clocked up thousands of miles by the age of three, traveling to both New Zealand and Denmark.
View all posts by Myjanne Jensen
Previous Article