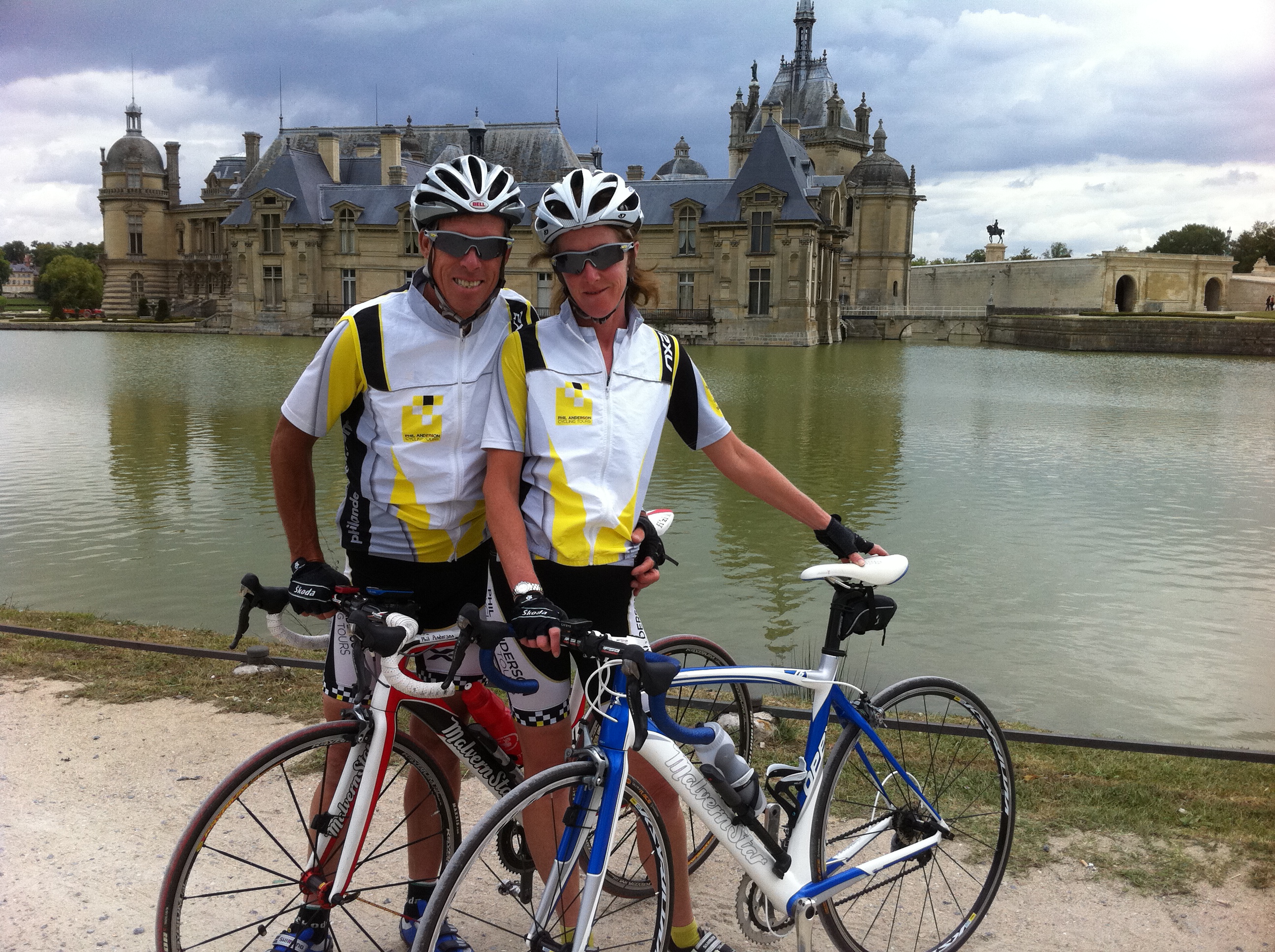 Having worn the prestigious Tour de France yellow jersey an impressive 11 times, and living most of his professional career in France and Belgium, Phil Anderson knows a thing or two about cycling – and Europe. While lending his expert knowledge as host of Travel Associates exclusive cycling river cruise in 2016, we find out there’s still plenty the Aussie cycling icon’s looking forward to on this particular tour of Europe. 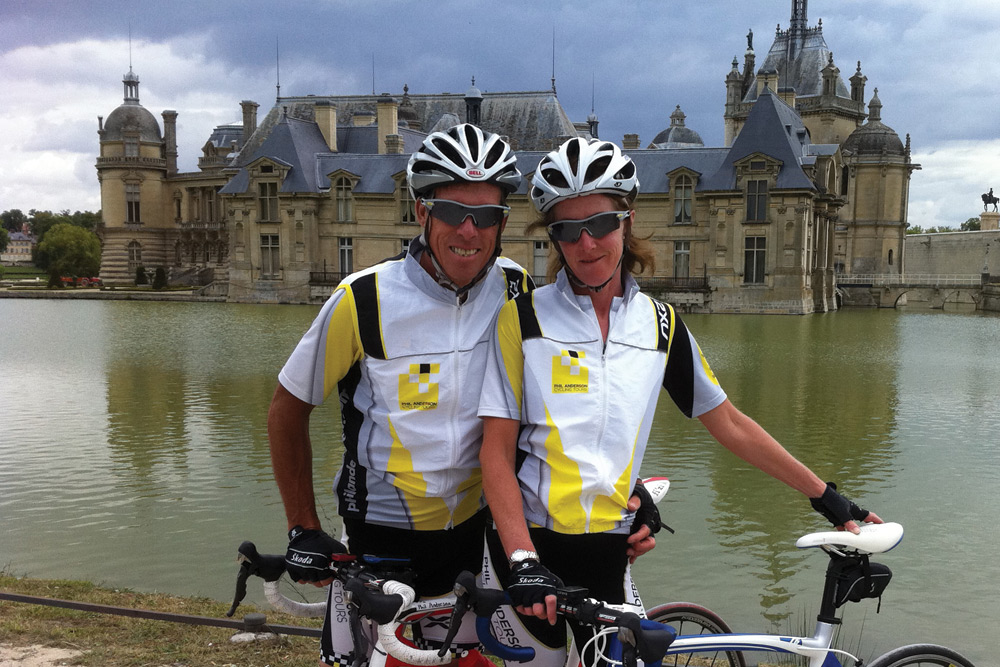 Phil has been guiding weekend warriors for many years on cycling tours of Europe, giving each the opportunity to reach individual targets. Image courtesy of Phil Anderson Cycling.

Travel Associates: Europe is one of Travel Associates most popular destinations for clients. What does Europe mean to you? Phil Anderson: Europe is the heart and life of cycle sport despite the popular spread of cycling as a recreational activity throughout the globe. I lived much of my life in Europe beginning my career as an amateur in Paris before moving to Belgium where I lived for 10 years. Finally I headed to the South of France during my final years as a pro. Steeped in culture and tradition the sport of cycling evokes the European spirit as much as the mountains, rivers, art, history and villages that shape the land. Having competed in 13 Tour de France races and numerous other tours in the region, what's the most memorable location in Europe which you've rode? Despite not being known as a pure climber, I loved the mountains. Each year I raced the Tour de France, the Giro, the Dauphine and the Tour of Switzerland and I would marvel at the beauty and majesty of the Alpes. Racing all over Europe  from the south of France,  Spain, the Mediterranean and to the North including Ireland and Britain there are not too many roads that have not been raced on, trained on or explored just for the fun of it. The order and neatness is so different to the random untidiness of Asia and the baron dryness of Australia. Around every corner is a panoramic vista boasting lofty peaks and densely forested mountains, or a new turn in the road that needed to be reached. The love of cycling new roads has taken me beyond my professional racing career to sharing this love with cycling enthusiast for now more than 25 years. 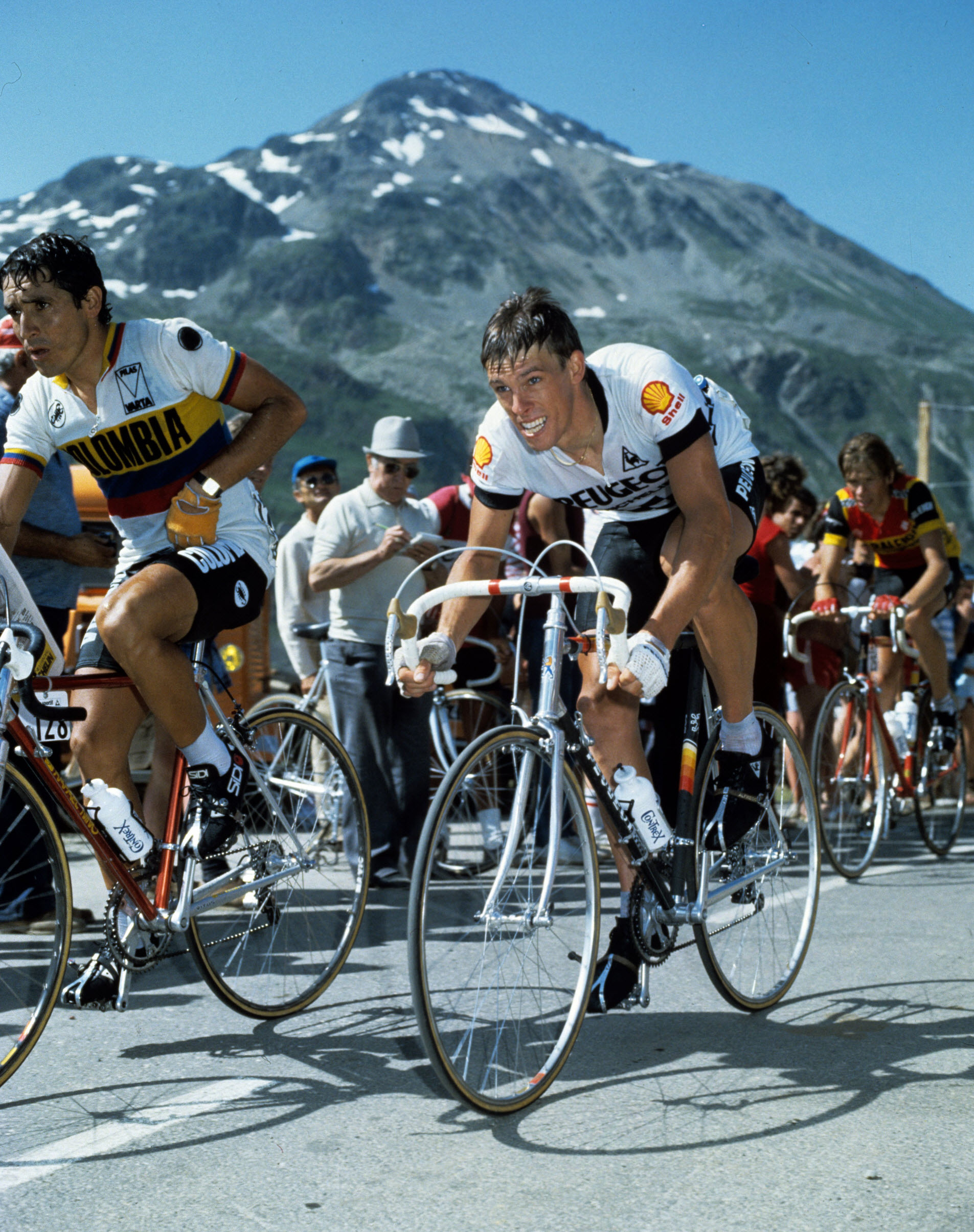 A throwback to the International Cycling Champion's competitive days in the mountains of Europe. Image courtesy of the Graham Watson Archive.

Do you always holiday before or after the Tour de France? What are some of your favourite experiences or destinations in Europe? I have had a couple of holidays in Europe post the Tour de France, the most memorable was 3 or 4 years ago when I went hiking in the Alpes with my partner. We stayed in Val d’Isiere with the intention of relaxing with some hikes. The alpine meadows full of wild flowers, animals and few tourists bewitched us, as we climbed to peaks of over 3000m in our running shoes. We were speed hiking for 3 intense days, intent on covering every trail that we could. We couldn’t walk properly for a week our legs were so full of lactic acid but it remains one of the best breaks ever. This year the Cycling River Cruise will be a combination of holidays and work before I head to the Tour de France.  There will be some great riding and I may even have to sneak off and do some extra training rides if I can.  Cycling has been a lifelong passion and is always part of any holiday. Cycling is a great way to explore, take in your surroundings. The experience is real, the wind and sun on your face, the smells of the land and villages.

The Cycling River Cruise will take guests along the waterways of Europe to historic towns between Budapest and Amsterdam. What are you looking forward to most outside of the cycling? I have ridden in almost every part of the world, living out of a bike bag from hotel to hotel. I am so looking forward to unpacking my bag and bike, staying in one place, but being presented with an opportunity to ride in a different place every day. Choosing which days to ride allows time to recouperate between rides and involve myself in other activities with friends and guests. I love hiking and I am looking forward to the walking tour of ancient, beautiful Regensburg. I am anxious to explore the middle ages village of Miltenberg (day eleven) and immerse myself in interests other than cycling. During the second week of the Cycling River Cruise there is a section of the river just downstream from Rudesheim, named The Rhine Gorge, which I have been told not to miss. This will be from the deck of our ship and is supposed to be truly spectacular. 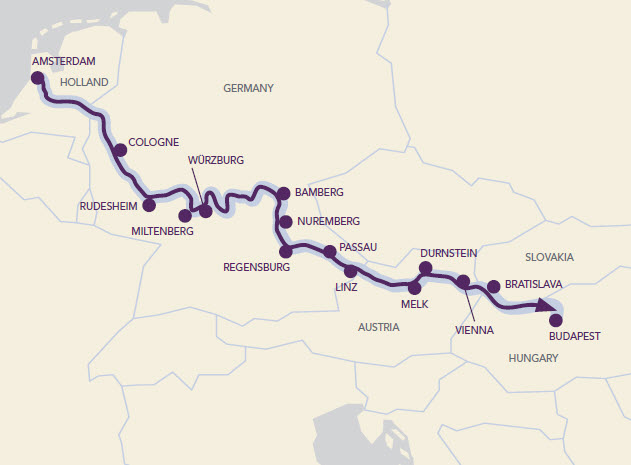 15 days, 15 cities and 5 countries: Avalon Impression will meander through the heart of iconic European countries from Budapest to Amsterdam on the Cycling River Cruise.

Turning our attention to the seven rides you're mapping, will these be geared toward enthusiasts and how challenging will they be for riders? Our rides will vary from very flat days to days that take in challenging hills (but not mountains) on routes carefully selected between 60 and 100km. I have been guiding weekend warriors for many years over high mountains and long roads giving each the opportunity to reach individual targets on cycling trips. The hills will be similar to any found in outer suburban Melbourne, Adelaide and Sydney and are able to be managed by almost every level weekend warrior. We will ride groups, splitting depending on competency levels allowing for those who want to have a hard hit out on some sections of the course the opportunity to do so. There will be days when much of the riding is along bike paths and of course on the quiet country lanes that we expect in Europe. There will be a support vehicle on our rides to assist if fatigue sets in, or should you really only just want to ride half of the course, and to provide the mechanical assistance that could be necessary from time to time. 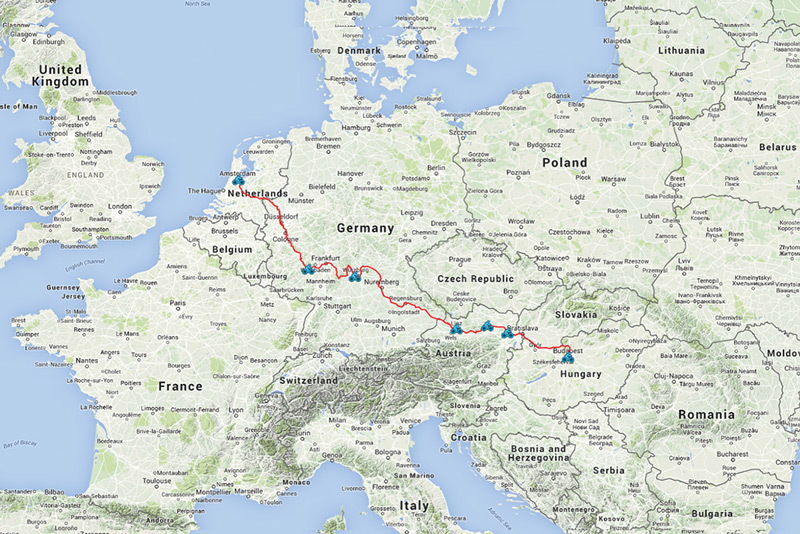 What are a couple of the highlights cycling enthusiasts can look forward to as part of the ride(r)s you're working on? Which ride are you most excited about? On day six of the Cycling River Cruise we have our longest ride and we are chasing the ship along the Danube; our mission should you choose to accept, is to beat the ship to port. This will be the flattest of our rides and includes a ferry crossing mid-way. There is a good chance that Phil Liggett will join us no doubt providing commentary on the chase all the way! Personally, I look forward to day 5 when we get the chance to stop mid-ride and tour the 11th Century Gotteig Benedictine Monastery. I believe the monks here cook up a mean home-brew and although a mid morning brew is not out of the question in this part of the world, we may have to leave some space in the van for a slab or two that we can chill and taste later in the day. Quiet roads, a 70km hilly circuit, an ale at the end of the day, it doesn’t get much better than that. Phil Liggett will be joining yourself and guests for a leg of the journey and a ride or two. What does it mean to share this experience with him? What sort of stories will you share with guests? I have known Phil for many years, his commentating career starting a few years prior to my first appearance at le Tour and we have been friends ever since. I have worked beside him a few times in the commentary box and edit suite. He is the consummate professional and astounds everyone in the business with attention to detail and innate understanding of the processes that happen behind the scene. He is a cycling guru, but also a man of many passions and interests. I’m looking forward to sharing some laughs and stories, old and new of our world on wheels. Phil is no slouch on the bike either, in his early years he tried racing pro.  Realising early that he was perhaps not good enough to reach the upper echelons of the sport he turned to commentary but has continued riding every day.  He will surprise a few of you.

Travel Associates will be donating a portion of every booking made to the Amy Gillett Foundation. Can you tell us what the Foundation, and it's work, means to you? Our aim is to make the roads a safer place to ride and reduce the incidence of injury or death to any cyclist. It is a huge challenge given the growing numbers of vehicles on roads struggling with the load coupled with the popularity of cycling as a recreational tool and mode of transport in Australia. I believe that a huge cultural shift is required to alleviate the pressures on all road users and the Amy Gillett Foundation is helping to kick those goals, with advocacy and now new legislation is slowly been rolled out across Australia (a metre matters). Law changes allow us to roll out changes far more effectively to mutually benefit all road users. Having travelled to the Tour de France every year since retirement, do you have any advice for people travelling to (or extending on) watch the event? Historically the Tour de France organisers do not give away too many of the details before the official route announcement in October each year prior to the Tour. We do know that the Mont-Saint-Michel will feature as part of the Grand Depart, and that the first 3 days will be a salute to the Normandy landings in World War 2, with 2 road stages that provide a very early picture of who will wear the sprinters jersey and contend for overall victory.