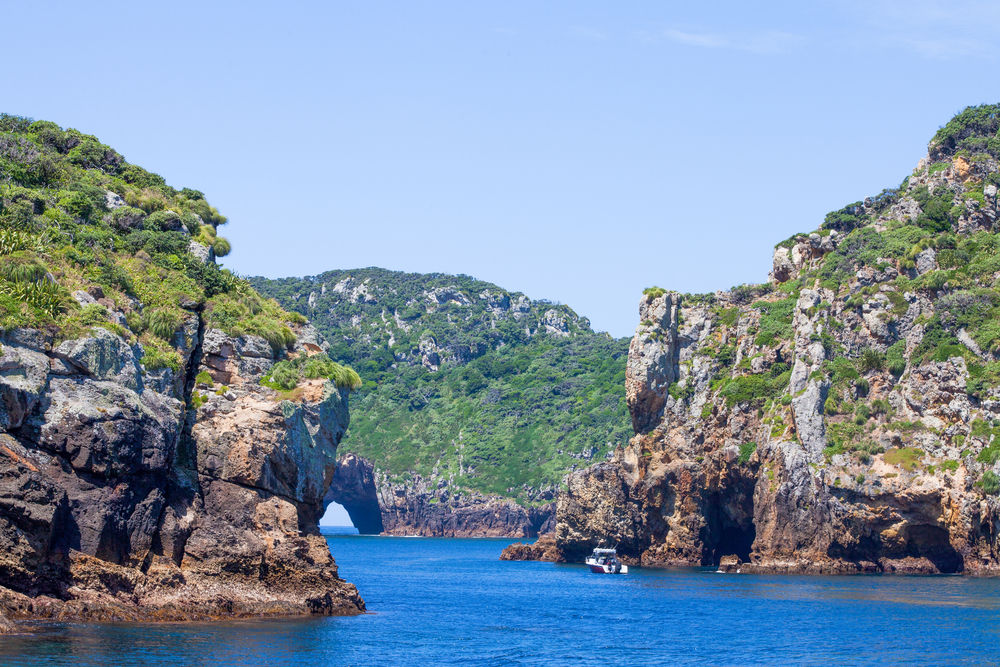 When does a simple recollection become a memory, a moment to be revisited again and again? What does it take to turn a place into something beyond the standard travel experience?

As a rule, travel tends to be driven by optimism and hyperbole, with glossy images in brochures promising a great deal. And so arrival at a place on which you have set your heart is always fraught with peril.

I had heard and read a great deal about the Poor Knights Islands before I finally saw them, crouched on the horizon 22 kilometres off the rugged coastline north of Whangarei in New Zealand.

Cousteau himself had described this small archipelago as the finest temperate dive location on Earth and although I undoubtedly felt excited to finally be here - for me this was the end of a journey that spanned many miles and indeed the many years of my diving career - there was also some trepidation. You should, after all, never meet your heroes.

The dark rock and crackling coves of the islands are a fitting backdrop to a tempestuous history. Volcanic in origin, they were the home of the Ngati Wai Maori tribe until 1823 when, after the warriors had left the islands on a trade mission, a terrible massacre took place at the hands of the Hikutu tribe.

The Poor Knights were subsequently declared tapu - forbidden - by the Maori and even today permission is required before anyone is allowed to land.

To add yet further to their mystique, the topography of the steep cliff walls and rock arches extend below the waterline, creating a remarkable marine ecosystem that is washed by the cool waters of the South Pacific.

Such is the abundance and diversity of life here that in 1981 it was declared a Marine Nature Reserve, with all commercial fishing banned. This protection was extended in 1998 to include recreational angling, so the islands and the water that surrounds them enjoy the highest possible levels of traditional and legislative security, sacred to all the people of New Zealand.

Dive boats visit the Poor Knights from the coastal resort of Tutukaka and I found myself on the brisk hour-long trip that saw the islands loom ever larger on the horizon, seeming to relive their volcanic birth as they rose out of the clear blue sea. I kitted up with trembling fingers made clumsy by anticipation, readying myself for this first dive. This was, unequivocally, it.

The diving over the next week was beyond measure - the famous aggregations of sting rays beneath Southern Arch, the wrecks of the Tui and the Waikato, the serene underwater gardens of the nursery and the wonder of Blue Mao Mao Arch.

Perhaps a highlight for me, if I absolutely had to pick one, was encountering bronze whaler sharks off the shoulders of the island as they plunged into deep water. A series of sharp volcanic ridges patrolled by stealthy predatory silhouettes seemed the epitome of the Poor Knights - a mystical experience that created memories to last a lifetime.

This article was written by Monty Halls from The Daily Telegraph and was legally licensed through the NewsCred publisher network.