It's one of the most famous rivers in the world, not just because of its size (more than 2,500 kilometres in length) but as much for the rich history and spiritual significance of this most revered of waterways. 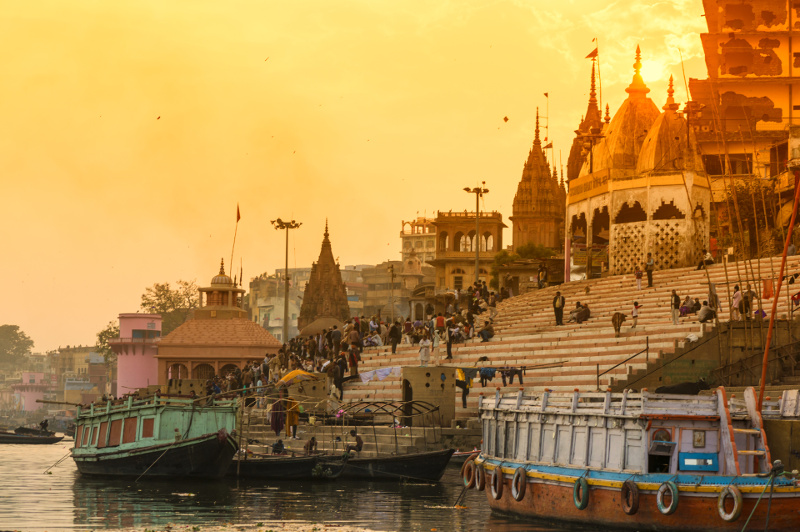 The vibrant colours and culture of the Mother Ganges. Photo: Getty Images

For many centuries, India's Ganges River has been the holy giver of life for the deeply religious Hindu civilisations that have flourished along its shores, bringing nutrients from the mountains for the all-important crops that sustain the populous along its length.

All along the shoreline are cities, towns and tiny villages rich in history, culture and architecture as well as countless temples dedicated to the many gods of the ancient Hindu scriptures. The waters themselves are believed to possess mystical powers and those who wished to be cleansed of their sins need only dunk themselves three times in Mother Ganga's waters for absolution. 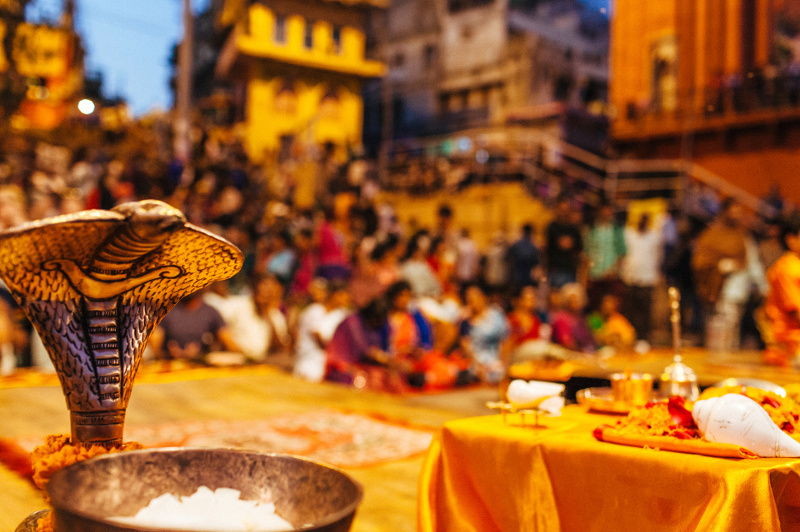 Cruises on the 260km section of the Lower Ganges, also known as the Hooghly, follow a route directly south from the main stream to Kolkata at its mouth in the Bay of Bengal.

Cruise leisurely between such curiously named ports as Hazarduari, Jangipur, Khushbagh and Murshidabad, alighting when the moment takes you to wander among the locals and visit the splendid temples and remnants of the vast British colonial institution that held sway over these parts for some 250 years. 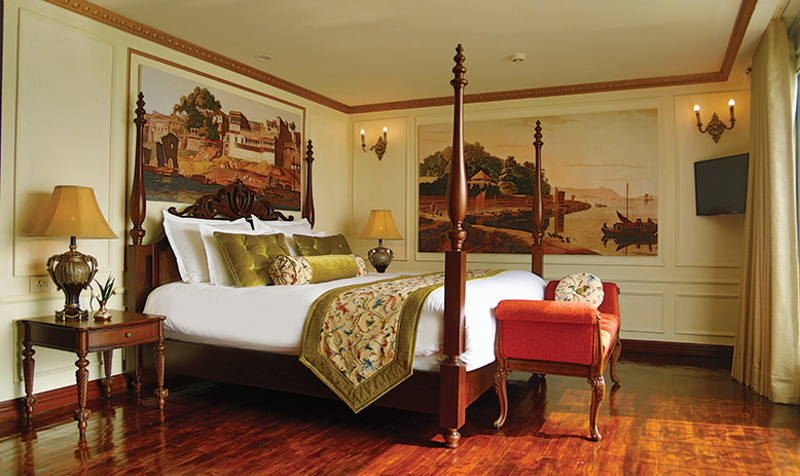 The Viceroy Suite aboard the APT RV Voyager. Photo: APT

These mystical journeys have taken off in popularity in recent years as new, modern vessels replace the older “traditional” boats. These smart and luxurious river vessels are constructed to appeal to the growing number of international guests attracted to the region. That, and reliable air links, make the prospect both uncomplicated and comfortable for those who might otherwise be unfamiliar with the rigours of travel in India.

Australian river cruising specialist, APT, have responded with the acquisition of their own vessel to satisfy the many loyal passengers who have already enjoyed APT's superior standard of cruising and touring in and around Australia and Asia as well as the rivers of Europe.

More APT magic: The Marvels of The Mekong 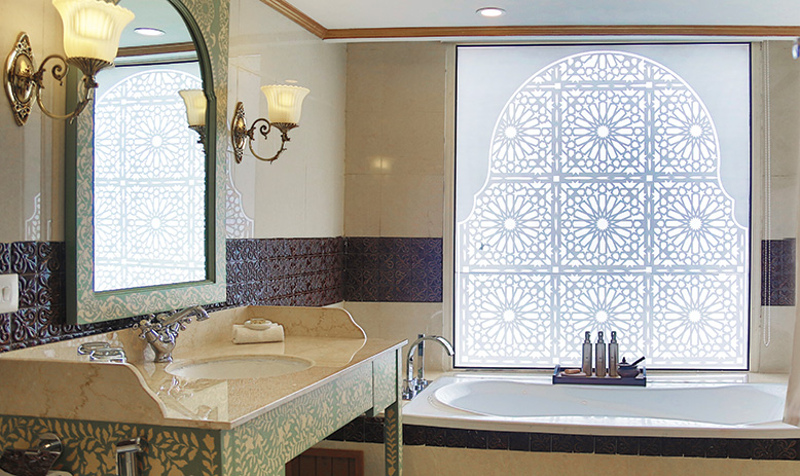 The RV Ganges Voyager is custom-designed to cruise the Lower Ganges and is among the most luxurious ships of its kind. APT promise the finest in personalised service both on board and ashore.

From luxuriously appointed suites to superb and authentic dining, complimentary drinks, locally-guided shore excursions and much more, an Indian river cruise with APT is definitely a complete vacation experience in every sense.

An APT Cruise Director will always be on hand as well as knowledgeable, English-speaking local guides to help you interpret the enormity of what you will encounter on any of the numerous shore excursions like at the enormous, 114-room Hazarduari Palace. 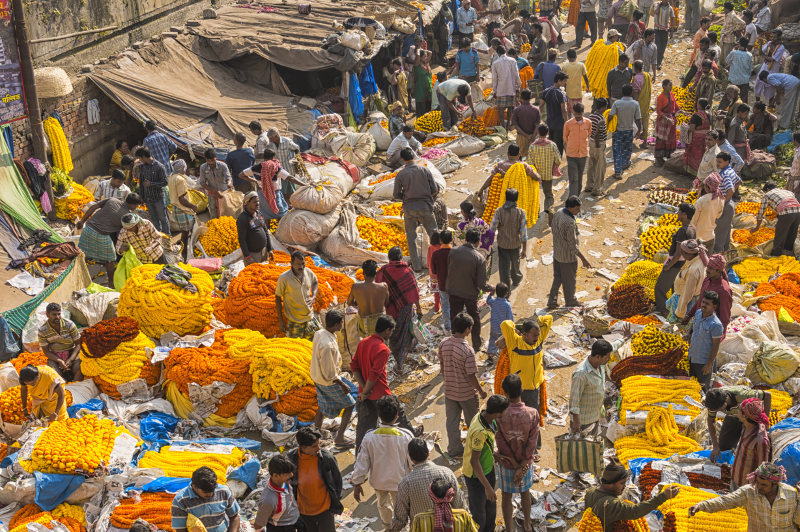 This huge English styled mansion, whose name means place of one thousand doors, was completed in 1837. It was here that many high-ranking British officials lived and where lavish functions were held. It is astonishing to see century-old paintings and artwork as well as period furnishings including a billiard table and lavish drapes and ornaments throughout its labyrinth of rooms and hallways. The site has been under the protection of the Archaeological Survey of India since 1985, ensuring its preservation for all visitors.

While most of the sites visited are gloriously maintained, not all such buildings enjoy the same patronage, and it is fascinating to visit numerous other once grand colonial structures now in a melancholy state, falling gracefully and defiantly into disrepair. 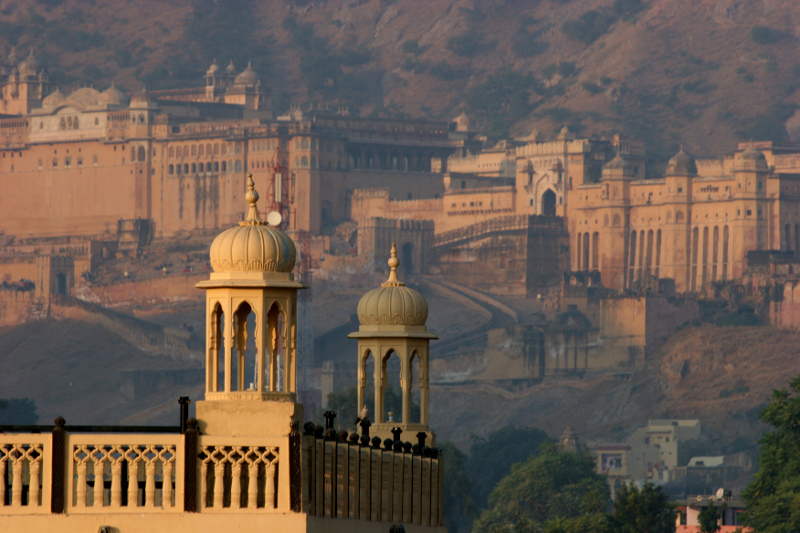 The Amber Fortress at Jaipur, yours to explore from the RV Voyager. Photo: Getty Images

Yet even the Victorian grandeur of Hazarduari is dwarfed by the immensity of the Mayapur Chandrodaya Mandir, Temple of the Vedic Planetarium or more simply, the ToVP. The vision of Hare Krishna founder, Srila Prabhupada, this jaw-dropping structure is nearing completion thanks to generous donations from devotees all around the world and will soon be a site for large scale pilgrimages.

Even if your motivation is as simple as a desire to visit seldom seen wonders, APT are dedicated to making your experience and unforgettable one in India or anywhere they operate.