No European adventure is complete without a trip to Venice, or 'Venezia' as it is called in Italian. The rich history of this city traces back centuries, from the times of the Doges who ruled the city from 'palazzos' (palaces) for many decades in the Middle Ages, to the era of Italian Renaissance artists who painted portraits and built sculptures of bronze for the city.

Threaded through the tapestry of Venezia's history are a myriad of unique cultural stories – that of lover Casanova who serenaded maidens from his balcony, that of gondoliers belting out opera songs as they row couples under one of the bridges in the city, that of modern day tourists exploring the thin cobblestoned streets flanking the Canale Grande (Grand Canal).

And it most certainly is an 'exploration' because it can be tremendously easy to get lost in the 118 small islands, interlaced by a staggering 150 canals and nearly 400 bridges that traverse the typography of this Italian city.

This, though, is exactly why an insider's guide to Venice can help. Knowing where to go, and what makes each 'sestiere' or area of the city special, is the ideal guide for anyone seeing Venice during their holiday in Europe. Andiamo! Let's go see Venice like a local with these tips. 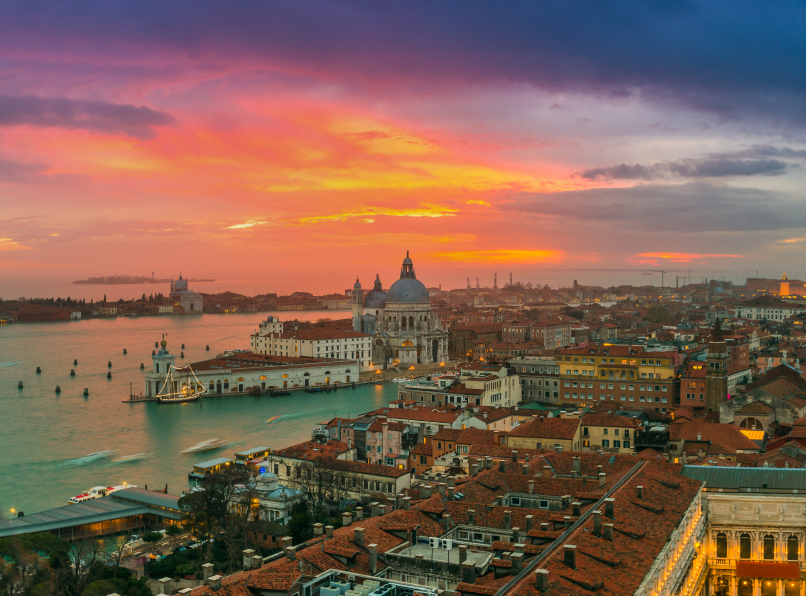 First of all, you should know that the best way to truly experience Venice is by indulging in the activities the residents would. Aperol Spritz is the signature drink of the city, so much so that it is called 'Spritz Veneziano' or sometimes even just shortened to 'Veneziano' affectionately, which means 'of Venice'.

Such is the love for Spritz Veneziano that it is incredibly affordable, often only costing 2 euros - in some spots, it is cheaper than buying a bottle of water! You'll find Venetians standing outside the bars and street-side restaurants with a glass of the amber drink in hand, a plump green olive floating inside, chanting 'salute' as they clink their glasses together in cheers.

The best sestiere to taste this Venetian staple is Dorsoduro, because this is the area where Campo Santa Margherita is located. This 'campo', or square, is home to some of the best bars in the city and has a particularly lively atmosphere. It's located very close to the Academia Bridge, which connects sestiere Dorsoduro to the main San Marco square. Fair notice - ordering a Spritz in San Marco will be considerably more expensive for the exact same concoction as this is the main tourist area.

While in Venice: Stay In One Of The World's Most Romantic Hotels

For other left-of-centre art experiences: The Art Of Exploration

Visit the Peggy Guggenheim Collection (but not from the main entrance)

Also located in Dorsoduro, the Peggy Guggenheim Collection is never amiss on most 'must-do in Venice' lists of travel guides. Why? Well, the art museum and gallery exhibits a multi-million dollar collection including artworks by master artists such as Pablo Picasso, Jackson Pollock, Constantin Brancusi, Georges Braque, Mark Rothko and even contemporary superstar artists such as Anish Kapoor.

Best of all, Peggy Guggenheim, the collector of all these artworks, actually lived in this very building for decades. She was actually friends with many of these famous artists – but of course, back then, many art critics did not think very highly of their style of painting abstractly. Nonetheless, Peggy believed in the works and today, the items she purchased for considerably smaller sums of money are among the most valuable in the world - some are even invaluable.

The Palazzo Venier dei Leoni, which was bought by Peggy in the 1940s, was built right on the grand canal during the 1700s - and this is exactly why this following insider travel tip will go a long way.

What most people don't know is that entering the museum through the main ticket office is not the only way of doing so.

Instead, you can enter the museum onboard a gondola or water taxi, which stops right by the jetty connected to the balcony facing the Grand Canal. You are then welcomed inside by one of the collection's guides, and escorted to the ticket office like a VIP - catching a glimpse of the many works lining the walls before you even have a ticket in your hands!

Because the opening hours of the Campanile or bell tower are fairly flexible in the summer months, it's possible to time your visit just before the sun sets for truly unmatched views over the entire city. The opening hours are from 9 a.m. to 7 p.m. during April-June, and also in September and October. However, in peak summer during July and August, it is open until 9 p.m.

Once you are atop the 98-metre-high tower, you will be rewarded with panoramic views over not only Venice's winding streets and canals but also the neighbouring islands of Giudecca, Murano, Lido and San Giorgio. The orange twilight casts a magnificent glow over the city, painting the rooftops in amber hues and glinting off the canal waters. From this vantage – point high above the rooftops, you can get a genuine appreciation for the sheer wonder and beauty of this most treasured Italian city.