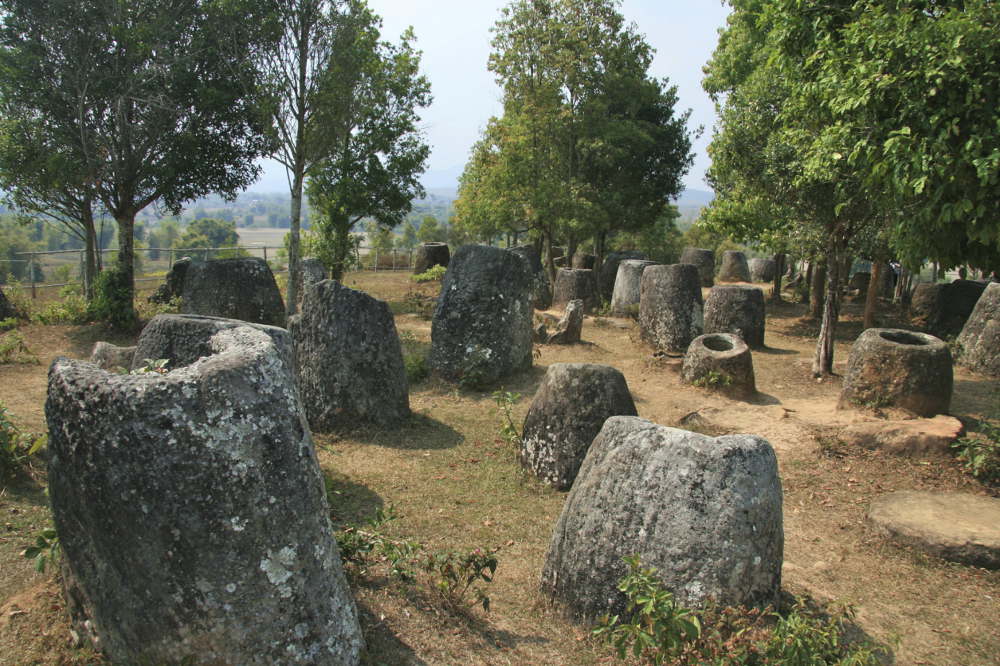 Clouds of dust mushroomed behind me as my motorbike bounced along a potholed track outside Phonsavan, a mid-sized town 400 kilometres north-east of the Laos capital, Vientiane.

The surrounding mountains forced the road into a series of meandering hairpins before the rugged peaks finally dropped down into sprawling fields.

As I overtook a local man herding his buffalo, he pointed a weathered finger in the direction I was riding, confirming that I was headed the right way.

I eased off the throttle and pulled over. I was clearly close to the Plain of Jars, Laos’ most impressive megalithic attraction – but the area was completely devoid of tourists. Compared to its South-East Asian neighbours, Thailand and Vietnam, Laos often feels overlooked.

Despite such gems as the UNESCO-listed northern city of Luang Prabang, many visitors end up surrounded by the raucous revelry of Vang Vieng, a much-loved party stop where backpackers float down the Nam Song River in rubber tubes.

But I was not looking for a party: I was in search of a 2,500-year-old mystery that has never been solved. Unknown to most travellers, thousands of stone urns dating back to the Iron Age are peppered over hundreds of square kilometres in the mountains surrounding Phonsavan – a lengthy detour from the typical transportation routes.

Scattered in seemingly random locations, some reach enormous dimensions – up to three metres tall and 1m wide – and weigh well more than a few metric tonnes.

Human bones, stone lids and discs have also been found in the area. What purpose these stone jars served and who constructed them remains a mystery.

Due to the jars' size and the nearby bones, some archaeologists think the urns were prehistoric burial sites for an ancient civilisation that travelled along a forgotten overland trade route between the Mekong River and the Gulf of Tonkin.

Others believe the urns were used as distilling vessels during the early stages of funeral rites. A body would be placed inside and left to decompose before being moved to a crematorium or secondary storage location.

After the corpse had fully decayed, the remains would be returned to the urn and another fresh body would join it, repeating the cycle. This belief is supported by the traditional South-East Asian mortuary practices used for members of royalty.

Thai royals, for example, historically had their bodies cremated many months after death, with their remains being moved from urn to urn until the final day of incineration, in the belief that the soul moves through a gradual transformation, exiting the earth and entering the spiritual world.

Additionally, the rims on each jar are thought to have supported lids that would be placed on top until the body decomposed, adding credit to this theory.

Locals, on the other hand, have more exciting philosophies. Some say the stone vessels were created to brew potent rice wine to celebrate the victory of a band of mythical giants over their enemies; others say the jars held whisky for a thirsty giant who lived in the mountains above Phonsavan.

But the truth is, no one knows the secret behind this ancient mystery. Most of the vast area containing the jars is off-limits to the public; of the 60 sites, tourists can visit only seven. Site 1, with more than 300 jars and a natural limestone cave, offers the most insight into the mystery.

In the early 1930s, French geologist and amateur archaeologist Madeline Colani theorised that the cave was used as a crematorium, producing the ashes that were afterwards placed inside the burial jars.

Her idea tied in with the ancient funeral rites, and would offer an explanation for where the bodies were moved after distillation. Evidence from inside the cave, including fragments of human bones, teeth and glass beads, supported this theory.

But locals dispute this idea, believing instead that the cave served as a large kiln. The jars were moulded from natural materials such as animal skin, dung, clay, sugar and sand, and then baked.

Walking through the fields, I spotted dozens of red and white markers placed carefully on the ground – signs of a far more disturbing secret amid the mystery.

Find seclusion in nearby Thailand: One Night In A Deserted Paradise

Vietnam knows the legacy of war, too: Saigon Looks To The Future

Phonsavan was located on a flight path for US fighter jets during the Vietnam War and became the unofficial dumping ground for 270 million cluster bombs, making it the world’s most heavily bombed place per capita.

Around 80 million of these bombs failed to detonate upon landing, dangerously contaminating the area and making much of the land surrounding the Plain of Jars unusable. Visitors to the site must stay close to the marked, cleared zones.

The Mines Advisory Group (MAG), a non-governmental organisation, said more than 50,000 Laotians have been killed or injured by unexploded bombs since 1964.

Despite working since 1994 to clear the land, it will take almost a century at the current work rate to rid Laos of the danger. The MAG Visitors Centre on Phonsavan’s main street offers a detailed and heart-breaking look into the problems history left behind.

Looking around, damage from the bombings was evident everywhere, with pockmarks in the earth and many of the stone vessels cracked, broken or destroyed. Placing my hands on the edge of a jar, only metres from an area that potentially hid another cluster bomb, I peeked inside the immense urn. Any answers to the mystery were long gone; only spider webs and stagnant water remained.

Time and war may have removed any chance we have of understanding who built these marvels and why. And with no other tourists anywhere to be seen, this was a mystery I pondered on my own.

This article was written by Jarryd Salem from BBC and was legally licensed through the NewsCred publisher network.