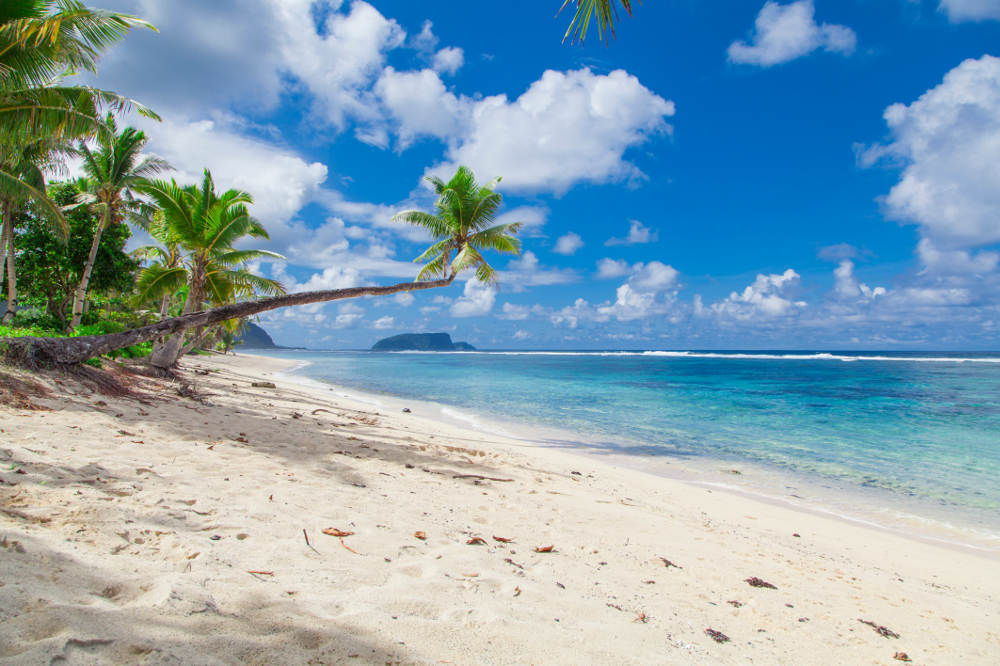 Monica Galetti is rather proud of being a member of the tattooed classes, but then hers is not just any old tattoo. “See the canoes here,” she says, pointing to the large decoration on her arm, “they symbolise Mum and Dad. The masculine centipede stands for my four brothers; the feminine birds represent my two sisters. And these arrows – they describe the journey I am taking in my life.”

In her case, it is proving to be quite a journey. Born in the Polynesian islands of Samoa, she spent her first eight years about as cut off from the modern world as you can possibly be.

In the early 1980s, she moved to the somewhat brighter lights of New Zealand, where she developed a flair for culinary creativity. In the late '90s she was taken on as a junior chef at Le Gavroche in London, a position that ultimately catapulted her to fame as a judge on the BBC’s MasterChef: The Professionals.

For all her successes, Galetti has never forgotten nor let go of her Samoan roots. And on a recent return to her homeland – her first for 25 years – she was delighted to discover that much of what she remembered so fondly from the time when, as a little girl, she ran barefoot through mango and coconut plantations was still intact.

The colours – the aqua blue of the Pacific Ocean, the lush greens of the island interiors, the dark shades of the lava holes and the bright white shirts worn for Sunday church services – remain startlingly vivid. The pace of life – restricted by limited Wi-Fi access, a television network offering just one channel and an attitude that suggests everything will come in time, and if it’s not there yet go and have another stroll on the beach – remains refreshingly laid-back.

Above all, the people remain warm and welcoming and almost naively grateful for any good fortune that falls their way.

“I was really struck by how friendly the people are and by how much of the traditional culture – such as respect for one’s elders – is still in place,” she says.

“Of course, there has been some development – there’s even a McDonald’s – but compared with islands such as Fiji, Samoa is very unspoilt; there is a simplicity and beauty to it that is very special. The people of Samoa have a gentle way, and they have the humility that comes with managing to get by on the very basics of life. In London and New Zealand we are spoilt and we forget that.”

While you're in the South Pacific: Where To Stay In French Polynesia

Galetti has a link to the country and the culture that would not be shared by most visitors. The sights, scents and sensuousness of Samoa are part of her DNA. And her return last year was occasioned by the fact that, as the new head of family, her mother was to be made a Samoan chief in a ceremony that was to draw in all members of the tribe.

“It was a huge ceremony and it was very emotional to see my mum receiving the blessings of all the villagers,” she says. “And for me, too, it was great to reconnect with my very first memories; to see my grandparents again, still working on the land, to see people with whom I went to primary school. It was as if it was all yesterday.”

There was singing and dancing – dance is a huge part of Samoan culture and the year is punctuated by festivals in which the islanders put on shows of great gracefulness and dexterity. (“It’s so much fun you just want to get up and join them. Even if you don’t, they’ll pull you up to have a go.”)

There were lavish feasts, too: whole pigs that had been roasted in ovens created out of lava rocks; spinach dishes infused with coconut milk; beautifully fresh fish, sea urchins and sea cucumbers. (“I’d always remembered that smell and the taste of the ocean.”)

There were tattoos to be applied, too. The one of which Galetti herself is so proud was applied to her arm as part of the festivities. “It is a huge part of Samoan culture, and rather than simply decoration there is something spiritual about tattoos there. They tell the story of your family and your village; mine was designed by my cousin, who held my hand while I had it put on.”

Not many visitors to Samoa are going to be ushered to a ringside seat at a ceremony marking the creation of a new village chief. But the novelty factor of tourists – the island receives only 3,500 visitors a year, half of whom come from Britain – means that they are much more likely to be included in festivals and feasts than in many other parts of the world.

All can enjoy the simplicity of a set of islands (there are 10 in total) that have yet to suffer the drawbacks of overdevelopment: most accommodation at the moment is in modest-sized 3-star and 4-star hotels and thatched beachside huts. They can explore the waterfalls, volcanic craters and forests of the wild lands of Savai’i; the rich marine life of the ocean all around; and, in Apia (the only town of any size), a legacy of colonial rule involving Britain, New Zealand and even, briefly, Germany (there are still Samoan boys who answer to the name Fritz).

Romantics will also want to venture out to Villa Vailima, the house (now a museum) in which the author of Treasure Island, Robert Louis Stevenson, spent the last four years of his life. They may also want to climb to the top of the hill where he is buried and to gaze on the view from which he drew so much inspiration.