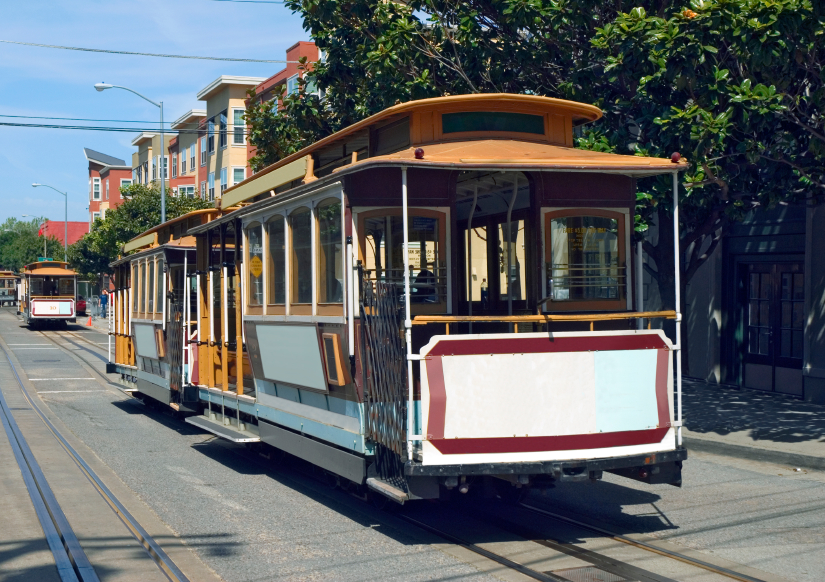 Famous English writer Rudyard Kipling once said, “San Francisco has only one drawback – ‘tis hard to leave,” and that was quite the same sentiment found by Travel Associates consultant Susan Anderson when she travelled to the alluring ‘City by the Bay’.

San Francisco draws people in with its scenic charm and mild northern California climate. With cool but steady temperatures all year long, this great city on the Pacific Coast is perfect to tour on bicycle or on foot, and that is exactly what Susan did.  From iconic Fisherman’s wharf and Alcatraz to the towering Golden Gate Bridge, Susan made the most of her journey and reported back on her unforgettable journey.

While San Francisco is filled with iconic sights, one of the most famous would have to be the Golden Gate Bridge. Named after the great strait for which it crosses, the bridge has become one of the most recognisable structures in the world, so it’s not surprising that the first ‘must-do’ item on Susan’s list is a bike ride over the bridge.

Completed in 1937, the Golden Gate Bridge is almost 3 kilometres long and links the city with Marin, a county known for its glorious redwood forests and picturesque seaside. Starting your bike tour from the beautiful park below, the bridge and stunning shoreline offer excellent photo opportunities. From this picturesque shoreline viewpoint the true scale of the massive technological expanse comes into sharp perspective. Making your way up and over the bridge, you feel dwarfed by the colossal bridge towers reaching high into the sky. Stop and take in the spectacular bay and gorgeous city skyline as great ships pass through the wide strait below.

If you care to ride the full length of the bridge, continue into Marin County where you’ll find the delightful town of Sausalito. This charming town features a picturesque marina and an inviting main street with welcoming cafes, restaurants and shops. Take the bridge back to the city or go full circle with a ride on the ferry past Alcatraz and ending back at Fisherman’s Wharf. Here you can visit with the playful sea lions as they sun themselves along the pier.

Fisherman’s Wharf is filled with retail clothing stores and souvenir shops but as Susan found, a trip here isn’t complete without sampling its most famous culinary delight – clam chowder. “It’s a must to have some clam chowder and delightful sour dough bread from the Boudin Bakery,” said Susan. This delicious creamy soup is the perfect treat anytime, especially on a chilly San Francisco afternoon.

From Fisherman’s Wharf, an equally emphatic must-do on Susan’s list is Alcatraz. This infamous island prison held some of America’s most notorious criminals, including Al Capone and “Machine Gun” Kelly. The eerie prison past comes to life with an amazing audio tour, some of which is narrated by former inmates themselves. The tour guides you through the historic federal penitentiary, revealing many of the fascinating tales that took place within its cold, grey walls.

The scenic charm of the breezy bay and clanging bells of the delightful cable cars as they navigate the ups and downs of the hilly streets are all iconic sights and sounds of this enchanting city but it was something less tangible that struck a chord with Susan.  “This is a city that accepts anyone for who they are, making it a very cosmopolitan, friendly city where anything goes,” she said. With that, the great city’s one drawback was revealed, just as Kipling foresaw a century ago – ‘tis hard to leave, indeed.

Susan is a consultant at Thesinger & Turner Travel Associates in Norwood, SA. To discuss your travel plans or make a booking, Susan can be reached at 1800 331 916.

Get off the beaten path in Tahiti