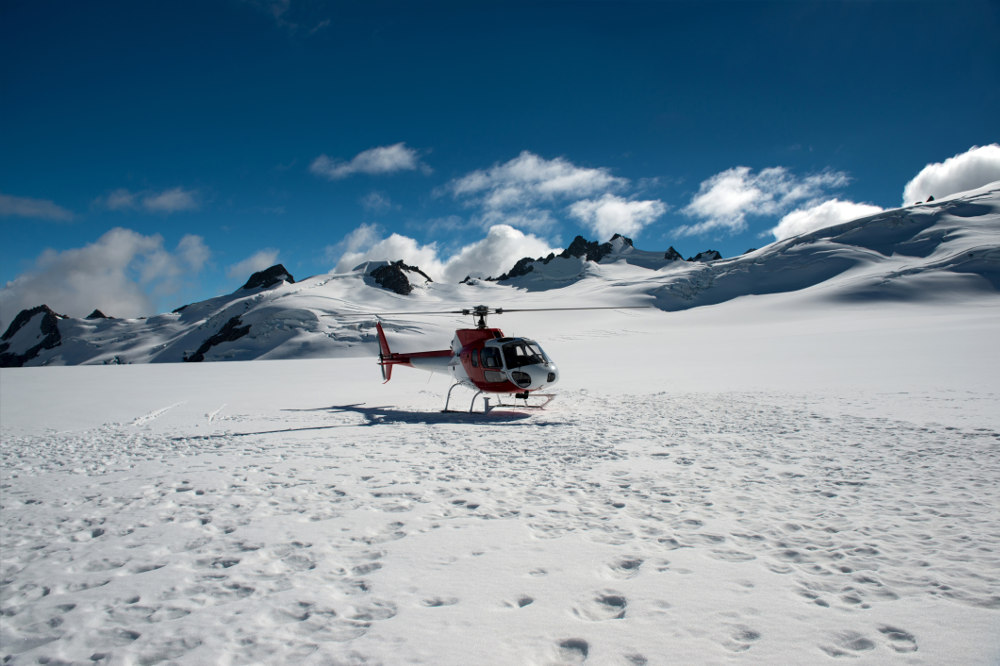 Air travel, once seen as the height of glamour, has become mundane, almost as much as, say, rail or road. But one mode of transport that has managed to retain its mystique is the helicopter.

It remains a premium-priced luxury but it usually goes beyond simply getting from A to B. Helicopters are ideal for sightseeing, thanks to their ability to hover and travel at speed.

So whether you hope to access secret areas of usually crowded tourist spots or pack as much as you can into one trip, you should, as Arnie once said, get to the chopper.

If you have ever flown into London's Heathrow, you may be familiar with the curve of the Thames from above – the EastEnders view, if you like. But for a closer look at the capital's major landmarks, take a helicopter along the route of the river.

Departing from Battersea, The London Helicopter has several options, depending on how much time – and money – you want to spend. The most economical is the 12-minute London Buzz experience, which promises views of St Paul's, Buckingham Palace, Westminster, the Shard, Trafalgar Square and more.

For seasoned skiers, visiting the same old slopes can become a little dull. But you can liven up your winter routine with a spot of heliskiing – being flown up a mountain and dropped off-piste to make your way down on fresh, untouched powder.

For those not quite ready to take the plunge themselves, Nonstop Ski and Snowboard has a one-week Ready to Heli Camp in Fernie, British Columbia, Canada. The course involves four days of intensive off-piste instruction followed by a heliski trip in the Purcell Mountains. Prices for skiers and snowboarders include B&B accommodation, airport transfers and some meals.

New Zealand's South Island is known for its spectacular landscapes – a fame that can be a hindrance to those who want to explore away from the crowds. Around 1,000 people visit 13-kilometre-long Fox Glacier each day, so if you don't mind jostling for space, you can simply climb up to the glacier yourself.

But to access more remote areas and explore spectacular ice caves in relative peace, sign up for a helihike. Fox Glacier Guides will kit you out with boots and crampons and fly you up in a chopper, circling the ice and nearby Victoria Falls to land on the glacier, where you can spend up to three hours exploring, depending on the weather.

For a less active experience, you can just take a flight up to Fox with Glacier Helicopters, which lands on the snow.

If you are splashing out on a helicopter ride, you may as well do it in style. And where better to experience such an indulgence than Las Vegas?

Sundance Helicopters has a VIP Deluxe package that starts with limo pick-up from your hotel, followed by a chopper ride out of the city, over such landmarks as the Hoover Dam, the Mojave Desert, Lake Mead and the Colorado River. The experience culminates in a 15-minute flight over the Grand Canyon followed by Champagne and a picnic 975 metres below the rim.

Get Back To Nature

Helicopters are a great way of covering a lot of ground, particularly somewhere like Hawaii, one of the most geologically active places on Earth, packed with natural wonders.

Blue Hawaiian offers helicopter tours from several islands, giving travellers the chance to see Kilauea volcano, which has been continuously erupting for more than two decades. Blue Hawaiian warns that "volcanic activity varies hourly", but even if you don't end up dodging lava, there is plenty to look at; the two-hour Big Island Spectacular trip takes off from Waikoloa on Big Island and flies past Kilauea, over volcanic 'badlands', black sand beaches, cliffs and rainforest.

This article was written by Nicola Trup from The Independent and was legally licensed through the NewsCred publisher network.

Your Guide To Etihad Business Class