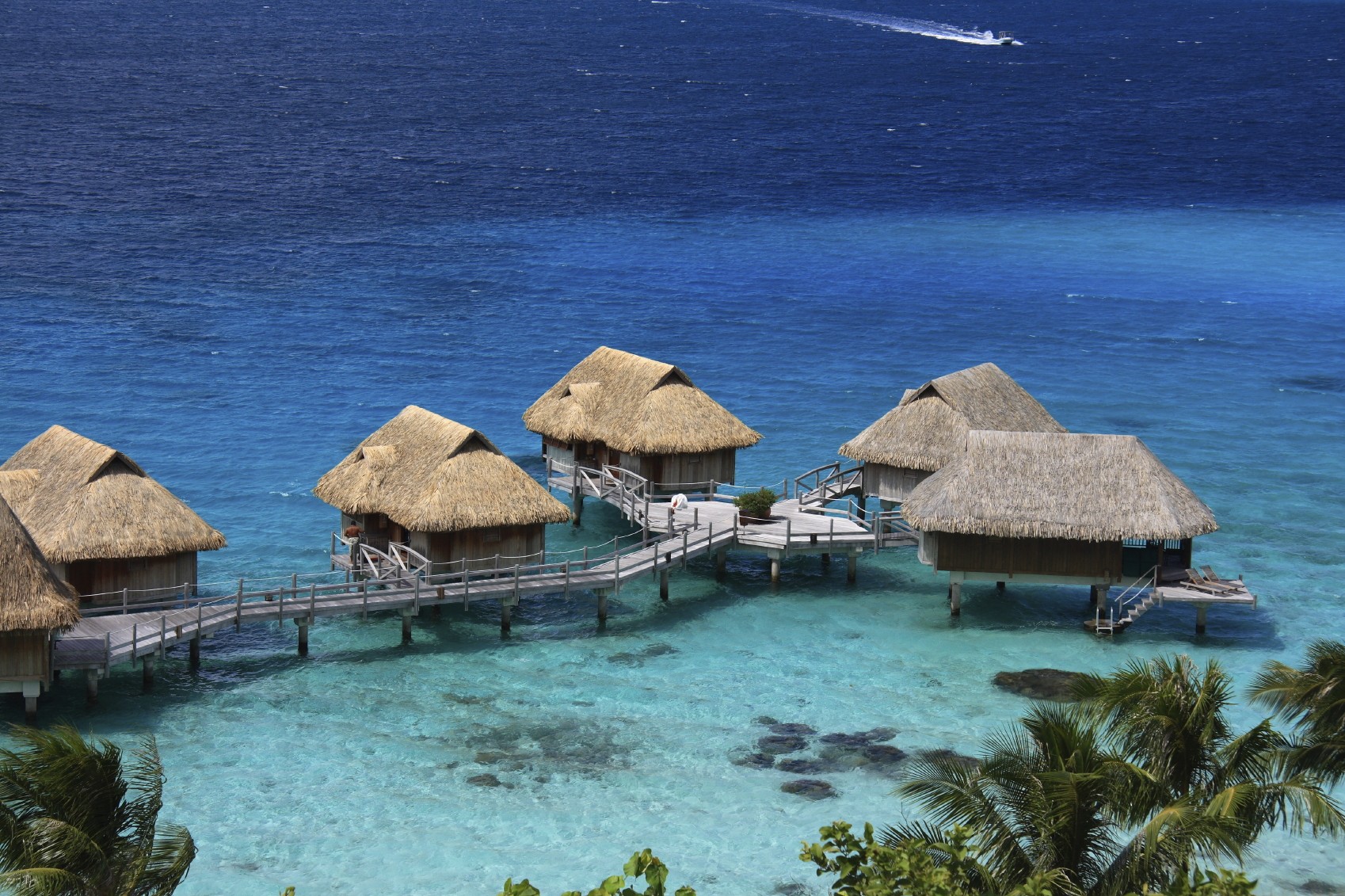 You might already know Bora Bora as a dreamy destination, frequented by celebrities on holiday or couples enjoying a luxurious getaway or honeymoon.

You've probably seen pictures of this Tahitian escape's glistening blue waters or its luxurious overwater bungalows - but what other secrets await you with Bora Bora holidays?

Bora Bora is a fantastic romantic hideaway, but it's also great for adventure seekers as well.

The centre of the island is fantastic for hikers who want to climb to heights of up to 727 metres up the two extinct volcano peaks, Mount Pahia and Mount Otemanu.

Or, adventurous travellers might want to embark upon some Bora Bora tours, such as a four-wheel drive safari over rugged volcanic terrain and through the lush jungle.

Then there's the snorkelling, diving, water sports and more to keep even the most daring spirits excited - not to mention the opportunity to feed a shark!

2 - The island has a fascinating history

This Tahitian Island has been through some interesting experiences. When World War II began in 1939, many American troops were led to the island where they set up canons and forts for skirmishes in the Pacific in what was known as Operation Bobcat.

While no combat took place on the island, the presence of the troops left a significant legacy. If you're a history buff, you can take a visit to see the now-rusty canons. Find them in the hills about Matira Point, Fitiiu Point, Farepiti and Teria Points. There are also remnants of the supply base, oil depot, defence fortifications and airstrip.

3 - There is a rich and colourful culture

While there is much emphasis on luxury and relaxing in the stunning bungalow accommodation on the island, those searching for a cultural fix can certainly find one.

To get a taste of Tahitian culture, savour the local cuisine such as raw fish marinated in coconut milk, or slurp on a spoonful of vanilla sauce.

You can also enjoy the local music with the sounds of the ukulele floating through the air and delight in the local crafts, such as wood carvings, jewellery, weaved baskets or luxurious black pearls.
Whatever kind of Tahiti holidays you seek, you can find it at Bora Bora.

Beauty has an address and it's Oman

Why you should revisit places you've been before