If you are looking for a luxury holiday that pampers your spirit as well as your body, look no further than these top 5 destinations. 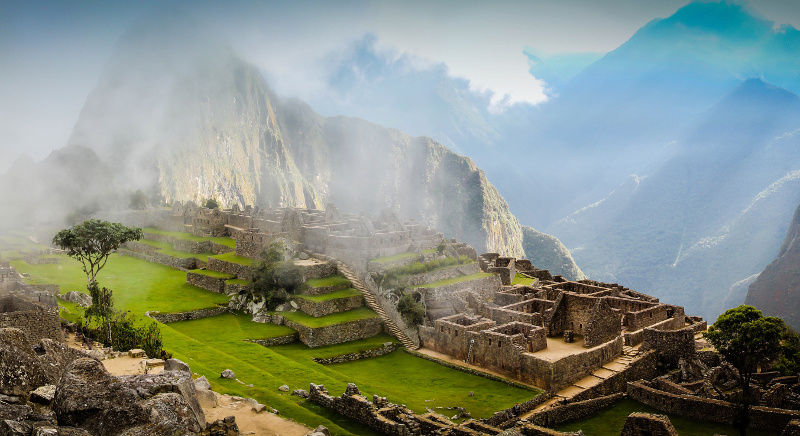 The lost city of the Incas. Photo: Getty

Peru has long been regarded as a place of power. As reported in James Redfield's best-seller 'the Celestine Prophecy', it is reputed to sit on a ley line, or energetic pathway. Since the book was published, pilgrims in their thousands have visited the mysterious lost city of Machu Picchu. As a consequence, there are many luxury tours available. However, the magic of Peru is not a modern notion - but something that has been known by its inhabitants for many years. Peru contains the remains of the Inca empire Cuzco, an empire that worshipped the goddess Pachamama, or Mother Earth. Pachamama is still worshipped worshipped today. This makes witchcraft and magic very popular. In Peru witchcraft and Catholicism have been fused together into the one religion. On every street corner witchcraft markets can be found selling potions and spells. And brujos or curanderos are numerous. Curanderos use the healing power of Pachamama to cure their patients. Brujos can be found anywhere in Peru, but Huacho, Piura and the Selva district are the best places to find them. 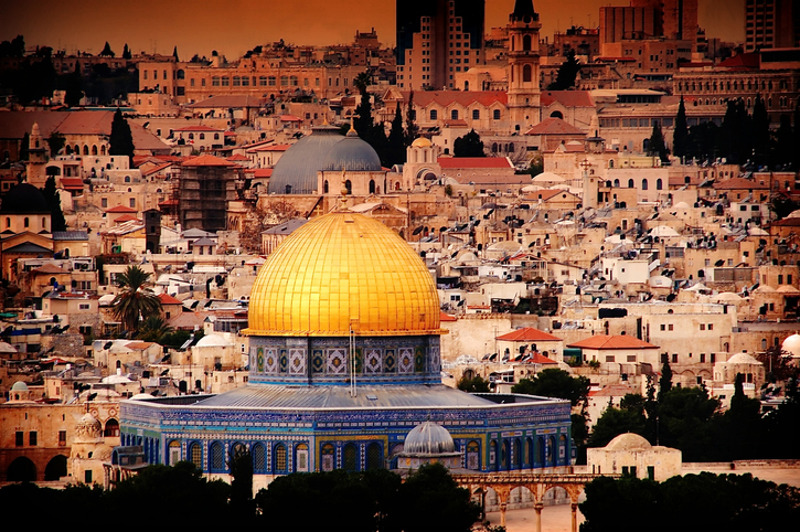 Jerusalem is the capital of Israel. It plays a central role in Judaism, Christianity, and Islam. Christianity reveres Jerusalem because in the New Testament, Jesus was brought to Jerusalem soon after his birth. Jerusalem is also home to the Cenacle on Mount Zion, reputed to be the location of Jesus' Last Supper. Golgotha, or the site of Jesus' crucifixion, is another central Christian landmark located in Jerusalem. Jerusalem is sacred to Judaism because King David proclaimed it his capital in the 10th century BCE. Jerusalem contains the site of Solomon's Temple and the Second Temple. The Temple Mount is the central site of spiritual importance to the Jewish people, and is referred to as the "Holy of Holies." Jerusalem is considered the third-holiest city in Islam. The city's lasting place in Islam is due to the belief that Muhammad was transported one night from Mecca to the Temple Mount in Jerusalem, whereupon he ascended to Heaven. 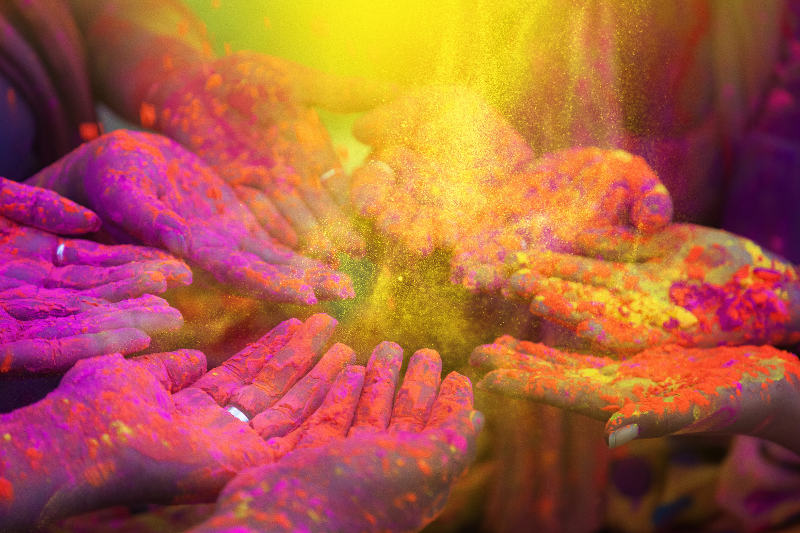 The traditional symbol of India is the lotus flower, a symbol of transformation that grows from the mud, yet remains untouched. India is home to many sacred sites, or tirathas - crossings between the worldly and divine spheres. The seven sacred cities are: Varanasi and Hardwar, Ayodhya, the birthplace of Rama; Mathura, Lord Krishna's Birthplace; Dwarka, where Krishna ruled as a king; Kanchipuram, the great Shaivite temple city of Tamil Nadu; and Ujjan, site of Kumbha Mela. Bodh Gaya is an extremely sacred Indian city. According to Buddhist traditions, Prince Gautama Siddhartha reached the Falgu River and sat in meditation under a bodhi tree. After three days and nights of meditation, Siddharta attained enlightenment.

For Buddhists, Bodh Gaya is the most important of the main four pilgrimage sites relating to the life of Buddha, the other three being Kushinagar, Lumbini, and Sarnath. 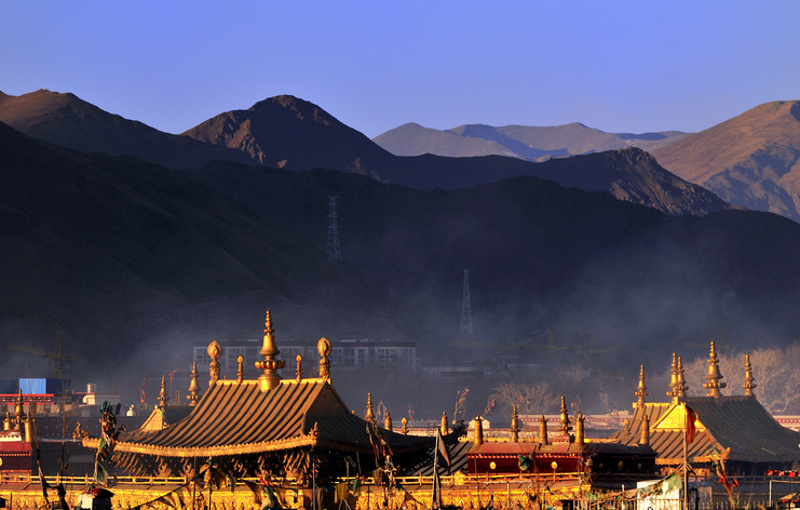 Lhasa is Tibet's capital and its heart and soul. Jokhang Temple is one of the most sacred temples in all of Tibet. Founded 1,400 years ago, its shadowy hallways and incantations of monks add to the mystery of this intriguing complex. All luxury holidays should include a visit to the Temple. The Barkhor Prayer Circuit is said to be one of the most powerful spiritual centres on earth. It teems with pilgrims circumambulating the Barkhor loop of devotion. Stalls line the circuit, selling everything from prayer flags to Maoist memorabilia. Make sure you walk the Circuit in a clockwise fashion. Be sure to visit Potala Palace - once home to the Dalai Lama. It now sits empty as its former resident lives in exile in India. Despite the deserted feel of the place, Potala Palace stands as an impressive example of Asian architecture. 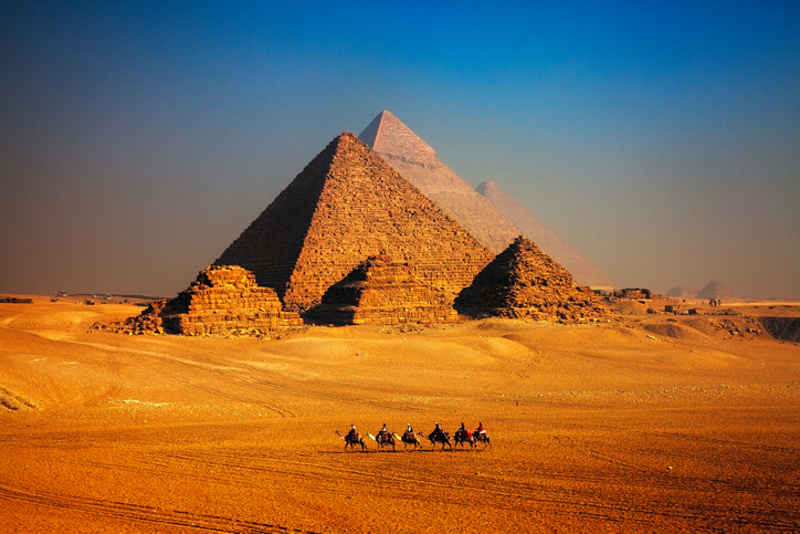 The concepts of death and the Afterlife were central to the beliefs of the Ancient Egyptians. The Egyptians believed that when a pharaoh died, everything he needed for the Afterlife would have to be buried with him, even his physical body - which is why mummification was such an important tradition. The ancients believed the pyramids were "where gods were born." The Valley of the Kings was and is an important place for Egyptian spirituality. The Egyptian belief that "To speak the name of the dead is to make him live again" is depicted by the design of the tombs. All luxury tours include a stop at this magnificent destination. Most tombs were cut into the limestone following a similar pattern: three corridors, an antechamber and a sunken sarcophagus chamber. The king's formal names were inscribed in the tomb along with his images and statues. The tombs contain text from the Book of the Dead and the Book of the Underworld.

Call 13 70 71 or enquire online to speak to one of our travel specialists and begin planning your personalised itinerary. Browse Travel Packages

The magic of Rovos Rail

Destinations for the Solo Traveller 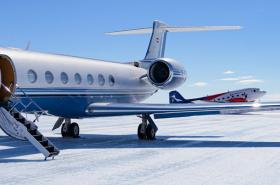 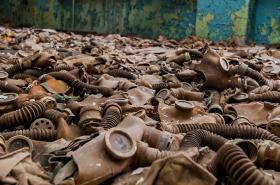 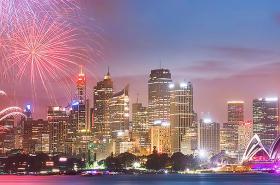