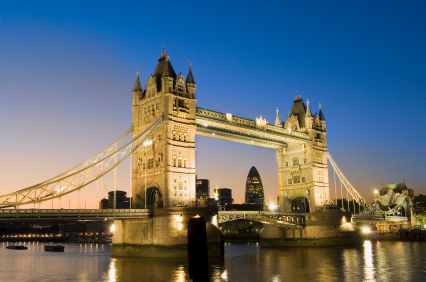 Many a holiday in Europe will include London on its itinerary, but so often will just tick off the main sights such as Big Ben, St Paul's Cathedral and the London Eye.

But what if you could see another side to the city, a side full of secrets and hidden gems?

Here's a guide to secret London, to help you uncover a host of lesser known delights.

Art off the beaten path

London is home to swathes of impressive and significant art, with magnificent buildings such as the National Gallery housing thousands of inspiring pieces.

Somewhere not everybody knows about, however, and where you can avoid the masses of crowds, is the Harold Samuel collection at Mansion House.

This building is home to 84 Dutch and Flemish paintings from the 17th century, the golden age of art from Holland. It's often referred to as one of the finest private collections in Britain.

Gifted to the City of London in 1987 by Lord Harold Samuel, works from the likes of Frans Hals, Nicolaes Maes and Jacob van Ruisdael adorn the walls of Mansion House and can be viewed by the public.

Currently, tours of Mansion House and the art within take place every Tuesday afternoon at a small cost.

London is famed for its culture of meeting up for a pint at the local pub. A visit to Ye Olde Cheshire Cheese on Fleet Street will take you back right to the root of this practice.

This pub is steeped in history and has been around for centuries - since at least the 1600s, when it was rebuilt after the Great Fire of 1666! It's home to small rooms with heavy oak beams and narrow passageways complete with vaulted cellars.

It has seen many a famous face in its time, attracting literary figures such as Mark Twain and Oliver Goldsmith.

Join the legacy yourself with a visit to Ye Olde Chesire Cheese, and soak in the historical charm surrounding you.

The underground world of the Chislehurst Caves

This man-made creation that spans around six hectares was once used for mining purposes but transformed in the 1900s to store munitions and act as an air-raid shelter during the Blitz.

The caves evolved once again the 60s and 70s when a number of rock legends performed in the underground passageways such as the Rolling Stones, Led Zeppelin and Pink Floyd.

Experience the intriguing destination for yourself with a tour of the subterranean maze. There are all sorts of fascinating aspects to consider, such as carvings, an old church, a Druid altar, storage areas and pitch areas left over from the air raids. Guides will walk you through some of the most notable parts of the structure and will tell you some of the chilling and thrilling stories from the rocky depths.

The literary legends of Fitzroy House

Head to 37 Fitzroy Street in London and you will come across Fitzroy House.

Not only is this home a splendid example of architecture from the 1700s, it has also been home to many fascinating characters.

Impressive figures from the arts, such as George Orwell, H.G. Wells, George Bernard Shaw and Virginia Woolf have graced its corridors.

The author and founder of Scientology, L. Ron Hubbard, even made 37 Fitzroy Street his home from which he wrote many of his books.

Tours of the house are available, complete with historic decor and old-worldly typewriters that will transport you right back into the 18th century.

Just some of the many secret destinations in London, there's a whole new world waiting for you in this magical city - even if you think you've seen it all before.

Top 10 Trekking Experiences Around The World