TRAVEL BLOG Visit Andalucía, the Heart and Soul of Spain

Visit Andalucía, the Heart and Soul of Spain

When it comes to knowing how to live the good life, the inhabitants of Andalucía in southern Spain all have PhDs.

Here, siestas are inextricably woven into the fabric of the work-day, locals sit under the shade of orange trees chatting to mates or just watching the world go by, and days and nights are spent grazing on tapas, sipping sangria and ordering another cerveza. 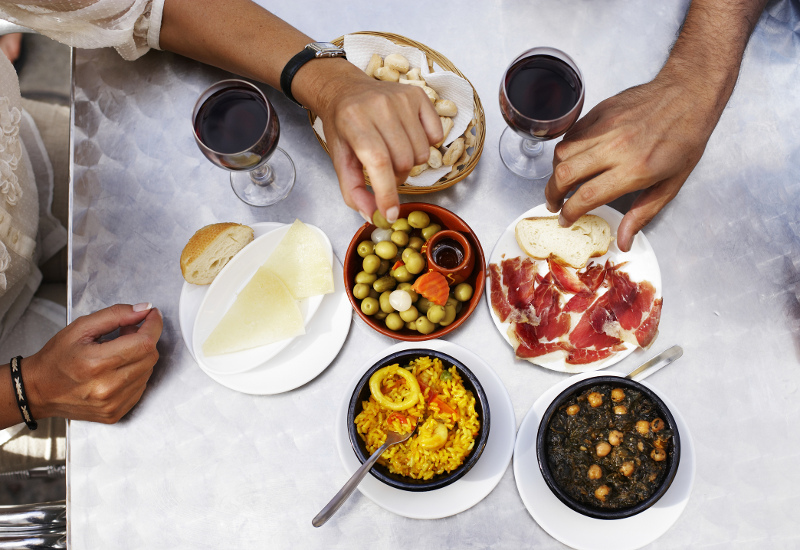 Tapas is derived from 'tapar': to cover. Originally, a slice of bread was placed over a drink to protect it from flies

The soundtrack to all of this is sultry Flamenco, a fusion of sounds and rhythms from eastern Spain, northern Africa and even as far as India. Indeed, pretty much everything you think as Spanish hails from this dry southern region, which means passing through the Iberian peninsula without stopping by for a visit is tantamount to visiting Italy and skipping Rome!

But just case you need a little extra convincing, here are three reasons why you should visit Andalucía, the heart and soul of Spain. 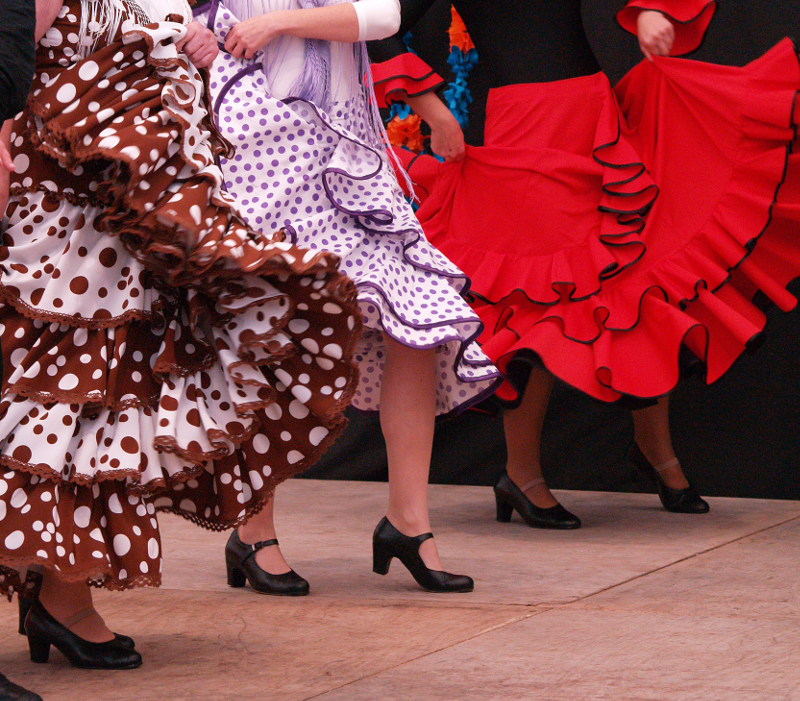 Flamenco was originally a gypsy ritual, a dance that was hidden from outsiders

Whilst there’s a lot of contention within Andalucía over exactly where Flamenco originated, with Granada and Seville both fighting to be recognised as its rightful owners, there’s no question that the folk tradition was developed and perfected in Andalucía.

Heavily influenced by Spain’s Romani people, the earliest record of Flamenco dates back to 1774, but its history most definitely stretches much further beyond, with the style coming into being during the time of Arab rule in the region between the 8th and 15th centuries. Whatever its origins, Flamenco is the musical soul of Spain, and catching a live intimate performance in a cave in Granada (recommended) or on the streets of Seville (also recommended) will have your feet tapping and hands clapping in no time at all, and you’ll understand where the fiery Spanish get their passion from.

More daydreams from Spain: Spanish Islands to Fall in Love With 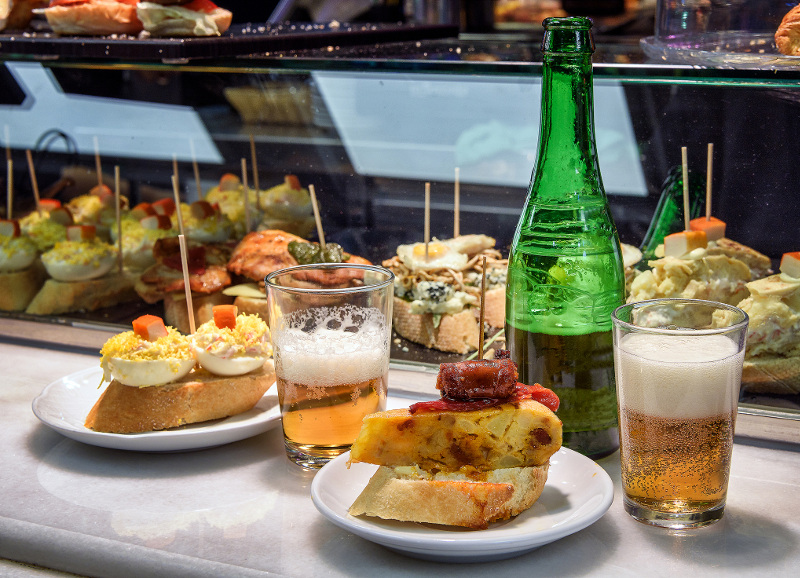 Andalucian tapas are usually complimentary, but larger, paid-for versions are known as pinchos or raciones

Tapas: the art of dining in Andalucía

Just like Flamenco, the true origins of Spain’s tapas culture is a disputed subject. It’s definitely from Spain, but from where exactly is anyone’s guess. But that’s totally irrelevant to the traveller, and all they really need to know is to they absolutely need to head to Granada, the pride and joy of Andalucía.

Why? Because in this gorgeous city set against the backdrop of the snow-capped Sierra Nevada mountain range and under the shadow of the 13th century Alhambra – the former palace of the Moorish lord Mohammed ben Al-Ahmar of the Emirate of Granada – the tapas aren’t only delish, but they’re complimentary with your drink. That’s right, in other parts of Spain, you’ll need to pay for your tapa, but in Granada, order a beer or wine or sangria or even a coke at any bar and you’ll either get to choose your tapa from a menu or have one chosen for you by the waiter. Now if only the rest of the world would follow Granada’s lead? 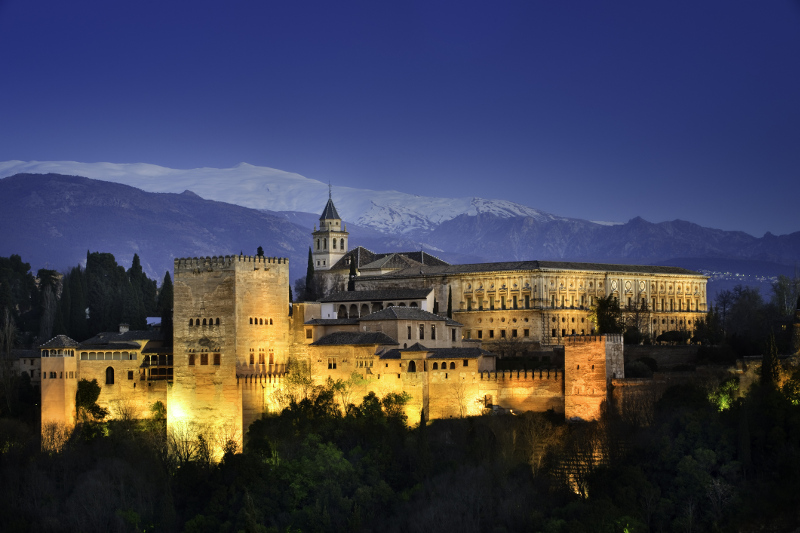 Moorish poets called the Alhambra 'a pearl set in emeralds', alluding to the creamy stone and lush woodland

A legacy of Spain’s Moorish past

It’s hard to imagine that much of staunchly Catholic Spain was once part of the larger Islamic Moorish empire. That is until you come to Andalucía and are presented with architectural gems that have remained from the 800 years of Moorish rule.

Even the language itself has been heavily influenced, with many of the Spanish words starting with “al” having Arabic roots. Of course, the Alhambra in Granada and the Alcazar (the former palace of the Moorish Muslim kings) in Seville are definitely must-visits in the region, but perhaps the granddaddy of Andalucía’s Moorish architectural achievements is the Great Mosque of Córdoba. 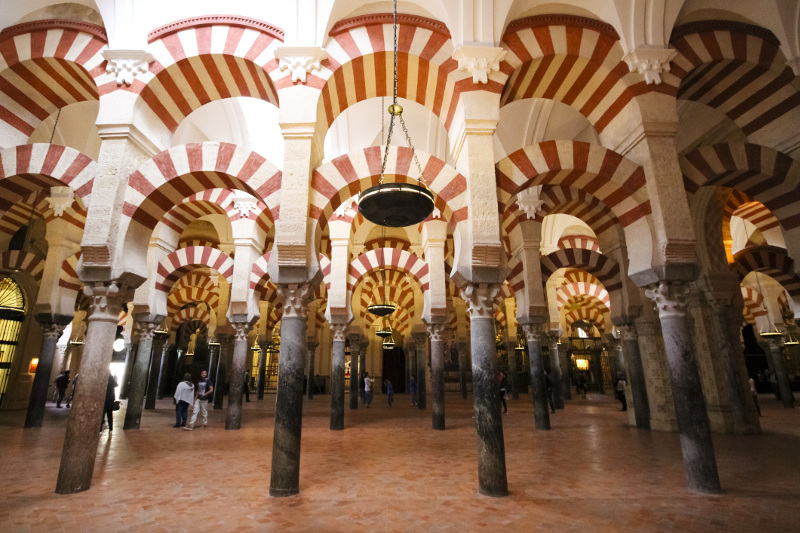 Originally built in the 8th century by the Caliphate of Cordoba, the huge mosque was later transformed into a cathedral in the 13th century after the Christians took back the city from the Moors during the Reconquista. The UNESCO World Heritage site blends architectural elements from both the East and West in a design that was unique in the Islamic world at the time, such as using double arches to support the roof. But this Andalusian gem isn’t just for believers: it’s for anyone with an appreciation for artistic expression, history and sheer scale.

Enjoy an in-depth exploration of Andalucia with Scenic's Iberian Splendours itinerary. Your local Travel Associates Advisor has the latest packages and information, so get in touch and start practicing your flamenco!