If you have a taste for the finer things in life, literally, then you won’t want to miss dining at the following luxury eateries dreamt up by the global fashion industry’s finest designers and brands. But why, you may ask, would a fashion designer opening a restaurant, be a good idea? For many big fashion designers, it gives them a chance to spread their artistic ingenuity which lends itself quite nicely to the craft of gastronomy.

Many luxury houses such as Prada, Chanel and Armani see their high-end restaurants as an extension of the lifestyle and world they envisage for their clients and you two can have a taste.

Many brands also establish quirky eateries within their stores to both enhance the overall sensory store experience while increasing the time one spends lingering in-store, a win-win for all involved.

The American designer and creative director, on all of the cool kids' lips, is Virgil Abloh. The creator of luxury label Off-White and former art-director to Kanye West/Jay-Z is a partner in Chicago restaurant Honey, of which the restaurant’s chic modern interior design he can be attributed. 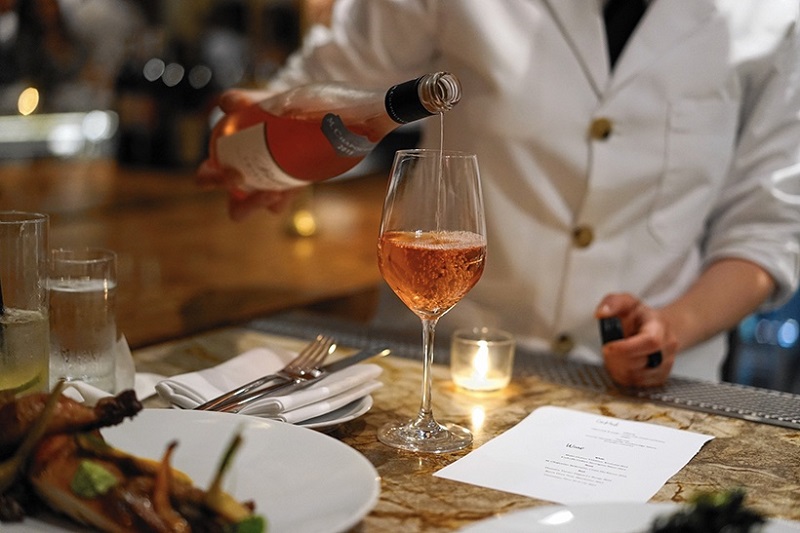 Located on the top floor of design duo Dean and Dan Caten’s Dsquared2 headquarters in Milan, Ceresio 7 boasts not one but two pools alongside its 1930’s inspired restaurant and city views.

With gallery walls that resemble a chic picture framed likeness to those used to display a mock-up of the current issue, Vogue Cafe offers a warm and inviting glimpse into the world of magazines while sipping a skinny latte.

Spruiking a traditional Sicilian menu and sparkling pale gold interior, Stefano Gabbana and Domenico Dolce’s Gold restaurant is a highlight for any celebrity’s stay in Milan, including one Justin Bieber and Kylie Minogue.

Taking it’s name from the brand’s founder Thomas Burberry, this chic cafe serves up all the classic British fare from fish ‘n’ chips to crumpets and of course English Breakfast Tea. 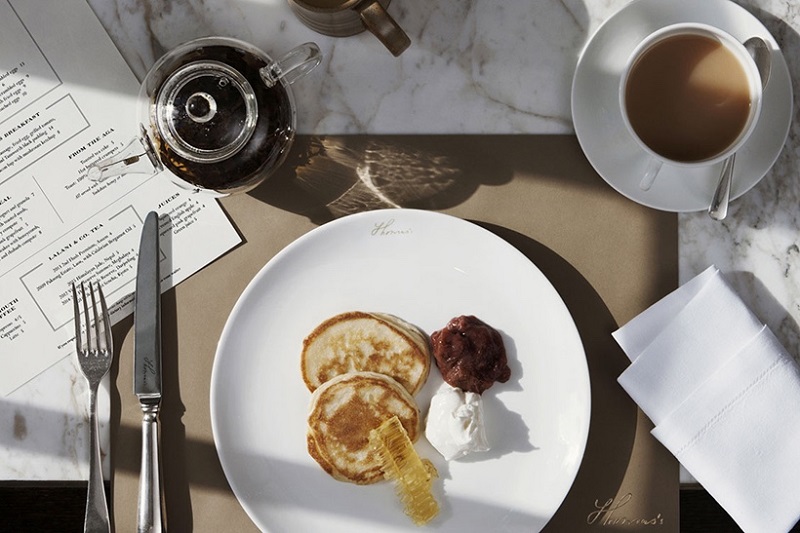 Perched on top of the trendy Comme des Garçons owned Dover Street Market boutique in Haymarket, Rose Bakery provides a cute and delicious respite from all of that exhausting shopping.

Located just above Ralph Lauren’s flagship store in New York sits the stunning vintage bistro inspired cafe where you can get a good ol’ cup of joe! 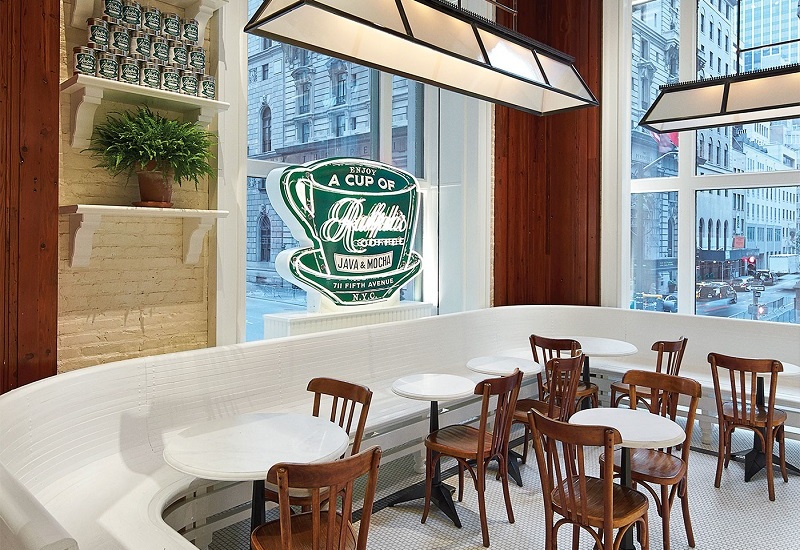 The list of fashionable Armani owned restaurants and bars continue to grow each year, with Emporio Armani Caffe in Dubai offering up contemporary Italian cuisine in reference to the designer’s heritage.

As the name suggests, this hole-in-the-wall joint serves up an assortment of curry dishes in the Shibuya-ku district. Started by the creative genius behind streetwear brands such as BAPE, BBC and Uniqlo’s UT brand, NIGO is a force to be reckoned with.

This pop-up restaurant comes from the designer (and producer/musician) Hiroshi Fujiwara who’s Fragment brand is a streetwear aficionados dream (he’s collaborated with brands such as Nike, Starbucks and Louis Vuitton). Chicken Kitchen is the designer’s latest venture paying homage to the popular Beef Kitchen in Tokyo with a hint of nostalgia from his countryside upbringing.

“I think food is one of the last analog things, because you have to travel. You have to go to the restaurant. You can’t do this on the Internet.” - Hiroshi Fujiwara, as told to Hypebeast.com

In the luxe district of Ginza, Beige was opened in a collaboration between Chanel and Chef Alain Ducasse on the top of the 10-storey Chanel Ginza Building. 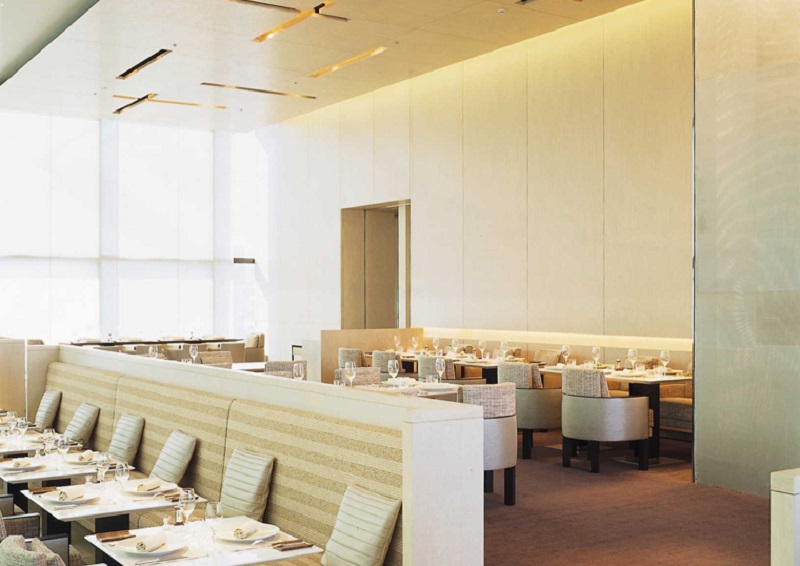 Situated on the fourth level of Shanghai luxury mall IAPM, 1921 Gucci is the brand’s first foray into the full-service food and beverage industry. The only way into this exclusive restaurant is through the Gucci store’s private lift.

It’s only fitting that Roberto Cavalli should exert his maximalist flair in a city as wild as Ibiza. Facing a harbour filled with luxury yachts, guests also enjoy Cavalli brand vodka with wine that comes from the Cavalli family-owned Tuscan winery.

Like an extension of the Christian Dior store, the cafe sits atop of the avant-garde building designed by architect Christian de Portzamparc and features French pastries and macarons by chef Pierre Hermé. 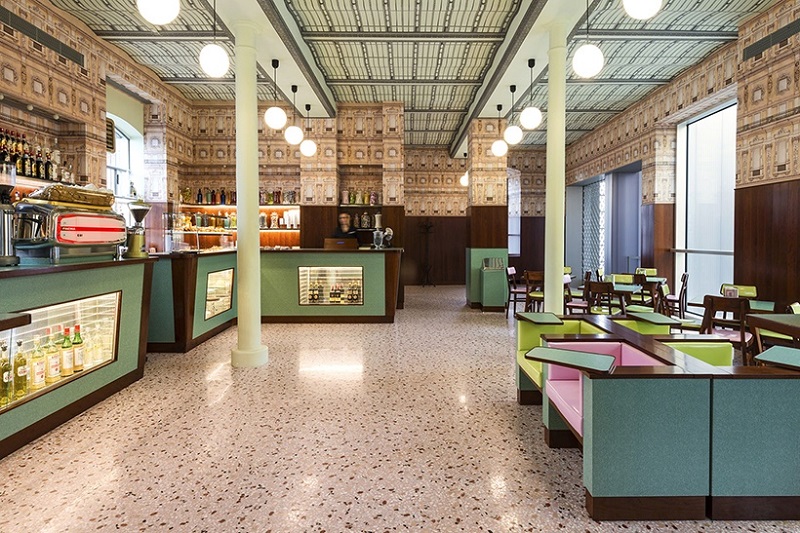 Was there ever a better match than the glitz and glamour represented by the late Gianni Versace, and the glittering excess of Australia’s magical Gold Coast? Vanitas at Palazzo Versace is a nod to this perfect pairing offering up glamour and celebrity with your contemporary fare. 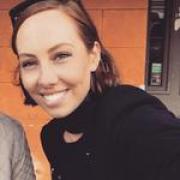 A Taste of Oregon

Visit Andalucía, the Heart and Soul of Spain 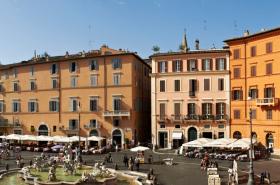 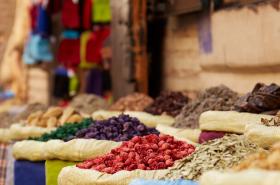 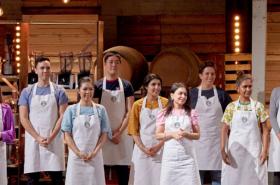 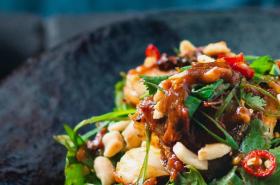