Home 10 things to do outside New York City

10 things to do outside New York City

Start spreading the news – there is way more to New York State than the bright lights, Broadway shows and skyscraper views of New York City. Venture beyond the five boroughs and be surprised what you’ll find around New York State. Here are 10 of our favourite things to do. 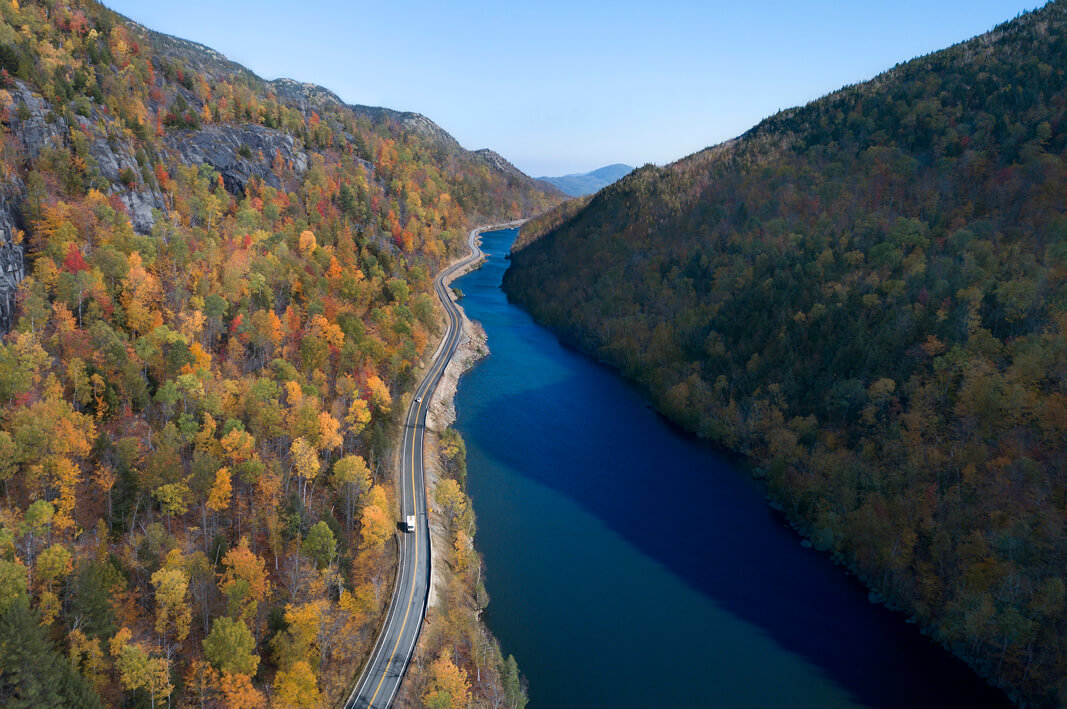 From 1000 green-kissed islands to thundering waterfalls, pristine lakes and historic places, New York State is a holiday destination to send your ‘wow’ meter into overdrive. There are 11 diverse regions, packed with wondrous natural beauty that ranges from mountain peaks to mirror-perfect lakes, rugged gorges and picture-perfect forests, made even better when the leaves turn the trees into radiant shades of red and orange. New York State abounds with historical and cultural sites, has more ski areas than any other state, has the oldest wine-growing region in the US and hold onto your (cowboy) hat, the oldest ranch in the country. Older, even, than the US! 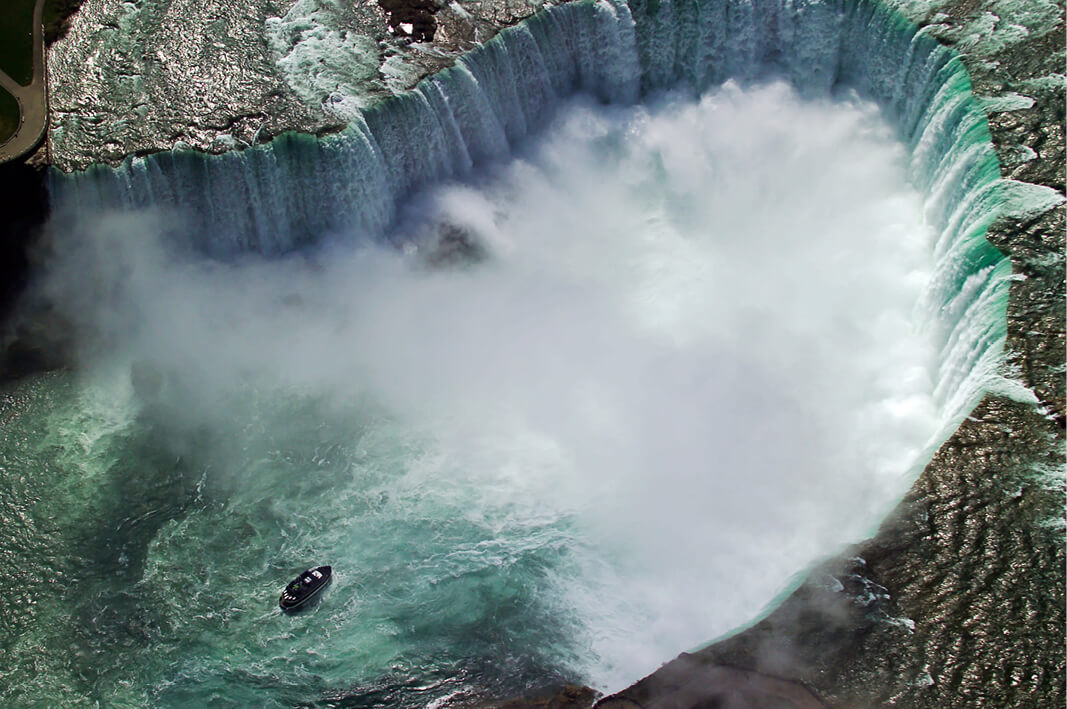 With its thunderous curtains of water, Niagara Falls, America’s first State Park, is mind-boggling, no matter which angle you see it from. Board the historic Maid of the Mist boat tour that noses up to the base of the American and Horseshoe Falls to hear – and feel – what 600,000 gallons of falling water sounds like. Stroll through The World Changed Here Pavilion, then descend to the Hurricane Deck of Niagara Gorge on the wet and wild Cave of the Winds tour where you’ll be just metres from the powerful Bridal Veil Falls.

Get racing to Saratoga, Capital-Saratoga 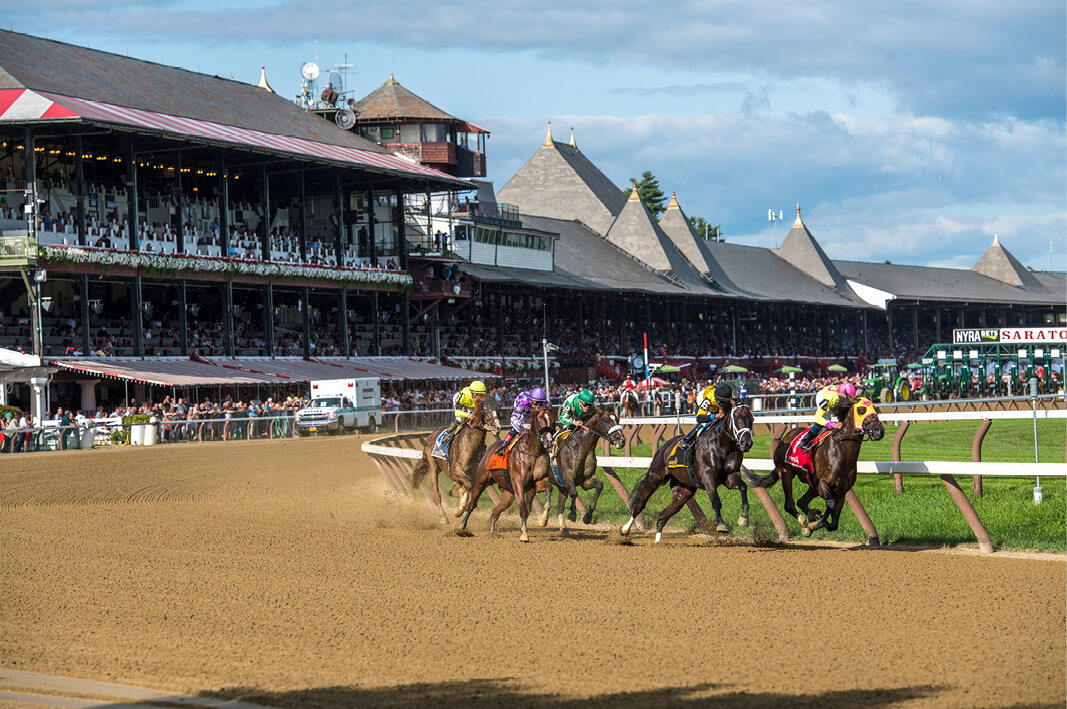 Saratoga is home to the America’s oldest sporting venue, with its famous Racecourse operating since 1864. Carly Simon even mentioned it in her smash hit You’re So Vain. Fittingly, the National Museum of Racing and Hall of Fame are located opposite the track filled with paintings of legendary horses like Secretariat, Man O’War and Seabiscuit.

Also pay a visit to the State Capitol building in Albany. Built in the style of a French chateau, this architectural marvel is home to the Million Dollar Staircase that has the portraits of 300 well-known New Yorkers carved into it.

Get a taste of a Thousand Islands 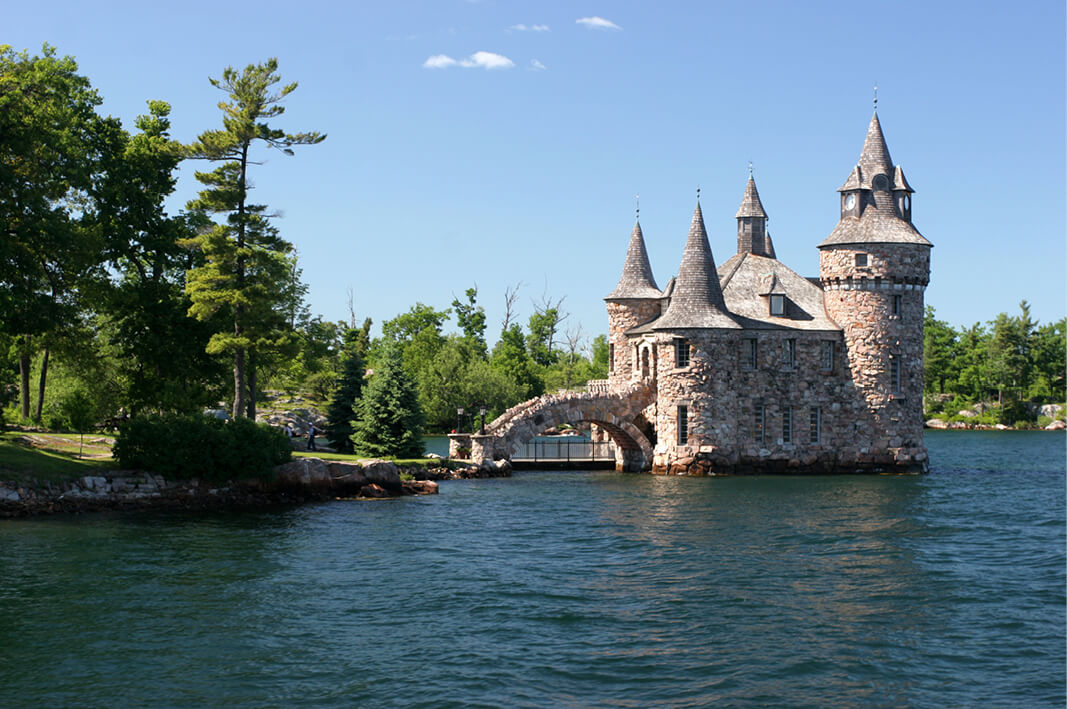 It is hard to fathom how beautiful this place is. There are around 1864 islands in this region along the St Lawrence River that kisses the banks of both American and Canadian shores. These green-topped pearls adorning the beautiful blue river stretch over 80 kilometres with a boat tour the best way to explore castles and historic places such as Boldt Castle on Heart Island, Singer Castle on Dark Island, Rock Island Lighthouse and Millionaires' Row. Go for the most scenic of drives on the Great Lakes Seaway Trail, visiting lighthouses, wineries and pristine beaches, or just pull up a deckchair and take it all in. 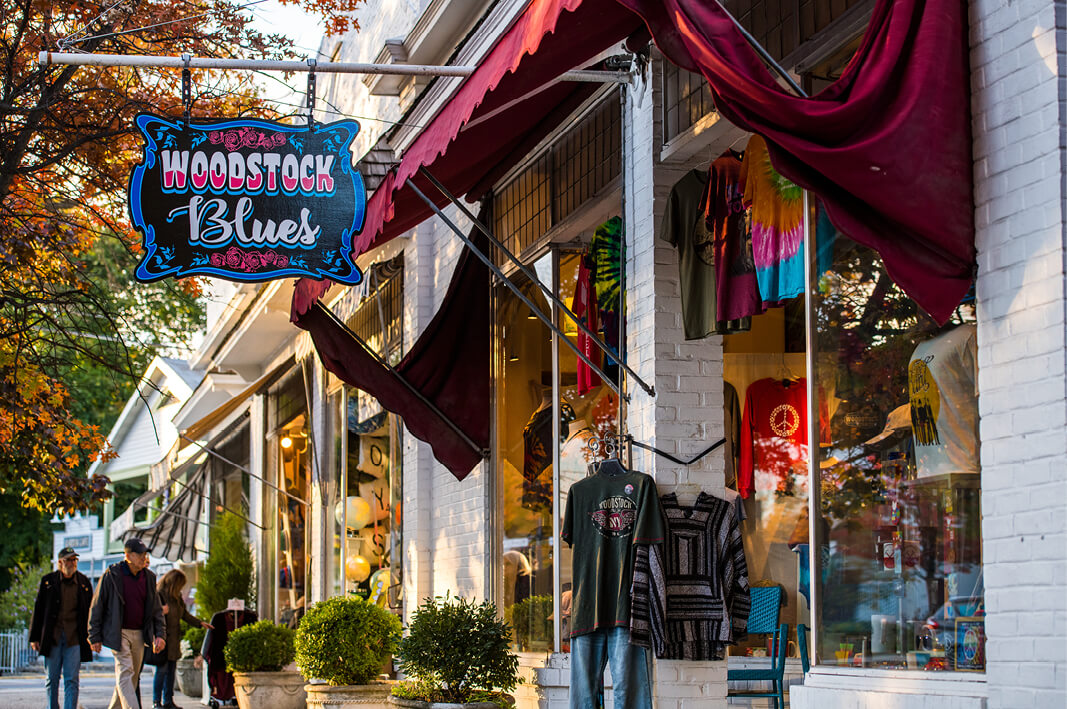 The Catskills Park is an undiscovered treasure with 283,000 hectares of wilderness within the mountains. A State Park, the park is designated as ‘Forever Wild’ by New York State. You can go hiking, skiing, wildlife watching, fly fishing and hike to the top of one of five restored fire towers, with Overlook Fire Tower a favourite. Try fly fishing in Roscoe – Trout Town USA. It is the birthplace of modern fly fishing and the region 2,414 kms of trout streams. A visit to the Bethel Woods Center for the Arts, the site of Woodstock in 1969, is another must.

Have a laugh in Jamestown, Chautauqua-Allegheny 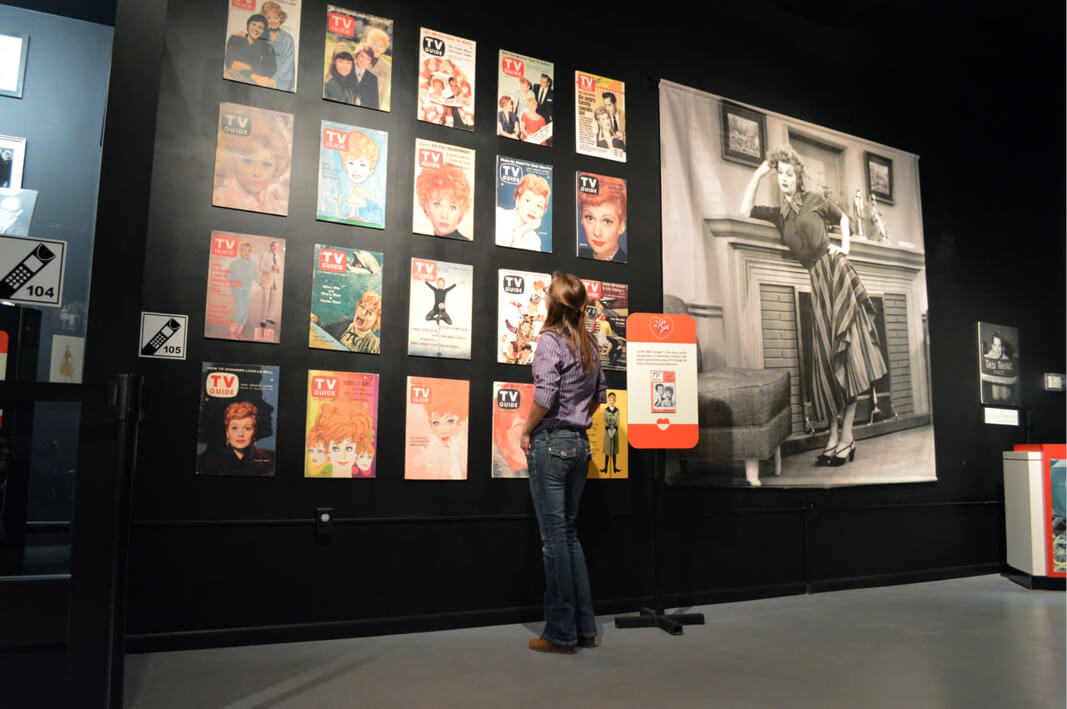 Perhaps the most famous person to hail from this region is Lucille Ball, who was born in Jamestown. Visit the Lucy-Desi Museum which celebrates her legacy, with costumes, memorabilia and more. Also in Jamestown is the National Comedy Center, which is an interactive, state-of-the-art destination sure to give you a laugh. Keep smiling by visiting the Allegany State Park, a spectacular area with a host of trails for outdoor fun, while Panama Rocks is surprising with its towering rocks, small caves and deep crevices hidden in an ancient, moss-covered forest. 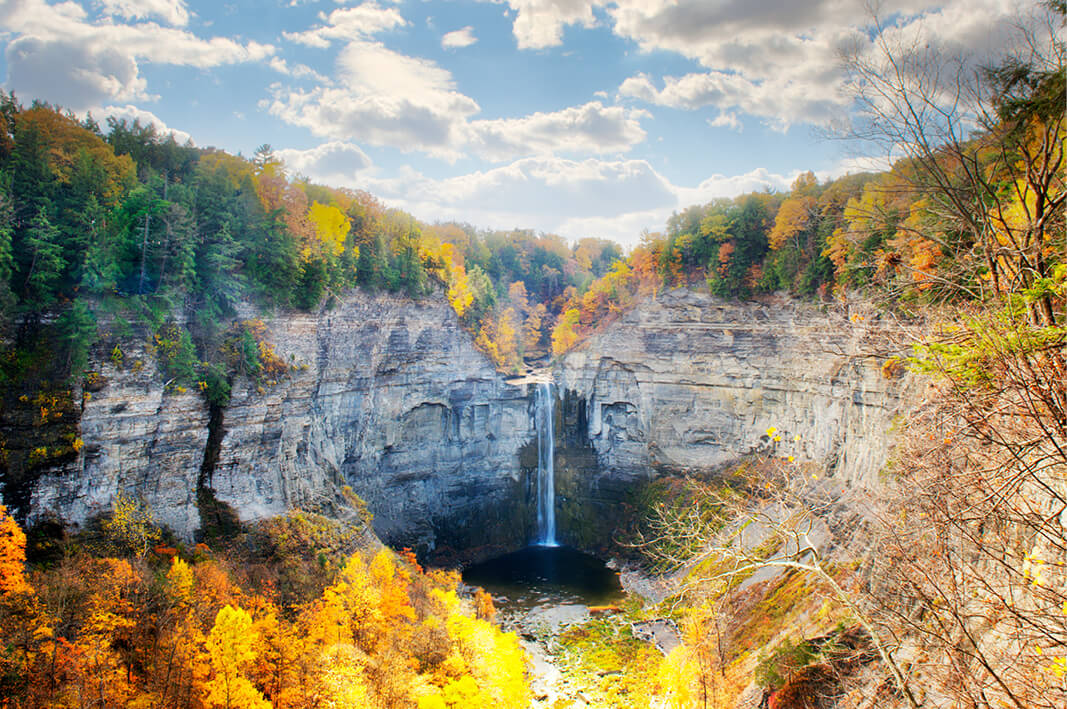 The Finger Lakes region is named for its 11 finger-shaped lakes that are an aquatic wonderland. From the largest of the lakes – Seneca – to the smallest – Canadice, each has its own beauty, and all are worth visiting. There are also some spectacular state parks, including Buttermilk Falls, Letchworth and the most popular, Watkins Glen, which has 19 waterfalls dancing down the glen’s stream. This area is also known for its wines, in fact it is the largest wine producing region east of California, with more than 120 wineries mostly dotted around the serene Keuka, Seneca, Canandaigua and Cayuga lakes.

Talk the tauk on Long Island 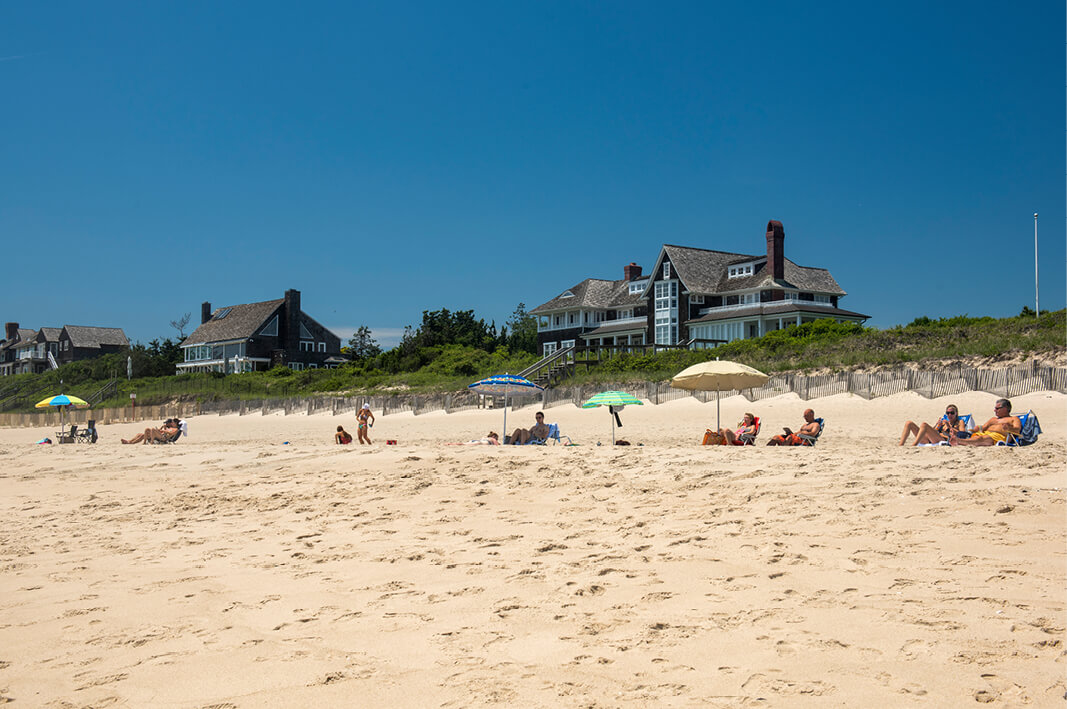 Long Island is celebrity central, with The Hamptons and Montauk THE place to hire a mansion in summer to escape the unrelenting heat in New York City. The beaches are glorious, as are the seaside villages. Climb up to the top of the Montauk Point Lighthouse – the first lighthouse in New York State and authorised by none other than George Washington. Montauk is also where you will find the oldest ranch in the USA. Deep Hollow Ranch was built in 1658, which makes it nearly a century older than the US itself. Apart from its history, the horse rides along the beach are legendary.

Unseated in the Adirondacks 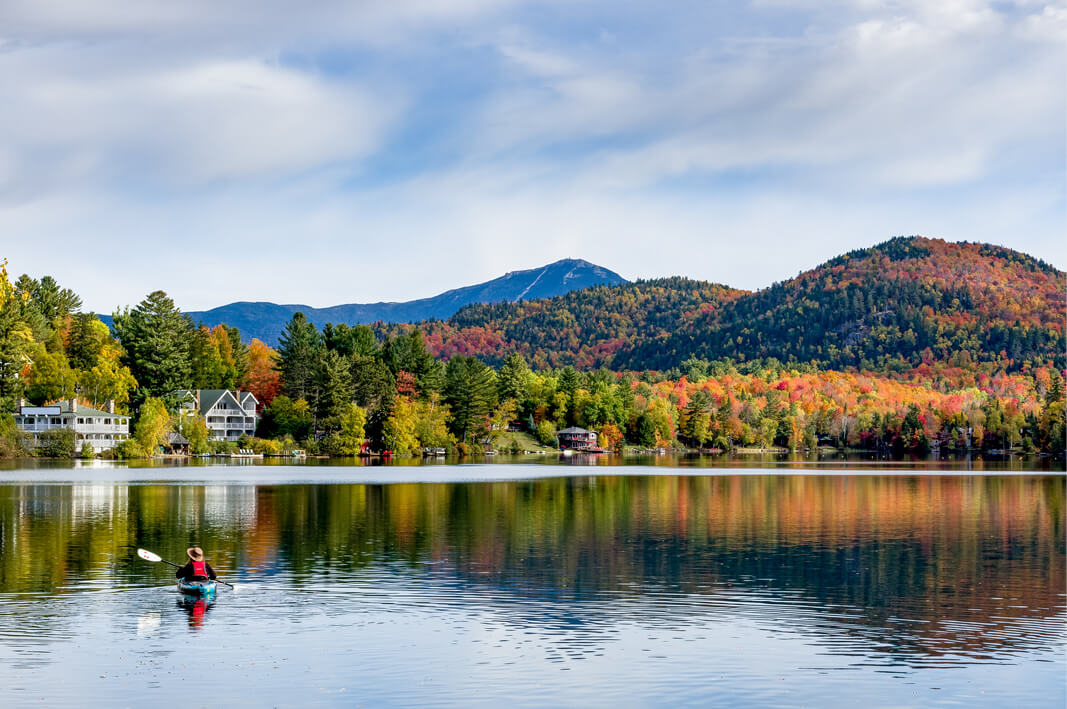 The Adirondacks is big and beautiful. In fact, it is larger than Yosemite, Everglades, Yellowstone, and the Grand Canyon combined. Head for the heights at Whiteface Mountain, where the world’s best winter athletes competed in the 1980 Lake Placid Winter Olympic Games. Whiteface is just as good out of winter, with the Cloudsplitter Gondola delivering scenic views over surrounding peaks, Lake Placid and Lake Champlain. Ausable Chasm is another stunner. Known as the Grand Canyon of the Adirondacks you can hike, climb, paddle and generally be in awe of its beauty. 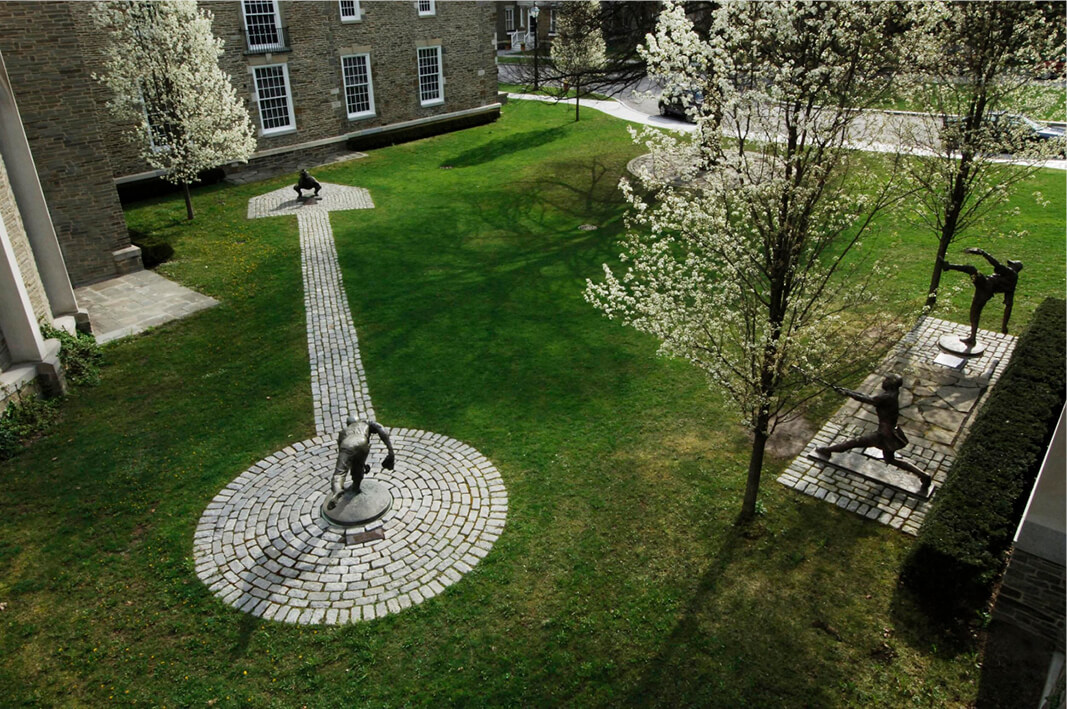 Cooperstown is America’s Most Perfect Village. Everyone says so, and it certainly is gorgeous, sitting so pretty on the shores of Lake Otsego. Cooperstown is batty for baseball. It is where you’ll find the National Baseball Hall of Fame & Museum and historic Doubleday Field where some say baseball was invented. If baseball isn’t your thing, take a cruise down the Erie Canal in Herkimer, find a prehistoric cave at the Howe Caverns High Adventure Park, or search for the Secret Caverns, which house a 30-metre underground waterfall. 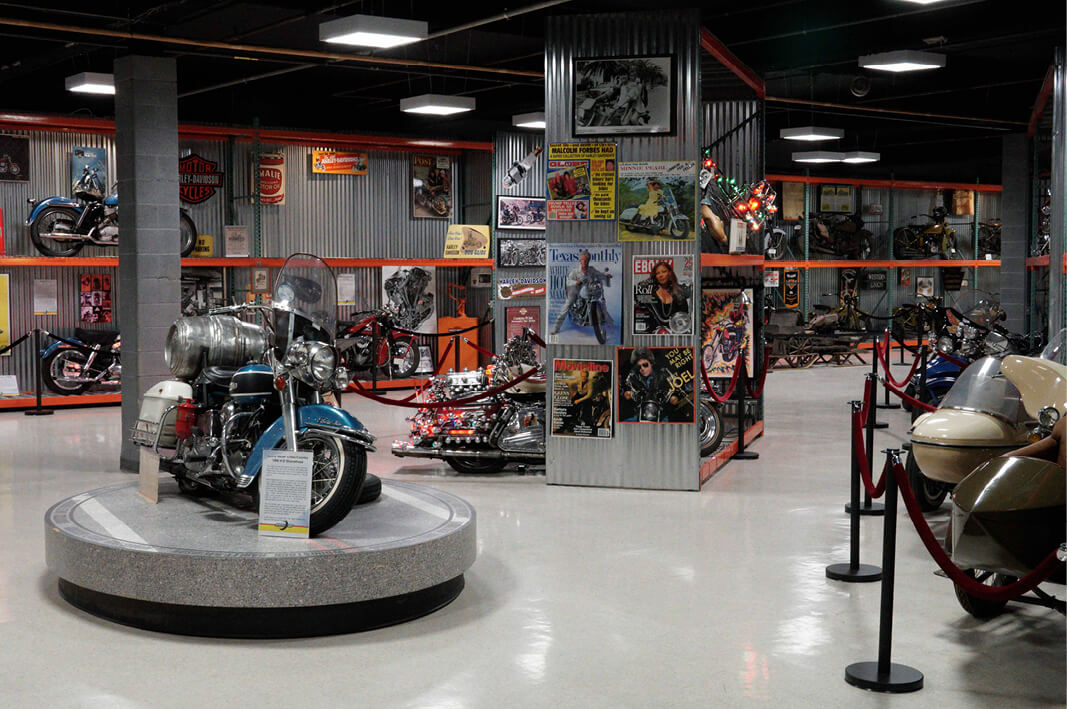 The Hudson Valley is a designated National Heritage Area. Historic highlights include the Franklin D. Roosevelt Presidential Home, Library and Museum, where FDR grew up, the Schuyler Mansion State Historic Site, home of Revolutionary War General Philip Schuyler and his family, and Kykuit, home to four generations of the Rockefeller family, has antique auto and horse-drawn carriage collections. Historic motorcycles can also be admired at the Motorcyclepedia Museum in Newburgh. It has more than 500 motorcycles dating back to 1897, including 100 Indians.

View our current New York State packages here, or speak to a Travel Associates advisor to plan your next one of a kind travel experience.