Any memorable holiday should consist of several elements, including wonderful or unique accommodation, enriching natural beauty, spotting wildlife, activities that inspire and enliven, and exceptional food and wine that send the taste buds into a state of heavenly bliss. South Australia has all the above and is the perfect place for those who want a little more. If you want a reason why, here are 10 of them!

1. You can be pampered at Sequoia Lodge 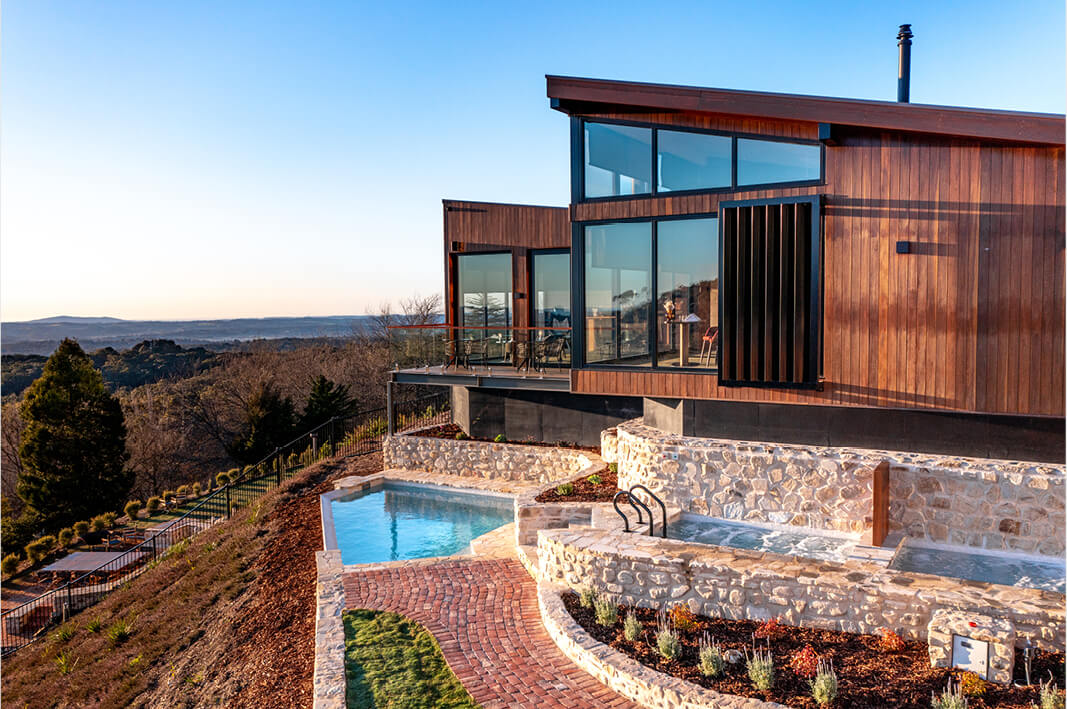 In the Adelaide Hills, bliss out on stunning views and unbridled luxury at Sequoia Lodge. This special place connects you with the land and its people through curated experiences - listen to ancient dreamtime stories, learn and taste with artisan winemakers, wake with morning yoga, go for a guided nature walk of the Mount Lofty Botanic Garden, or soak in one of the artesian spring-fed hot pools overlooking the spectacular Valley. For a little pampering, book a treatment at Gatekeeper’s Day Spa. 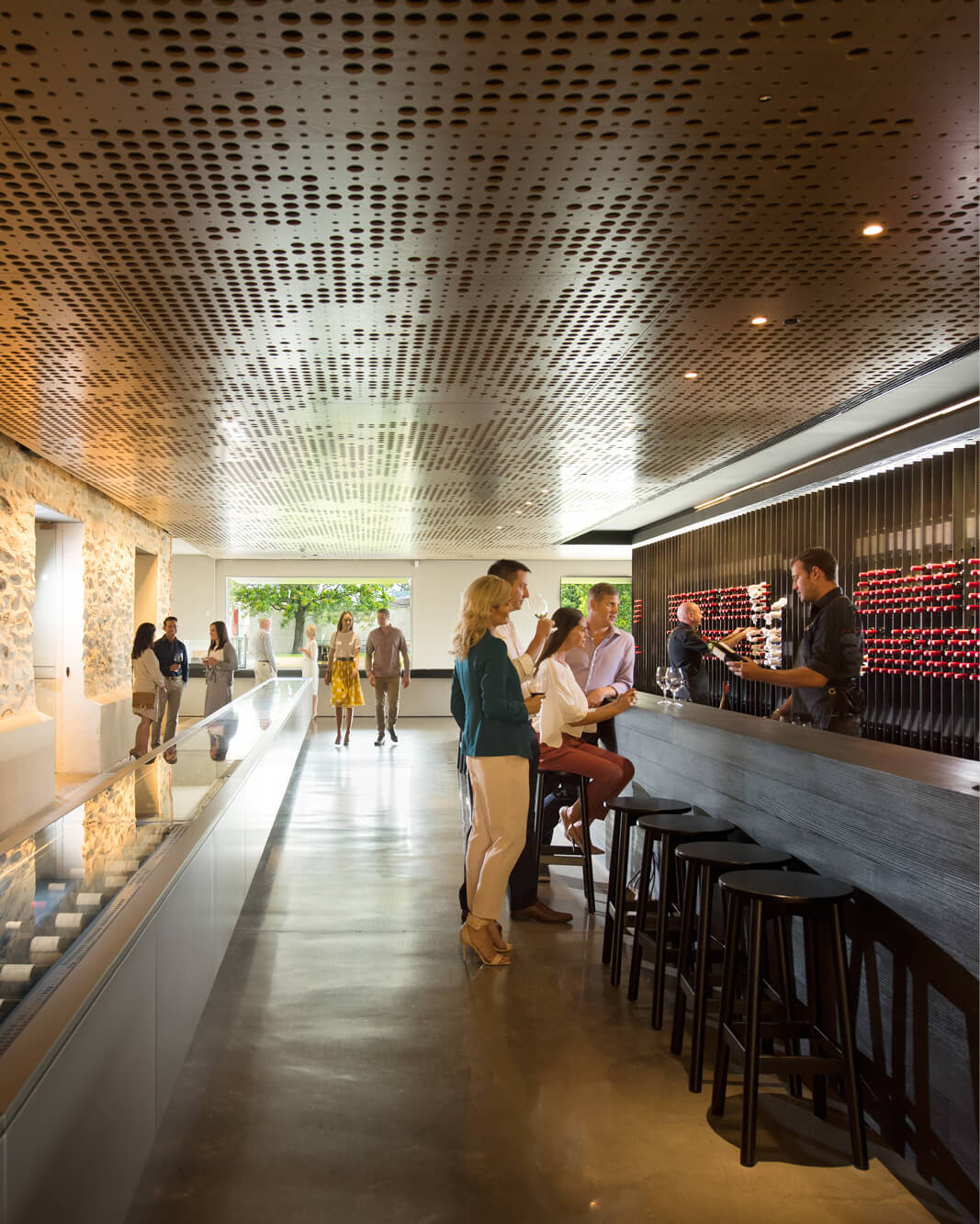 Uncover an unforgettable premium wine experience at Magill Estate, the home of Penfolds. Dating back to 1844, this is the spiritual birthplace of some of the best-known Australian wines, none more famous than the prestigious Penfolds Grange. Embark on a flavour journey with wine tasting at the Magill Estate Cellar Door or settle in for a lingering lunch with wine pairings, a cheese flight and a glass of Grange at Magill Estate Restaurant, where head chef Scott Huggins is all about seasonal produce. 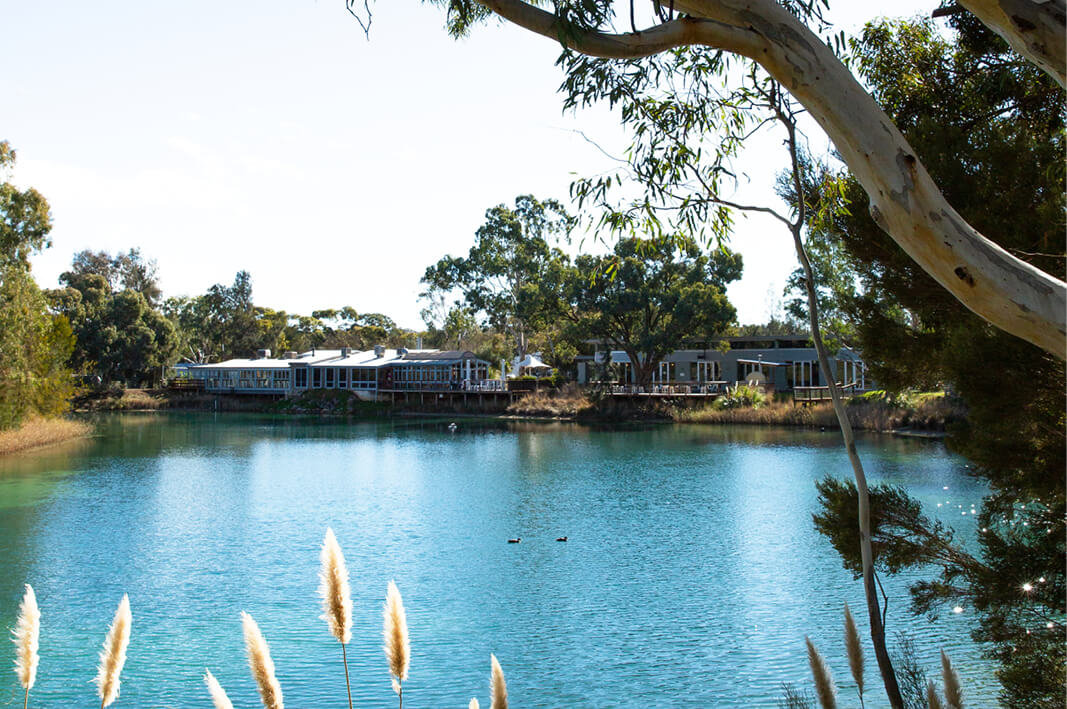 South Australia has more than its fair share of artisans, with plenty of opportunities to taste, tour and savour. At Maggie Beer’s The Farm Eatery and Cooking School in Nuriootpa, there are several options at the Cooking School including Market to Table – a five-hour treat where you will explore the Barossa Farmers Market with head chef Tim Bourke, taste the region’s produce, chat to local producers, source ingredients, then join Tim to cook a four-course lunch using the bounty you selected.

4. Take a hike on Kangaroo Island

The Kangaroo Island Wilderness Trail is a five-day trek covering 61 kilometres of the island’s many and varied natural landscapes including Admiral’s Arch, Seal Bay Conservation Area, Flinders Chase National Park and more. As the island recovers from the devastating bushfires of 2019-20, the Trail has been modified, and the only way to do it is with a licensed tour company. You will still see many of KI’s natural highlights, as well as taking in the beauty and wonder of regenerating plants. 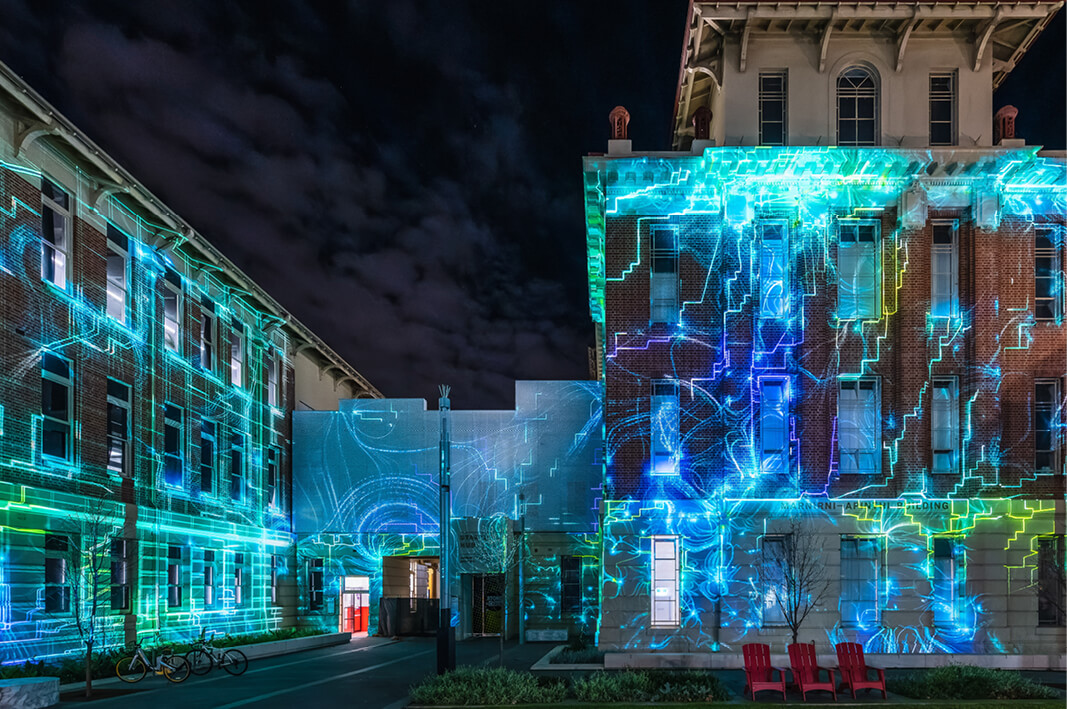 Adelaide is a cool, boutique city with a musical and artistic heart. So much so that it was designated as Australia’s first – and only – UNESCO Creative Music City, with several major festivals attracting crowds of people who all love the arts. The Adelaide Fringe Festival needs no introduction, as it is the biggest arts festival in the Southern Hemisphere, with everything from cabaret, theatre, comedy and circus to music and visual arts, workshops and more. In 2023 Fringe will be celebrated from 17 February to 19 March 2023.

6. Fauna and feast by air 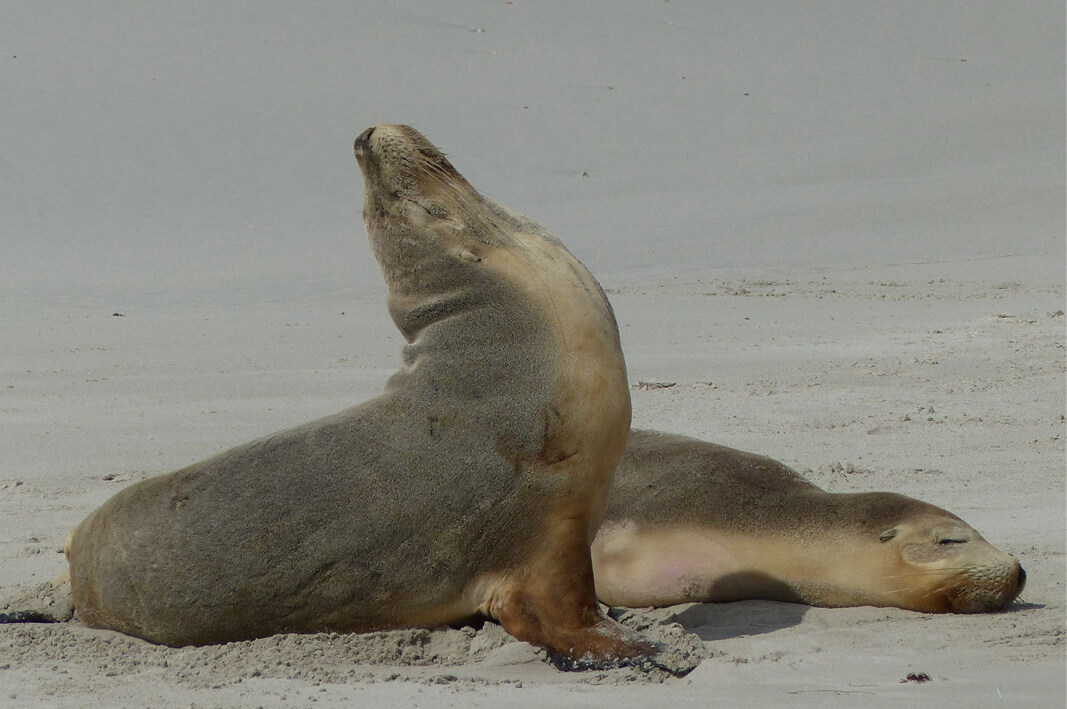 Take to the skies on this six-day, five-night tour with Australian Air Safaris, with epicurean delights and wildlife in abundance. Visit Port Lincoln, the ‘seafood capital of Australia’, and visit historic Mikkira Station where you are likely to see koalas. Fly to Kangaroo Island with its vast array of creatures from kangaroos and koalas to the Australian sea lions lazing about at Seal Bay Conservation Park. Eat oysters at Coffin Bay, walk with alpacas in Goolwa and learn about the First Nations people at Jekejere Park.

7. Framed in The Riverland

Framed in The Riverland

This award-winning, six-star retreat is the epitome of luxury, on the banks of the Murray River. Three very special and private retreats feature everything you could need for a romantic, secluded break, including a private pool, with a raft of gourmet food and wine experiences nearby. Pastiche and Montage Retreats sleep two, while Collage caters for four guests.

8. Do a tour of Adelaide Central Market

Foodies will want to experience Adelaide’s famous Central Market, the largest undercover market in the Southern Hemisphere. Join Ausfoods Tours for a tour of the Market, with a range of programs from between 45 minutes and four hours. The tours have been designed by one of South Australia's noted food experts, Mark Gleeson. Mark’s knowledge of South Australia’s finest produce market is second to none. Uncover the hidden foodie treasures that await, meeting local producers and tasting premium foods grown and produced in Southern Australia with everything from cheeses to bush tucker.

9. Stay at the Louise 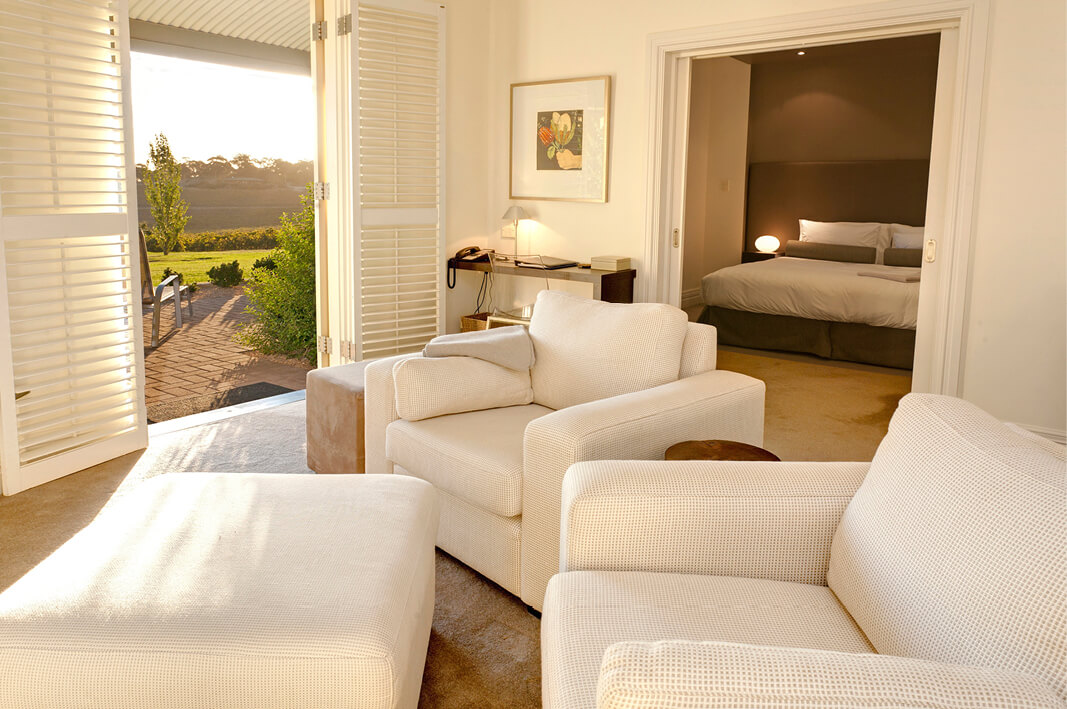 An idyllic escape set amid rolling, green hills in the Barossa Valley, The Louise is a wonderful base from which to taste and experience Barossa’s best. The accommodation is in private villa-style suites, with European design touches such as French doors which open to fields and vineyards. For world-class dining, you won’t have to venture out the property door as Appellation is truly exceptional. The Louise, a member of Baillee Lodges’ growing portfolio of luxury properties, has recently undergone a multi-million-dollar makeover. 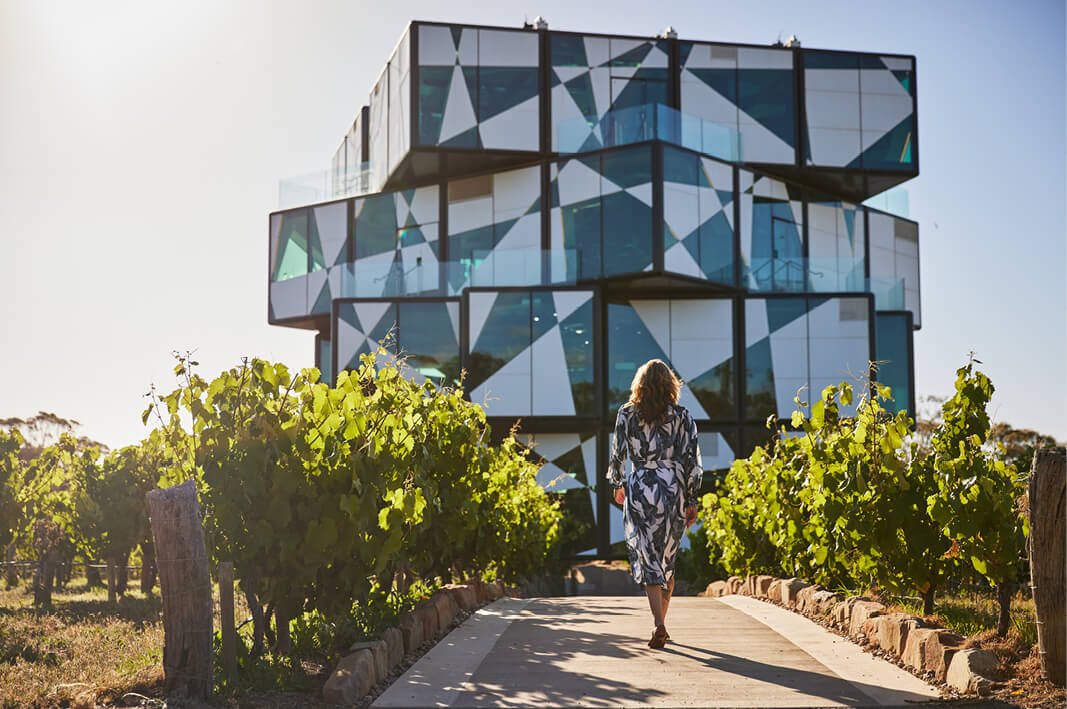 It might be jaw-dropping architecture that attracts you to the five-level d’Arenburg Cube, but it will be what you find within that encourages you to stay longer and taste more. With over 70 wines, you’re certain to find something you’ll love in the tasting room. You will certainly be transfixed by the views over the McLaren Vale region. For birds-eye views, there is a helicopter tour, after which you will blend and bottle your own wine, followed by an eight-course food and wine degustation at d'Arry's Verandah Restaurant.

Speak with your local Travel Advisor to plan your South Australian escape.

10 things to do outside New York City

Food worth travelling for