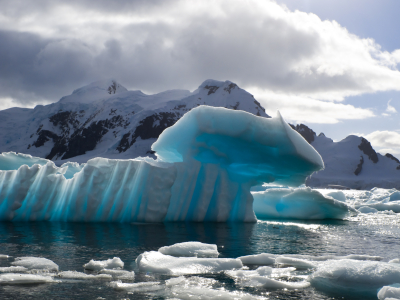 Air NZ to fly to Antarctica

New Zealand's premier air travel provider, Air New Zealand, has recently announced that it will begin flying from Christchurch in the South Island directly to the Ross Ice Shelf.

At this stage, flights are planned to cater solely to scientists and researchers needing to access this frozen land mass. The ground-breaking aspect of this venture is that this is the first time a private organisation has made plans to fly to Antarctica. Previously, all flights south have been organised by governmental groups, military or specialised companies.

Pilots will have to land on the Pegasus runway in Antarctica, made of ice, on the largest ice shelf on the planet. Another point of difference for these flights is that the Air NZ aircraft will be capable of making a round-trip without stopping to refuel on the runway in Antarctica like current flights services do.

The shelf was first discovered in 1841 just nine years before the first settlers arrived in Christchurch, by explorer James Clark Ross, hence the name of the frozen mass.

Travellers will have an expected flight time of around five hours - approximately akin to flying Sydney to Perth - for a journey of 2,090 nautical miles.

The first of these flights occurred on October 5 for a trial run. Afterward, Air NZ plans to operate two more charter flights for summer. These flights are chartered by Antarctica New Zealand and will carry American scientists as the US works alongside the project.

Planes used will be the regular Boeing 767-300 passenger jet, which is already equipped to deal with icy conditions.

While no commercial flights have been announced, this advance may signal hope for tourism in Antarctica in the future. Currently, keen travellers can take a scenic flight above the continent or travel by boat for a look on foot.

Is a small ship cruise right for you?