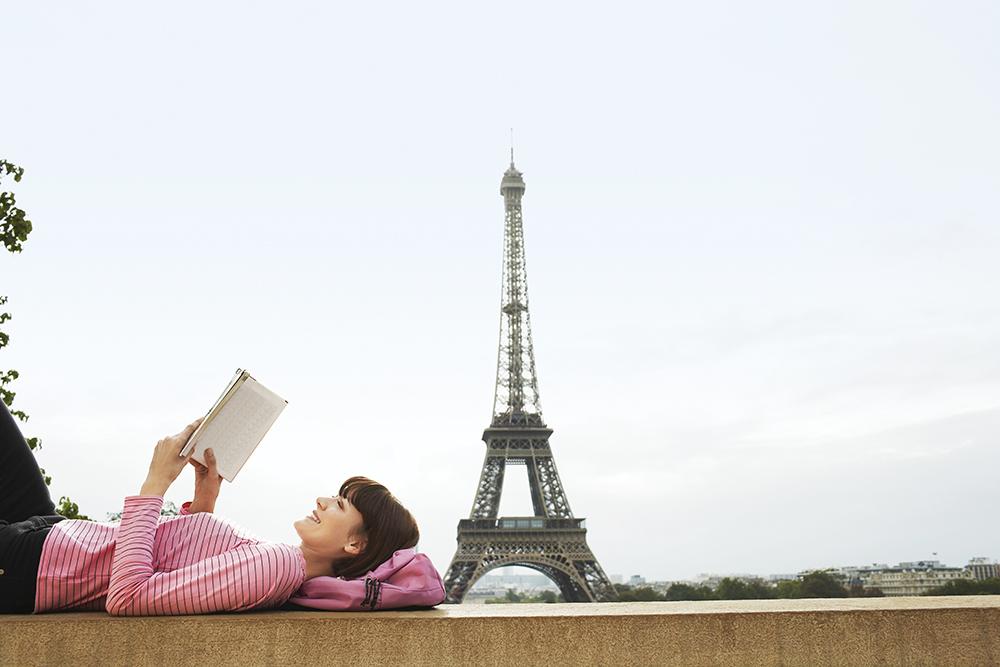 Reading about far-flung locations stirs the wanderlust in all of us. Here are 10 of our favourite tomes to ignite the travel bug through epic journeys, gourmand trails, self-reflection and humorous tales (in alphabetical order).

The search for an idyllic, hidden island in the Gulf of Thailand and the idealistic community of international backpackers who reside there struck a chord with travellers searching for authentic experiences off the well-worn tourist track. Through the course of the novel, the fragility of this isolated beach and its inhabitants comes under threat from both inside and outside forces and utopia remains that unobtainable ideal.

It’s always interesting to obtain an outsider view of your home and Bill Bryson offers his signature humorous slant on a pre-Sydney Olympics Australia in Down Under. Traversing the country by rail and car, Bill ponders the legacy of early settlers in the outback, the populous cities of the east coast from Brisbane to Adelaide, and Australia’s natural wonders.

This is a travel memoir you either love or hate; either way it provokes debate and also spawned a wave of solo vacations by women keen to emulate the author’s year of self-exploration. After her divorce and funded by a book advance, Elizabeth begins her journey in Italy, travels to India to study with her religious guru and then ends the year in Bali where she finds the ‘love’ of the title.

A classic fish-out-of-water tale, Aussie journalist Sarah starts out as a petulant Westerner in New Delhi when her journalist partner is posted there. While navigating the cultures and traditions of India, Sarah adjusts to the chaos of life there and takes a journey into her spiritual self by sampling various religious philosophies during her stay on the sub-continent.

Using a then-revolutionary style of travel writing consisting of historic references woven together with witty anecdotes and fictionalised accounts, In Patagonia details the author’s 6-month trip to South America from 1974 to 1975 and his ruminations on wanderlust. Conjuring all the mystery of an exotic and forbidding land, Bruce Chatwin’s tale of his journey to Patagonia was an instant classic.

The Motorcycle Diaries by Ernesto Guevara (1993)

The adventures of then-medical student Ernest ‘Che’ Guevara and his friend Alberto Granada covers some 8,000 kilometres as the duo seek to understand South America and themselves in this memoir. The epic journey is famous for informing the path of the famous revolutionary and involves 9 months of travel by various modes of transport through Argentina, Chile, Peru, Ecuador, Colombia, Venezuela, Panama and Florida in 1952.

One for the foodies, irrepressible American Julia Child’s autobiography details how she fell in love with the French way of life and cuisine while living in Paris during the 1950s and ’60s. A household name in the US, the book details Julia’s attempts to learn French, study at the Cordon Bleu and find her calling. Driven to share her passion, Julia wrote a cookbook, Mastering the Art of French Cooking, introducing the culinary concepts to Americans.

One of the seminal road trip novels, the semi-autobiographical On the Road is based on the travels of Jack Kerouac and his friends across America in the late ‘40s on a quest for meaning and a sense of belonging against a backdrop of jazz, drugs and beat poetry. Heralded as a defining tome for the post-war Beat Generation, Sal Paradise( Jack Kerouac) and Dean Moriarty (Neal Cassady) make sense of their existence on epic trips through the States and Mexico.

The Songs of Sapa: Stories and Recipes from Vietnam by Luke Nguyen (2009)

Ostensibly a cookbook about the various regional dishes and culinary styles of Vietnam, celebrity chef and restaurateur Luke travels back to his birth country to discover his roots through food. Beautifully realised with vibrant photography and mouth-watering recipes, it’s the personal story of Luke reconnecting with family and meeting and cooking with locals around the country that resonates.

The Sun Never Sets: Travels to the Remaining Outposts of the British Empire by Simon Winchester (1985)

Offering both a snapshot of the colonies under the British Empire and these far-flung islands after handover and attaining nationhood, Simon Winchester criss-crosses the globe for three years from Antarctica to the Caribbean and from Asia to Europe and uncovers the relics and forgotten quirks of the Commonwealth. The book was reprinted in 2003 with an update about the Hong Kong handover.

Your Guide to Discovering the Best of Africa

Your next holiday could make the world of difference