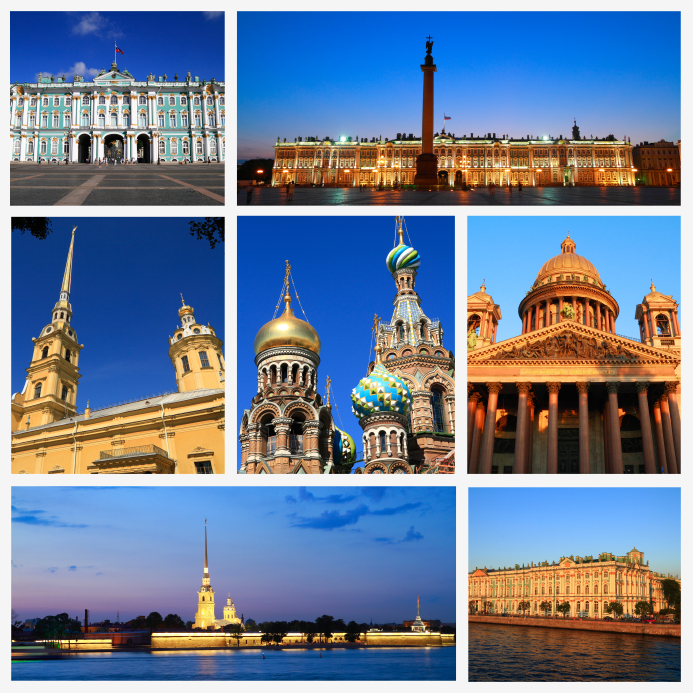 If you're interested in Europe holidays, you are probably considering cities like Rome, Paris, London or Madrid. While Western Europe certainly has its share of beautiful and historic cities, don't forget to look East as you consider places to go on your holiday.

Have you ever considered a trip to St. Petersburg, Russia? This unique city has been called the Venice of the North for its stunning architecture and river-centric urban landscape. Not only that, the city is home to a fascinating history, one of the best art museums in the world, and a thriving dining and nightlife scene. As you plan your holiday in Europe, consider St. Petersburg.

The city's history is as unique as it is tumultuous. Founded in the early 18th century by Tsar Peter the Great, the city's architecture was designed to reflect Russia's growing influence on the world scene at the time of St. Petersburg's construction. Ornate palaces and stunning cathedrals, built both during Peter the Great's time and throughout the reigns of subsequent Tsars, still adorn the city to this day, despite St. Petersburg's troubled times during World Wars I and II.

Things to do in St. Petersburg

When deciding what to do with your time in St. Petersburg, few things come to mind as quickly as The State Hermitage Museum. Boasting a jaw-dropping 3 million works of art - including paintings, sculptures, archaeological materials, historic artefacts and more - the Hermitage has been named one of the best museums in the world by National Geographic. The museum's holdings are displayed in six buildings stretching along the Neva River - the most famous of which is the opulent Winter Palace - and were created by artists such as Leonardo Da Vinci, Rembrandt Harmenszoon van Rijn, Vincent van Gogh, Pablo Picasso and Francisco de Goya.

The Mariinsky Theatre is another can't-miss spectacle. Over the years, the theatre has played host to some of the biggest names in Russian music, theatre and ballet, including Mikhail Baryshnikov, Anna Pavlova, Konstantin Korovin and, of course, Pyotr Ilyich Tchaikovsky. The theatre itself is as grandiose as it is historic. If you're a fan of the performing arts, you'll absolutely want to catch a show at the Mariinsky.

If you're planning to come to St. Petersburg during the mid-summer months, you won't be disappointed: This is the time of year when the sun barely sets, leaving a pearlescent glow over the city at all hours of the day. Referred to as the White Nights, these days are the perfect opportunity to enjoy St. Petersburg all night long. During this time, the city is alight with festivals, parties and couples strolling under the midnight sun.

Foodies have plenty to discover in St. Petersburg. Head to L'Europe, arguably the oldest restaurant in Russia, to indulge in a delicious meal characteristic of St. Petersburg. Savour some caviar, poached veal, beef filet with champagne sauce, or cherry sauce-drizzled ribeye, all from your seat in a beautiful art nouveau-styled establishment.

Terrassa is another top-notch choice. Thanks to its rooftop location, Terrassa treats you to both great food and gorgeous views. The cuisine here is fusion-style, with flavours coming from the French, Chinese, Italian, Japanese, Thai and American persuasions.

Taleon Restaurant has been voted the 'best luxurious restaurant in St. Petersburg,' according to its website - and for good reason. Serving modern Russian and international cuisine, the establishment is open for dinner and lunch, and boasts a regal and elegant atmosphere. Taleon's signature dish? Chilean sea bass with truffle risotto. Hungry yet?

Whatever you choose to do in St. Petersburg, you can be sure you'll discover something exciting and new in this historic city of decadence, parties and White Nights.