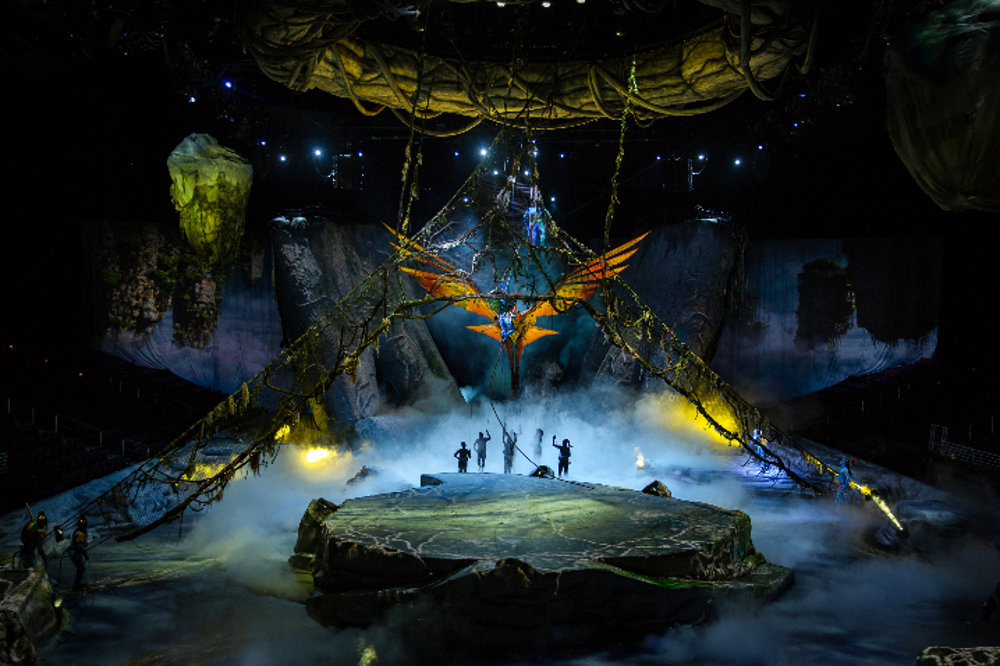 After years of treating New York somewhat warily, like a dangerous high-wire act, Cirque du Soleil is ready to flip over the Big Apple. The Montreal-based circus company is planning for two travelling shows to land in the city next northern autumn, as well as a new one this northern spring, Paramour, which Cirque has specifically designed for a Broadway theatre.

"For us, New York is an underdeveloped market and it's surprising because it's still the world capital of entertainment," said Daniel Lamarre, president and chief executive officer of Cirque. "We are a strong player worldwide, with a worldwide brand, and we have spent a lot of time developing the Las Vegas market and not enough focus on developing the New York market."

Lamarre promised three completely different shows: In addition to Paramour, there will be the eccentric and dreamy big top show Kurios and the new arena show Toruk, inspired by James Cameron's movie Avatar, which he described as "a live, multimedia spectacle".

"Our challenge is always to be on the edge and always come with distinctive types of shows that will always surprise our fans," he said. "I think we've been good lately in pushing the boundaries of creativity and also of technology."

Paramour at the Lyric Theatre marks the first time Cirque has gone directly after the Broadway market, with show creators hoping to give the production more story than traditional Cirque offerings.

Cirque du Soleil hasn't always had roaring success in the city. The female-centric Amaluna – the Diane Palus-led melding of Shakespeare's The Tempest with jaw-dropping circus tricks – was well-attended in 2014 at Citi Field. But Banana Shpeel – a disappointingly spotty program of acrobatics, juggling, dance and mostly tiresome slapstick – flopped at the Beacon Theatre in 2010.

Annaleigh Ashford, a Tony Award winner currently onstage in the play Sylvia, was in the cast of Banana Shpeel and sensed quickly that it wasn't a great match for the city.

"The genre of circus is traditionally not one of storytelling," she said. "It's more abstract. And New York City is a city that has built a theatre community – a world of theatre – on very specific, very clear storytelling. Storytelling is not their first concern. And it's our first concern here."

Other Cirque shows that have come through the city in recent years include Totem at Citi Field, Zarkana for two summers at Radio City Music Hall from 2012-13, the winter show Wintuk at Madison Square Garden from 2007 to 2010 and OVO on Randall's Island in 2010. But unlike Las Vegas – where eight Cirque shows are running – the company has never really had a permanent foothold in New York, even though its shows are tourist-friendly spectacles not depending on dialogue, star or story.

The first step Cirque took for a new New York strategy was to open an office in the city about 18 months ago led by Scott Zeiger, a co-founder of BASE Entertainment. He quickly understood that New York was special and so he built Paramour to be different.

In Vegas, shows compete with gambling, shopping and food.

"You're there for the spectacle, you're there for the excitement, you're there to see something you can't see anywhere else," he said. "In New York, it's a different bar altogether. There is a real theatre-going community here that is looking to embrace new and eclectic and interesting theatre. Not until we can drive the story as much as we can drive the spectacle was Cirque truly comfortable in creating something for a Broadway house."

The upcoming visiting avant-garde Kurios and the immersive Toruk – made with consultation by Cameron and featuring the familiar blue Na'vi – will be marketed toward New Yorkers, while Paramour will go after tourists.

Other circuses have also tried to find a foothold in New York, including Traces, a hip-hop-flavoured show in Union Square, and the circus-turned-burlesque show Empire from Spiegelworld. The Big Apple Circus has for years pitched its tent in the city, and Ringling Bros and Barnum & Bailey's Circus Xtreme has stopped by.

Cirque has been reinvigorating its brand by pushing the technology envelope and spreading its wings into different mediums. Its Michael Jackson One in Las Vegas features a hologram-like image of the King of Pop, and it will co-produce NBC's The Wiz Live! this winter. Brand-new drone technology will be featured in Paramour.

Lamarre said Cirque has about 75,000 artists in its database and makes huge investments in research and development. "If we want to remain relevant for the next 30 years, we have to be on the lookout all the time and we have to reinvent ourselves all the time," he said.

This article was written by Mark Kennedy from The Associated Press and was legally licensed through the NewsCred publisher network.