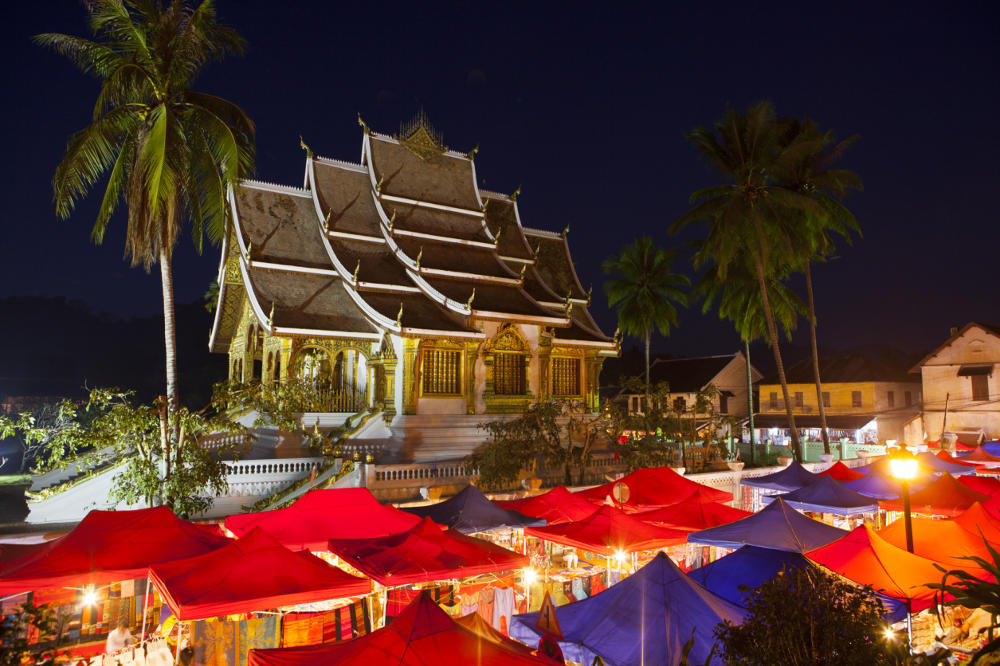 The grizzled old backpacker looked gloomily over his Lao beer across the dark and slow-moving waters of the midnight Mekong and sighed. “Give it 10 years and they will have trashed the place.”

The place was the ancient royal city of Luang Prabang, the date 2002, and it was one of the most magical shores on which I’d ever washed up. Once known as Muang Xieng Thong – the City of Gold – its 30 golden temples still rose up gleaming toward a tropical sky amid faded French colonial villas and old, traditional, wood-build Lao homes creaking gently on arthritic stilts.

The setting was pure theatre – a peninsula at the confluence of the Mekong and Nam Khan and the people all grace and shy welcome. On the backpacking trail but hidden high in northern Laos and well off the main tourist track, it seemed a forgotten city.

But all this was beginning to change, as a few years earlier Luang Prabang had been designated a Unesco World Heritage Site. With such designation can come salvation but also fame and fortune.

My morose companion feared what the latter might mean. He was convinced that although it might gather a few good hotels and some much-needed restaurants, it would lose that indefinable quality that made it so special.

A decade or more on, I was worried that those fears had been justified. From the landscaped decks of the stylish and undoubtedly luxurious Amantaka hotel, Luang Prabang had, in some ways at least, changed.

Instead of chatting with a backpacker among fireflies on the muddy shores of the Mekong, I found myself in conversation with a Laotian prince. However, this particular prince was no playboy of the Eastern world but a renowned artist, one of a dedicated band of local Laotians and expats determined to ensure that the true essence of Luang Prabang survives.

“Our architectural treasures needed the protection the Unesco designation would bring,” said “Nith” Nithakhong Somsanith. “We now have that protection but the real treasure of Luang Prabang is its people and their cultural heritage. Our challenge now is to ensure we protect the soul of the city.”

Walking through the streets, I noticed first how many of the old colonial houses had been given new leases of life, converted into boutique guesthouses or chic little French cafes. The temples, too, had benefited and a project was under way to determine the best methods of bringing their faded frescoes to life again.

Much-needed new restaurants abounded, attracting the best chefs in the country and offering a fantastic fusion of French and Lao cuisine. The night market was still an Aladdin’s Cave of local treasures – with everything from beautiful local textiles to aluminium toys made from the detritus of the wars that devastated the region for 20 years. There is Lao poetry in seeing part of a B-52 bomber wing now a plaything clasped to the breast of a laughing child.

In colonial times, the French had a saying about Indo-China. “The Vietnamese plant the rice, the Cambodians watch the rice grow – and the Lao listen to it grow.”

Traditionally, the Lao are largely Theravada Buddhists and believe that there is no point in becoming too excited about anything, because one’s lot is totally ruled by kamma, a force over which one has no control. But had a new prosperity changed this culture?

One day I was caught in a torrential downpour and a hobbling, squeaking old lady rushed out of her old wooden house and hauled me into the dark and dry. Over a cup of something that might have been tea, we exchanged photos of our families, gossiped in sign language. Nith, I felt, need not worry too much.

And yet there are pressures. One of the great and moving sights in Luang Prabang takes place in the early morning when the monks emerge from their temples and process – a mile of shuffling saffron – through the streets with their begging bowls to receive alms in the form of a sticky rice.

This is not an act of charity on the part of the donors but on the part of the monks, because it allows the giver to benefit spiritually by way of their gift. Unfortunately, in high season, the ceremony has become a scrum of tourists as visitors jostle to take part.

“We need to help our guests to understand and respect the ceremony and this is largely the responsibility of the hotels,” said Nith, who is the cultural advisor to the Amantaka and its guests.

One of Nith’s comrades is Emi Weir, an Australian who runs Ma Te Sai (meaning “Where Does It Come From?”), a local crafts shop in Luang Prabang’s main street, working closely with craft co-operatives all over Laos as well as running boat trips on the Mekong.

“This is truly a magical place,” said Emi, “but visitors, Laos and expats all have a role to play in helping to protect it. Tourism is a relatively new game here and we are all still learning the rules.”

My gloomy old friend’s pessimism was unfounded. The fireflies and the Mekong are still there, as is the cool Lao beer.

The city is just gently joining the 21st Century and, after weathering so many centuries, what, after all, is just one more?

The restaurant is on the edge of town but worth the trip if you want the best that Luang Prabang has to offer in terms of world-class cuisine. A good cellar and a lovely setting. Dine outside for a lovely view of the candlelit gardens.

On Luang Prabang’s main street and offering a good choice of excellent-value Lao and Western dishes. The clientele are an eclectic mix of locals, expats and visitors drawn by both the fare and the balmy garden setting.

Set across a bamboo bridge on a tiny island on the edge of the Nam Khan river, this open-air restaurant is frequented almost exclusively by locals, expats – and chefs from the smart hotels on their evenings off. Communication is in Lao or sign language but the result is always delicious. The papaya salad and the fried rice are the best in town.

This article was written by John Graham-Hart from The Daily Telegraph and was legally licensed through the NewsCred publisher network.