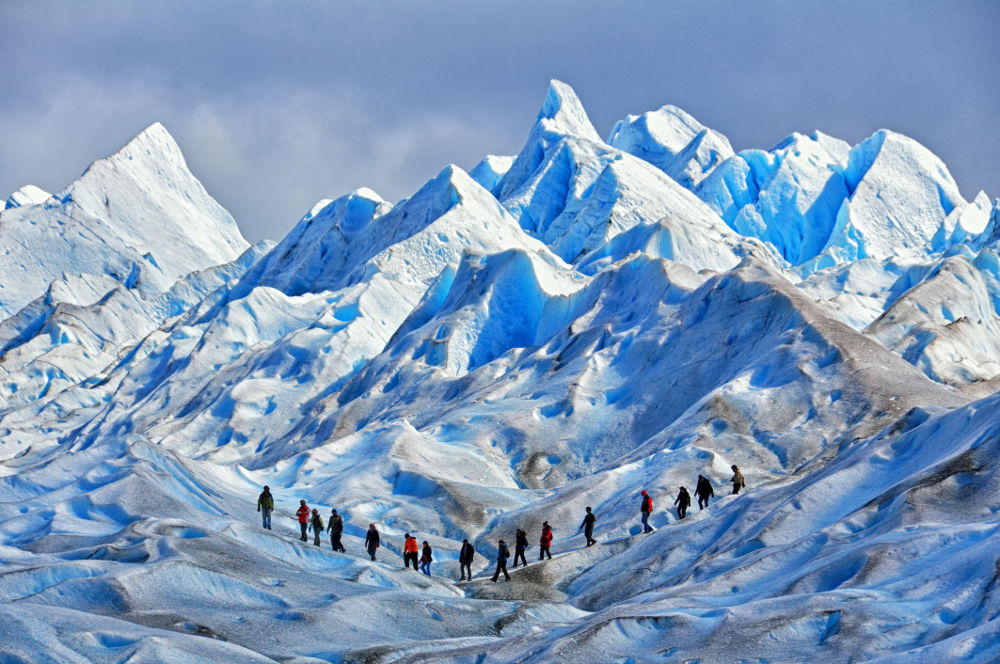 Blink and you might miss Chile on the map. A mere sliver of a nation, curving along the spine of South America, Chile stretches some 4,300 kilometres down the west coast of the continent, but is only 350 kilometres across.

What it lacks in girth, it more than makes up for with wild experiences in diverse otherworldy landscapes that span arid deserts, snow-capped mountain peaks, glacial valleys, sandy beaches and blackened skies made for intergalactic stargazing.

In a word, Chile is extreme. In fact, some of its regions have even been appropriated by some of the most recognised outdoor brands to attest to Chile’s extremeness. Here is where to get your thrills.

Rich in mineral wealth, Chile’s Atacama Desert is the world’s driest non-polar desert and also considered to be the oldest. Located to the west of the Andes mountain ranges, it is comprised of stony terrain, salt flats, lava and sand.

In one particular area of the Atacama, the soil composition has even been compared to that of Mars, and the otherworldly terrain has also stood in for the planet as a TV-show backdrop.

Despite the extreme aridity and unlike Mars, life has been found in the Atacama Desert – hardy plants and select insects, amphibians and reptiles making their home in some of the more hospitable areas in this harsh environment. Not surprisingly, the Atacama is also a drawcard for extreme racing.

Google ‘Patagonia’ and the first entry is a certain company specialising in outdoor gear. Its namesake is an area of such extreme beauty, you won’t believe such vibrant colours exist. But Patagonia is real and not Photoshopped.

A bucket list-worthy area at the southern frontier of Chile, the Patagonia region shares two coasts and a variety of terrain from desert to savannah to mountains. Six national parks are within the Patagonia region where you’ll experience the wild and rugged adventure of trekking legend.

Sparsely populated, with wild horses and pumas and whales, penguins and elephant seals along the coastline, hiking in Patagonia is a wildlife enthusiast’s dream. The Perito Moreno Glacier is one of the biggest drawcards – a breathtaking display of sculpted ice like icing peaks atop an impossibly blue lake.

The mysterious island of Rapa Nui or Easter Island has entranced people for centuries. With its remote location 3,000 kilometres away from Chile in the Pacific Ocean, the Chilean territory is serviced by daily flights from the capital, Santiago.

Easter Island’s biggest drawcard is the intriguing statues known as Mo’ai, which were carved using only stone hand chisels from the solidified volcanic ash found within the island’s extinct volcano. With their solemn faces and massive stature, each of the 887 statues is said to represent a deceased head of lineage.

Yep, Chile has its own Lakes District, minus the tea and scones found in the UK but just as scenic. The Lakes District in southern Chile is filled with fertile farmlands, thick forests and deep, clear lakes. There’s also a sprinkling of snow-capped volcanoes adding to the picturesque feel of this region.

Don’t let the serenity fool you, the many national parks in this area reveal the adventure sports capitals of Pucón and Puerto Varas where you can really put yourself in the scene.

Try volcano climbing, canyoning, horse riding and kayaking or soak in the thermal springs and hit the slopes in wintertime.

The sky-scraping spires of the Andes may be most commonly associated with Peru, however Chile also has its share of this majestic mountain range. The Southern Andes, in Argentina and Chile, can be further divided into the Dry and Wet Andes zones.

You can visit the Andes from Santiago, just a 90-minute drive to the foothills where the terrain changes from lush to arid. A lookout at 2,000 metres up showcases the 5,434-metre El Plomo, which is always covered in snow.

Valle Nevado – Santiago’s closest and most popular ski resort at just 46 kilometres east of the city – is where you can enjoy 800 hectares of skiable terrain.

How To Make The Most Of Business Class