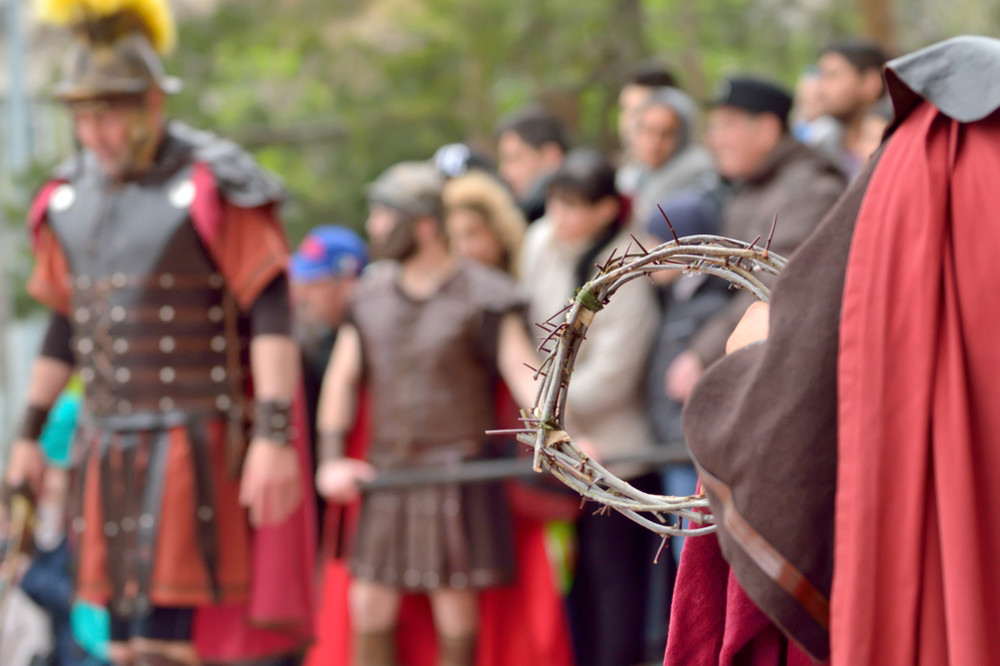 TRAVEL BLOG Festivals In The Philippines

Festivals In The Philippines

There are 7,107 islands in The Philippines and at least as many fiestas. Depending on your schedule, you can celebrate local produce, such as coconut (January in San Pablo, Laguna), banana (March in Baco, Mindoro), pineapple (June in Camarines Norte) and milkfish (May in Dagupan, Pangasinan). You can commemorate the treaty of friendship between a local chieftain and the Spanish conquistador, Miguel Lopez de Legazpi, at the Sandugo festival on the island of Bohol in March, the legendary origins of Mount Mayon at the Magayon festival in Albay in May and traditional frog-catching methods at the Frog Festival in San Fernando, Pampanga, in October.

By far the greatest number of the country's fiestas, however, are religious, with each district, city and province putting on parades and pageants to honour its own patron saint, as well as many of the official Church holidays. The grandest of them can hold their own with the much more celebrated Mardi Gras in New Orleans and Carnival in Rio. Together, they offer a unique and colourful way of exploring a country and culture still largely unknown in the West.

In recent years, I have attended many Filipino festivals in the course of researching my novel The Breath of Night. Friends expressed surprise that I was moving so far away from my comfort zone but what intrigued me about The Philippines, and what makes it such a fascinating destination for a Western visitor is that, with the exception of the recently established East Timor, it is the only Christian country in Asia. Six out of seven Filipinos are Catholic, with another 6 per cent belonging to independent churches; the remainder being Muslim, Buddhist, Taoist or subscribing to local cults – there is even one in Abra province that worships former dictator Ferdinand Marcos.

Meanwhile, the influence of pre-Hispanic indigenous religion remains strong. As we stopped to relieve ourselves beside a remote road in north Luzon, I was amazed to hear my sophisticated guide muttering incantations. He later confessed that he was begging the pardon of any wayside spirits that he might inadvertently have wet. When asked if he believed in these spirits, he genially replied: "Only when I'm in the country."

Such equivocation is part of the Filipino mindset. A character in The Breath of Night commenting on his country's chequered colonial past, under first the Spanish and then the Americans, refers bitterly to its having "spent 300 years in a convent and 50 in Hollywood". Yet, while Filipinos may express a deeply ambivalent attitude towards their former colonial rulers, they have wholeheartedly embraced their religion and it is in the ubiquitous fiestas that convent devotion and Hollywood spectacle display a uniquely Philippine stamp.

The largest of these is the Feast of the Black Nazarene, which takes place in Manila on January 9. Barely has the Philippine capital recovered from the pasko (Christmas festival) than it celebrates the most important day in its civic calendar. The Black Nazarene is a 17th Century statue of Christ carrying the cross.

Having survived a fire aboard the galleon bringing it from Mexico (hence its colour), it has long been credited with miraculous powers and venerated by the city. If you dislike crowds, it may be best to stay away. The Black Nazarene's processional route is lined by several million devotees, making it the greatest single witness to faith in the contemporary world, far dwarfing the annual Hajj to Mecca.

The frenzied jostling, as people try to reach the carroza on which the statue stands, results in frequent injuries and even deaths. In recent years, the religious authorities, desperate to safeguard their treasure, have commissioned replicas of various body parts so that at any one time the statue in the street can never be fully authentic. Yet this has not dampened the crowd's enthusiasm.

There is something deeply humbling in seeing ordinary Filipinos, whose lives are scarred by hardship and oppression, identifying so personally with the tortured Christ.

Mexico has its share of festivals: Go Beyond The Beaches

Visit nearby Vietnam: A Taste Of Village Life In The North

Away from Manila, the most popular fiestas take place in May, when villages and towns across the country honour the Virgin Mary in the Flores de Mayo. This typically takes place over a period of nine days. Festivities culminate in the Santacruzan, a historical-religious procession to commemorate Saint Helena's discovery of the True Cross.

It features numerous biblical characters, from Methuselah to Veronica. The focus, though, is 20 or so teenage girls dressed in white, who symbolise various aspects of Mary as enumerated in her litany, such as House of Gold, Morning Star and Mirror of Justice.

Every fiesta serves several functions – social, cultural, economic, political (with vote-seeking congressmen much in evidence), as well as religious. Each girl is proudly – if stiffly – escorted by a young man in his barong tagalog (embroidered shirt). It is clear from watching the parade that the Flores de Mayo is as much a beauty pageant-cum-marriage market as a sacred procession.

Young transvestites – a notable Filipino subculture – are often present at the Flores de Mayo procession. At one fiesta I attended, several were allowed to march in the parade but were forbidden to enter the church. This was yet another instance of moral compromise in a state that is the only one in the world apart from the Vatican to prohibit divorce but is otherwise surprisingly permissive.

It is usually possible to combine a visit to a Flores de Mayo procession with one to the Fertility Rites at Obando, a small town about 20 kilometres from Manila. Nowhere is the survival of pagan rituals more marked than in this three-day fiesta. It is ostensibly in honour of the town's two patron saints, St Paschal Baylon and St Claire, together with the Virgin. But in practice it owes more to the ancient fertility dance, the Kasilonawan.

Street hawkers sell peanut brittle, rice cakes, noodles and the peculiar Filipino delicacies of adidas (fried chicken feet) and balut (a half-formed duck embryo, which also serves as an aphrodisiac). Meanwhile, childless women dance ecstatically in the streets – to St Paschal on May 17 if they want a boy and to St Clare on May 18 if they want a girl.

During my visit, the parish priest, having whipped the crowd into a frenzy with questions such as "Are you keen to get married?" and "Who wants to have a baby?", led them into the church and conducted mass. At the end, he discreetly disappeared to be replaced by the baylan, a pagan high priestess. In full view of the congregation, she rubbed the women's stomachs and men's genitals.

As for Christians throughout the world, the most sacred Filipino festival is Easter. Every province celebrates in its own way. Arguably the most interesting is the Moriones festival, held on Marinduque.

This sleepy island is best known as the country's main exporter of butterflies. For more than two centuries the inhabitants have held a Holy Week festival in honour of St Longinus. He was the Roman centurion whose spear pierced Jesus's side.

The festival includes a passion play, a procession of flagellants and, most bizarrely, a musical war of the Moriones, in which groups of heavily masked young Filipinos wearing Roman helmets and breastplates, along with flip-flops, disco-dance in a sports field.

Undoubtedly the most celebrated, as well as the most controversial, Easter observances are the Good Friday crucifixions at San Fernando, Pampanga. Participants are nailed to the cross in the hundred-degree heat for up to a quarter of an hour. Most are from the locality but others come from across The Philippines and even abroad, such as the late British artist Sebastian Horsley.

The Church officially frowns on these practices; one bishop told me the men "are lower class, mainly ex-drug addicts – they do something for the Lord but only during the season". Seeing them struggling not to scream as the nails were driven into their hands and feet, I found it hard to avoid the suspicion that this was as much a virility test as a penitential rite. As I stood among the many thousands of foreigners who attend the ceremony every year, I found myself echoing the sentiments of my protagonist in The Breath of Night: "Was he alone in seeing the irony in the West, having exported its faith and then lost it, now claiming it back as a tourist spectacle?"

This article was written by Michael Arditti from The Independent and was legally licensed through the NewsCred publisher network.

Malaysia Road Trip: From Kuala Lumpur To The East Coast