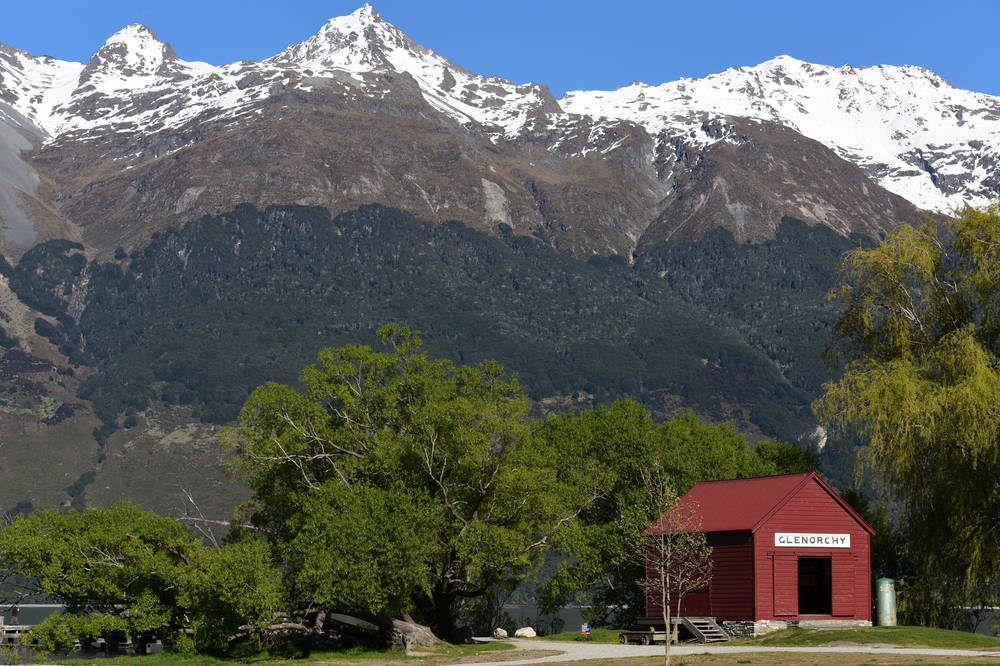 Despite the fact that countless film crews have descended on the dreamy little settlement of Glenorchy this supremely picturesque part of New Zealand retains an almost Garden of Eden-like innocence. Certainly that was my impression when, after a leisurely stroll along the shores of nearby Lake Wakatipu, I stopped for lunch on the verandah of the Cafe Glenorchy and spotted a story on the front page of the Otago Daily Times.

“Teenage foam party concern", ran the headline above a critical piece in which local anxieties were brought to the fore. “Is it appropriate to hold a function where 14 and 15-year-old girls are squirted with foam while wearing white T-shirts?” the writer demanded to know. Clearly not, was the suggestion.

It seemed an appropriate issue in a tiny, sleepy town in which time seemed to have stood still. Here was a classic example of how New Zealand – and in particular this enchanted part of it – can sometimes feel that it belongs to another epoch. Frequently it is likened to the Britain of the 1950s: a place of old-fashioned values, welcoming courtesies, and a range of products such as Cadbury's chocolate bars that are reassuringly familiar.

This part of the country is also, of course, astonishingly beautiful: hence the interest of so many film crews – including that of Jane Campion, director of Top of the Lake, but also even more famously those of Peter Jackson, mastermind of the Lord of the Rings trilogy and now another three films documenting the adventures of the Hobbit.

I was in this part of the world to see just what the attraction was. I based myself in Queenstown, the main town on Lake Wakatipu and a centre for adrenalin-fuelled escapades such as paragliding, skydiving and bungee jumping. While there I was suitably wowed by the peaks of the Remarkables mountain range and the glory of Milford Sound, the spectacular fjord at the confluence of the Tasman Sea and the South Pacific which, with its mix of snow-capped peaks, tree-lined cliffs and seal-bearing rocks, was described by Rudyard Kipling as the eighth wonder of the world.

Not being a bungee-jumping man myself, I took a Tolkien-themed tour by four-wheel-drive of the area around Queenstown, which involved scrambling about in the bushes overlooking the valley into which the terrifying, giant-sized 'oliphants' marched into battle.

I then headed to the Dart Stables in Glenorchy to take part in a two-hour Middle Earth-themed tour on horseback of the pristine forests surrounding the plain that served as the setting of Isengard. It was a lovely way of exploring the region, particularly when I discovered that my trusty steed, an ageing brown horse called Elvis, had actually featured in some of the battle scenes of the Lord of the Rings films.

Even more lovely, as far as I was concerned, was a dip in the wonderful lake itself. It may have been a bit bracing, but swimming in those blue and at times turquoise-tinged waters also felt like a return to Eden.

8 Of The World's Most Beautiful Golf Courses