How to tick Alaska’s Big 5 off your bucket list

When an animal sighting reaches bucket list status, you know it’s going to be an experience that wraps you in wonder. Africa is famous for its Big 5, but there’s another frontier that boasts a line up of animals that will star in your holiday memories forever.

Meet Alaska’s Big 5, a collection of marvelous creatures native to the unmatched terrain of the USA’s most northern state.

Caribou are the same species as reindeer, a word that immediately ignites a sense of romance. Both male and female caribou grow a set of antlers each year, which can reach a magnificent spread of 130 centimeters. Males shed their antlers in November while females retain their smaller racks until after the calving period. From this we can only deduce that an all-female cast tows Santa’s sleigh.

Where to see caribou in Alaska: On Scenic’s Canadian Rockies, Alaska & Arctic Circle adventure you’ll enjoy a two-night stay in Denali National Park, where a famous herd of caribou haunts the tundra. 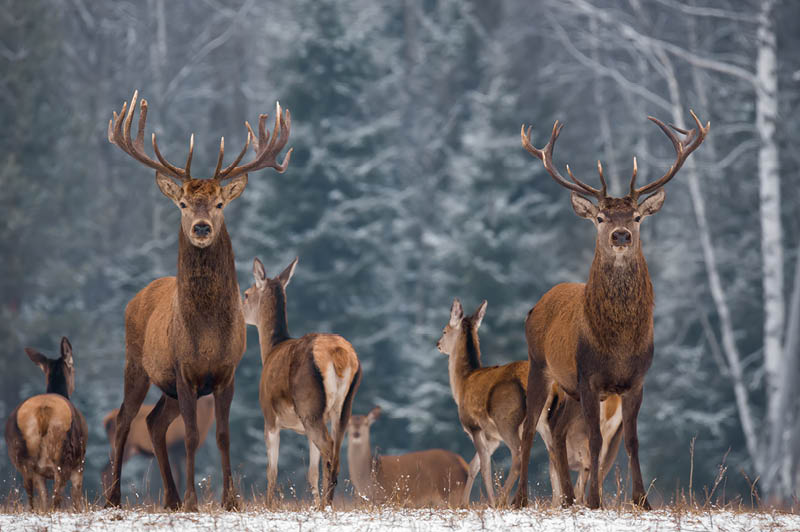 Thanks to their lovely, big schnozzles there’s no mistaking a moose for any other member of the deer family. The only thing that might throw you off is the lack of a rack; unlike their caribou cousins, lady moose don’t grow antlers. If you are lucky enough to spot a moose in the wild, keep a respectful distance. With a bull moose weighing in at up to 700 kilograms, it’s best to stay on the good side of these fascinating beasties.

Where to see moose in Alaska: You might glimpse a moose munching on the willows in certain areas of the Inside Passage. They are also commonly seen in cities like Anchorage and Fairbanks.  Two magical stops on your Alaska, Yukon & Rockies Panorama Tour with Scenic. 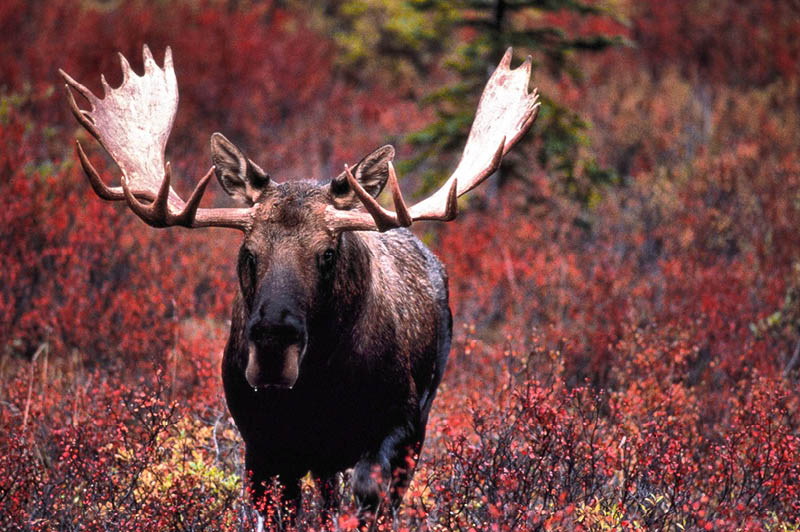 Meeting the gaze of a wolf is an experience that will thrill you for the rest of your life. These reclusive predators are masters of stealth, but you may be lucky enough to catch a glimpse in a sanctuary such as the Alaska Wildlife Conservation Centre. Alaska is home to the USA’s highest density of grey wolves. These intriguing creatures mate for life and rarely travel alone, so if you score a sighting you’ll likely meet the whole family. 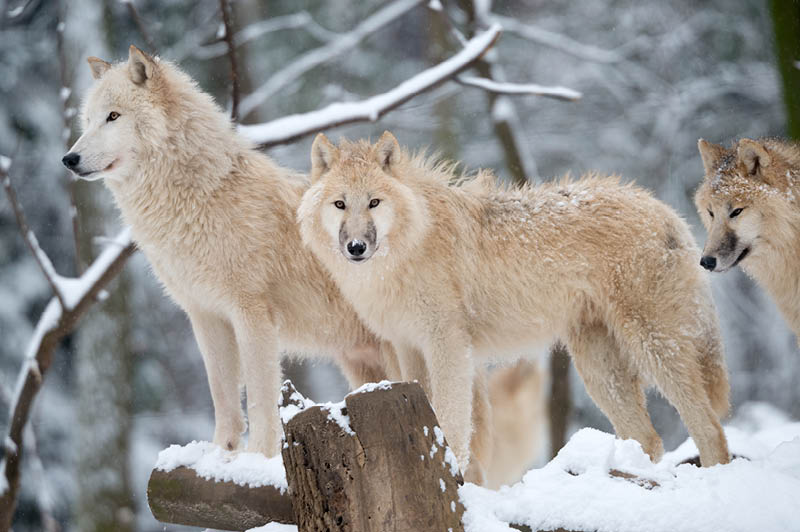 What would a rugged landscape be without a few horned sheep to complete the picture? Named after prominent naturalist William Healy Dall, these bovidaes flaunt fluffy white coats that offer camouflage in the snowy winter months. The rams grow long, curling horns while the ewes’ counterparts are short and slender. These horns stay with the sheep for its entire life, so it’s possible to gauge the animal’s age if you’re game enough to count the growth rings.

Where to see Dall sheep in Alaska: While enjoying a day of sightseeing in Skagway as part of your Icons of Western Canada & Alaskan cruise, why not experience a shore excursion which includes a scenic railway journey through the White Pass and keep your eyes on the slopes. 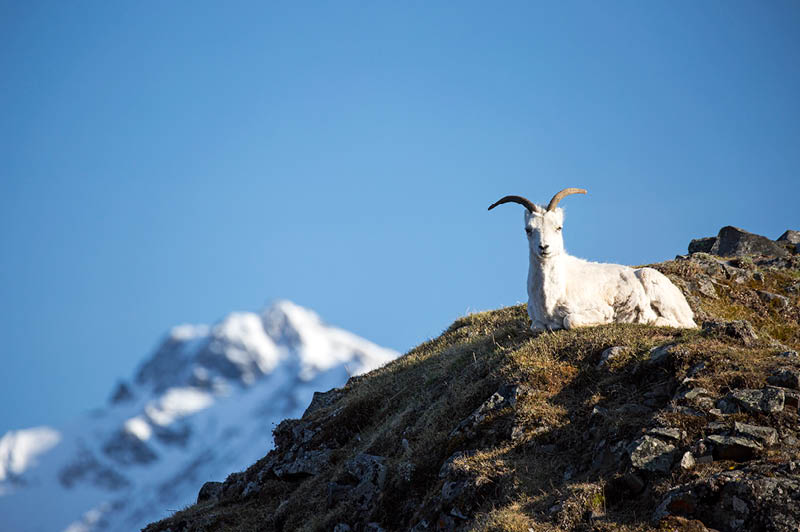 Alaska is home to over 40,000 grizzly bears, compared to the 1,500 that reside across the remainder of the United States. The mighty bulk of the grizzly makes it an awe-inspiring sight, but the bear’s golden-tinted fur and deceptively cuddly appearance are surprises that make it hard to tear your eyes away. They’re generally solitary animals, but visit Alaska in spring for the chance to see momma bear with her cubs.

Where to see grizzly bears in Alaska: Your Canadian Rockies, Alaska & Artic Circle tour will take you to the legendary Denali National Park, where bears inhabit the park’s forested areas. The fortunate may spot a mother bear with her cubs. 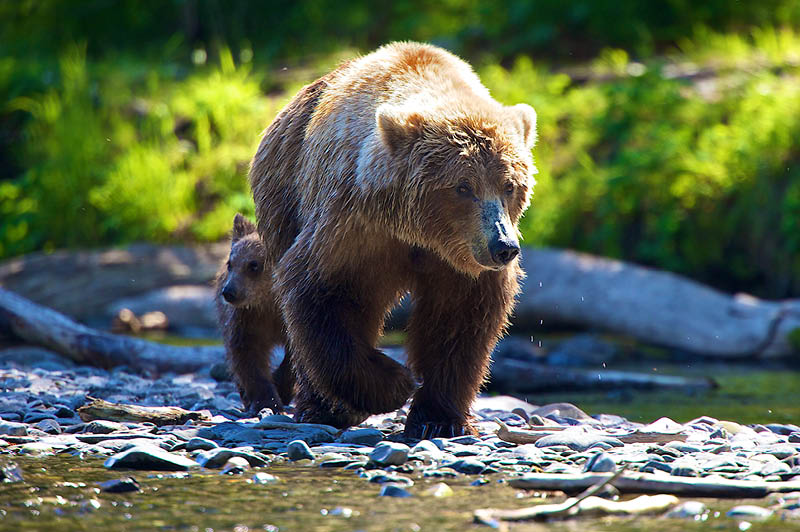 Plan your Alaska Big 5 holiday and cross it off your bucket list.Talk to your local travel advisor today.

Soaking in Suds: Exploring the Beer Culture in Prague