Morocco and the Great Outdoors

Like a comforting glass of mint tea, Morocco has been infused with flavours from multiple worlds, with its indigenous Berber culture taking on a more cosmopolitan identity as waves of Arabic and French influence swept through the country. But just as varied as Morocco’s cultural identity is its geography – from the sands of the Sahara to the sands of the Atlantic coast, from the Atlas Mountains to the fertile valleys of the north, Morocco has enough outdoor action to keep any active traveller happy. Here are just some of the things you can do in Morocco’s great outdoors. 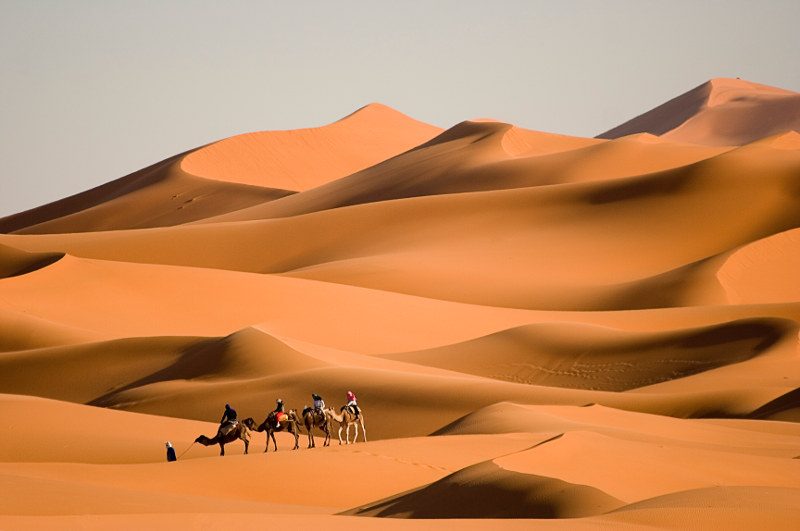 The Sahara Desert is the third largest in the world, roughly the same size as the United States of America.

Camel Trekking in the Sahara

The Sahara has always occupied an important position in Morocco’s national identity. For centuries, Berber tribes – and later, the Arabs – crossed this vast dessert on camels to trade with other nomadic people and communities on the African continent. And indeed, it wouldn’t be right to visit Morocco without spending at least a night in the Sahara under the stars! Camel trekking tours in Morocco usually begin from the far eastern town of Merzouga, where rolling sand dunes are literally at your feet. Trips can last a couple of hours to over a week, depending on your time and stamina.

Surfing on the Atlantic Coast

Morocco’s Atlantic coast is a surfer’s (wet) dream, with literally hundreds of kilometres of coastline offering some of the best surf in the world. But those serious about their surf head to only one place: Taghazout. Since the hippies etched this sleepy town onto the map back in the 50s, Taghazout has become the undisputed surf capital of Morocco, attracting the board short-wearing masses from Europe, the U.K. and even as far as Australia. Those uninitiated in the sport can don a wetsuit and catch their first wave by signing up for a week-long surf camp, or just grab a board and some instruction for the day from one of the local surf schools.

Have a craving for tajine or mint tea? Taste Your Way Through Morocco

Get your snow or surf fix in one day in Morocco!: Five Ski Resorts With Both Ski and Mountains

Morocco made it onto this list too: The World's Most Romantic Hotels 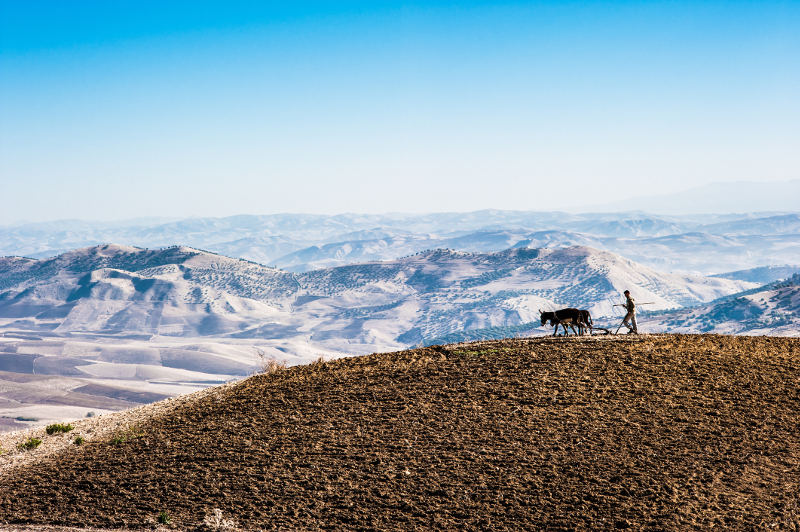 The Berber people who live in the Atlas Mountains have been in this region since 3000 BC.

Extending 2,500 kilometres and passing through three different countries (Algeria, Tunisia and Morocco), the Atlas Mountains act as a physical barrier between the encroaching sands of the Sahara and the northern plains along the Atlantic and Mediterranean coastlines. Visible from Marrakesh on a clear day, the rugged mountain range is a dominant feature of the land, and trekking in the Atlas is just as much a Moroccan thing to do as riding a camel in the Sahara. Those with lofty ambitions can summit the Atlas Mountains’ – and North Africa’s – highest peak, Mount Toubkal, which stands at a towering 4,165 metres. Snow-capped for most of the year, a climb to the top takes at least two-days, although a third day allows you to appreciate the views and summit via the gorgeous Azzaden Valley. 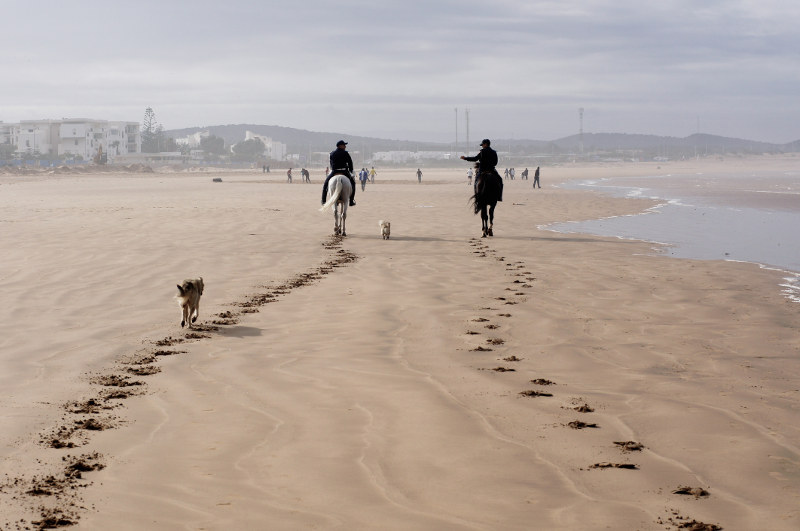 Thanks to its coastal location, Essaouira serves up some of the best seafood in Morocco.

Like the camel, horses have always been close to Morocco’s heart, and have played a significant part in the nation’s history. Indeed, the success of the Moorish empire in Europe was largely dependent on the use of the barb (or Berber horse) in its cavalry, which was known for its great strength and stamina. Although they may no longer be used to wage war, these horses are still very much part of Moroccan culture, and travellers can experience the thrill of riding these majestic creatures in and around the ancient port city of Essaouira on the Atlantic coast, galloping past tiny fishing villages, through forests of eucalyptus and along deserted beaches to the sound of crashing waves.

Queensland: Which Coast Boasts the Most?