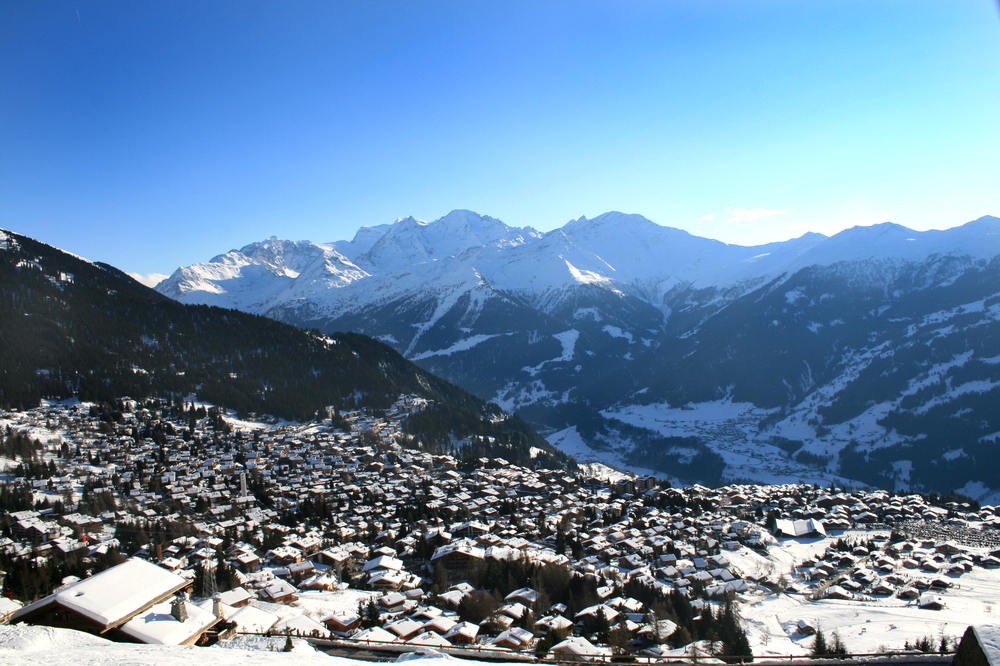 TRAVEL BLOG On The Chairlift With James Blunt

On The Chairlift With James Blunt

Singer and Verbier restaurateur James Blunt, known around the world for chart-topping hits such as You're Beautiful, Goodbye My Lover and Stay the Night, is also an avid skier, having mastered numerous slopes around the world. Blunt recently took the time to sit down and chat about skiing, hitting the slopes incognito and taking on his Twitter trolls.

Where did you first ski?

It was in the unlikely setting of the Troodos Mountains in Cyprus when I was a small child. We were living there at the time because my dad was in the Armed Forces, and there are military bases on the island.

He took me up to the ski resort and I put on skis. It was a fairly strange place to start. I have a vision of it, the sense of trees going past – just a scrap of memory.

Where did you go next?

I don’t think I went again until I was about seven, and that was to Tignes, France. From the beginning, I didn’t just enjoy skiing – I loved it.

My parents later bought a timeshare studio there and we spent brilliant childhood holidays on snow. My dad didn’t have a lot of money but by investing in a timeshare he guaranteed we had a skiing holiday every year. How lucky were we?

Did you go to ski school?

I went for a couple of days, which was more than my younger sisters. But both my parents are experts and they taught us the basics. We made our own way from there.

How did you become such a strong skier?

It was after I joined the army. I spent four consecutive 12-week seasons in Verbier, Switzerland, training with troopers to compete in the annual British Army Championships.

Having the opportunity to do that was fantastic. It was tough for me but much more difficult for people who had never skied before.

We had soldiers who went from complete beginners to competent downhillers. The fastest I was clocked at was 130 kilometres an hour, but racing super G was my strength. I enjoyed the combination of high speed and precise control.

What does skiing mean to you?

I love the mountains. Humans have always loved sliding.

It’s just a cool way of moving. Doing it on nature’s slides, the mountains, for no reason other than to have fun with your friends, is dope.

How was performing at the Top of the Mountain festival in Ischgl, Austria, in November 2014?

Wild. My friend Robbie Williams had performed there in May and told me all about it, so I knew how good it was going to be.

The crowd really got into it and we had a lot of fun. The only problem was the cold – it’s hard to play when the temperature is below zero and we struggled a bit with the guitars.

Did you get a chance to ski?

Sadly not. It was a very quick trip. We were performing in Brighton the night before and had to catch a private plane to Innsbruck in order to meet the press up the mountain for photos, and then fly straight back the following morning.

You now live in Verbier. Do your fans ever interfere with your skiing?

Verbier’s very busy, so it’s hard to spot anyone in the crowds. And it’s easy to hide with goggles on.

You have a share in a mountain restaurant there, don’t you?

We just own it as an excuse to have long, boozy lunches! But it’s a really great place, with good food at good-value prices.

You also have a chairlift in the ski area named after you?

Yes, Verbier has a custom of making people from around the world 'godparents' of its new lifts. Diana Ross has one named after her, too. It’s by far the best award I’ve ever received, and the best bit is that they also gave me a lift pass for life.

Who would be your ideal companion on the slopes?

Britain’s most successful ever alpine racer on the World Cup circuit, Konrad Bartelski – he produced the best result by a Briton in 1981. We met recently and plan to go skiing soon.

You don’t wear a helmet on the slopes. Why not?

When I raced for the army, we all wore helmets. When skiing for pleasure, I choose not to.

I’m fully aware of the risk I take – it’s about being aware of my surroundings. And I probably go a little slower than I would if I wore a helmet.

Musically, the last couple of years have been brilliant for you.

It was really great to have a Top 5 single in the charts again [Bonfire Heart] after seven years. And the Moon Landing album was warmly received not only all around the world but where it really counts – at home in the UK.

During that time you’ve gone from being a pariah in the British press to being cool, thanks to your witty ripostes to Twitter trolls. How does it feel?

This year's Top of the Mountain opening concert in Ischgl, Austria, takes place on November 28, with the Beach Boys as the headline act.

This article was written by Interview by Peter Hardy from The Daily Telegraph and was legally licensed through the NewsCred publisher network.

The Arctic For Unbridled Adventurers