Seemingly lost in the far reaches of the Pacific Ocean lie the remote Kerama Islands of Okinawa, Japan. 20-odd islets give the impression of floating gems set adrift from the mainland, forming an unexpected sub-tropical oasis halfway between the main islands of Japan and Taiwan.

The Kerama Island group is less than 50 kilometres by ferry from the larger Okinawa Island, but it feels exponentially more than that thanks to the complete absence of traffic lights and chain stores. Make the trip to this quintessential middle of nowhere and you’ll discover a warm local culture and seascapes so vivid they’ve earned the namesake right to their own colour – 'Kerama Blue'. 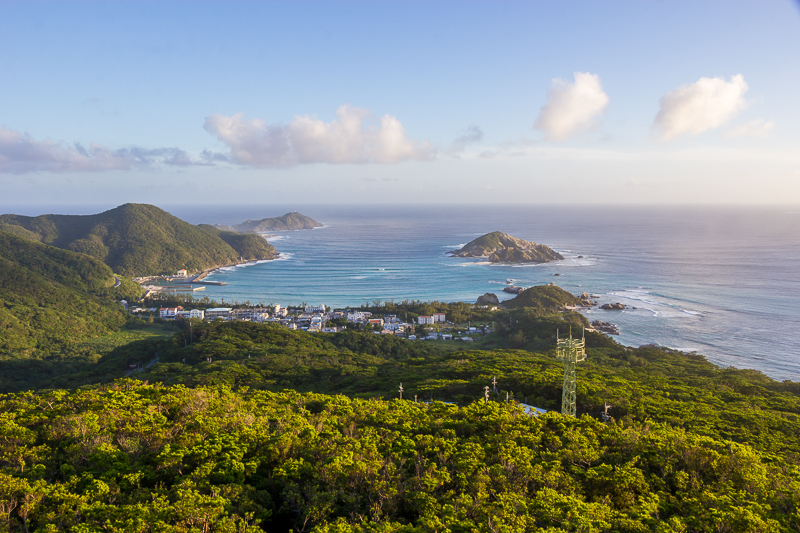 Barely big enough to register as a speck on a world map, this archipelago may as well be the universe to the sparse populations of residents who inhabit just four of the islands. What is now the Okinawa region existed as an autonomous empire, home of the Ryukyuan people, for nearly five centuries.

Elements of the independent culture still form the foundation of daily life on the islands; traces of sovereign customs run through the regional dialect and religious beliefs of Ryukyuan ancestral worship, and even the local Okinawa soba version of the Japanese buckwheat noodle. You’ll find the trademark Japanese hospitality that’s eminent in the rest of the country, less the distinctly polite edge. A cheeky local summed this up with his smiling, succinct, “I am Japanese, but first, I am Okinawan!” 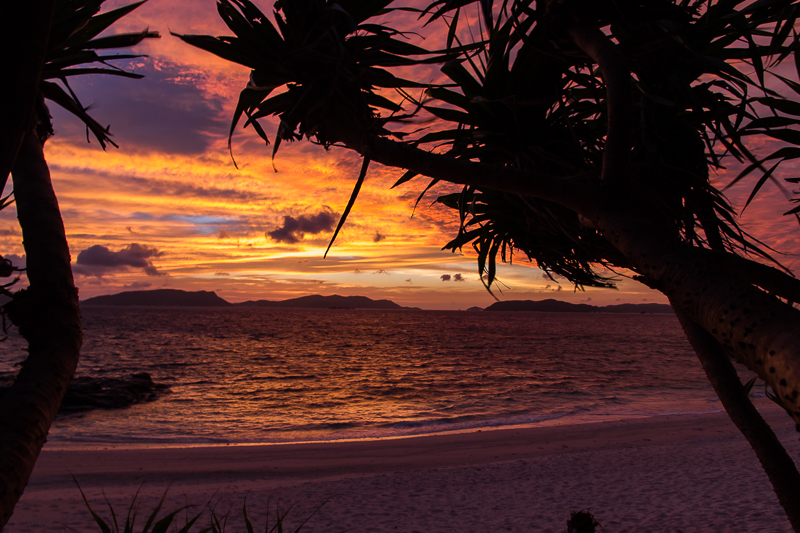 The islands are surrounded by coral reefs and the world's most transparent seas (Image: Shannon Martin at Page Two Travel)

Approaching from the main island of Okinawa, deep blue ocean turns to turquoise water and steep islands rise away from the fine white sand. The Kerama Islands are an aesthetic delight for the eyes, but also a restorative treat for the body and soul. The region offers its residents such a sustainable lifestyle that it has been identified as a “blue zone” where locals live some of the longest and healthiest lives on the planet.

The fact that the villagers cultivate a diet capable of supporting this claim is incredible in itself. Gaze up at the hills that ascend so abruptly from the beaches, and you wouldn’t be the first to doubt the presence of any flat, arable land suitable for farming. You’ll have to follow the winding roads through the jungle to find the small, charming rice paddies and goya (bitter melon) plots that fill every semi-horizontal nook and cranny between the hills.

For every mile of tillable land that might be lacking, there is more than enough sheltered coastline for seaweed farming to make up for it. Mozuku is an edible seaweed native to the Okinawa region that is a local staple and a prized export to the rest of Japan. The unhurried work of tending to these land and water crops, combined with a strong cultural focus on social community and spirituality, keeps many islanders alive past 100 years old. 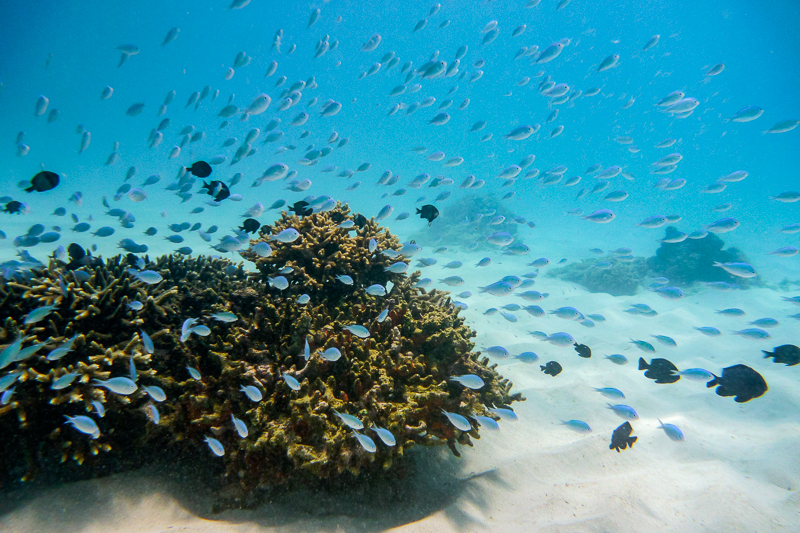 Only five of the 22 islands are actually inhabited (Image: Shannon Martin at Page Two Travel)

Seaweed isn’t the only thing to grow abundantly in the bays of the Ryukyu Archipelago. The coral reefs surrounding the Kerama Islands are teeming with a diversity that was formally recognized as Japan’s 31st National Park in 2014. Visit in the winter season and you’ll enjoy the earliest sakura (cherry blossom) bloom in Japan, and the chance to spot humpback whales passing through their ancestral breeding ground. The strong summer sun lends an even more translucent hue to the aqua waters and schools of brightly coloured fish. Summer also brings the time-honored Ryukyuan festivals where you can join the locals in the traditional eisa dance and – if your taste buds are daring – try a glass of awamori sake (Okinawa rice wine) with your meal of mozuku, goya and local tuna sashimi.

Eat, Cook, Love - Discover the World Through the Culinary Arts