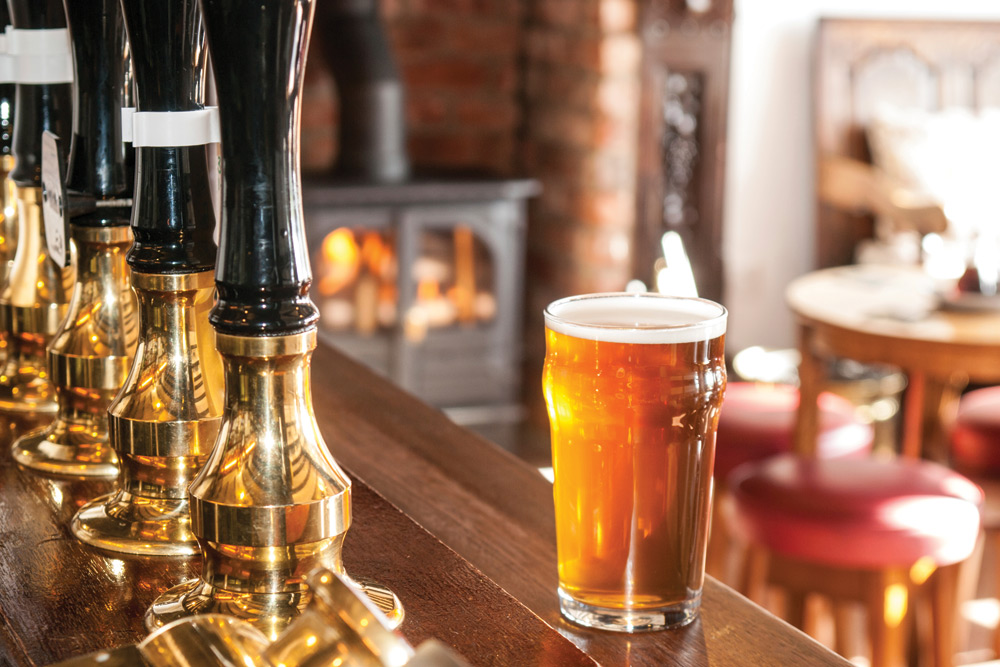 The United Kingdom is an old country. It was first officially founded back in 1707, but civilisation had already been there for tens of thousands of years prior.

Considering the prevalence of alcohol back in mediaeval times, it's no surprise that some of Britain's pubs are as much a part of history as the castles and other ruins found across the nation. Indeed, some historians believe that civilisations of yesteryear drank alcohol such as beer and wine because water was often unsafe to drink (though we should note here that there are plenty of historians who also dispute this claim - either way, some pubs are still super old).

So for a little taste of history during your holiday in the United Kingdom, don't just visit the castles and abbeys - make sure to explore these great historic pubs as well.

Though there is some debate about the claim, The Old Ferryboat Inn is supposedly the oldest standing pub in England. Many claim that this building was first constructed in 560 AD, which would mean ancient Romans could very well have sat down in front of its classic fireplace.

Nowadays it still maintains this sense of historic charm, and is open for meals, drinks and even accommodation - it has seven rooms of varying sizes.

Location: About 8 minutes outside of St Ives township, in a village called Holywell.

If you find yourself in Wales, the A465 north of Abergavenny will lead you towards one of the oldest pubs in the region, The Skirrid Mountain Inn. According to its website, there is evidence showing that this rustic stone building, with vines gently climbing its walls, has been here since the Norman Conquest of the late 11th Century.

That would place its construction at nearly a millennium old! Come in for a drink to hear stories of revolution, and possibly stay overnight to see if you spot any ghosts.

Location: Approximately 10 or so minutes north of Abergavenny, near the Welsh-English border.

Make sure your favourite travel agent allows you time to explore the lush, green nation of Scotland. Almost adjacent to the sparkling Loch Lomond is the country's oldest registered pub, Clachan Inn, which translates to 'building of stone', according to its website. This refers to the fact that most structures were made of turf and other soft materials at the time the Clachan was built (1734), whereas the inn itself has walls of stone.

This pub, which still maintains many relics of its history, serves steaming home-cooked meals and offers bed and breakfast accommodation.

Location: In Drymen, a leisurely 40-minute drive north of Glasgow.

Another business claiming to be England's oldest pub is Ye Old Fighting Cocks, in St Albans. According to the pub's website, the original foundations date as far back as 793 AD, though what we can see today is younger, having been rebuilt in the 11th century. The location, however, is not the original, as Ye Old Fighting Cocks was moved when the old St Albans Abbey was dissolved in 1539. Though it was named after a now-illegal sport, it maintains the title to better preserve this historic building.

Nowadays, Ye Old Fighting Cocks is a fantastic place to sit and eat or drink, with not only live music to entertain you, but often blockbuster movies as well - which you can view in the pub's garden setting.

Live Music In Melbourne: 4 Of The Best Places To See A Gig