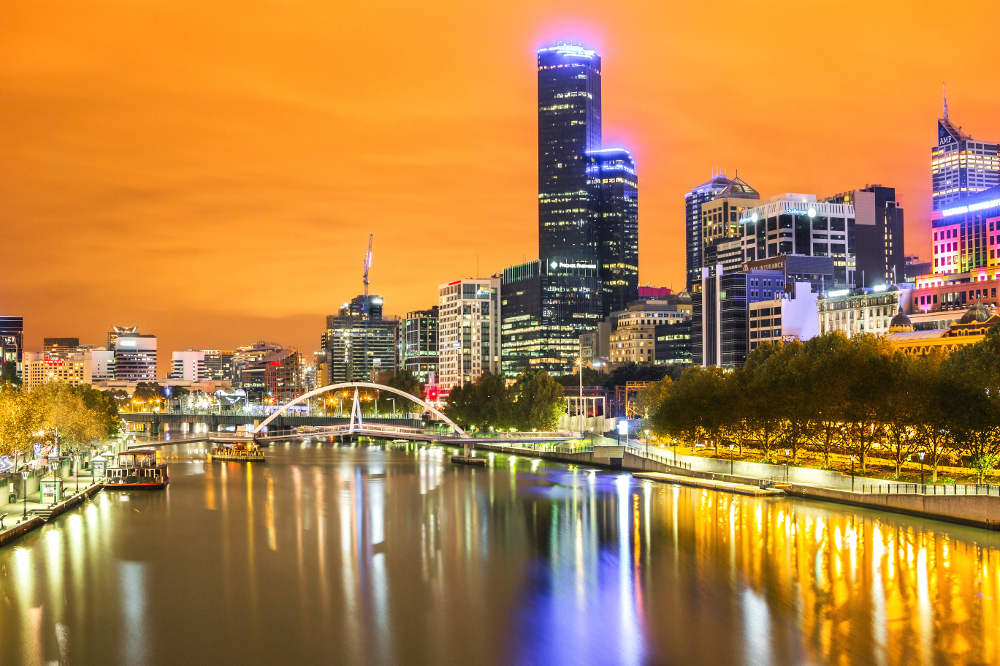 TRAVEL BLOG Live Music In Melbourne: 4 Of The Best Places To See A Gig

Live Music In Melbourne: 4 Of The Best Places To See A Gig

Live music pumped $15.7 billion into the Australian economy last year, creating 65,000 full and part-time jobs across the country, according to a recent report conducted by the University of Tasmania and commissioned by the Live Music Office.

The home of Australia’s live music industry is Melbourne. It has more venues and working musicians than any other place in Australia.

You can see a gig any night of the week, any day of the year, in venues ranging from small suburban RSLs to large theatres and stadiums. Here’s our pick of the best.

The Corner is a Melbourne institution, with generations of live music fans standing on its sticky carpets. The venue is often seen as a launchpad to success, with many local and international acts having graced the stage when they were on the brink of going mainstream.

The Corner has hosted live music since the 1940s and now has a spacious band room with two bars and a rooftop upstairs. It’s also notable as the place where Jack White came up with the ubiquitous Seven Nation Army riff during a soundcheck, the Living End played 12 shows in 13 nights, and Elliott Smith played his Australian shows.

Just beware of that pillar, though, standing smack bang in the middle of the room. Just like the Mona Lisa, wherever you stand it always seems like it’s looking straight at you.

Stick around for a while: Melbourne Named The Most Liveable City Once Again

Need a place to stay? Camping On Top Of A Shopping Centre

A relatively new player on the Melbourne scene, the almost two-year-old reworked wool store offers an elaborate range of spaces and a spacious band room out back. Howler’s stage has already played host to an impressive array of local and international acts, and can be transformed into a seated theatre.

The handful of raised booths at the back are prized property and there are usually dumplings on offer in the bar.

Howler is nestled behind a carpark next to Jewell train station in Brunswick. It hosts a range of performances, from spoken word – the iconic New York storytelling slam Moth was just held at Howler – to film and album launches.

Everyone has a story about Cherry Bar. It might be an encounter with a touring musician, or stumbling on a secret gig, but if you’ve ever ventured down AC/DC Lane, you’ll have met some memorable characters.

Founded in 1999, Cherry earned the famously grumpy Noel Gallagher’s affection to the extent that he offered to buy it, rejected Lady Gaga’s request to hold a party there because it clashed with a local band’s booking and saw the Arctic Monkeys frontman Alex Turner look good on the dancefloor.

It has live music on every night of the week, every week of the year.

While mostly known for smaller bar venues, Melbourne also has a collection of beautiful theatres that are now used for gigs. The Palais Theatre, on the picturesque St Kilda foreshore and Forum in Flinders Street are heritage venues that also attract some of the world’s best bands.

With a capacity of 3,000 people, the Palais is the largest seated theatre in the country and its Art Deco architecture has earned it a spot on the Victorian heritage register. The former cinema opened in 1927 and has gradually grown to embracing popular live music, and hosting musicians including Nick Cave and the Rolling Stones.

Special Mentions For The Suburbs

Good music venues aren’t confined to inner-city areas. Special mention must go to some of these smaller venues outside the city.

An old-style but revamped RSL, the vaudeville hall performance space now hosts regular gigs from the likes of Russell Morris and Karise Eden, catering for a wide range of age groups.

The Caulfield RSL has been around since 1935 but has only just taken on the role as a live music venue, with a large fireplace keeping things warm and cosy during the winter months.

First opening in 1924 as a dancehall for soldiers, the hall has a capacity of 400 and plays host to a whole range of entertainment, from singalong shows to intellectual discussions, while also doubling as a recording and rehearsal space.

This article was written by Denham Sadler from The Guardian and was legally licensed through the NewsCred publisher network.