Seabourn Encore has been making waves since her launch in Singapore in January. She’s bigger than her three sisters, with some new ideas on board and a whole new curvy, yacht-like feel to the design. Right from the start, the ship has been a hit, from the spectacular food to the intuitive service. Here are 10 reasons you’ll love sailing on her.

The Grill by Thomas Keller

Three Michelin-starred Chef Keller has done more than lend his name to Seabourn; he trains the ship’s chefs at his test kitchen in California and he sources ingredients for the ship from his carefully picked suppliers, from small dairy farms to Tuscan olive oil producers.

Everybody gets to dine in The Grill at least once per cruise, at no extra charge. Expect classics like exquisite crab cakes, tender roast chicken, steaks done to perfection, lobster thermidor, Dover sole and New England clam chowder. And a seven-layer coconut cake or a magnificent ice cream sundae to follow. Look out for Keller’s dishes on the menu in The Restaurant, too; they appear every second day and are sublime. 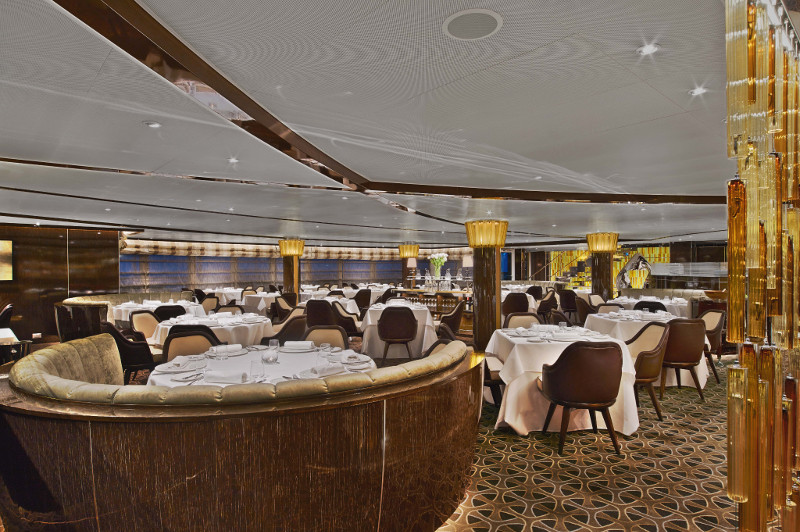 The Grill by Thomas Keller. Photo courtesy of Seabourn

The bar at The Grill by Thomas Keller

Without doubt, this retro cocktail bar in front of The Grill is the place to be seen for pre-dinner drinks, wherever you’re dining that night; it has a real buzz, a great singer and mixologists who know how to make a mean martini.

Dining on deck in the Colonnade

Often on a cruise, the buffet restaurant as a night-time alternative is too bright, too busy, too noisy. Not so on Seabourn Encore. Inside or out – although we practically lived on the aft deck by night – the Colonnade is stylish and romantic, with attentive service and a daily-changing menu, served at the table. There was just one buffet night, an Indian extravaganza, of which the chef was inordinately proud, and rightly so. 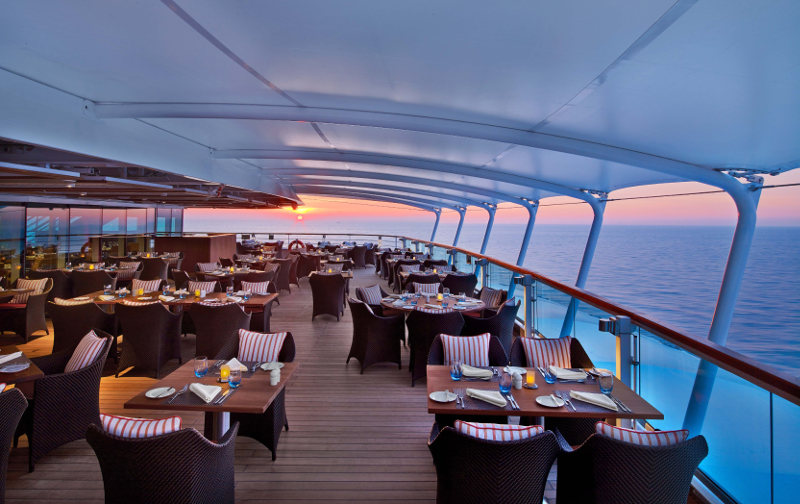 The Colonnade. Photo courtesy of Seabourn

Finally, a cruise ship with a serious barista, a proper espresso machine and an understanding of the flat white; there’s even a bright red roaster behind the bar in Seabourn Square, the ship’s combined coffee shop/library/concierge area.

Sushi is a new restaurant for Seabourn; a pretty, intimate little place on Deck 8 in calming cream and gauze décor, with windows all along one side. There are tasty bento boxes for lunch and hand-made sushi and sashimi in the evenings. It’s a great alternative to the main restaurant if you want something light. Japanese waitresses explain how it all works to novices. And if you’re veggie, they will make vegetarian alternatives.

You'll be spoiled for choice: Action vs Relaxation on the Seabourn Encore

More on the foodie side of things: Seabourn Enchances Its Onboard Menu With Chef Thomas Keller

The song-and-dance shows in the Grand Salon are competent enough but the real stand-out is a new production, An Evening With Tim Rice. The triple Oscar-winning lyricist narrates in a filmed backdrop and tells anecdotes in his charmingly self-effacing manner while the ship’s singers and orchestra perform songs from his hit shows in between, from Jesus Christ Superstar to Evita and The Lion King. 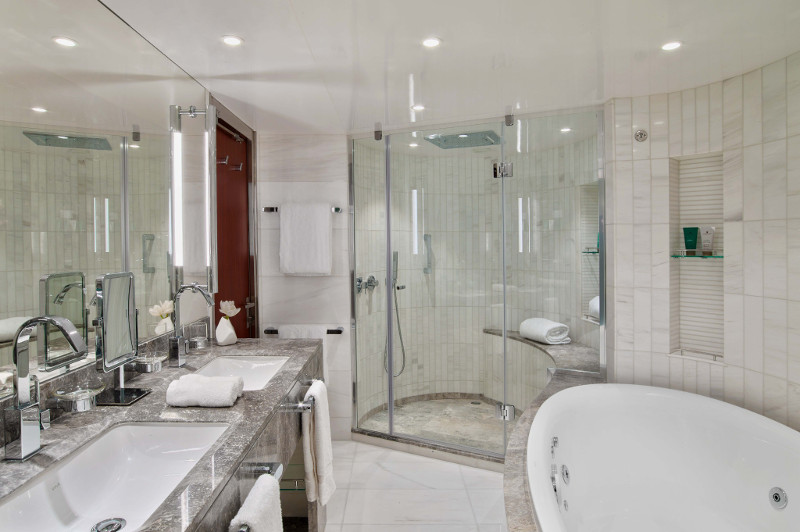 The bathroom of the Wintergarden Suite. Photo courtesy of Seabourn

Even the most basic cabin grades come with a gorgeous bathroom lined in grey and white marble. There’s a bath, a big, walk-in rainforest shower and an unlimited supply of Molton Brown goodies custom-made for Seabourn. You’ll never accept a ship with plastic shower cubicles again after this.

Seabourn has formed a partnership with Dr Andrew Weil, a wellness guru from Arizona whose lectures and healthy living programmes actually make good sense. His associates will give talks on every cruise – and if you chose, you can adopt a guided mindful living approach to your whole cruise, from eating to activity and spa treatments. We loved the Sound Bath, a bizarre experience (for a small extra fee) where you meditate to the humming of Tibetan singing bowls and in my case, float out of the meditation room afterwards. 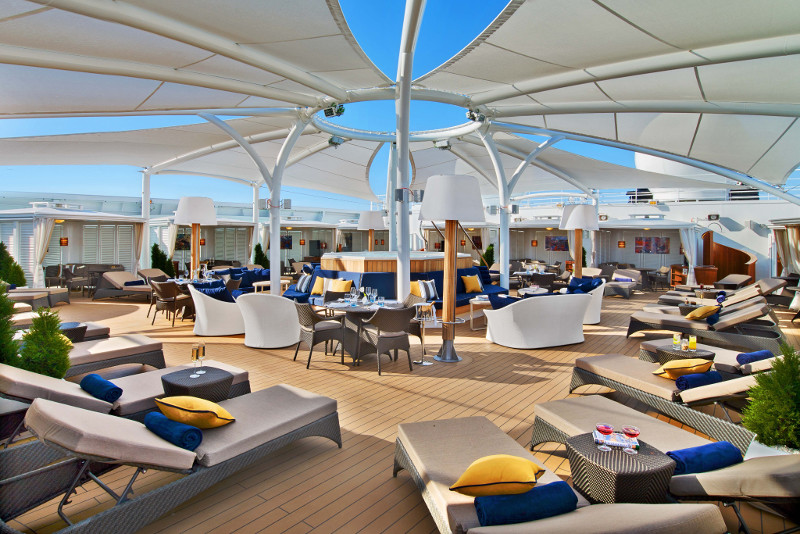 The Retreat. Photo courtesy of Seabourn

Yes, this exclusive enclave of 15 luxurious cabanas is expensive – a splurge of US$249 per cabana on a port day, $349 on a sea day. But you could easily spend that between two on a shore excursion – and this is an experience that lasts a whole day, from the moment the first bottle of Bollinger is popped to sunset, when you have to re-enter the real world (not that reality is any kind of hardship on Seaboun Encore). A day in The Retreat is a day of absolute indulgence; quiet, privacy, comfort on your big, squashy lounger as an attendant brings hand-made cocktails and delicious lunch, light and fresh, made to order. If you’ve got something to celebrate, or want to treat a loved one, go for it.

Essentially, it’s the service that makes this ship what it is. Intuitive, smart, friendly without being obsequious and personal – all the things service at this level should be. The officers mingle with the guests (you can dine with an officer if you ask) and the bartenders and waiters know your name, and quickly, despite the fact that Encore is a bigger ship than they’re used to. The fact that guests will book a cruise depending on who’s at the helm and who is cruise director says it all. 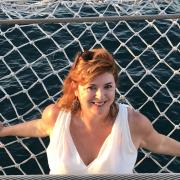