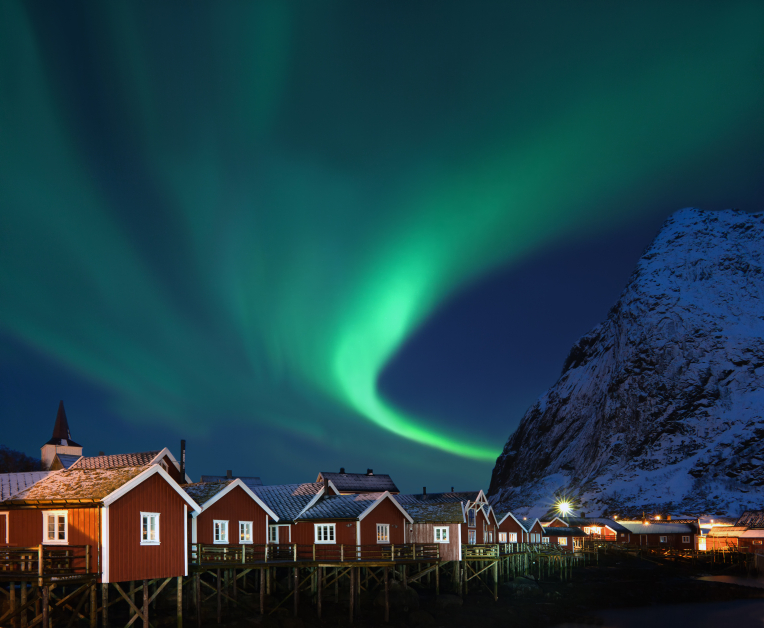 Seabourn's 2016-17 program revealed
Seabourn has recently revealed its new cruise program for the 2016-17 season, which will feature the newest and most modern ultra-luxury fleet at sea following the debut of Seabourn Encore. Choose from 28 incredible itineraries, ranging from 7 to an impressive 89 days, which reach all seven continents including exotic locales in South America, Antarctica, India, Arabia, the Panama Canal, Canada, New England, the Caribbean and Asia. As for the Seabourn Encore? It's maiden season will include Australia and New Zealand waters, so don't miss the boat (or should we say ultra-luxury ship). 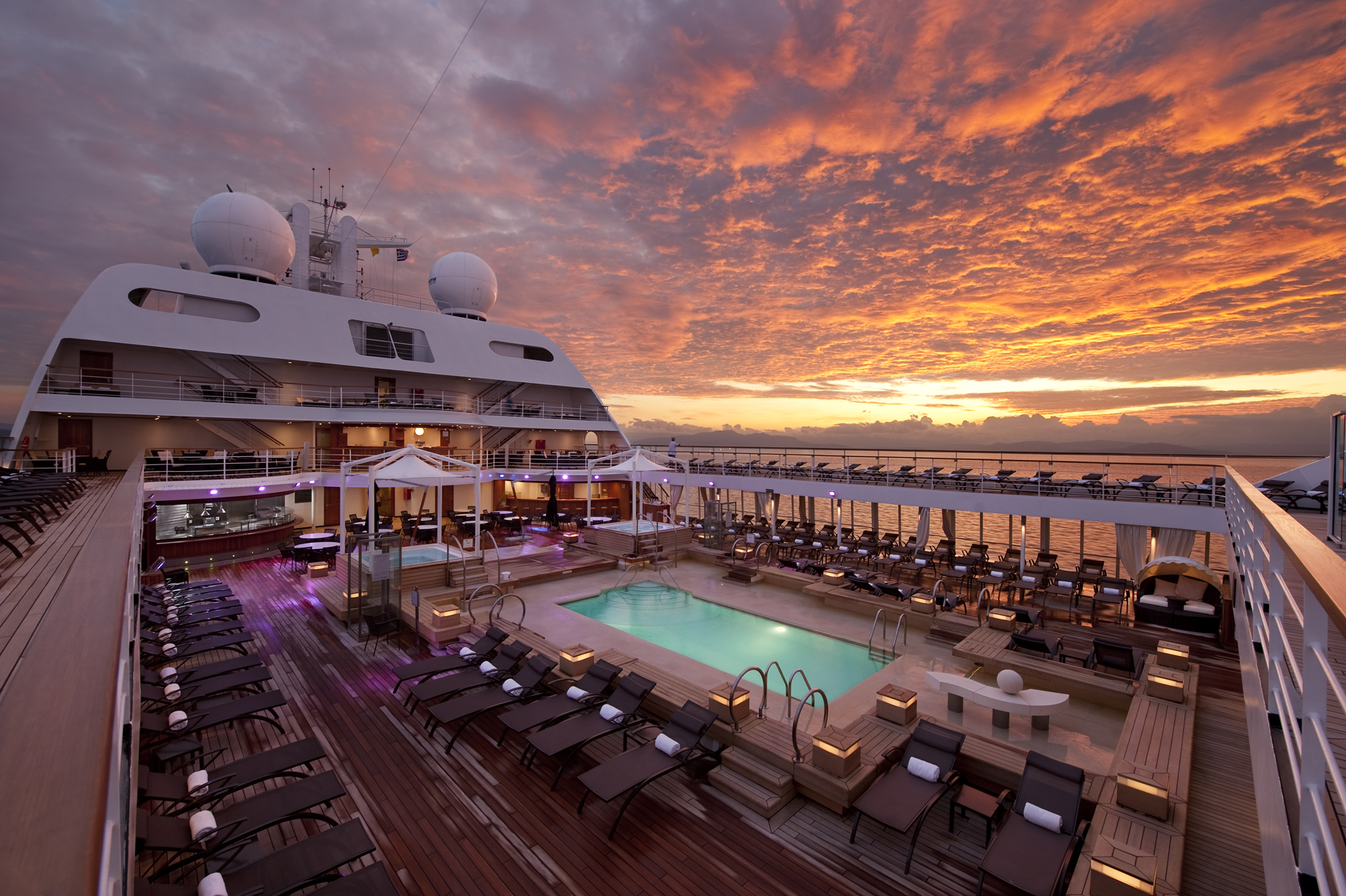 This image: The pool area found mid-ship on board Seabourn Odyssey. Source: Seabourn

Unique Northern Lights promise
Some Travel Associates' clients may recall the cover shot of the Summer 2014/15 edition of Inspirations – a vivid capture of the elusive aurora borealis in all its dazzling green glory. Hurtigruten, a brand synonymous with Arctic cruising, is so confident it can give you the best aurora experience, they're offering an exclusive Northern Lights promise. The offer is open to passengers booking a 12-day Classic Round Voyage for departure between October 2015 and February 2016 inclusive. If the lights fail to appear during the voyage, Hurtigruten will offer guests the choice of a free 7-day Classic Voyage North, or 6 day Classic Voyage South voyage in an inside twin cabin departing between October 2016 and March 2017. Hurtigruten's Cyril Bricaud said "Seeing the Northern Lights remains one of life's truly incredible experiences and we are so convinced that a voyage with us is one of the best ways to see them that we have put our money where our mouth is".

This image: The Aurora Borealis over the fishing village of Reine, Norway.

Bulgari resort debut in Dubai
What do you get when you cross an iconic Italian luxury goods brand, man-made island in Dubai and the operational team behind Ritz-Carlton? The newly-inked Bulgari Resort & Residences development plan which includes a 101 room hotel, 165 apartments, 15 mansions and 8 penthouses, is set to occupy a quarter of Jumeirah Bay Island when it's completed in 2017. Operated by Ritz-Carlton under the Bulgari name, the property’s beachside villas are set to boost the resort's average room rates to be "by far the highest in the market," says Bulgari Hotels & Resorts' Executive Vice President, Silvio Ursini.

New Canada eTA
Canadian authorities are introducing a new electronic Travel Authorisation (eTA) system. The new system will be introduced on 15 March 2106, but travellers can apply online for their eTA from 1 August this year at a cost of CA$7 per person. Australians not requiring a visa for Canada must complete the electronic application process and as a result can expect faster service on arrival. The eTA is valid for up to five years from the date of issue. 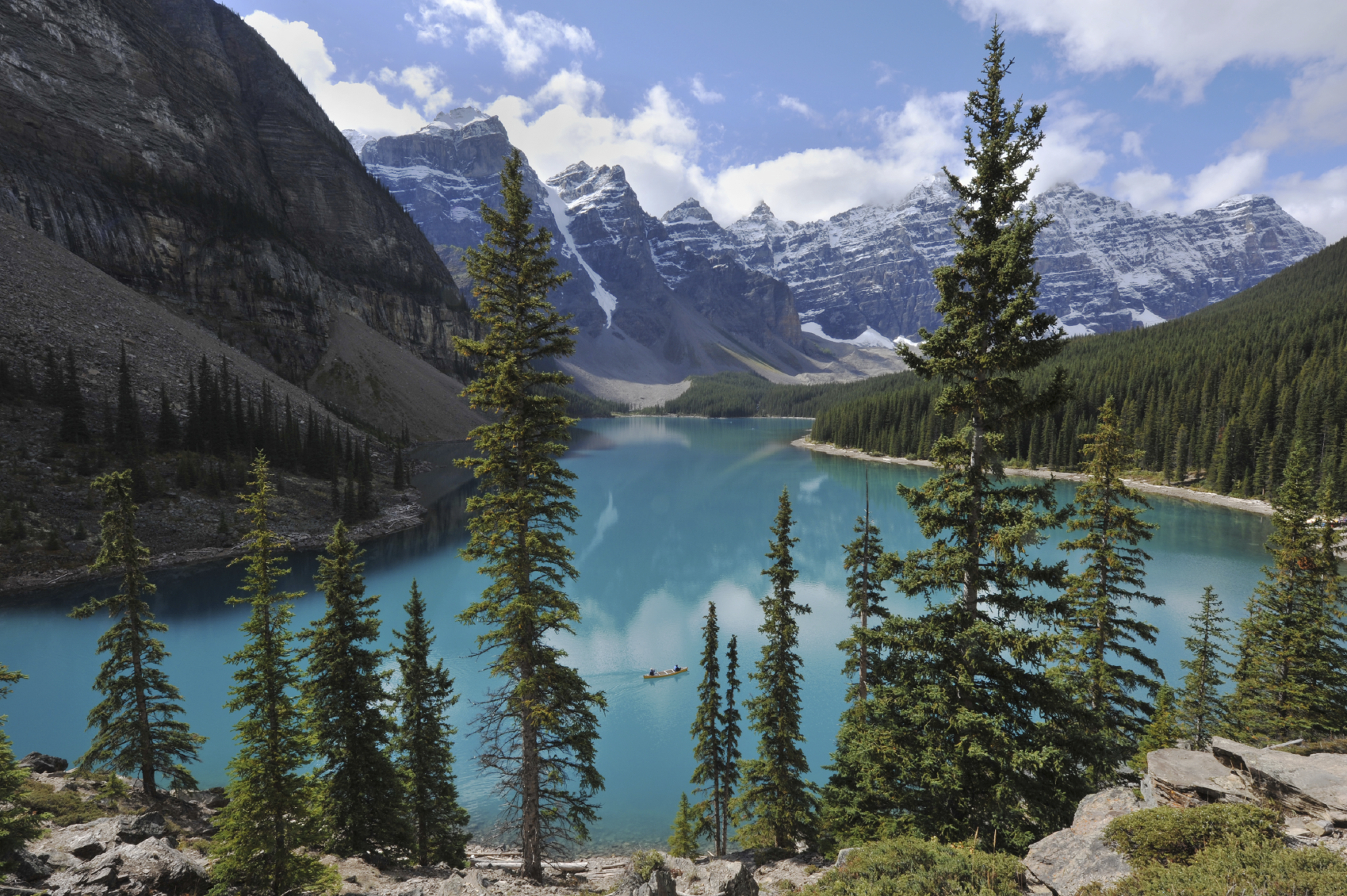 This image: Banff National Park, Alberta, in the Canadian Rockies.

Why Uniworld's 'Castles Along the Rhine' Deserves Its Stellar Reputation

Once Were Airports: How 4 Former Airports Have Been Re-purposed