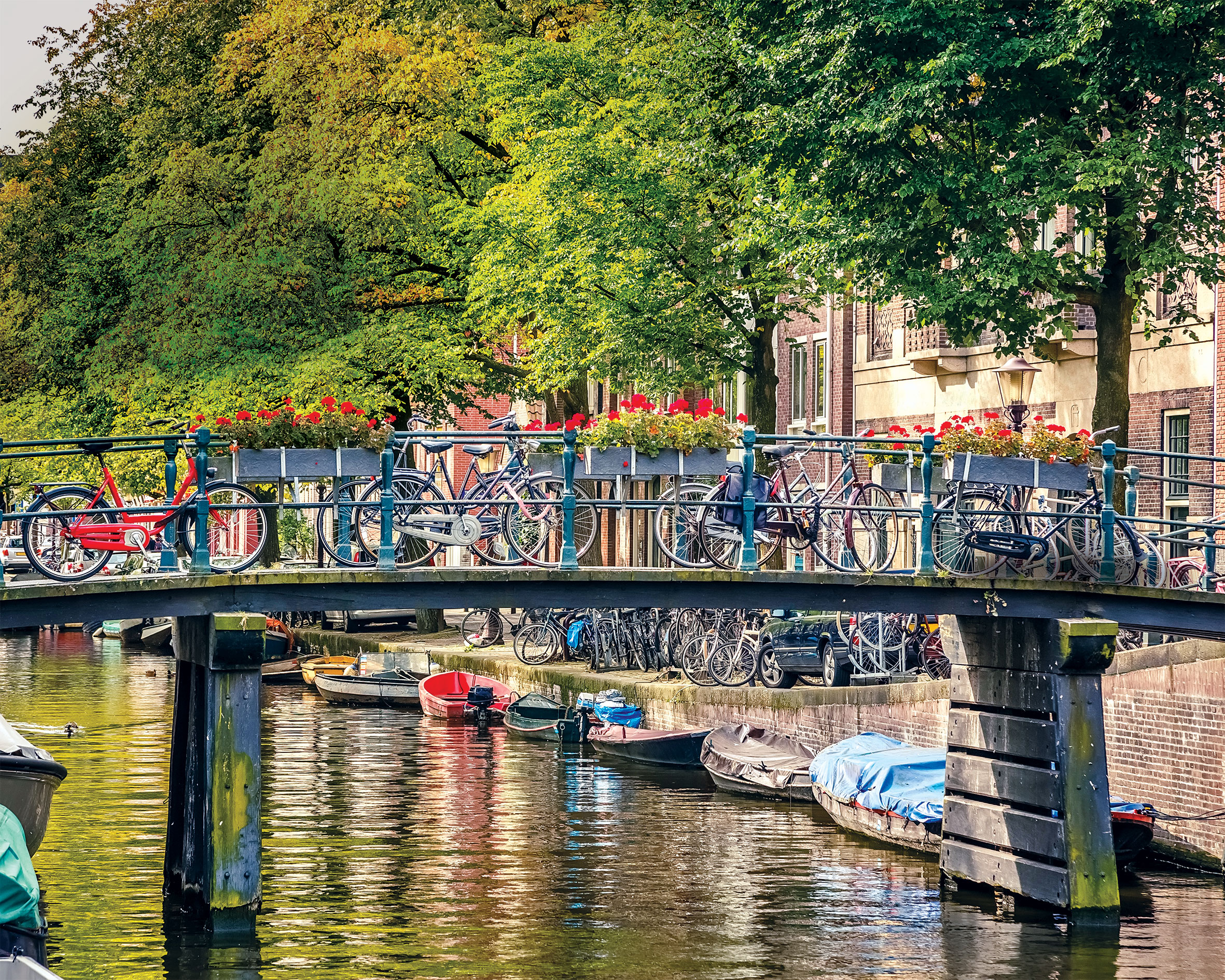 10 Best Cities To Explore By Bike

If one thing is certain; trends are cyclic. Take bike riding. Once simply a means to get from A to B, cycling is again an increasingly popular form of commuting in urban areas. There’s also environmental and health benefits associated with this form of transport as well as being a way to avoid traffic congestion.

For travellers, sightseeing by cycle is an ideal way to get to know a city and feel part of the community. Many overseas cities have adopted public bike-sharing systems where users pay a daily, weekly or monthly access fee to electronically unlock a bicycle and then return it to another docking station. A true bike-friendly city should offer both infrastructure and amenities that are easy for visitors to adopt.

Here is our pick of the world’s 10 best cities to explore by bike. Interestingly, while all these overseas cities recommend wearing a helmet while cycling, it is not mandatory.

1. Amsterdam
The top-ranked bicycle-friendly city for 2013, according to the Copenhagenize Index, travellers to Amsterdam can enjoy 400 kilometres of urban cycle paths with bike-specific traffic signals and multi-storey bike garages to smooth your way. The flat terrain is also ideal for meandering around picturesque canals and classic architecture. While there is no public bike share system, there are plenty of cycle rental spots in tourist hubs like Dam Square, Centraal Station and Leidesplein.

Route to ride: Take the 11-kilometre round trip from Central Station to Vondelpark through canals, the Jordaan district and Rijksmuseum.

2. Copenhagen
Copenhagen vies with Amsterdam as the world’s most amenable place to cycle. A trailblazer with the world’s first large-scale public bike share program, the new City Bike system boasts white cycles with built-in touchscreen GPS and an electric motor (a single journey is 25kr), or opt for Copenhagen Free Bike Rental where you pay a donation to use a salvaged cycle for up to three days. With flat roads and 390 kilometres of designated bike lanes, Copenhagen is a dream to tour on two wheels.

Route to ride: To take in the sights like The Little Mermaid, Christiansborg Palace and the alternative community of Christiania, cycle the 15-kilometre loop from Nyhavn to Christianhavn.

3. Paris
The City of Light has one of the most successful and largest bike sharing systems in Vélib’ with over 20,000 stylish grey bicycles at 1,800 docking stations found only 300 metres apart. Paris also has miles of new bike lanes and off-street cycle paths to explore. You’ll need a credit card or smartphone to unlock a Vélib’ bike with one-day (€1.7) or 7-day (€8) tickets also available online. The first 30 minutes of any trip is free and then further fees apply.

Route to ride: The classic tourist route along the Seine from Eiffel Tower to Notre-Dame is a 14.5 kilometre ride and includes the Louvre and Saint-Germain-des-Prés.

4. Montréal
Quebec’s largest city is ranked as the best North American city for cycling with almost 4,000 kilometres of bike trails and paths. Visitors to Montréal can take advantage of 5,000 bikes available at 400 stations with the BIXI public bike share program, available from April to November annually. The first half hour of any trip is free with 24-hour ($7) or 72-hour ($15) access available. Montreal also lies within the Route Verte, a 5,000-kilometre bikeway network in Quebec.

5. Kyoto
With flat, well-maintained roads, polite drivers and plenty of spots to hire a bike, Kyoto is one of Asia’s most cycle-friendly cities. While it lacks official infrastructure with little to no bike lanes and sidewalk cycling permitted in only some areas, bicycle rental is available in all tourist hubs including the Community Cycle (Machikado Minapoto) white public bikes (500¥ up to two hours), and free bike parking provided at all major attractions and at 34 Eco Stations.

Route to ride: See some of Kyoto’s myriad temples by bike. Cycle the 16-kilometre loop from Kyoto Station via the Path of Philosophy (Tetsugaku no michi) and Nazen-ji temple to Ginkaku-ji temple.

6. Portland
Synonymous with bike culture with more cyclists per capita than anywhere in the USA (according to local government reports), Portland, Oregon, boasts 483 kilometres of bikeways including off-street cycle paths, bike lanes, bike-specific traffic signals and even ‘bike boulevards’ – side streets with low speed limits. Surprisingly, Portland does not have a public bike system. There is, however, 5,000 bike racks to stow your hired ride and plenty of themed bike tours.

Route to ride: See the Pacific Northwest through the Springwater Corridor – a 34-kilometre route along Willamette River through meadows, forests, neighbourhoods and industrial areas of Portland.

7. San Francisco
While the Bay Area’s famously hilly topography may not immediately lend itself to exploring on two wheels, San Francisco is nevertheless a great city to see by bike with plenty of cycling infrastructure and events on offer. Hire one of 700 light-blue Bay Area Bike Share cycles from 70 stations with a 24-hour ($9) or 3-day ($22) membership to enjoy the first 30 minutes of any trip for free.

Route to ride: Cycle from the Mission to Golden Gate Bridge – a 31-kilometre route through The Wiggle (a flat section from Duboce Park and Golden Gate Park that avoids the hilly areas) to the Presidio.

8. London
It’s no secret that former Mayor of London, Boris Johnson, has an almost evangelical zeal about bicycle commuting, hence the blue Barclays Cycle Hire bikes known colloquially as ‘Boris Bikes’. For travellers, this means you’ll find 10,000 bikes at over 700 docking stations in Central and East London with 24-hour (£2) or 7-day (£10) access and the first half hour of any trip for free. There are plenty of bike lanes with clear signage to help you navigate your way around easily.

Route to ride: Do the Saturday markets from Borough Market to Portobello Road. The 10-kilometre route winds its way through Covent Garden, Trafalgar Square, Hyde Park and Kensington Gardens.

9. Rio de Janeiro
With plenty of infrastructure in place leading up to the 2014 FIFA World Cup, Rio will have up to 450 kilometres of cycle trails to offer the largest bike route in South America. Rio has a public bike share system, Bike Rio, which is only accessible to residents with a Brazilian mobile number. For visitors, you’ll find bicycle rental at popular tourist hubs such as Ipanema and Copacabana beaches to take full advantage of the iconic scenic sights.

Route to ride: Bike the beaches along the 8-kilometre coastal route from Copacabana to Ipanema past Sugarloaf Mountain, Christ the Redeemer and the barrios of Urca, Botafogo and Lagoa.

10. Barcelona
While the Bicing public bike hire system is only available to residents, visitors to Barcelona can still travel from the beaches to the barrios and back on readily available rental bicycles. With fantastic weather, almost 200 kilometres of bike lanes and a ‘green ring’ – a bike path that surrounds the downtown area, Barcelona is the premier cycling city on the Mediterranean. Challenge yourself with hilly climbs on Montjuïc or enjoy the flatter beach areas and 30km/h tourist areas. 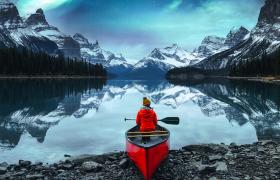