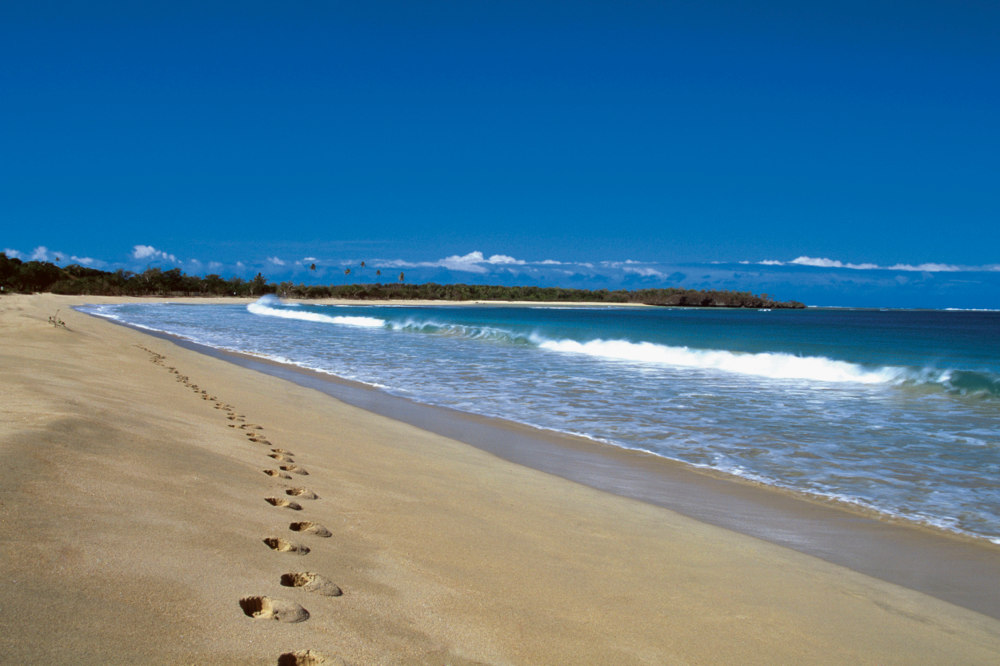 With its white-sand beaches, tropical climate and relaxed pace, Fiji has rightfully earned a reputation as a South Pacific paradise. But it's the friendliness of the people that makes travelling in these islands a real delight. You'll quickly learn the ubiquitous word 'bula' (pronounced boolah), which means hello and is usually accompanied with a broad smile.

Not everything in paradise is perfect, however. There's been a succession of military coups in Fiji, and the political restiveness stands in contrast to the easygoing nature of the people. And once you travel beyond the idyllic tourist resorts, you'll see that most people live in very basic conditions.

That said, Fiji remains a fascinating destination. While most tourist activities come with a price tag, there are plenty of things for adventurous travellers to do and see for free.

Most travellers arrive via the international airport at Nadi. In downtown Nadi, a bustling market offers tables laden with ginger, coconuts, mangoes and jackfruit.

There are also lots of stands selling kava, a plant from the pepper family which is native to the Pacific. Fijians use kava powder to make an intoxicating beverage that is drunk in ceremonies throughout the islands and even by a few people in this market.

If you do decide to try it, drink it in moderation. Be warned that kava supplements have been banned from several countries due to health concerns.

This village near Lautoka is one of the country's oldest, believed to have been founded by some of the first settlers to arrive in Fiji by canoe more than two millennia ago. It's also where some of Fiji's leaders have lived and it has hosted dignitaries including Prince Charles.

You'll get a sense of village life and see things like a traditional chief's hut and ceremonial drums. In the centre of the village is a Methodist church, an important institution to many in Fiji.

There's also a monument that includes both a weapon and a cross. The weapon, a neck-breaker's club, was used in past times by Fijian cannibals. The club is lying down with the cross on top, signifying an end to that way of life.

You can walk into the village at the north end for free or pay five Fijian dollars ($A3.30) at the south end and have someone show you around, which is well worth it. Avoid wearing bikinis or other skimpy clothes, which are considered disrespectful in this setting.

Do as the palm trees do: The South Pacific In Three Acts

A fringe of coconut trees gives way to a gorgeous, pristine beach with a gentle arc. It's the perfect place for a swim in placid waters that are as warm as a bath.

Only some parts of the beach are publicly accessible, and so keep an eye open for signs or ask locals. We found access just west of the Uprising Beach Resort. The beaches in this area are less crowded than those closer to the Nadi airport.

Another beach, but hey, this is Fiji! And Natadola is stunning in different ways to Pacific Harbour.

The drive there takes you through lush, verdant bush. This beach often generates powerful waves that are good for body surfing, although it pays to be wary of the undertow.

At other times you can take your mask and snorkel and explore. For a few dollars, locals offer horseback rides along the beach.

Like most urban areas in Fiji, Suva, has a dilapidated feel and doesn't immediately seem inviting. But the country's leaders have made a point of improving the waterfront promenade, an effort that's showing positive results.

The horseshoe-shaped walk extends from the city to the national stadium and has become a popular place to jog and stroll. There's a new picnic area and sometimes you'll see pickup games of rugby, Fiji's national sport.

Along the waterfront, take a look at the botanic gardens and the Presidential Palace, where guards stand to attention wearing sandals and traditional white sulus, similar to a kilt or skirt. You can watch the guards change over every two hours. Visit the waterfront at sunset or early in the morning, when the weather is cooler, the fishermen are out, and the light plays on the water.

Copyright Associated Press. All rights reserved. This material may not be published, broadcast, rewritten, or redistributed.

This article was written by Nick Perry from The Associated Press and was legally licensed through the NewsCred publisher network.

10 Moments Not To Miss In Hobart

A Perfect 24 Hours In Waikiki