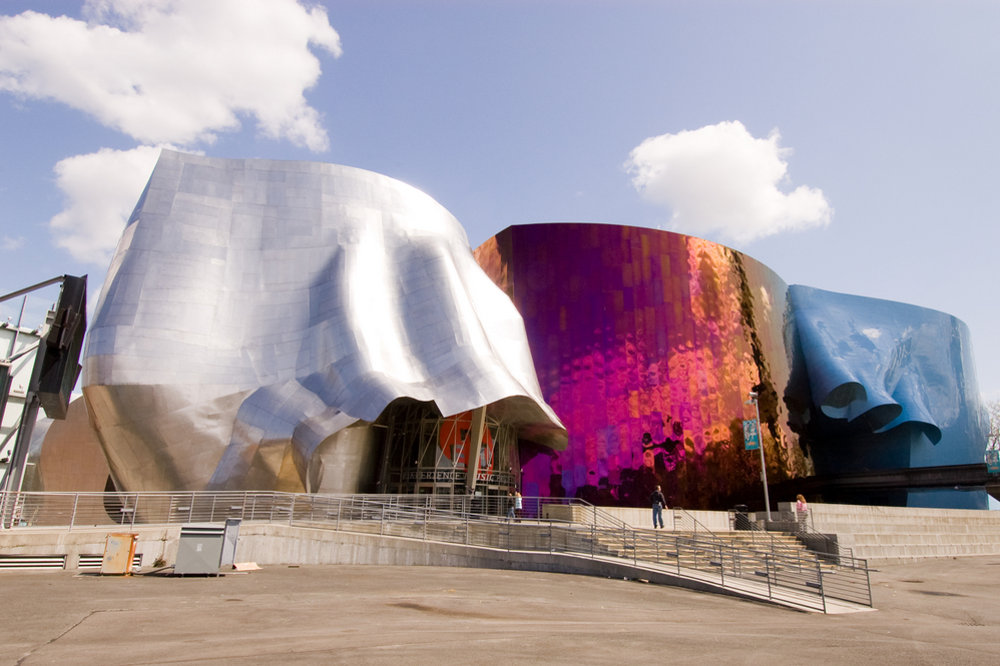 Few on this earth can say they haven't been touched or influenced by music. It's a universal language that plays a part in our lives every day.

The USA is home to some of the greatest musicians of all time, including Johnny Cash, Elvis Presley and Louis Armstrong. If you're a fan of musical history and greatness, these US spots are perfect for deepening your connection with America's best.

Of course, Johnny Cash is by no means the only musician to loom large here – it is known as Music City for a very good reason – but a new museum dedicated to this giant of country music opened last year.

Beyond that, one of the places you visit should be the Ryman Auditorium, where Hank Williams, Patsy Cline, Dolly Parton and Millie Pearl have all performed. Guided tours are available.

And, of course, nobody could ignore Dollywood – although music is sometimes relegated behind amusement in Dolly Parton’s Tennessee theme park.

Also in Tennessee, Graceland in Memphis will need little introduction for Elvis fans, or anyone else for that matter. Did you know, you could take it in as an excursion from a traditional paddlewheel steamboat?

In the town where the artist behind Great Balls of Fire was born is Louisiana Delta Music Museum, dedicated to collecting and preserving the musical heritage along the Mississippi River Delta Region. Fats Domino and Irma Thomas are also in its hall of fame.

Detroit may be down on its heels these days but its musical legacy shows no sign of fading. Those who love the city’s wonderful Motown Sound can stand in Hitsville USA's Studio A, where the Four Tops, Supremes and many more artists recorded their songs, now part of the Motown Museum.

A well-worn pilgrimage: Into The American Heart On Route 66

Singer Bob Dylan came to New York's Greenwich Village in 1961 and is still associated with the area. For a period this grid of streets, barely five square kilometres in total, generated a buzz of creative energy that forged Dylan’s artistic sensibility.

Start at the White Horse Tavern. It's an old longshoremen’s dive (the Hudson River is just three blocks west) with an impeccable bohemian pedigree: in the 1950s Dylan Thomas, as well as having his name filched by a young kid in Minnesota called Robert Zimmerman, drank his last at the bar before dying a few days later; Norman Mailer supposedly conceived the radical Village Voice newspaper here; and it was a Beat poet hangout. It was also where Dylan listened to the Clancy Brothers singing “rousing rebel songs that would lift the roof”.

Beyond Dylan and Greenwich Village, there is also Harlem, which now has the National Jazz Museum.

This is how writer Pamela Petra sees the much maligned area (prior to Superstorm Sandy) outside New York City: “The Shore was Bruce Springsteen's youthful stomping ground. Once New Jersey's romantic poet, now its conscience, Springsteen conjures a once and future Jersey: a tough promised land where amusement parks rise bold and stark, teenagers huddle on the beach in the mist, and – if you show a little faith – there's still magic in the night.”

Although the Boss did once sing: "We've got to get out while we're young."

John Lee Hooker, Sam Cooke, Muddy Waters. The list of musicians with ties to Clarksdale in Mississippi is long and compelling – certainly enough for Morgan Freeman to make the city his home.

Chicago is also another big destination for Blues fans. Drop by Buddy Guy’s Legends and you might find at the bar the blues guitarist who inspired Eric Clapton. Other blues clubs are Kingston Mines. Summer brings the Chicago Blues Festival, the largest free blues festival in the world.

The city in the far northwestern corner of the US has a surprising number of musical associations. One of the best known is with the Nirvana frontman, Kurt Cobain, who died two decades ago.

The EMP Museum – in a distinctive building designed by Frank Gehry – is one of the best places for Nirvana fans. It says: “The world's most extensive exhibition of memorabilia celebrating the music and history of Seattle grunge luminaries.”

Even the airport has indie credentials. Nirvana and other grunge artists at Seattle-Tacoma International Airport now feature in the Sub Pop indie-rock catalogue at a store inside.

Jimi Hendrix is the other big name to come from the city and the EMP Museum is also the place to go. There’s an exhibition there at the moment, Wild Blue Angel: Hendrix Abroad, 1966-1970, detailing the period of the musician's life spent on the road as he catapulted to fame.

As well as its wild Mardi Gras, the Big Easy is well known as one of the most musical cities in all the USA. Louis Armstrong came from there. Fats Domino, too.

The clubs and bars are renowned. Even its funerals are known for including jazz. Recommended venues are Vaughan's in Bywater; and DBA, Spotted Cat and Three Muses, all in Frenchmen Street.

Discover the greatest moments in musical festival history and find out more about your musical heroes at the city’s Rock and Roll Hall of Fame.