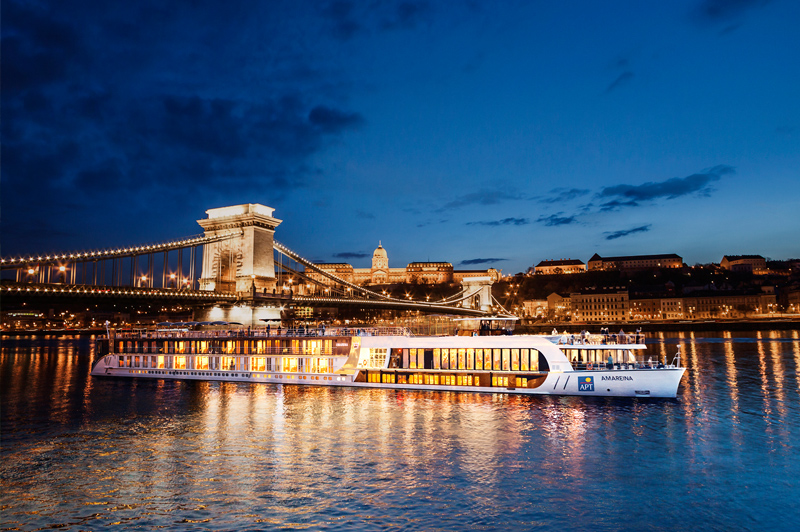 APT recently unveiled it's 2017 Pre-Release Europe River Cruising brochure which features a handful of new itineraries and range of classic journeys – all underpinned by exclusive SuperDeals available until 15 May 2016. While the new additions (ranging from 20- to 24-days) don't explore any new rivers beyond 2016's programme, the excellent land-based additions are sure to make exploring Europe with APT better than ever next year. We've handpicked three new favourites — all part of The Royal Collection designed specifically for Antipodean guests who appreciate fully inclusive sightseeing, on-board beverages, and a long list of other inclusions.

Departing Arles on 13 April 2017, this new itinerary combines a 7-night Rhône River cruise, a 7-night Seine River cruise, 2 nights in the French city of Amiens, and 3 nights in Belgium. The first week on the Rhône includes a cocktail reception at Grignan Castle and dinner at Paul Bocuse's gastronomical haven, L’Abbaye de Collonges. Here, in Lyon, is where guests step from their luxurious Aria-class river ship onto a train bound for Paris – with another Aria-class ship waiting to take them down the Seine over 7 nights. 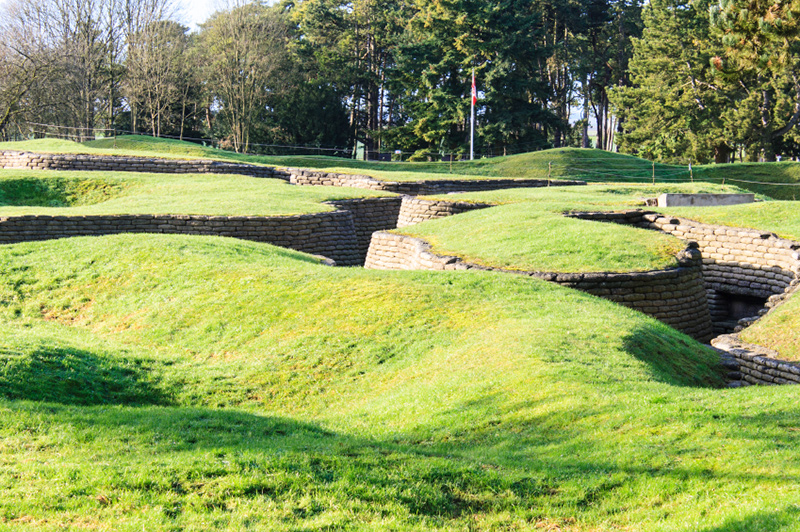 The trenches and craters on battlefield of Vimy Ridge. Image: Getty

The highlight this week is a once-in-a-lifetime ANZAC Day Dawn Service at Villers-Bretonneux which coincides with the 99th anniversary of the Second Battle of Villers-Bretonneux – the ANZAC victory which changed the course of World War 1. Guests kiss goodbye to the Seine and Paris with with a dinner and show at Moulin Rogue before heading by coach to Amiens for two nights, exploring the Australian Memorial at Mont Saint-Quentin and the original resting place of the Unknown Soldier.

En route to Ypres (the first of three nights in Belgium) guests have the chance to follow in the footsteps of the ANZACS touring some of the most significant WWI battlefields including Vimy Ridge and Fromelles – where over 5,000 Australian soldiers lost their lives in one single night – and a somber visit to Tyne Cot Cemetery. Things end on a sweet note though, with two nights in Brussels and the chance for guests to master the art of making praline in what's arguably the chocolate capital of the world.   2017 SuperDeal: Fly From $795* including taxes when you book a Royal Collection cruise holiday between 15-24 days. Valid until 15 May 2016. Contact your Travel Associates consultant for more details.

APT has stated it's grand Magnificent Europe itinerary remains it's most popular river cruise. So how do you make a classic even better? In 2017, APT will bookend the experience with three nights Prague and three nights in Paris, creating a new itinerary which couldn't be more quintessentially European. In Prague, descendants of the Czech Republic’s oldest aristocratic family will welcome guests to their 18th-century Baroque home, Chateau Jemniste, for a tour, special lunch and falconry display. 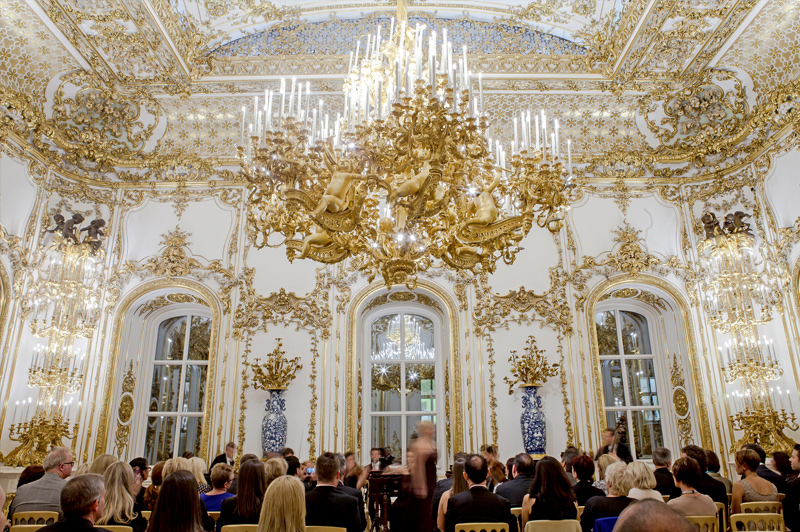 Once the river cruise gets underway, guests receive three Royal Invitations exclusive to APT including a private concert at Vienna's City Palace, an exquisite rail journey aboard the Majestic Imperator from Linz to Passau, and a lavish ballroom banquet at Namendy Castle in Rudensheim. Guests cap things off in Paris, staying at the Hotel du Collectionneur Arc de Triomphe and enjoying dinner and a show at the iconic cabaret, Moulin Rouge. 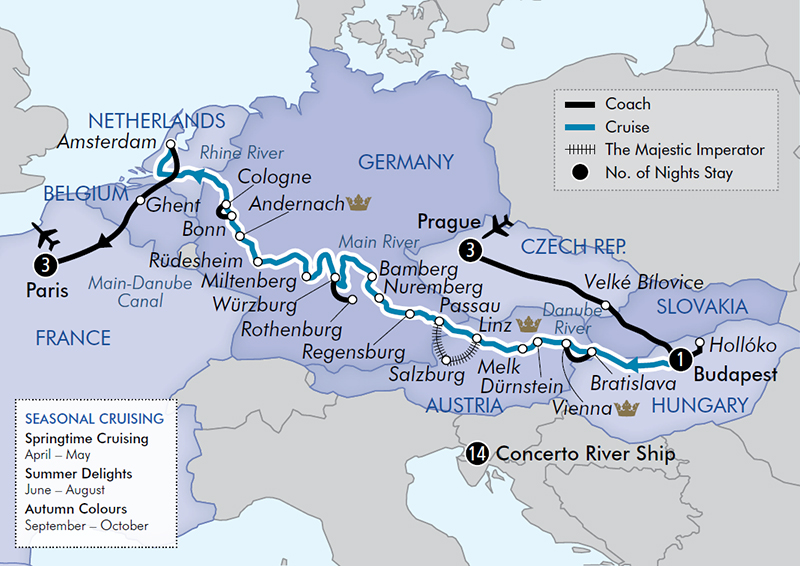 The new itinerary combines 3 nights in Prague, 1 night in Budapest, 14-night Magnificent Europe river cruise and 3 nights in Paris and departs on select dates between 26 April and 11 October 2017. 2017 SuperDeal: Fly From $795* including taxes when you book a Royal Collection cruise holiday between 15-24 days. Valid until 15 May 2016. Contact your Travel Associates consultant for more details.

If you're looking for a way to tick off a few items on your bucket list in 2017, look no further than APT's new 24-Day Italy, French Riviera & Provence itinerary combining 5 nights in Italy, 4 nights in France, a 7-night Rhone River cruise and a 7-night Seine River cruise. Once guests have glimpsed Michelangelo's artwork in the Sistine Chapel and tour the Colosseum in Rome, they head to Tuscany for the first of five signature experiences – tasting locally made olive oils antipasti and regional wines behind the walls of San Gimignano – a UNESCO World Heritage-listed medieval city. 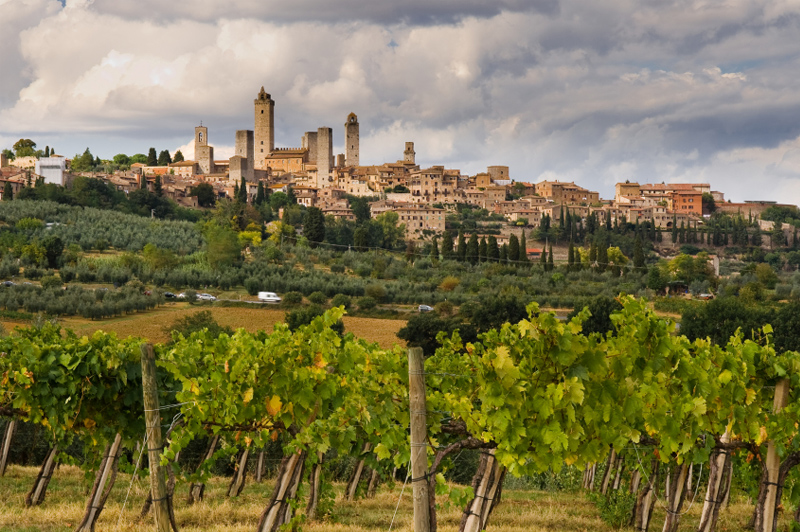 In Florence, guests come face-to-face with Michelangelo's Statue of David before heading to Nice on the French Riviera (rest stop at the Leaning Tower of Pisa en-route, of course) for a 2-night stay at the stunning Le Negresco Hotel. It's only after a further 2-nights in Aix-en-Provence, exploring the home of French artist Cezanne, and visit to the largest wine-growing estate in Europe, that guests embark on their 7-night Rhône river cruise to Lyon. 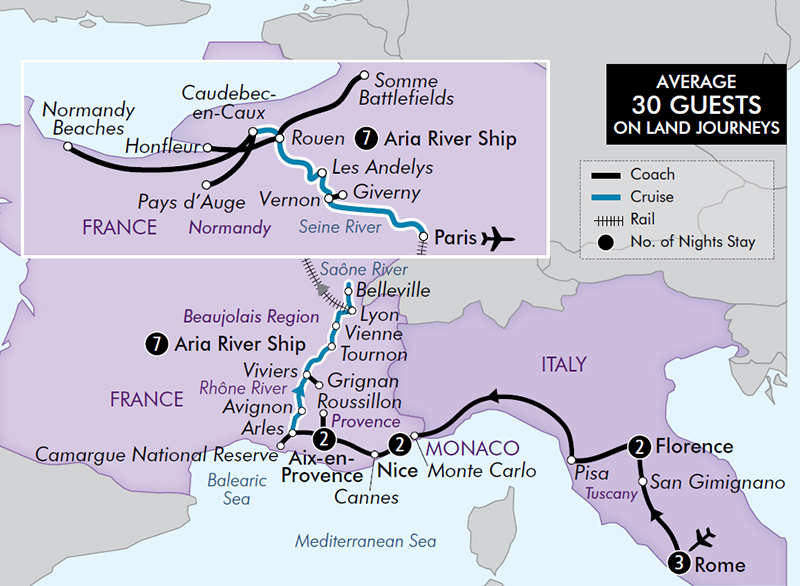 A short train journey takes guests up to Paris for the itinerary's epic conclusion – a luxurious river cruise down the Seine over 7 nights. There are only two departures on 13 June and 5 September 2017 so you'll need to act fast for this one. 2017 SuperDeal: Fly Free to Europe including taxes of up to $1,000 per person when you book selected Royal Collection itineraries combining land and cruise. Valid until 15 May 2016. Contact your Travel Associates consultant for more details.