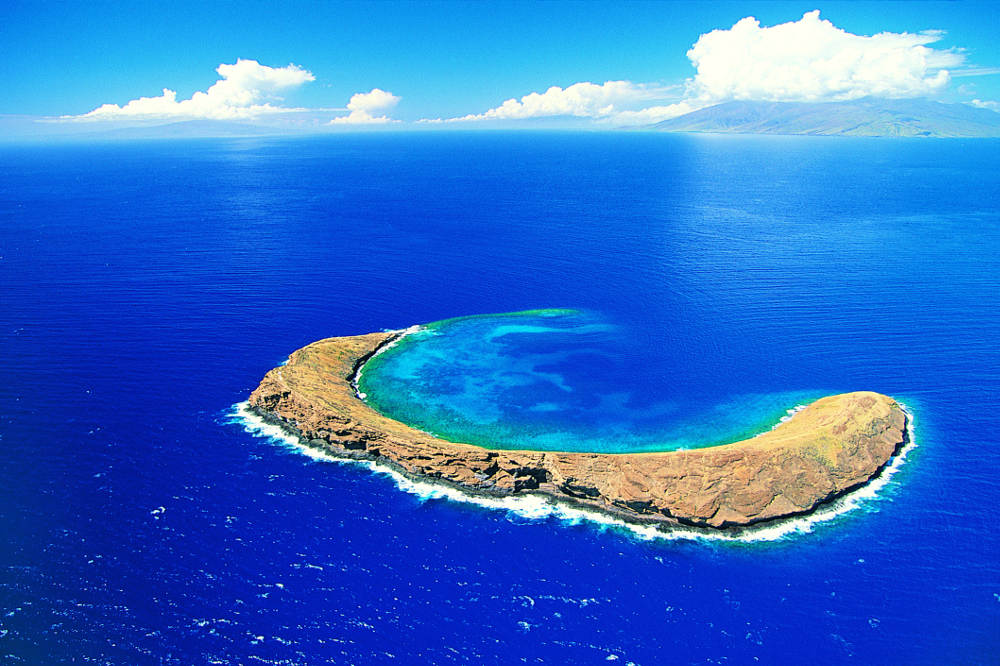 Home to a unique mix of Pacific cultures, the most diverse variety of climates in the world, and some awe-inspiring landscapes that range from lush rainforest to volcanic desert, Hawaii's chain of eight islands offer everything you could want from a dream holiday – but with a healthy dose of surprise, adventure and friendly American hospitality on top.

The scenery alone is worth the visit. Take the Kualoa Ranch on the island of Oahu, the hub of Hawaii. Here, the Kaaawa Valley slopes down to a turquoise sea between twin ridges that stand proud like sentinels of rock guarding their lush tropical island.

In this epic setting, it's not hard to believe that time has stood still – and that a slow-moving herd of diplodocus might still be seen traipsing across the grass. It's little wonder that Stephen Spielberg chose the 1,620 lush hectares of this estate to film the first Jurassic Park movie in the early 1990s, and has returned there to film the latest record-breaking blockbuster in the franchise Jurassic World.

Tour guides trying to explain the geological history of Oahu – and the other islands that make up Hawaii – will remind you that no dinosaurs ever lived here because the land, which was formed by a string of volcanoes rising from the ocean floor, did not exist until millions of years after the likes of Tyrannosaurus rex became extinct. But don't let that inhibit your imagination.

The visitors pretending to scream as they have their photographs taken next to a dead tree (the trunk that Sam Neill's Dr Alan Grant and the movie's children used as shelter while a herd of fast-moving Terrible Lizards hurdled over them in the first film of the series) certainly don't.

Then again, Hawaii is rarely a place where you need to dream, for all the natural wonders are here to see for real, and there are many adventurous ways of experiencing them. Besides stunning Jurassic World sightseeing, Kualoa alone offers horse-riding, quad-biking, zip lining, kayaking and paddle boarding.

And you'll find plenty more outdoor sporting activities like these wherever you go on the archipelago. Oahu is the island that has yielded most of the names and images that people associate with Hawaii.

That's mainly thanks to the state capital and the only real city to be found for thousands of kilometres: Honolulu. The birthplace of US President Barack Obama, located down on the south coast, is where you'll find Waikiki beach and the historic Pearl Harbor US Navy base, along with copious high-rise hotels, burger joints, cocktail bars and shops for all budgets lining Kalakaua Avenue.

Looking down on it all from the Hyatt Regency Waikiki Beach Resort and Spa makes you yearn to get down there immediately in an aloha shirt and order a pina colada.

The 50th and most recent of the United States takes its name from the most eastern island in the chain – also known as The Big Island. And this, the youngest member of the archipelago, is perhaps the most startling one to see.

Here, Hawaii Volcanoes National Park gives you a glimpse of the Earth at its most primitive and carnal, thanks to Mauna Loa – one of the most active fire-breathing mountains on the planet. You can easily spend a day or more on the road travelling through black lava fields and peering into craters, either in a hire car or with a guide.

And then, as dusk approaches, sit down to dinner in The Rim restaurant at Volcano House to watch the orange glow of lava gradually stand out against the night sky.

Should you have the time, and budget, to visit more islands – or if you just prefer your volcanoes extinct – Kauai and Maui are every bit as enchanting.

Get back to nature: 10 Great US Activity Holidays

Here's a guide to things to do around the islands.

You'll find places to snorkel on all the islands but swimming inside Molokini, the crescent-shaped crater of an extinct volcano that has become an uninhabited islet just off the coast of Maui, is pretty special even in this part of the Pacific. Sail out with Kai Kanani and the chances are you'll see a turtle.

If you're prepared to get up early (we're talking 2am here) and wrap up warm (trust us, we mean it), watching the sun rise over the sacred crater at Mount Haleakala is well worth the shivering and the bleary eyes. Sausages or eggs benedict for breakfast, looking out on the hillside views at Kula Lodge, will help you recover.

It's not far to get a taxi down to the high-end shops of Wailea itself and drop into Tommy Bahama's for dinner. Restaurants linked to clothing chains don't sound promising but this is a highlight – try the jerk chicken and the BBC cocktail.

Where better to learn to surf, or for the more experienced to refine their technique, than Waikiki beach, the birthplace of the modern sport? It was here that Olympic swimmer Duke Kahanamoku practised as a boy on his papa nui board before going on to popularise surfing in California and Australia.

After a two-hour group lesson with Hans Hederman, you can sit down to a burger at Duke's, the restaurant dedicated to the island hero.

If you want to get away from the bustle of the beach, hiking up the side of an extinct volcanic cone at Diamond Head gives an excellent view of Honolulu and the surrounding hills.

To learn about the sometimes brutal and tragic history of the islands and their people after Westerners arrived, spend a sobering afternoon at the Bishop Museum.

As well as driving around Volcanoes National Park, you can fly over the craters and, if you're lucky, even see some molten lava with Blue Hawaiian helicopters. The weather can be uncertain but if conditions mean you're offered a coastal flight to the awe-inspiring waterfalls instead, that's no bad thing. Ask nicely and the pilot may land on a patch of grass and let you walk around.

To feel at one with nature, however, you should try snorkelling at night with manta rays. Deploying a giant floating ladder out on to the sea, the boat crew turns on spotlights to attract plankton, which in turn bring out the large rays.

While you cling on to the ladder, these elegant and utterly harmless creatures will happily perform an underwater ballet for you as they hoover up their microscopic dinner.

The attractions of starting your holiday on the western isle of Kauai are many. First, it's the least developed in the chain but it also has an easy pace to life that helps you settle and relax after a long flight. The island is also home to arguably the most stunning sight in Hawaii: the huge green cliffs and valleys of the Na Pali coast.

These are all but inaccessible by land and best seen by an open-door helicopter flight with a firm such as Jack Harter. You can also go for a barbecue on a boat trip along the coast with Captain Andy.

And, for something more genteel, you can learn about how native Hawaiians lived and used their land and their plants at the Limahuli Gardens.

Hopping to one or two different islands for a few days, on short internal flights that often barely last half an hour, is highly recommended to get the most from your trip and best done with Hawaiian Airlines.

This article was written by Rob Hastings from The Independent and was legally licensed through the NewsCred publisher network.