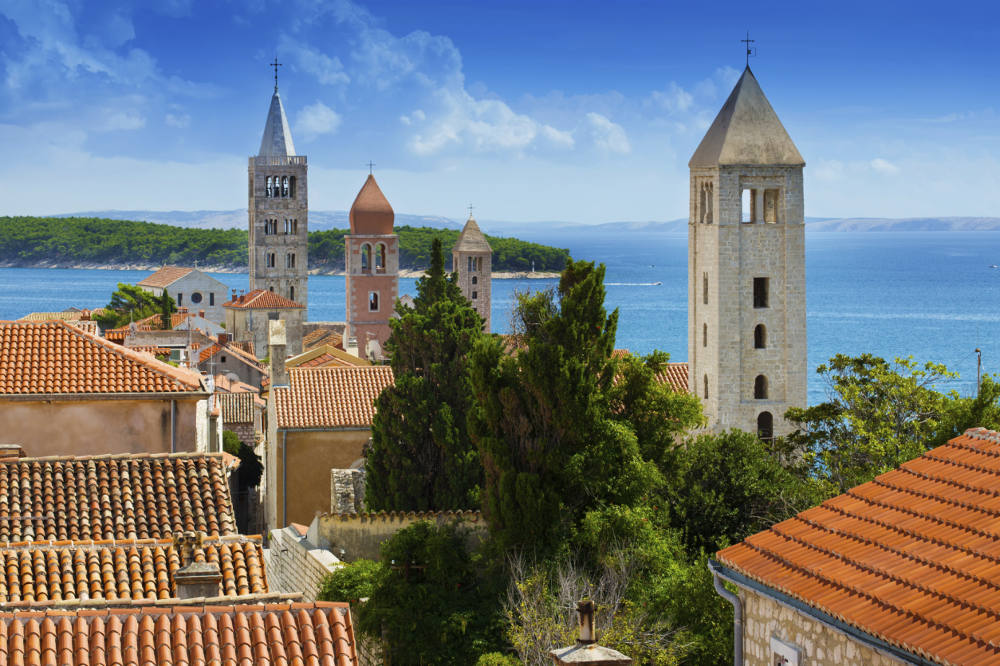 Croatia itself is no longer a secret – according to the tourist board nearly 400,000 visitors from the UK holidayed there last year, a figure almost on a par with pre-independence levels (the coast of the former Yugoslavia attracted around 500,000 Brits in 1989).

The majority flock to Dubrovnik and the island of Hvar in the Dalmatia region, whose perennial popularity ensures crowds and higher prices. In search of a quieter spot, I was drawn to the northern coastline, so found myself on this seven-night cruise, which cast off from Opatija on a gloriously sunny day in late June. 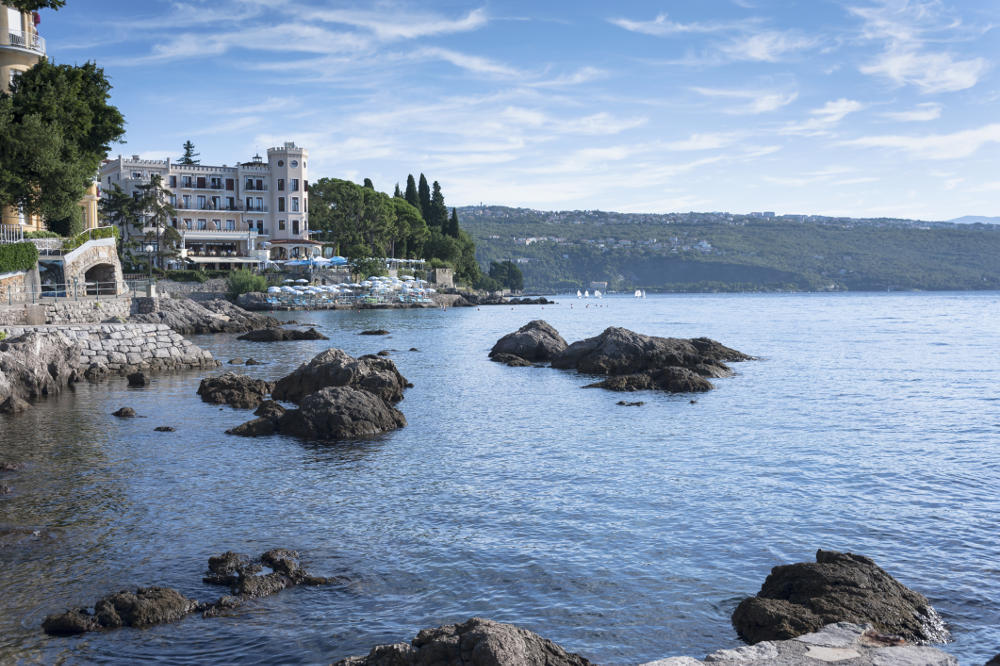 Opatija stood in for Nice in the movie Diana. Picture: Getty Images

In the north of Croatia, at the other end of the coast from Dubrovnik, Opatija is an elegant place, replete with grand villas that were built during the Austro-Hungarian era. The resort doubled as Nice in the film Diana, about the late Princess of Wales, and it didn’t lose anything in comparison.

On deck, stretched out on my sun lounger, I was struggling with a map of the region when the shouting started. Suddenly it didn’t matter where I was. Dolphins, lots of them, were dancing in front of our boat.

“They aren’t supposed to be here; they live near Losinj and we usually see them on day six,” boomed Capt Branko over the loudspeaker. “Look now!” Around 20 bottlenose beauties (some with babies) jumped and played around us for a good 15 minutes.

As we settled down for lunch – a delicious Adriatic 'blue fish' caught that morning – we travellers bonded over dolphin spotting. Our cruise included breakfast and lunch on board each day, with the evenings left free for us to sample the restaurants ashore.

Or try a different kind of cruise: Exploring Europe In A Spaceship 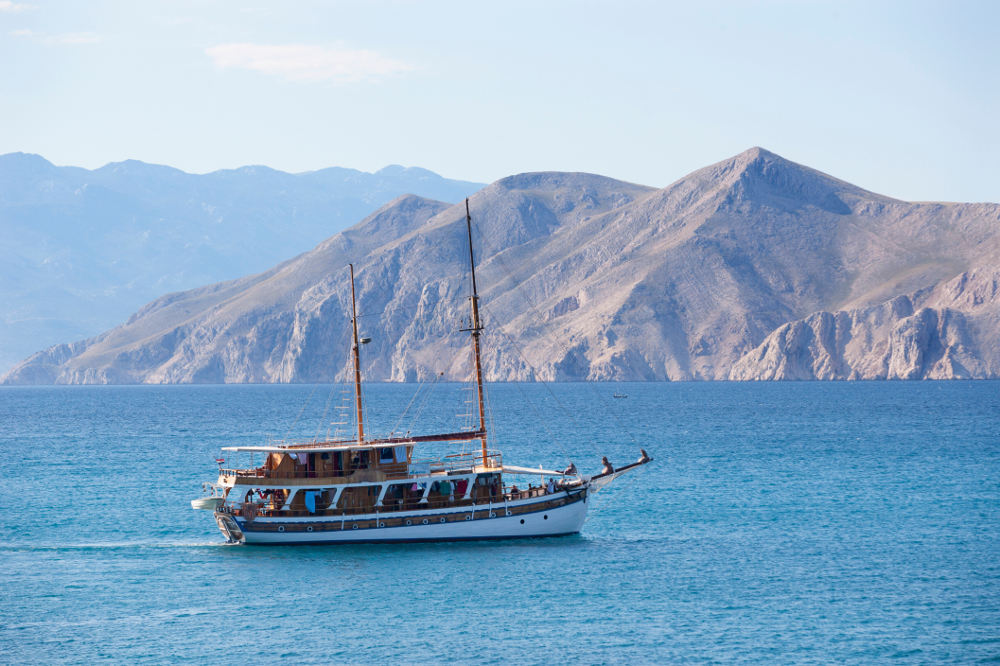 Sightseers sail past the island of Krk. Picture: Getty Images

We stopped for our first swim not far from the town of Krk on the island of the same name. That evening we explored the island’s cobbled streets, towers and ramparts and sipped local “sea Champagne” (fermented in the bottle on the sea bed) in a bar that contained impressive Roman ruins.

Operated by Katarina Line, our almost-new vessel, Dalmatia, had 19 spacious, airconditioned cabins with en-suite bathrooms, plus a sun deck, a bar and a small restaurant. A crew of young Croats worked tirelessly to please our mixed-nationality group (one Spanish couple, for example, put in a request for paella for lunch at least once during the sailing).

The next afternoon brought more excitement when the four spires of Rab town (on the island of the same name) came into view. We moored right in front of the huge square of Saint Kristofor in the old town.

The spires of Rab town cause excitement among seafarers. Picture: Getty Images

It was here, in an open-air bistro, that I first sampled Kvarner scampi. More like a langoustine, they were served in a delicious tomato and wine sauce. “Use your bread, Madam,” instructed the waiter.

Rab has several claims to fame: it has 22 sandy bays (a rarity in Croatia, where most beaches are pebbly); on a royal visit in 1936, King Edward VIII and Wallis Simpson dallied there; and every July it holds a three-day festival that involves lavish medieval costumes, witches, musicians, falcons and fireworks.

The days became a blur of regular dips, sunbathing and lazy chat. The historic city of Zadar, also famous for its melodious 'sea organ' (a natural instrument built using pipes under the concrete promenade) came and went.

The tiny island of Molat has just one shop and it was there that a feeling of melancholy set in as we realised our holiday was already halfway through. Over cocktails on deck we all agreed that this cruise was ticking all the boxes: hidden coves, islands and a dramatic coastline; fabulous opportunities for swimming; superb restaurants on shore serving everything from pizza to lobster; pretty villages and monuments – and no crowds to spoil any of it. Bliss.

The scent of pine and rosemary reached us before we docked in Mali Losinj – this was the “perfumed garden” that the captain had mentioned at the start of the cruise. The island is famous for the heady scents of plants and herbs, as well as the pretty pastel-coloured houses ranged around the horseshoe-shaped harbour. 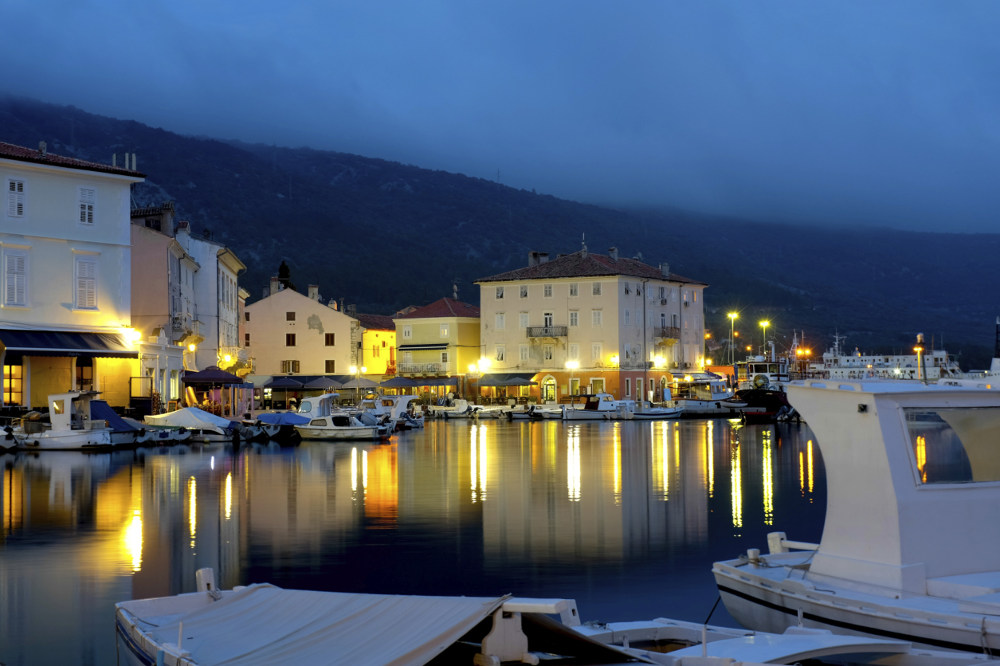 Dinner in Cres? Don't mind if I do. Picture: Getty Images

As we sailed on to the island of Cres (the third island and town with the same name), there was not a dolphin in sight, although I was consoled by the chance to swim among starfish. We enjoyed a dinner of seafood risotto at a waterfront restaurant as a guitarist strummed Beatles songs.

Next morning Capt Branko was on the tannoy again. “Look up!” Circling overhead, massive birds were griffon vultures which, although endangered throughout Europe, breed successfully on the remote cliffs of Cres Island, where few humans venture.

“The dolphins have sent them to say goodbye,” quipped Capt Branko. As we gathered speed towards Opatija, I really wanted to believe that was true.

This article was written by Julia Mora from The Daily Telegraph and was legally licensed through the NewsCred publisher network.