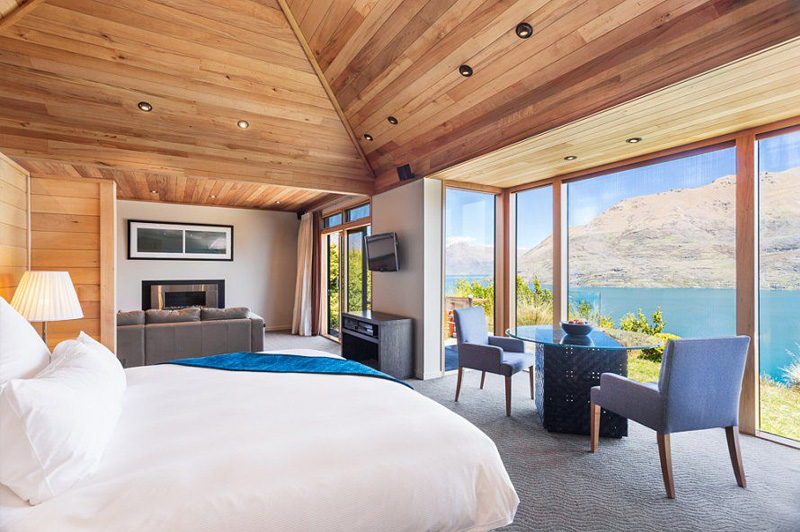 Six Reasons New Zealand's Lodges Are The Envy Of The World

The trans-Tasman rivalry has always been fierce. Whether it’s cricket, rugby or pinot noir, our Kiwi cousins have consistently punched above their weight across so many fields of endeavour. One sphere where Australia has being playing catch-up for years has been in the business of luxury lodges where, if we were to be honest, we’ve been off the pace until only recently. 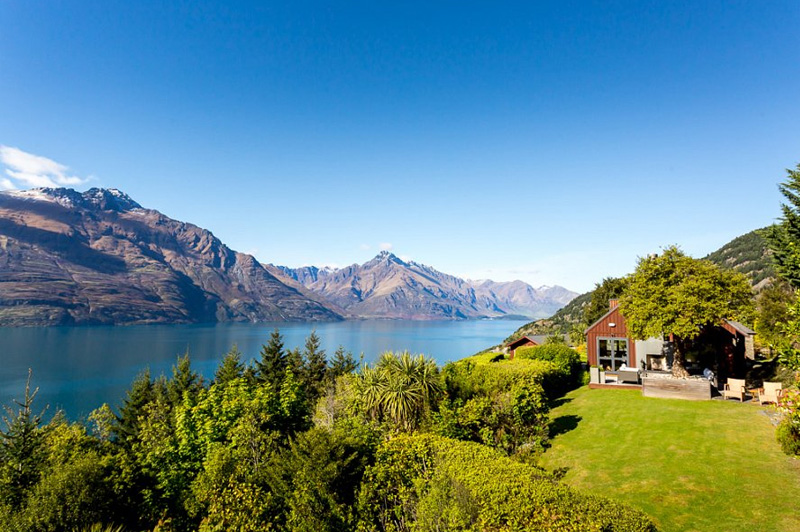 It doesn’t help matters when New Zealand's islands, long white clouds or not, are like two massive movie sets. It’s no wonder either that blockbusters like Lord of The Rings, The Hobbit and Xena: Warrior Princess all took full advantage of the spectacular locations that even the most creative computer animators could not match. The intense domestic competition between properties is also evident as the A-grade super lodges battle for accolades from the world’s most respected arbiters.

Andrew Harper, founder and publisher of the revered Hideaway Report, rates the long-established Huka Lodge, near Lake Taupo, among his top picks in New Zealand. Located in a botanic garden-like setting adjacent the sublime Waikato River and the nearby Huka Falls, the lodge regularly tops the list of the fussiest travellers. 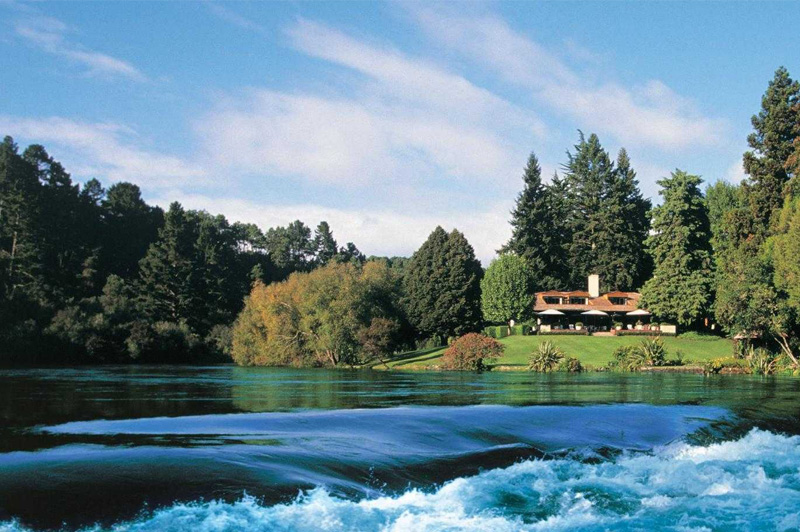 TripAdvisor, renowned for their no-holds-barred reader reviews rates Azur – overlooking the impossibly beautiful Lake Wakatipu from a hilltop at Sunshine Bay near Queenstown – as the top property in the region. "This is truly a ‘hotel’ that lives up to all the hype. Stunning views, fantastic rooms and staff that genuinely made you feel welcome and special,” said one awestruck guest on the world’s largest travel site.

And they need to keep their eye on the ball, because down the way at Glenorchy at the other end of the lake is Blanket Bay, a game-changer when opened in 2009 and recipient of numerous awards including Condé Nast’s World Top 100 – the only New Zealand property to make the list at the time. Apart from impeccable food and accommodations, guests can indulge themselves with horse riding, fly fishing or heli-skiing. 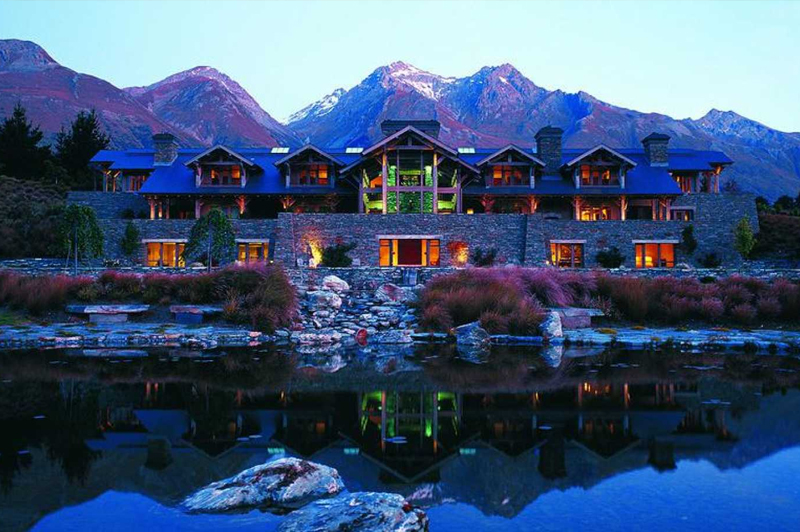 4. The Lodge at Kauri Cliffs, Bay Of Islands

Forbes Magazine, gracing the coffee tables of the world’s billionaires, includes Kauri Cliffs on their world list of resorts where you can holiday like a billionaire. Located at stunning Matauri Bay on the northern extreme of the North Island, hedge fund pioneer and finance legend, Julian Robertson, entertains guests with the finest local wines and food as well as maintaining one of the world’s most famous golf courses. 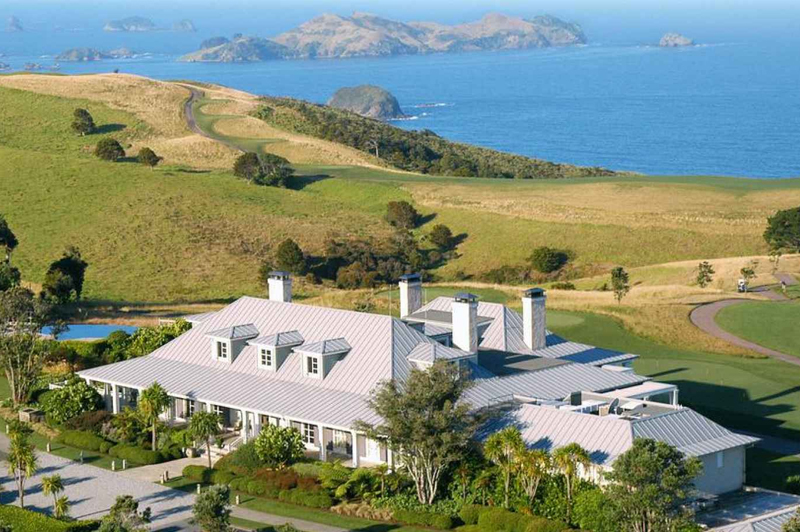 The Lodge at Kauri Cliffs in the Bay Of Islands. Image: Luxury Lodges of New Zealand

The US-based Robb Report, who bill themselves as “as the definitive authority on connoisseurship for ultra-affluent consumers” fancy the unusual luxury tented camp, Minaret Station. Set within a glacial valley and accessible only by helicopter from Wanaka on the South Island, heli-skiing, fishing and guided hunting occupy pampered guests in a remote and picturesque setting. 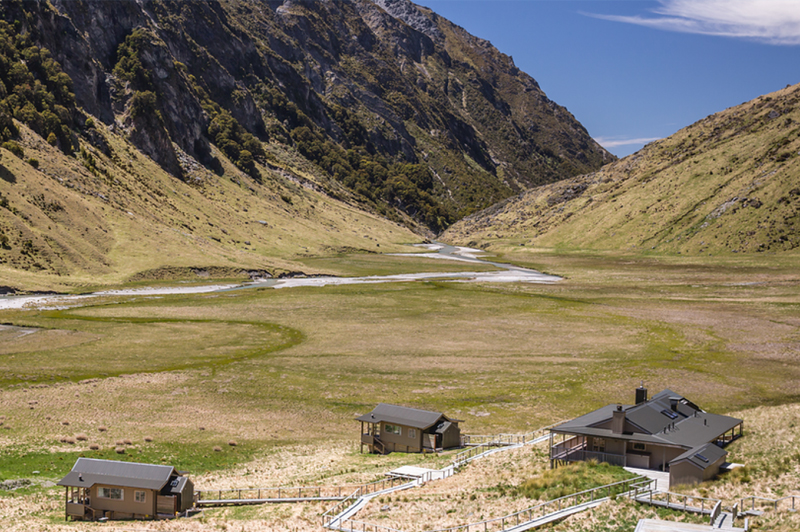 US travel publishing icon, TRAVEL + LEISURE, the “preeminent voice for the sophisticated, insatiable traveler” reckons Grasmere Lodge in the high country near Cass on the South Island is most special. Founded as a farm in 1858, Grasmere still keeps sheep, deer and cattle on the expansive property set against a backdrop of the 1100 metre mountain and adjacent Arthur's Pass National Park. Take a canoe out onto the mirror-flat lake or throw in line to catch a trout. 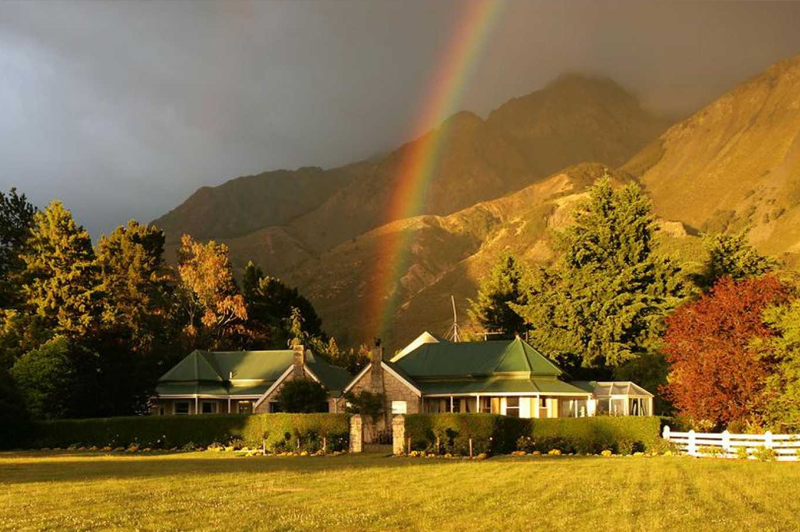 Space prevents us from mentioning every magnificent lodge, but you’ll find the following keep popping up in ‘best of’ lists around the world. Located from from north to south:

Just when you think New Zealand has reached its climax with ultra-luxe lodges, along comes another disruptor. Russian oligarch, Alexander Abramov, spent NZ$16m acquiring the site at Helena Bay near North Island’s idyllic Bay of Islands. The $5,000 per night, Helena Bay Estate is set to open in November 2016 on three kilometers of pristine coastline, featuring four private beaches and many intimate coves. Even before the first guest has walked through the door, National Geographic Traveler Magazine has rated the location among the ‘World’s Top Rated Islands, Coastlines and Beaches’. 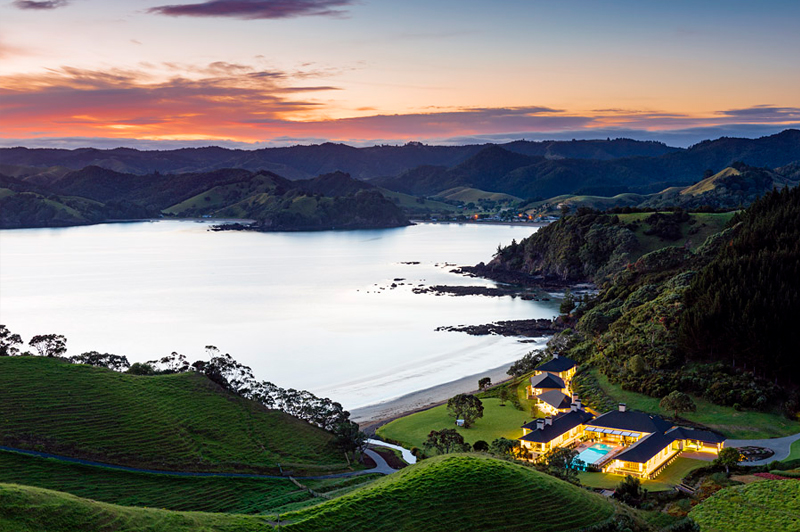 New Zealand lends itself to self-drive like few places on the planet. The best way to enjoy the sights and soak up the luxury of these lodges is to hire a car or SUV and motor between locations on either (or both) islands. On the North Island, pick up your vehicle from the international airport at either Auckland or Wellington and do ‘the circuit’. You can easily mix up premium accommodation in both urban and remote locations for a ‘best of both worlds’ experience. Down South, you can fly into Christchurch or Queenstown, well served by international airlines, and do likewise. Heading south to Queenstown and Wanaka, or north to Nelson and famous Marlborough Sound. 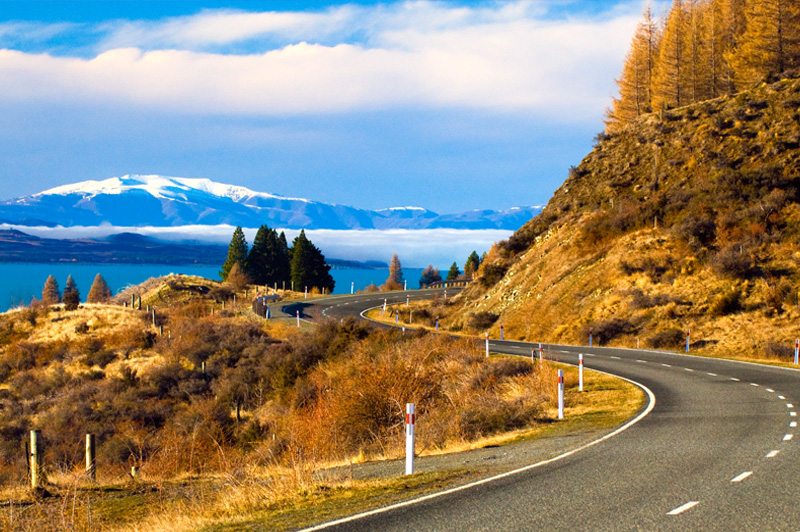 Self-drive is a great way to see New Zealand like the Canterbury region. Image: Elite Images