TRAVEL BLOG Peaks with Personality: Mountains of the Canadian Rockies

If you fall in love with the Rockies, be prepared to surrender your heart for a lifetime.

Banff and Lake Louise are among the most beautiful places in the world, and their appeal comes down to the mountains. As an ardent fan, you’ll soon come to know each mountain by its name and personality, but here are a few of our favourite mountains of the Canadian Rockies to get you started.

Mount Temple is the highest peak in the Lake Louise region, and when seeing it for the first time, you may think it was named for its shape. The slightly domed and peaked summit soars to 3,544 metres, exuding a glacial beauty that commands your worship.

In reality, the highest mountain in the Bow Valley Range was named for Sir Richard Temple, a British politician, who surely felt the pressure of being honoured with such a sublime peak. 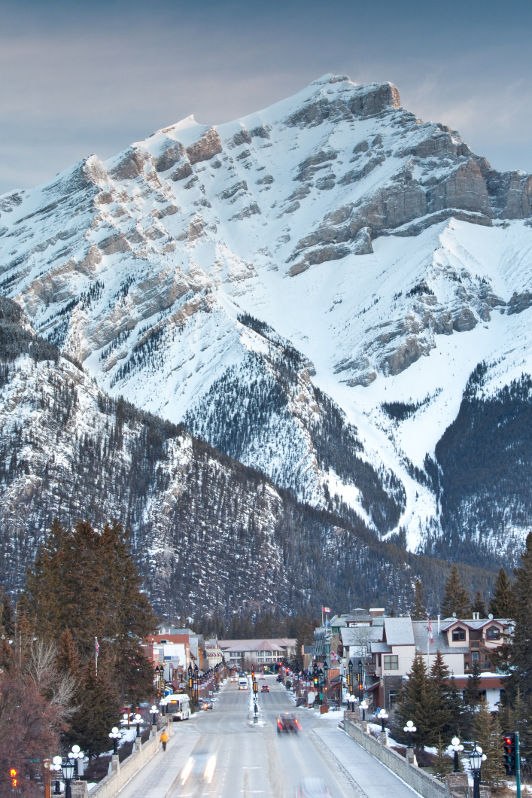 A popular hike for eager scramblers, a Cascade climb takes about 7 hours return

The magnificent bulk of Cascade Mountain is the glorious centrepiece of the Banff skyline. It dominates the township, demanding admiration from every angle.

Whether you’re walking down Banff Avenue, dining at a rooftop gastropub or gazing in awe at the view from the top of the Banff Gondola, Cascade is impossible to resist.

With a ruthlessly straight slope that is easy to spot on the Banff skyline, Mount Rundle has been likened to Mount Crumpit from the Grinch. Rundle could almost be considered a small mountain range, as it extends over 12 kilometres and boasts twelve distinct peaks.

Views of Mount Rundle are at their best on the road between Banff and Lake Louise, where a stop at Vermillion Lakes will reward you with a photo opportunity that is hard to tear you eyes from.

There are some quirks of the Canadian Rockies that are best pointed out by a local at the scene. From certain vantage points in and around Lake Louise, Mount Hector’s peak looks like a silhouette of Snoopy sleeping on the roof of his dog house. This outline will become more obvious from certain angles, but once you’ve picked it out, you’ll find it hard to see anything different when viewing the southern aspect of the mountain.

Another dose of Canadian charm: Lake Monsters and Bigfoot: Urban Legends of Canada

If you're already in love and ready to book: Luxury Canada Holiday Packages

This baby mountain is nestled in the heart of Banff town, and locals are commonly seen taking constitutionals along the trail, a return journey of only 4.3 kilometres. The stunning views of Surprise Corner and Mount Rundle make a jaunt up Tunnel an easy win for those who aren't quite up to tackling the huge climbs of the Canadian Rockies.

Tunnel’s indigenous name means “Sleeping Buffalo”, and the resemblance is easy to see from the north and east. The English name comes from a misguided plan to build a railway tunnel through the mountain during the construction of the Canadian Pacific Railway. The track ended up skirting the hill, but the name stuck. 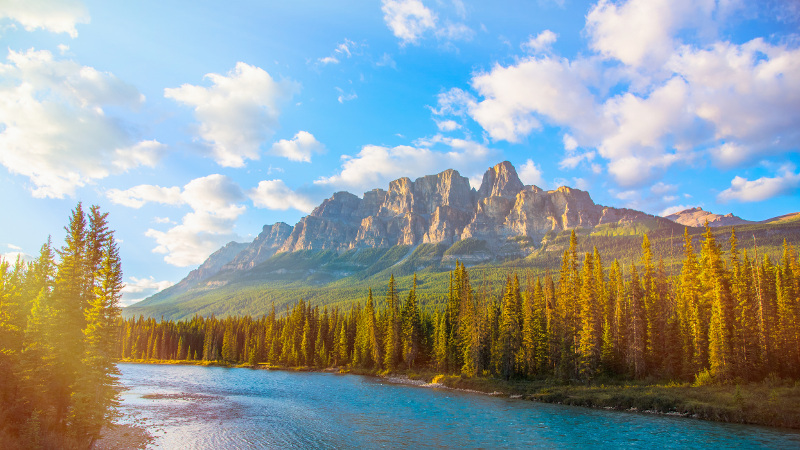 If you're exploring Castle Mountain, don't miss Silver City, the ruins of a 19th-century mining settlement

Halfway between Banff and Lake Louise you’ll notice a wide, multi-peaked mountain to the east of the Trans-Canada Highway. Its position on a fault line caused the older rocks to thrust above the newer, lower levels of the base, giving Castle Mountain its romantic, castellated appearance. 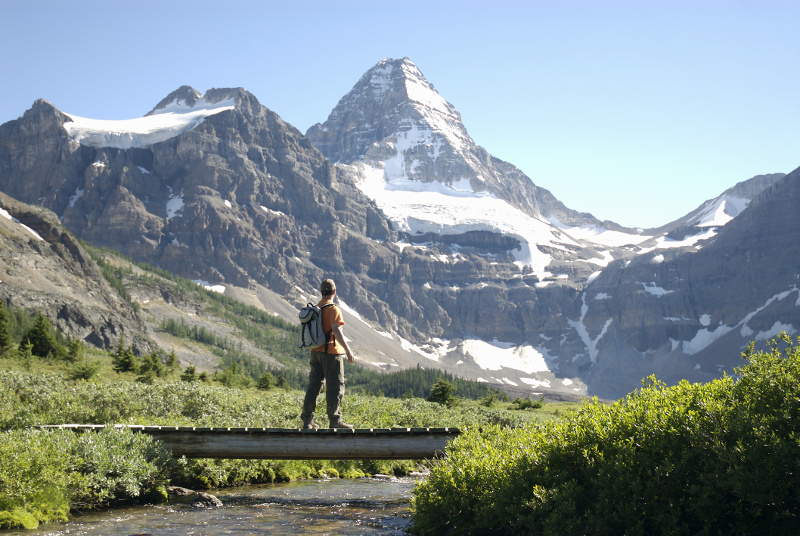 Dubbed the “Matterhorn of the Rockies”, Assiniboine’s pointy peak is easily identifiable on the Canadian Rockies’ horizon. Visitors skiing or riding at Sunshine Village Resort may be lucky enough to catch a glimpse of this iconic peak when riding The Great Divide, a chairlift that crosses from the Alberta border over to British Columbia.

Once you’ve overcome your wonder at the glory of Lake Louise, take the inviting trail from the right of the chateau towards the Lake Agnes Tea House. This amazingly scenic path will lead you past the aptly named Mirror Lake, right up to the alpine perfection of Lake Agnes.

The Lake Agnes Tea House is a rustic delight, although it gets overrun in summer. Take your Pumpkin Spice Chocolate Chip bread and eat at the shore of the lake, admiring the unusual shape of the Big Beehive that slopes down towards the water.

Most people stop at the teahouse, but just a kilometre further is Little Beehive. The switchbacks grow quite steep, but the lack of crowds and heartbreaking views will more than make up for it.

Get to know the peaks of the Canadian Rockies with an APT guided tour, the ultimate way to experience the beauty of the mountains. Contact your local Travel Associates advisor for more information on APT's luxury Canada and Alaska tours.

How To Get Up Close With South American Wildlife