A journey to the Antarctic Peninsula will change your perspective in more ways than one.

It was Antarctica, but not as I was expecting it. Standing on the deck of our APT-chartered luxury expedition ship Le Lyrial, I was sipping champagne in a t-shirt in the sunshine, while half a dozen whales dived in and out of the water just metres away. If the wind picked up, I only had to duck into the chic lounge bar behind me to order a warming hot toddy, as the onboard classical pianist tinkled away. It was completely surreal, and completely wonderful. 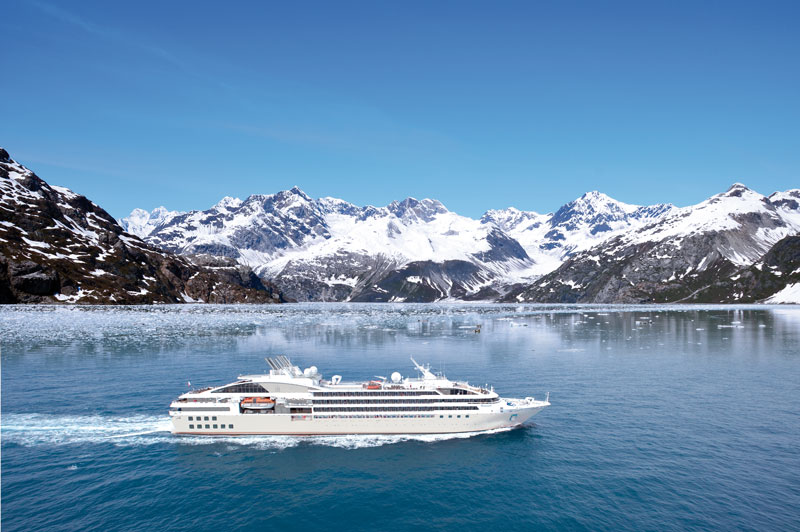 I’d been expecting the worst, thanks to the grisly tales of the first Antarctic explorer’s frostbite, exhaustion and near-death experiences I’d been reading pre-trip. That was worlds away, however, from the decadent four-course meals we’d been savouring each evening to the treatments we’d been indulging in at the onboard spa, and the nightly music and dance performances in the theatre. But that’s the thing about Antarctica: it shifts your perspective, and makes you see the world with new eyes.

The shifts of perception began before we even arrived on the Antarctic Peninsula. I’d been dreading crossing the Drake Passage, reputed to be one of the roughest bodies of water in the world. But after half a day of trying to push through the nausea and attend the fascinating lectures on board, which covered everything from seabirds and glacial geography, to Antarctic explorers and pollution in our oceans, I decided to put myself to bed. I watched on-demand movies, ordered room service, picked my way through the mini bar, and drifted in and out of sleep while watching the wild waves roll past my balcony doors. On the second afternoon, I opened my eyes post-nap to find we’d arrived in a new world, where icebergs floatedacross the glassy water outside my window. At that moment I realised that the Drake Passage wasn’t retribution, but a rite of passage that made me feel I truly deserved the pristine paradise we had arrived in. 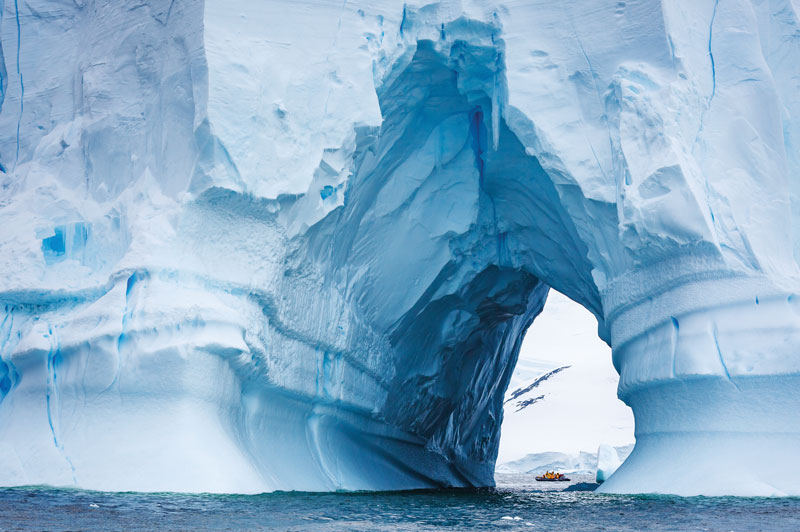 Setting foot on the world’s southernmost continent for the first time at Neko Harbour, I felt like a visitor on my own planet. The words of our expedition leader before we left the ship, “you’ve seen it in photos, but nothing can prepare you for the real thing,” rang in my ears as I stared, slack-jawed, at hundreds of Gentoo penguins waddling past the Narnia-like backdrop of glaciers and icebergs. As my fellow cruisers and I hiked up a steep snow-blanketed hill, I noted how vigilantly the fragile ecosystem was being protected. Small orange flags were dotted along our path
to ensure we didn’t step on a ‘penguin highway’ or ‘penguin creche’, and APT’s team of expert expedition guides were stationed along the path to answer any queries we had about the wildlife and make sure we weren’t interfering with it. As we crunched through the snow back to our Zodiacs, we watched a gigantic chunk of ice calve off a glacier and crash into the sea, proof that Antarctica is a place in constant transition. Scenes like this served as an important reminder: we humans are far less important than we think, and ultimately, nature holds the power. 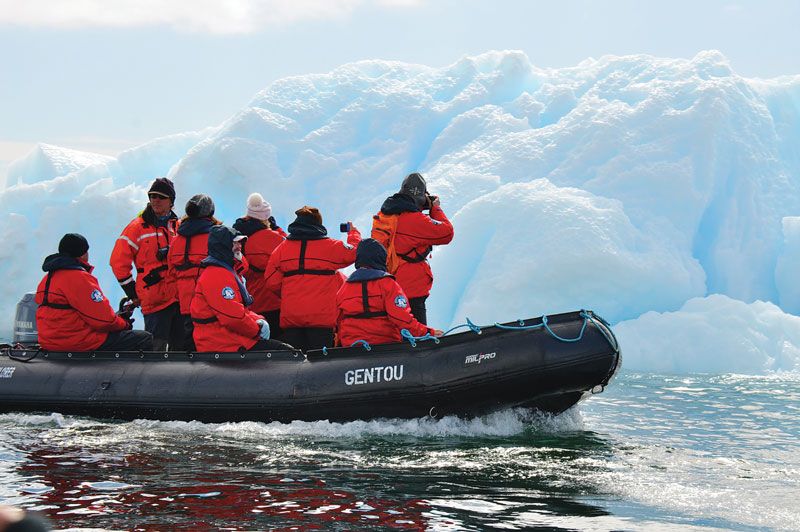 Before venturing to the Antarctic continent, 99% of which is covered with ice, I’d imagined that after a few days I’d get over all the ice. As our journey along the peninsula continued to unfold, however, my perspective on this started to shift too. Early one morning, as we slipped across the water on our Zodiac through an ‘iceberg garden’, I began to see each mass of calved freshwater glacier as a work of art. There were icebergs shaped like arrowheads and mushrooms; there were icebergs that were pure white while others appeared indigo or green; there were icebergs that had holes right through their hearts, and a precious few with swirls of colour through them.

Amongst all of this ice, there was an astonishing abundance of life. At Wilhelmina Bay, our Zodiacs pushed through chunks of ice as humpback whales curved through the water next to us, and crabeater seals sunned themselves on nearby icebergs. At Cuverville Island, we met Antarctic Peninsula’s largest Gentoo penguin colony of 6,500 and watched for more than an hour as the parents raced away from their young across the ice, teaching them how to fend for themselves. Meeting these creatures, who were completely unafraid of humans because they hadn’t yet learned not to be, converted us into instant Antarctic ambassadors. 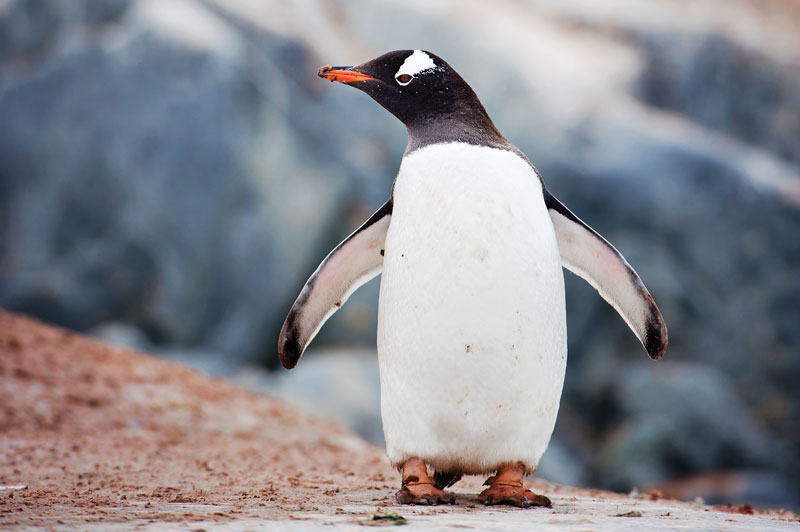 On our final evening in Antarctica, we tucked into yet another decadent dinner as the sky blushed pink and the last shard of the peninsula slipped past our ship. It seemed the perfect moment to raise our glasses to one of the world’s last untouched frontiers: it was returning us home more mindful, inspired and humbled versions of ourselves. This place of constant change had changed us too, and we’d never be the same again.

Live your own ocean cruise story. Begin trading travel ideas with us today. 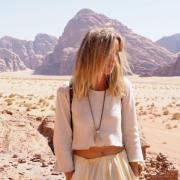 Nina’s travel career has taken her across Mongolia in ex-Russian military vehicles, through the Moroccan desert on the back of a camel, tramping through India’s kaleidoscopic streets, safariing through East Africa and beyond.