TRAVEL BLOG Sydney Like a Tourist: Rediscovering an Australian Gem

Sydney: been there, done that. My best friend lives in Bondi, so I’ve visited a hundred times and I stopped seeing it as a holiday destination. Then I realised how many opportunities I was wasting.

This sprawling beauty is the most famous city in Australia, and millions of tourists dedicate portions of their holiday to it every year.  The next time I visited Sydney, I resolved to view her through fresh eyes, hit the hot spots and sign up for some tourist activities. I was on a mission to rediscover this iconic Australian gem. 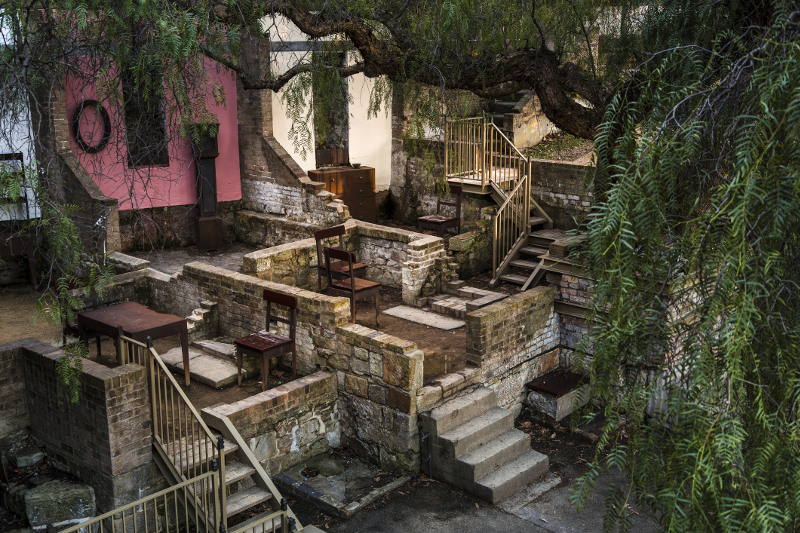 The houses at Foundation Park were cut into the sandstone cliffs in the 1800s, although only foundations remain

Walking tour of The Rocks

Like most Aussie kids, I was enthralled with the eerie story of Playing Beatie Bow in primary school. While the trendy lanes of The Rocks didn’t quite match the green fog and sinister cobblestones of my childhood imaginings, a two-hour walking tour of the area revealed a fascinating layer of history.

We all know that Australia was settled by convicts, but sinking into an environment where you can actually visualise their struggles adds a depth to the most simple of stories.  From Sydney’s oldest pub to the ruins of 1800s houses cut into the cliff face, the ghosts of Australia’s heritage are lurking, just waiting to be heard.

Brisbane has a pretty respectable shopping scene, but there are some stores that are yet to grace our shores and Haigh’s Chocolates is one of them. I have a $40 personal chocolate budget whenever I visit Haigh’s, which might be astounding to anyone who hasn’t experienced the creamy dreaminess of Australia’s best chocolate.

After stocking up on Milk Coffee Crunch and Dark Aprichocs, I strolled over to Muji, a store I got to know well in Japan. Minimalist home furnishings, beautifully simple clothing and an array of irresistible stationery make Muji one of my favourites, although it is currently only open in Sydney and Melbourne.

While chocolate and notebooks may not give you a thrill, Sydney’s choice of world-class shopping offers everything from vintage threads to locally-made crafts. Set a few hours aside and browse for your own version of treasure.

One 'Sydharb' is an Australian unit of measurement for 500 gigalitres, the volume of Sydney Harbour

I never would’ve signed up for this cruise without my ‘Sydney like a tourist’ mission, and I would have missed a sensational treat. Getting a little dressed up, waiting with the crowds at Circular Quay in the afternoon sun - it was an exciting contrast to our usual dinner date.

We were greeted with a glass of sparkling wine and seated on the dining deck, nestled right against a window where Sydney Harbour was already turning on the show. Some live jazz music, a three course meal and a few more glasses of sparkling later and we were out on the deck, taking a million photos of a spectacular pink sunset behind the Harbour Bridge.

A post shared by shake & stir theatre co (@shakeandstir) on

Taking in a show at the Opera House

Having never set foot inside the Opera House, I went all out and booked tickets for a show. Entering the majestic bulk of the Opera House was a thousand times better than admiring it from the Quay.

Perhaps any play would be enhanced by such a setting, but I adored the Shake & Stir production of George’s Marvellous Medicine. You don’t need to be a Roald Dahl fan or a kid to enjoy this kind of exuberance.

A Guide to Luxury Australian Accommodation 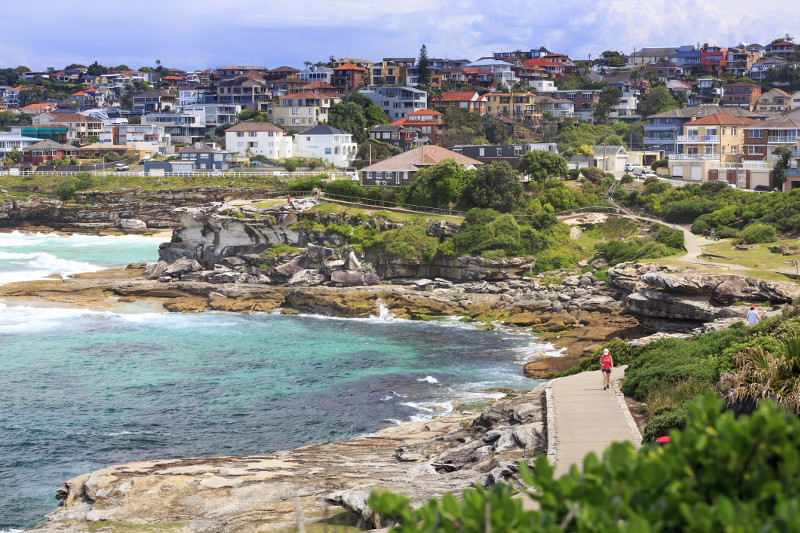 The Bondi to Bronte route is approximately 4 km, allow 1.5 hours walking time and extra for photos!

I’ve walked the Bondi to Bronte route during the renowned Sculptures by the Sea exhibition, but it takes on a completely different feel without the distraction of gorgeous art and milling crowds. Strolling along the breezy cliffs and surveying the captivating views is a soul refreshing experience. Reversing the normal route means you eventually descend on the blissful white curve that is Bondi Beach - a view that validates the fame of Australia’s gorgeous beaches.

When I decide to love a restaurant it's not just about the food. There has to be a harmony of taste, atmosphere and experience to charm both my belly and my heart. #mrwong #mrwongsydney #visitsydney #sydneyfoodie #wallart

I asked every foodie friend I have to recommend a place to eat in Sydney, and Mr. Wong’s name popped up nine times out of ten.

When I decide to love a restaurant, it’s about more than food - although the foie gras prawn toast and salt and pepper lamb cutlets had me at hello. The decor, ambience and menu offerings from Mr Wong made it a special outing from beginning to end, a feast for every sense.

Cook Islands Activities, On and Off the Water