The Most Lavish New Year's Eve Parties in the World

2016 has been an action-packed year, and whether you are itching for it to be over or clinging to these last weeks of December before the New Year madness, it deserves to go out in style! What better way to shake off the old and welcome the new than counting down to 2017 in an exotic destination? Here is a list of some of the most lavish places to ring in the New Year and the lush parties to match. 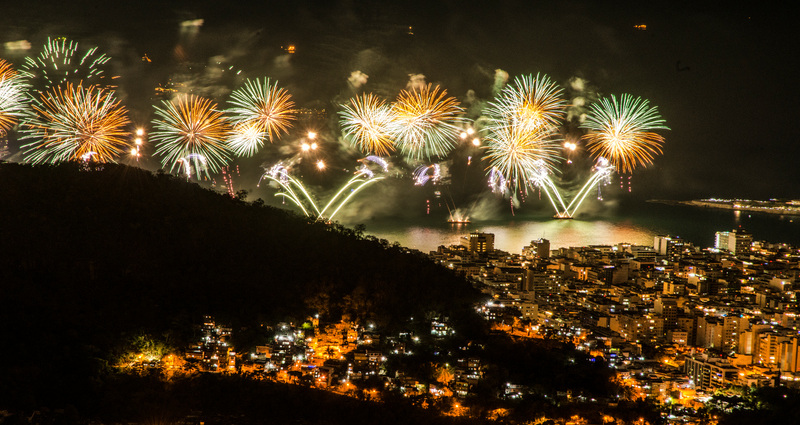 Take a step away from the New Year’s Eve you know and enter the Brazilian world of Réveillon at the Belmond Copacabana Palace. Watch the midnight fireworks from the rooftop of the five star hotel and embrace the tradition of wearing white (with a splash of red if you are eager for a night of passion).

Rio’s NYE celebrations are known as the biggest in the world, and at this legendary hotel you will not only have an unbeatable view of the fireworks but a first class experience on all fronts. With tickets ringing in at $1908 you will be getting your money’s worth from the rich food, culture, and passion of a Brazilian New Year.

A photo posted by The Ritz London (@theritzlondon) on

What ritzier way to celebrate New Year’s Eve than at The Ritz itself? This iconic London hotel is hosting a 1920s extravaganza complete with a five-piece vintage vocal ensemble. Enjoy a sumptuous four-course meal and toast to the New Year with a glass of Dom Perignon. Be sure to show up in your best bow tie or boa; a well dressed crowd is guaranteed at this $1350-per-head gala.

A photo posted by Lauren Gray (@laurengray001) on

Leave the diamonds and formal dress at home and have a laid back night as you are ushered into the New Year with the New Year’s Eve Concert at Kirstenbosch National Botanical Garden. South Africa’s own former Grammy nominee and Billboard music award winner Johnny Clegg will play you through to 2017. Enjoy the gorgeous serenity under the starry night sky as the extravagance of the glorious Botanical Gardens gives you a unique New Year experience.

New Years is the best time to visit Miami due to its vast array of concerts and lavish parties. Bring in the new year with the Roots at the Knight Concert Hall with tickets ranging between $66 and $768, or with Billy Joel at the BB&T Centre costing $66-$214.

Alternatively, enjoy a Moulin Rouge themed party at Drinkhouse Fire & Ice. Access to the open bar and ice bar come in at a cool $99, allowing you to bring in the New Year in a burlesque winter wonderland.

A photo posted by Sydney Opera House (@sydneyoperahouse) on

Everyone needs to experience the brilliant New Year fireworks of Sydney at least once in their life, and from what better angle than the harbor itself? There are many cruises available, including the Tall Ship Cruise. Experience the 9pm and midnight fireworks while enjoying fine dining and drinks throughout the six-hour cruise, priced at $849 per head.

If cruises aren’t your thing, another great view can be found at the Sydney Opera House itself. Tickets to The Opera Gala concert range from $299 to $479, and the interval is timed to coincide with the 9pm fireworks. The show finishes just in time to watch the first moments of 2017 lit up by a miraculous show of light.

More of the world's best:

The World's Most Luxurious Shopping Experiences

For an iconic end-of-year affair purchase your $653 ticket to Raffles Singapore’s New Year’s Eve Gala Ball, one of the most highly anticipated events of the Singaporean social calendar. Don your evening gown or tuxedo for a swanky night full canapés and champagne, topped off by the traditional shower of glittering balloons that marks midnight. 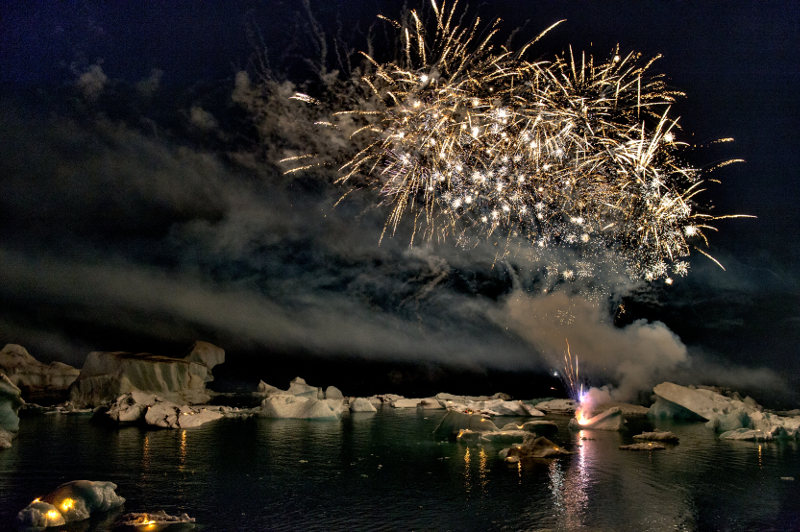 If you want an exceptional New Year experience with spectacular natural occurrences to match, look no further than Reykjavik. Through the Deluxe Gala Evening Program at the Grand Hotel, you can enjoy a lavish five-course meal. Then, delve into the traditions of Iceland a little further by viewing of one of the largest New Year’s Eve bonfires in the country at Breidablik.

After dessert, enjoy the fireworks against a backdrop of the Northern Lights, accompanied by sparkling wine and canapés. Iceland Travel Tour prices range between $1000 and $1400, depending on which tailored experience you decide is right for you.

For New Years with a view nothing beats the heights of the Seattle Sky Needle. At $367 for tickets to the SkyCity Soiree or $174 for the Observation Deck Dance Party the dizzying heights and dazzling 360 view of the city will delight any traveler with a taste for the high life. 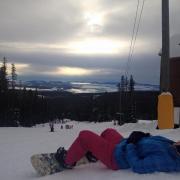 Erin is a student and freelance writer living in Brisbane, Australia. Her passions mostly revolve around food and her number one travel goal is to complete a food driven tour of the world. Erin also enjoys watching films and writing screenplays, as well as snowboarding and napping.