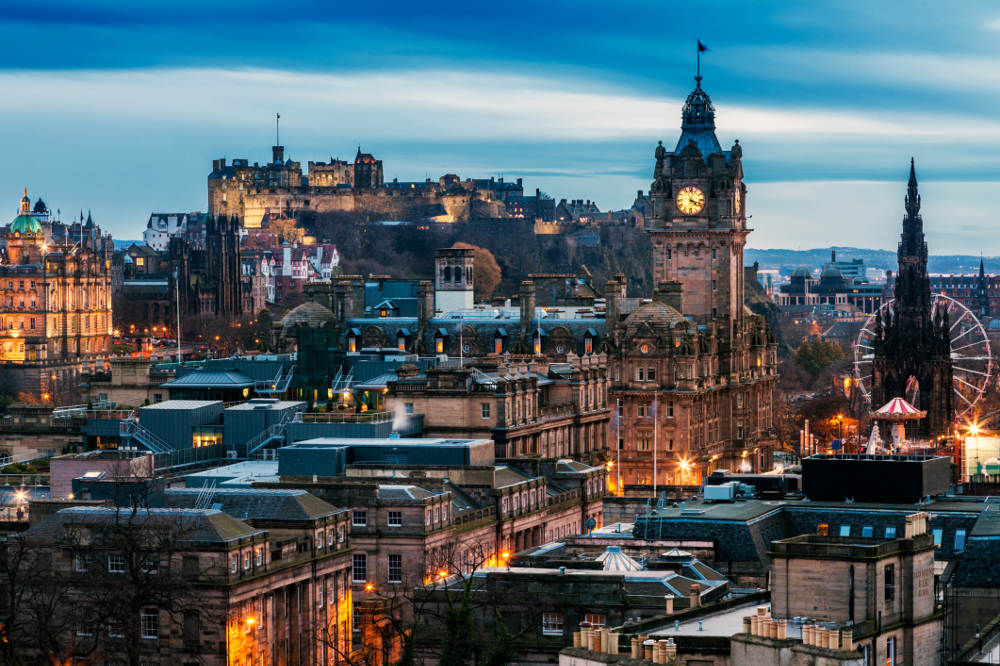 Our experts offer a guide to 10 of the best places and cities to visit in Scotland, in the United Kingdom, for families, kids and couples, including the cities of Edinburgh and Glasgow, the isle of Skye and the Cairngorms national park, and what to do when you get there.

Edinburgh is one of the world's most beautiful cities. Picture: Getty Images

Linda Macdonald, Telegraph Travel’s Edinburgh expert, writes: “It is not difficult to understand how local boy Robert Louis Stevenson came to write Dr Jekyll and Mr Hyde, growing up as he did in a city of such extraordinary variety. From the history-soaked medieval Old Town to the sweeping Georgian elegance of the New Town, Edinburgh deserves its reputation as one of the world’s most beautiful and compelling cities”.

If you can, visit during Hogmanay (New Year), or the annual summer arts festival.

“Glasgow is back,” says Gavin Bell, our expert. “Once the second city of the British Empire, when its shipping, industry and commerce circled the globe, it has reinvented itself as a cultural powerhouse of music, creative arts, theatre, design and innovative cuisine.”

It is architecturally impressive, with “a wealth of extravagant Victorian buildings in red and blond sandstone … Italianate palazzo facades, Art Nouveau reminiscent of Gaudi, and classical Greek and Roman motifs”, and is a “sociable city that has always known how to party”. 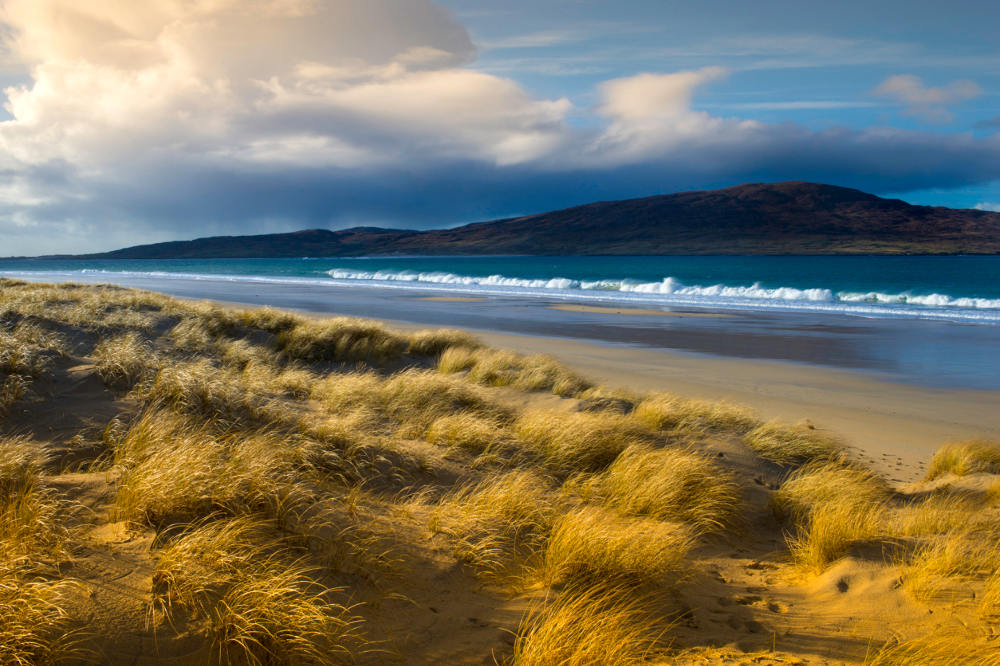 Blue and gold at Luskentyre on the Isle of Harris. Picture: Getty Images

Scotland isn’t the most obvious choice for a beach holiday but the 15 inhabited islands that make up the Outer Hebrides can boast some of Europe’s most beautiful stretches of sand – many of which could easily be mistaken for somewhere in the Caribbean. On mountainous Harris, head for Luskentyre, an ethereal blur of swirling sands and shimmering blue streaks; or Scarista which, being prone to big Atlantic swells, attracts surfers.

On North Uist try Traigh Lingeigh and Traigh Hornais for great sea views; Hosta Beach for surfing; or West Beach, 4.8 kilometres of blissful solitude on Berneray. And on Barra, it has to be Traigh Eais, an exhilarating 1.5-kilometre stretch of sand; Traigh Mhor, the world’s only beach that doubles as an airport; or Tangasdale Beach, a great spot for sunsets, with powder sand and deep blue seas, and framed by low green headlands and black rocks.

This chain of 79 islands – 35 of which are inhabited – can boast some of Scotland’s most fascinating destinations. Iona is a haven of peace, its Abbey a place for quiet reflection amid the sacred remains of 60 Scottish, Irish and Norwegian kings.

There’s whisky galore on Islay, with no fewer than eight distilleries, as well as tranquil beauty, sweeping vistas and more than 20 beaches. Jura is a land apart, among the wildest and most rugged places in Britain. There are stags on the hills, otters by the shore and golden eagles among the crags – and barely 200 people living along its only road.

And Mull, meanwhile, offers imposing mountain scenery, the town of Tobermory, known for its brightly painted waterfront houses, and a beach of golden sand and crystal clear water at Calgary.

Stop for a wee dram: The Home Of Scotch Whiskey 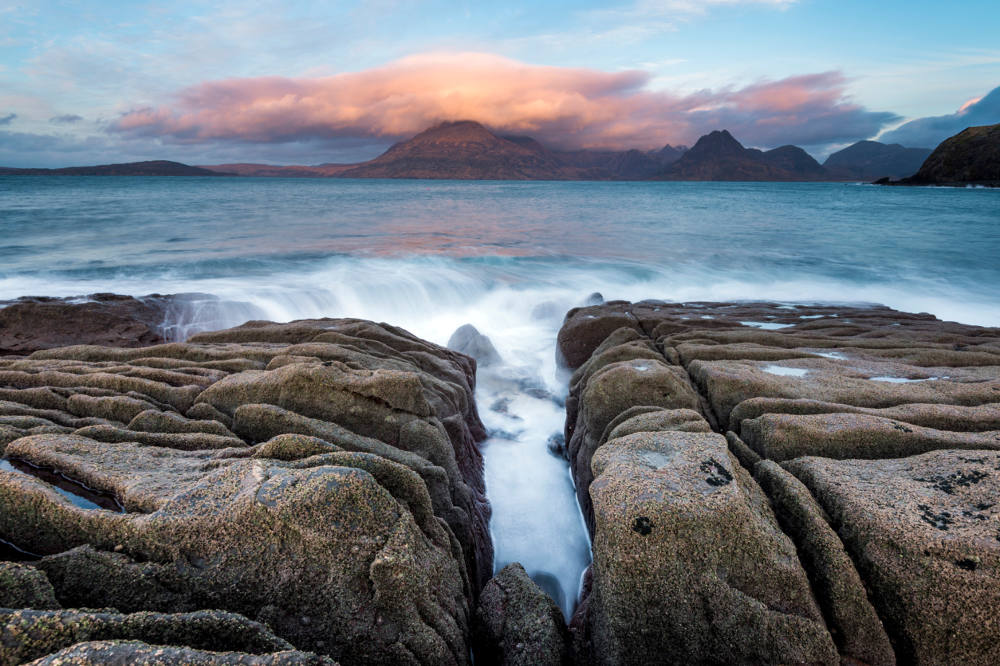 The view from Elgol to the Black Cuillin mountain range. Picture: Getty Images

The largest of the Inner Hebrides deserves its own entry. Elgol’s boulder-strewn beach is a good place for visitors to start.

The view from here of the mighty Black Cuillin mountain range has been lauded as the finest in Britain. Then head for a walk around the Quiraing, between Staffin and Uig or a wild swim in the crystalline waters of Glen Brittle’s Fairy Pools.

Telegraph Travel’s Caroline Shearing recommends a visit in May or early June. “Lambs frolic against a backdrop of snow-capped peaks, spring flowers carpet an already glorious landscape, and seabirds, including puffins, return to nest on its coastal fringes,” she says. “A visit at this time of year also offers a good chance of avoiding the worst of Skye’s weather.”

One of Scotland’s two national parks, the Cairngorms is a true mountain wilderness and contains five out of six of Scotland’s highest peaks, and four out of 10 of the highest in Britain. Mike Dennison, in his insider guide to the park, recommends a walk around Loch Muick, or cycling the Speyside Way.

His favourite view is from the top of 1,309-metre Ben Macdui. Skiing is possible in winter, while the Cairngorms are also one of the last remaining British strongholds of the red squirrel. 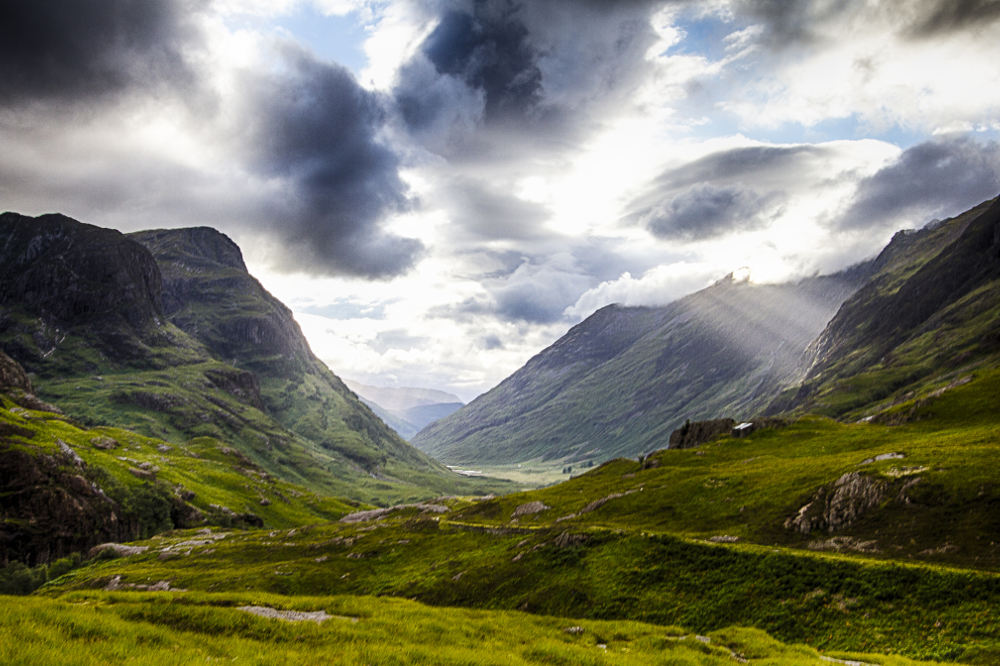 Ghosts of the massacre of MacDonalds linger at Glencoe. Picture: Getty Images

The second-largest settlement in the Scottish Highlands is a popular base for climbers and hikers targeting Ben Nevis and other surrounding mountains. It is within easy reach, too, of Glencoe – a haven of windswept, rocky splendour.

“It is one one of the most dramatic, haunting places in Scotland,” says Gavin Bell. “There are mountains, and a history of clan warfare. It is a broad highland meadow in the heart of Glencoe, scene of the infamous massacre of MacDonalds by Campbell soldiers in 1692. Most visitors are content to drive through the glen, stopping to marvel at three massive, brooding buttresses on one side and a towering, knife-edge ridge on the other. Those who take a rough footpath up to the lost valley find a historic hiding place of stolen cattle, in a wilderness stalked by the spectres of murdered clansmen. If hairs rise on the backs of necks, it may not be down to the wind.”

And be sure to find time to board the Jacobite Steam Train from Fort William to Mallaig. It is one of the most picturesque rail routes in the world and includes a crossing of the Glenfinnan Viaduct, which featured in the Harry Potter films.

Shetland and Orkney are Scotland’s most northerly archipelagos. Orkney, the closer of the two, is littered with archaeological treasures, including Skara Brae, a 5,000-year-old housing complex, while there’s a lively arts and folk music scene in Kirkwall, the capital.

The picturesque harbour town of Stromness was home to the late poet George Mackay Brown, who wrote: “The essence of Orkney’s magic is silence, loneliness and the deep marvellous rhythms of sea and land, darkness and light.”

Shetland’s draws are similar. It is also a naturalist’s paradise, home to puffins, guillemots, razorbills, gannets and thousands of seals, and possesses some magnificent sandy beaches. Consider timing your visit to coincide with Up Helly Aa, the traditional midwinter fire festival, which features torch-lit processions and the burning of a galley.

Between the two lies Fair Isle, Britain’s most remote inhabited island, with around 70 residents. 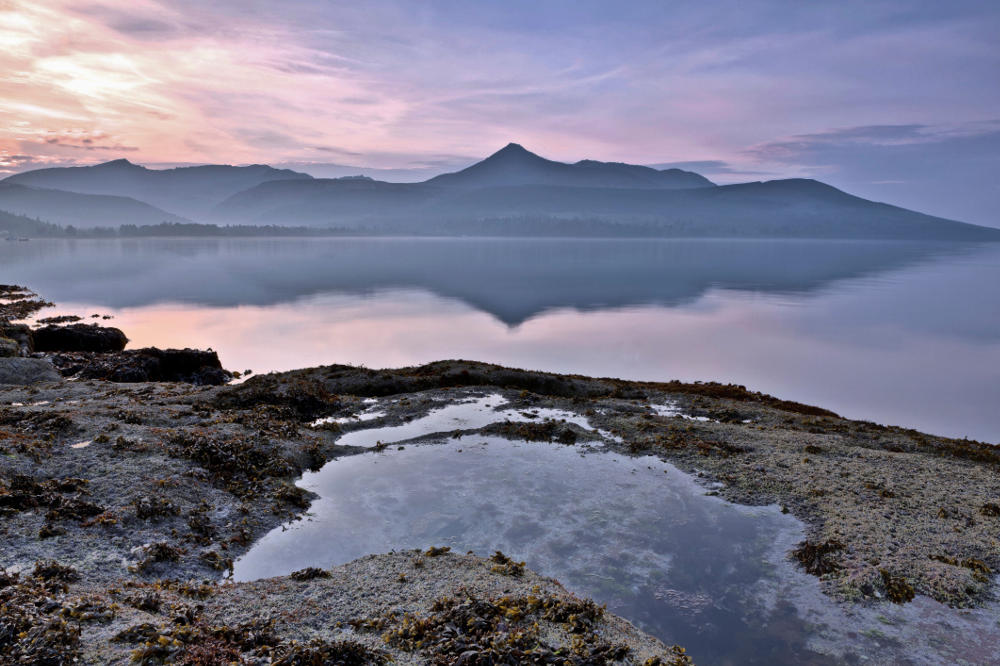 South of the Hebrides, in the Firth of Clyde, the Isle of Arran is “Scotland in miniature”, according to Gavin Bell, a “jumble of hills and glens and pretty seaside villages that can be explored in a day, but better in two, within easy reach of Glasgow".

“The Highland fault line divides the island, separating the verdant south from the wilder mountainous landscape of the north. In the middle stands heather-clad Goatfell, the highest peak at 2,866 feet (875 metres). It is a relaxed, whimsical place with a slow heartbeat. And there is, of course, a distillery producing golden drams from the island’s sweetest water.”

The isolated stretch of coast has empty beaches worthy of Robinson Crusoe. At the very end of the peninsula, Scotland's most westerly point, lies Sanna Bay. Artists and photographers come here for the astonishing colours – snow-white sand dunes, aquamarine seas and jagged black rocks – and striking views of Muck, Eigg and Rum. Nature-lovers collect shells and look for dolphins and whales.

Best of the rest

The Scottish Borders, home to numerous castles and abbeys; the recently revived Dundee, with its burgeoning arts scene; and Fingal's Cave on the uninhabited Isle of Staffa is Scotland’s answer to Giant’s Causeway.

The A9 from Stirling to Inverness is "the most beautiful A-road in the world", according to Telegraph Travel's Ben Ross. And the best cycle route? That would be the Bealach na Ba on the Applecross peninsula, described by Simon Warren in his book 100 Greatest Cycling Climbs as Britain’s “toughest and wildest”.

This article was written by Telegraph Travel from The Daily Telegraph and was legally licensed through the NewsCred publisher network.

Inside The Langham's $51,000-A-Night Sterling Suite