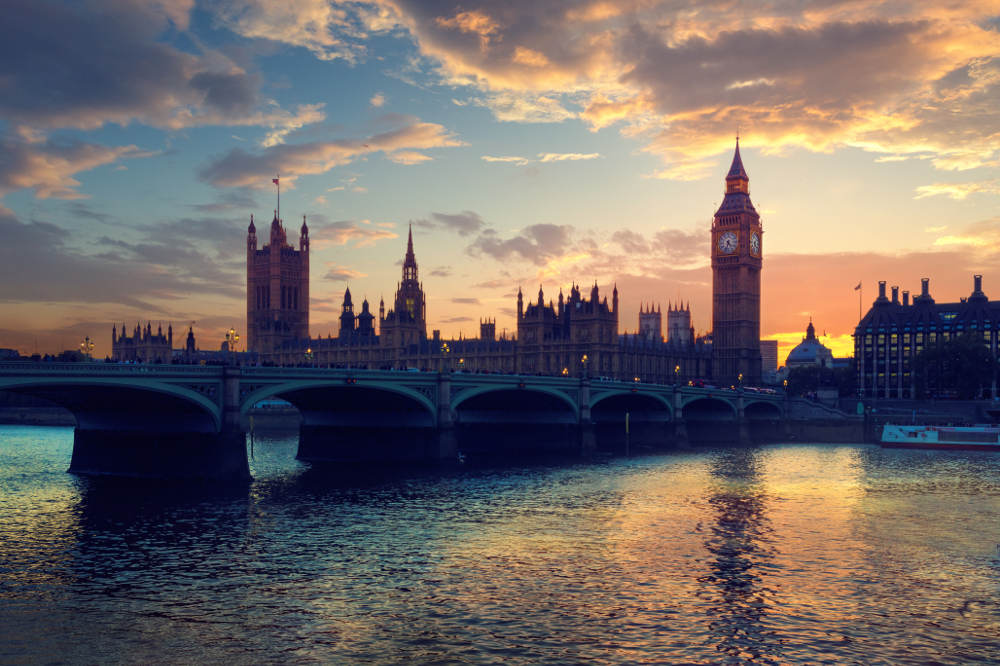 A guide to the best Michelin-starred restaurants in London, featuring Alain Ducasse at The Dorchester, Fera at Claridge's, Outlaws at The Capital, Dinner by Heston Blumenthal at Mandarin Oriental and MARCUS at The Berkeley.

Alain Ducasse at The Dorchester, Mayfair

For memorable tastes matched with superb service, the three Michelin-starred Alain Ducasse at The Dorchester offers French cuisine served in a hushed but enjoyable atmosphere. The flamboyance lies in the dishes, such as the signature Saute Gourmand of Lobster, and Baba like in Monte-Carlo dessert with its choice of five rums.

Ask to see the kitchens, where 23 chefs beaver away in their smart white toques.

After Gordon Ramsay vacated the space in 2013, the baton was passed on to British chef Simon Rogan, of two Michelin-starred L’Enclume in the Lake District, and the restaurant received its first Michelin star this year. The restaurant’s menu takes its cue from the changing of the seasons (Fera is Latin for ‘wild’), and uses all-British produce sourced from Rogan’s Cumbria farm – dishes can include crisp fried stewed rabbit and lovage and raw Cumbrian beef with smoked broccoli cream, scallop roe and apple juice.

Helene Darroze at The Connaught, Mayfair

Named the world’s best chef this year, Helene Darroze’s two Michelin-starred restaurant at The Connaught serves fresh, ever-changing dishes. On the menu, you might find the prettily presented ‘limited edition’ wild salmon from the Adour, dotted with smoked haddock cream and Oscietra caviar, and Scottish blue lobster with lobster crumble and curry emulsion, matched with a stunning Riesling.

Outlaw's at The Capital, Knightsbridge

Chef Nathan Outlaw, who has two Michelin stars at his eponymous seafood restaurant in North Cornwall, runs Outlaw’s at the Capital. He has a Michelin star here, too, and fish, simply and subtly cooked and shipped fresh from the West Country, is the mainstay of the menu.

You might be offered grilled lemon sole with parsley, lemon and garlic dressing, or wild sea bass with saffron cucumber and mussel sauce. There’s a well-selected international wine list and the house bottles are from the hotel owner’s own vineyard in the Loire Valley.

Mandarin Oriental is spearheading a drive to get the world’s best chefs into its hotels and here guests will find Heston Blumenthal's highly praised, two-star London address, Dinner. A celebration of 600 years of British cooking, the menu lists the year that each dish dates from.

The signature dish is meat fruit, chicken liver parfait encased in mandarin jelly and created to look exactly like a mandarin orange.

Something for foodies closer to home: Noma To Open Pop-Up Restaurant In Sydney

A Queensland favourite: The Chef's Table At One&Only Hayman Island

MARCUS at The Berkeley, Knightsbridge

The two Michelin-starred restaurant by Marcus Wareing at The Berkeley was refurbished in 2014 after 10 years in residency (now it’s simply called MARCUS). The menu has been relaxed slightly, but still offers the same fresh, European dishes that it did before – think sweetbreads with almond and pear, dorset snails and turbot with gnocchi, and quail with corn bread.

The hotel’s top-floor restaurant – with views over Hyde Park – serves classic French cuisine with a Korean injection (by way of recently appointed head chef Joo Won). The seven-course degustation menu (from £110/$A235) includes dishes such as scallop ceviche with Aquitaine caviar, pickled kohlrabi and sweet soy, and balllotine of foie gras.

One of the main attractions of St James’s is Seven Park Place, where chef William Drabble weaves his Michelin-starred magic. With only nine tables, it is intimate and made even more so by the way the tables are imaginatively separated.

The menu blends French and British influences, such as grilled red mullet with goat cheese ravioli and saddle of venison with celeriac and beetroot and juniper jus. The hands-on sommelier will recommend a different wine with each course.

Ametsa With Arzak Instruction, The Halkin by COMO, Belgravia

A bizarre ceiling of hundreds of test tubes filled with yellow sand sets the tone for the cooking. In 2013 the restaurant re-opened under the auspices of Juan Mari Arzak and his daughter Elena, whose three-Michelin starred restaurant in San Sebastian is one of the leading lights of experimental modern Basque cooking.

Ametsa with Arzak Instruction has already won a Michelin star, and the presentation is certainly impressive and highly contemporary, immaculately choreographed by the waiting staff.

As the name suggests, Angler, overseen by Tony Fleming – previously at One Aldwych, and on Celebrity MasterChef – specialises in seafood. Dishes favour simplicity and tried-and-tested combinations, such as halibut with brown shrimp and capers; bass with razor clams and chorizo; or cod with peas and pancetta.

Meat is also on the menu – a rabbit tortellini and the pork loin with ravioli of cheek, girolles and truffle were both packed with flavour. The wine list features an impressive 250 bottles.

Alyn Williams at The Westbury, Mayfair

He worked with Marcus Wareing at The Berkeley (which is also on this list) for eight years, so it’s no surprise that Alyn Williams’ eponymous restaurant at The Westbury has garnered such sweet success. The fine-dining menu is made up of seasonal ingredients, inspired by his father’s fondness for gardening, and includes rich and interesting combinations, such as aerated fois gras with pineapple, green tea and lime salt, and Australian black truffle risotto with spring onion and mascarpone.

Sriram Aylur serves a modern menu inspired by the south-west coast of India. The restaurant claims to import more fresh Indian spices than any other Indian restaurant in Britain.

One Night In A Deserted Paradise

Conquering Your Fears In Alaska