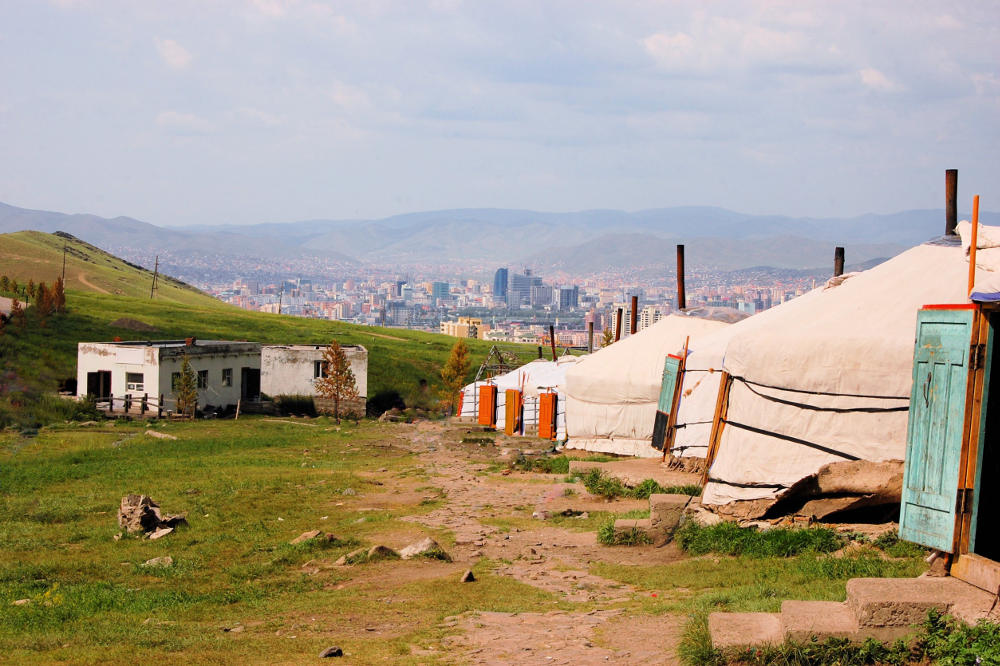 Trans-Siberian: Crossing The Steppes In Style

Siberia came as a shock. Reading and dreaming had prepared me for a land in keeping with prison and political exile; for cold and wind and permafrost.

I expected that even though I’d read the forecast for the end of August. What I didn’t expect was to be peeling off layers and putting on a hat; to be walking station platforms where petunias nodded in a breeze; to be looking out from the train window over fields of sunflowers.

In Irkutsk, which Chekhov thought “the Paris of Siberia”, we met a corresponding warmth in the people. We’d stopped after 6am at a platform for tourist trains by the Angara River which, on a dozy first peep through compartment curtains, looked much like the Thames Embankment.

We’d taken a coach into town, and snapped wedding couples by the boat-shaped Church of Our Saviour. We were returning to the coach when the mother of one bride pulled half a dozen of us into her party.

She put plastic tumblers in our hands, nudged an embarrassed best man towards us with a bottle of bubbly, and bade us join in a toast to the bride and groom. Then she had them toast us.

The only place in Siberia where there was a real nip in the air was in my compartment on the train. And that was only because Anton, the fresh-faced attendant, turned the airconditioning on full blast every time I stepped outside.

I’m sure he was trying to be helpful. Anton – and this was true of all the staff – was nothing like the attendants Eric Newby encountered while writing The Big Red Train Ride in 1977; attendants who, he found, rebuffed all requests as if they had been “trained to beat off packs of wolves”.

And my train was nothing like Newby’s. He travelled on service trains, on which, these days, you can do the nearly 9,700 kilometres from Moscow to Vladivostok in a week in first class for about $A1,500 in summer.

I was on the Golden Eagle Trans-Siberian Express, a private train run by a Cheshire-based company that began operating in Russia in 1991, just before the Soviet flag ceased flying over the Kremlin. With Golden Eagle, you spin out the journey to 12 nights, with sightseeing at half a dozen places en route.

I was on board because the Trans-Siberian is, as Newby put it, “the big train ride. All the rest are peanuts.”

I’d sent writers on it, edited two anthologies including articles about it, but I’d never done it myself. With the centenary due in 2016 of the opening of a route running wholly through Russia (it originally went through Manchuria, too), I thought it was time I caught up.

Most of my fellow passengers had chosen Golden Eagle because they were of an age – late 60s on average – and income that made them disinclined to join queues for a loo or a shower or spend the small hours downing vodka toasts with Russian squaddies. One British couple, a retired senior police officer (who did enjoy his vodka) and a marketing director, had paid for an Imperial Suite (£22,000/$A45,800 per person sharing), which bought them a king-size bed on the train and a private guide and car when they were off it.

Among the 70-or-so passengers were two sizeable groups – one from Britain, one from Brazil – half a dozen Americans, a family of Israelis, two Argentinians and five Australians. Betty Michie, one of the last, was at 86 the oldest on board – in years but not in spirit. In the days when midwives rode bikes she’d trained in Britain; in the days of the shah she’d driven with a colleague from Tehran to London.

Mark Ayre, who promotes genealogy through the Burke’s Peerage Foundation, was one of the youngest at 26, and would demonstrate it at stations where stops were briefest. While Maria, 65, and Zuly, 75, the two jolly Argentinians, stepped down only to light up, like bike-shed schoolgirls, he put on running kit and did laps of the platform.

Our proper stops, our touring stops, were at Kazan, Yekaterinburg, Novosibirsk, Irkutsk, Lake Baikal, Ulan-Ude and, in a day’s diversion to Mongolia, Ulaanbaatar. Lake Baikal remains distinct in the memory, as does Ulaanbataar, a city with gers in the shadow of skyscrapers.

An hour from Ulan-Ude, capital of the Buryat autonomous republic, we visited a town established by the Old Believers, a splinter group of the Russian Orthodox Church whose members were persecuted in the 17th Century by a reformist patriarch (for continuing to bless themselves with two fingers rather than three) and in the 20th by the Bolsheviks (for believing in a god other than Marx). The head of their community centre, stout in both senses, put our own journey in perspective by telling us her ancestors had walked for a year to get there.

Other stops have become blurred in the mind, like the landscape I looked out on through the train window, which was not so much memorable as mesmerising: the ranks of silver birch, the kilometre after kilometre after kilometre of steppe, running away from the line as if they might go on forever. Who says we live in a shrinking world? The Trans-Siberian tells you otherwise.

From Novosibirsk, we travelled by coach 32 kilometres to Akademgorodok, a city of scientists in the Golden Valley of the River Ob. Olga, a geologist as bubbly as her blonde perm, gave us a teach-in on the region’s mineral wealth, a sizeable measure of which was in the rings on her fingers and the pendant round her neck.

Could we guess what name had been given to Siberia’s largest diamond, which weighed 342.5 carats? Of course not, she said with a smile; she wasn’t expecting an answer. Because the diamond was called Twenty-Sixth Congress of the Communist Party of the Soviet Union.

Some of Olga’s counterparts on our excursions made similar jokes about the way things used to be. One, having reminded us what happened under Stalin, went on to say: “You know, nowadays people still want to have some Stalin at the head of the government. Amazing!”

But another Olga, on being asked what she thought of Russia’s current president, told us: “Putin is a strong man, and this country at this time needs a strong candidate. This country needs the whip.”

The whip, though, hasn’t proved terribly helpful to tourism. Following events in recent years in Ukraine, including the unexplained crash of a civilian aircraft with 298 people on board and Russia’s annexation of Crimea, bookings for the Golden Eagle had halved, and ours was the first full train in 2015.

The kitchen and waiters, it seemed, were having trouble readjusting. On the first night, all four people at the table I shared in the restaurant car sent their main course back because it was cold.

Things were much better at breakfast, when there were fewer passengers eating at one time, but at lunch and dinner most 'hot' dishes were at best warm. Soups were always hot – and delicious.

In the restaurant car and the bar (where the Pianist of the Sorrowful Countenance read his score from an iPad) there were two camps: the Brazilians, and the rest. The Brazilians were glossier, louder in dress and voice.

Moving between carriages, they seemed to sway and samba rather than lumber and lurch. But they left doors open and jumped queues, which didn’t endear them to the British.

The camps began to come together at Lake Baikal, the single stretch where our train was steam-hauled. Stepping down, we looked out from a cove on water which, but for the mountains rising to the right, might have been a sea.

The air temperature, we’d been told, was 15C, the water 10 degrees cooler. “If you are brave enough, swimming will be your sport.”

Some 20 of us were. As we towelled ourselves dry afterwards, Albert, one of the waiters, appeared with a trayful of warming vodka shots.

At a barbecue that evening above the lake, with a speaker pumping salsa and disco from a phone, the Brazilians made a dance-floor of the decking, and pulled on to it even the most trainspotter-ish of the Brits. It was a short-lived carnival.

All but a couple of the Brazilians left the train at Ulaanbaatar, to take their party elsewhere, and they were missed when they’d gone. The British did what they could to fill the gap – with a tiddlywinks competition.

I never tired of looking out the window, waiting for a glimpse of humanity or another wrecked car erected on a plinth as a warning to motorists at a level crossing. For those who did, there were film screenings, with discussions chaired by the formidable train manager, Tatiana.

There were Russian classes, too. Those who had learnt the word for smile (ulybka) tried it out on Albert, the Waiter of the Sorrowful Countenance, and managed to make him laugh.

End of the affair

And then we were at Vladivostok. We had ourselves snapped in front of a pillar saying we had travelled 5,805 miles ($9,340 kilometres) from Moscow.

Then we boarded a coach for our final tour, of a city which, in common with San Francisco, has steep streets, much-trumpeted bridges and, quite often, fog.

Once again, we had brought the sun with us. Our guide, Svetlana, told us: “For the past two-and-a-half-weeks it has been raining heavily and foggy. But you will see Vladivostok as beautiful as it often can be.”

This article was written by Michael Kerr from The Daily Telegraph and was legally licensed through the NewsCred publisher network.