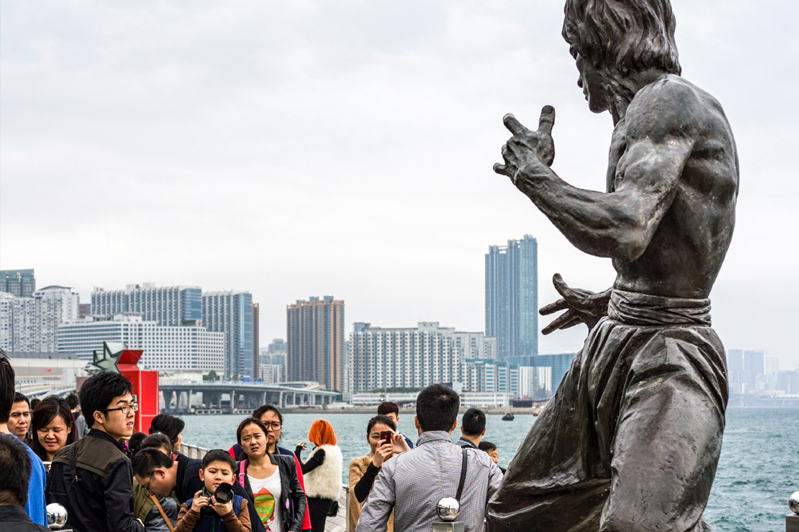 How many Hong Kong movie stars can you name? Even if you think you don’t know any, chances are you’ve heard of Bruce Lee. The San Francisco-born and Hong Kong-bred action icon is one of the city’s favourite sons and now you can follow in his footsteps with a dedicated tour that showcases the experiences that made the man. The six-hour Wing Chun Kung Fu Experience tour is not just for the fans. Bruce Lee, the man, may have exited the mortal realm early, but the legend lives on in his popular films such as Enter the Dragon and Fist of Fury. While this tour may particularly resonate with martial arts enthusiasts and film aficionados, the immersive experiences and comprehensive exhibition of his life showcased on the tour highlight Lee’s discipline and drive, providing an insight into one of most mythologised screen stars of the Seventies. Surprisingly, the action star known for his high-kicking moves began as a disciple of wing chun – a close-combat style. We’re taken through a series of moves in a one-hour lesson by Master Sam Lau at his Kowloon school, Sam Lau Wing Chun Kung Fu, where the deceptively simple skills are demonstrated by some Italian exchange students and practiced by us, with varying degrees of execution and grace. 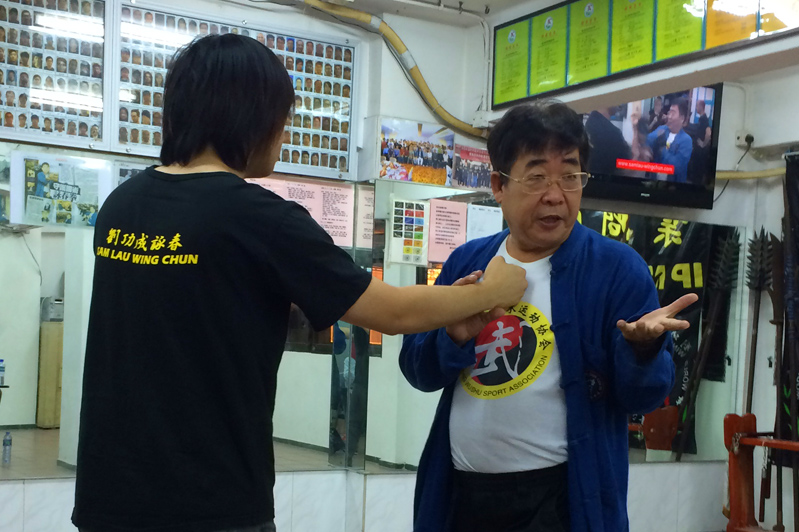 Sam Lau was a student of Yip Man, the master who taught Bruce Lee, and he explains that wing chun was created by a Shaolin nun, Wu Mei, who modified the temple’s kung fu traditions for those with small figures – making wing chun an excellent self-defence choice for women. It’s a study of technique and practice, but one area you won’t need restraint is dim sum – reportedly a favourite of Bruce Lee and his Sifu (Master). Hong Kong is synonymous with dim sum, and there are plenty of renowned restaurants to sample this delicious tradition. Our guide, Kevin, whisks us upstairs to a banquet-style Chinese restaurant not far from the wing chun school. A smorgasbord of dumplings, steamed buns, rice, noodles and greens descend on the table in rapid succession, ticking off favourites like chao siu bao (roast pork buns), har gow (steamed prawn dumplings) and hot jasmine tea.

For a different side of Kowloon:  The Underbelly Of Hong Kong While in Kong Kong: Enjoy Some Green Space

Sated, it’s back to the tour bus for the drive over to Avenue of the Stars, Hong Kong’s version of the Hollywood Walk of Fame, where the leading lights of the local film industry are honoured with plaques along the Tsim Sha Tsui Promenade. Against the backdrop of Victoria Harbour, Bruce Lee stands – legs akimbo in fighting stance – immortalised in bronze. There’s little respite from the midday sun though, so we’re relieved to leave bronze Bruce and head to the New Territories in the air-conditioned mini-bus. Our final stop on the tour is the Hong Kong Heritage Museum and the Bruce Lee: Kung Fu, Art, Life exhibition.

Statue of Bruce Lee on the Avenue of Stars, along the Tsim Sha Tsui waterfront. Image: Getty images.

Curated in conjunction with the Lee Foundation and family, the interactive and detailed exhibition tracks the icon from his formative years to school photos, poignant personal family images, videos of Bruce the cha-cha champion, training tools and schedules, costumes and film stills from his TV and movie appearances (shockingly, Bruce Lee was paid less than an actor in a guest role for his main part as Kato in The Green Hornet), and even a replica of his bookcase to see the tomes that influenced Bruce Lee and the martial arts system, known as Jeet Kune Do, he founded. There’s even an exhaustive display of memorabilia, including magazine covers, action figurines and toys collected by an avid American Bruce Lee fan. Over 40 years after his death, it’s a fitting ending to understanding the pop culture icon and kung fu hero to many around the world, not just in Hong Kong.

Would You Cross China's Glass-Bottomed Bridge?

Living With Predators In Canada