Previously out of reach to the average traveller, in 2012 Myanmar opened its doors to tourism after five decades of army-imposed hibernation. But now its rich culture, unspoiled attractions and natural beauty have turned it into Southeast Asia’s hottest new destination. Here are three musts to tick off your list when planning a visit to the regions of the country formerly known as Burma. 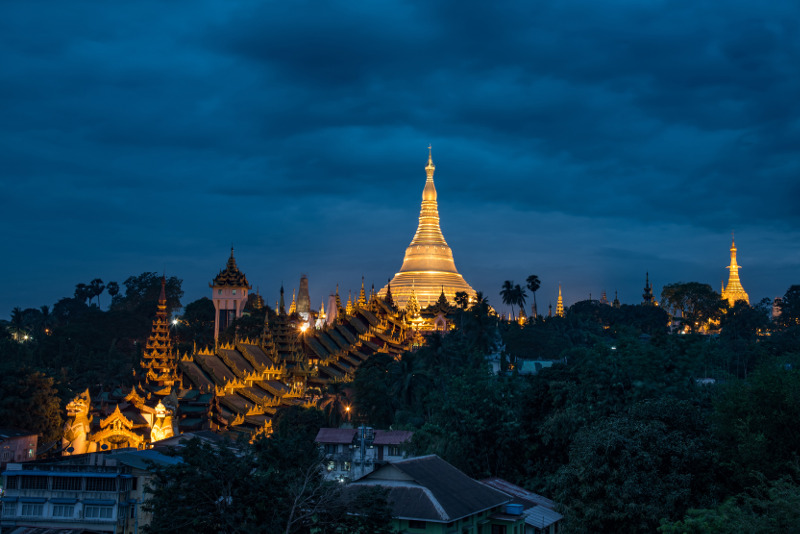 Glistening temples rub shoulders with colonial-era buildings, while a busting population of more than seven million people fill busy markets and lip-smacking street side eateries. To get an introduction to Myanmar and Burmese culture, there’s no better place to start your adventure than in the country’s biggest city of Yangon.

Kick-start your sightseeing by ticking off the most important - and most visited - religious site in the country, Shwedagon Pagoda. The beating heart of the city, it’s said that if you don’t visit this gigantic golden, stupa, then you haven’t actually visited Yangon. 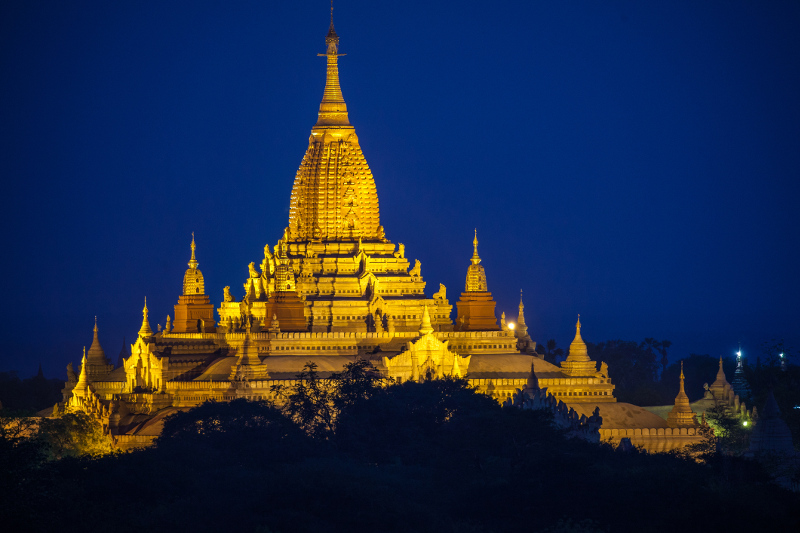 To get a sense for the country’s turbulent history, make a pit stop at the National Museum. Housing 14 halls of artefacts, exhibitions are themed to cover everything from religion and national history, to transportation and rural life. The gem-incrusted throne belonging to Myanmar’s last king is particularly impressive.

Retail-fiends will love the bargainous Bogyoke Aung San Market. Although aimed at tourists, it’s a one-stop-shop for every souvenir and handicraft for which the country is famed. Think longyis (the Burmese equivalent of a sarong), hand carved wooden Buddhas, lacquerware, jewellery and everything in between. 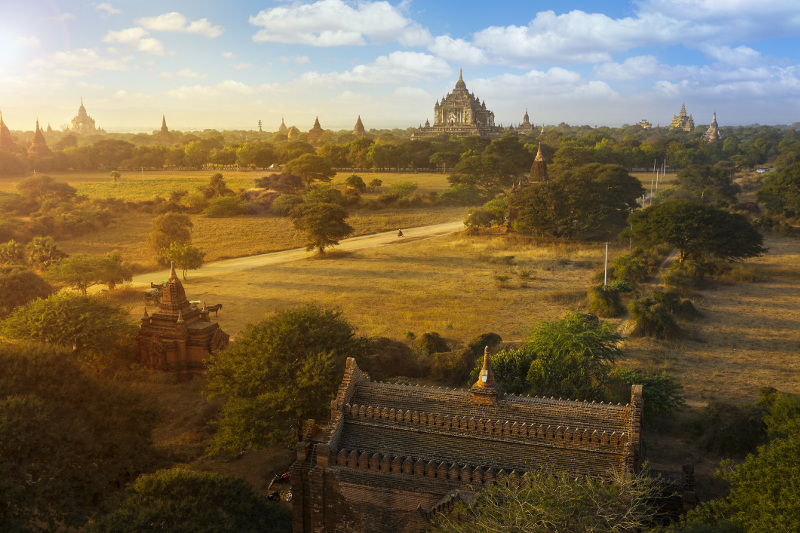 Once one of the greatest cities in Southeast Asia, today the ancient temple-studded plains of Bagan is still one of the most amazing places to visit.

Burma’s capital between the ninth and 13th centuries, the archaeological site contains more than 2,200 temples, stupas and pagodas, easily rivalling the likes of Cambodia’s Angkor Wat, and Peru’s Machu Picchu. However, unlike these two ancient wonders, there’s one big difference - right now, there’s the tiniest fraction of tourists. 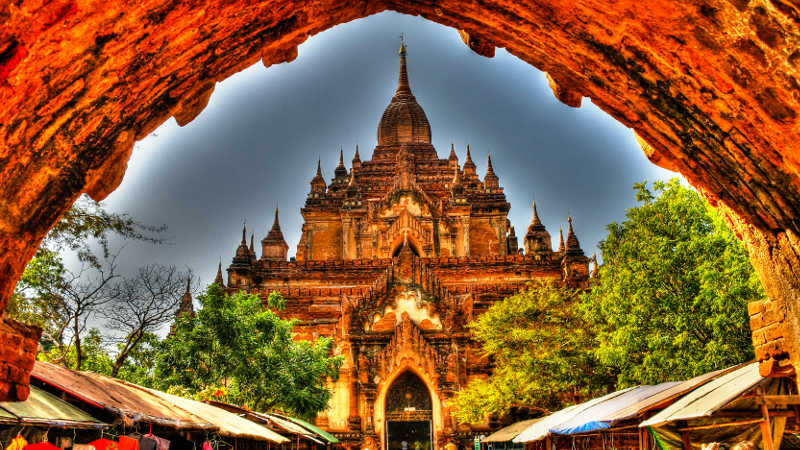 Bagan's Htilominlo Temple was constructed in 1218 and is famous for its elaborate plaster details.

Now officially called the Bagan Archaeological Zone (which comprises four areas) once you’ve paid an entrance fee you can explore the area for up to five days at your leisure. The scope of these magnificent monuments is a testament to the religious devotion of the Burmese over the centuries. Explore during the day but make sure to scale a high temple and look across the site at sunset or sunrise. Seeing the temples and stupas dramatically silhouetted by the sun is truly the stuff of bucket list material.

More from Myanmar: A Return to Burma

Ready for your next Asian adventure?: Luxury Asia Holiday Packages 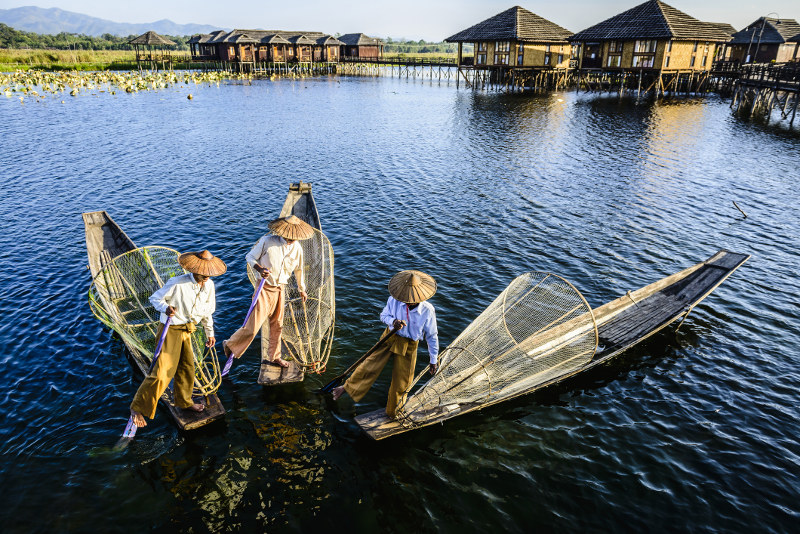 You can’t visit Myanmar and not include a visit trip to Inle Lake. A watery world that’s seemingly straight out of the pages of a storybook, the culture here is barely touched by the modern era. Entire villages and wooden houses perched on rickety wooden stilts over the glistening water. Local fisherman rowing in boats that are steered with their legs and colourful tribeswomen selling their wares at vibrant local markets - the sights will have you reaching for your camera every few minutes.

Outside of adventure-hungry backpacking visitors, the tourism industry here is still very much in its infancy, so quality hotels are in short supply. The lakeside Sanctum Inle Resort is one of the best. Positioned directly on the lake, its jetty allows for easy access and a large infinity pool makes for the perfect place to relax post-sightseeing. In-house restaurant, The Refectory, is also the perfect place to get an overview of the local Shan and Burmese cuisine. Serving dishes such as ‘mohingha’ (a hot and sour noodle soup that’s the unofficial national dish) and the omnipresent snack, ‘laphet’ (picked green tea leaves), menus are prepared using producer grown on the lake’s floating gardens.

9 Darwin Dining Experiences You Didn't Know You Could Have